Why are Covid cases declinng? How virus is falling or levelling off in every ... 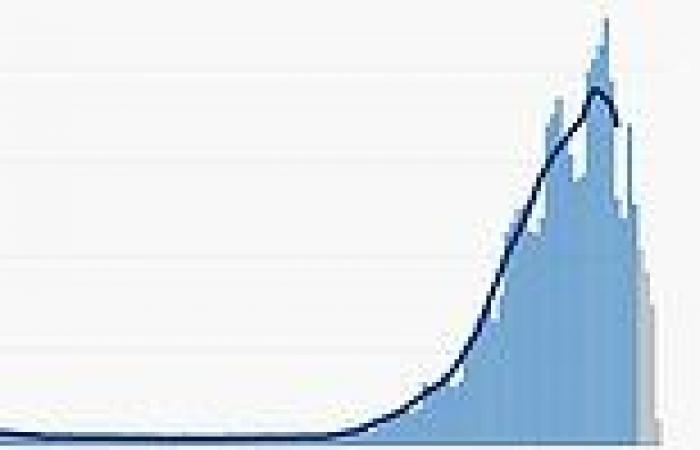 Covid cases are falling or levelling off in every region of England, official figures show, amid hopes that the third wave may have peaked weeks earlier than expected.

The Government and its scientific advisers had been expecting cases to rocket to at least 100,000 every day this autumn, with top SAGE member 'Professor Lockdown' Neil Ferguson claiming they could even top 200,000.

But, in an unexpected turn, daily infections tumbled for the fifth day in a row to just over 29,000 on Sunday, suggesting the country is already over the worst of the third wave.

As well as national case rates coming down, the latest regional data from the Government's coronavirus dashboard appears to show a decline or levelling off in every corner of England.

The outbreak in the North East, a hotspot for the Indian 'Delta' variant, was the first to peak on July 14, according to the data, when the seven-day average number of infections was 3,772.

The seven-day average is used to smooth out any fluctuations in daily cases to show an overall trend, but it lags by about a week from the situation on the ground.

Latest data for the North East shows there were just 2,559 positive tests on July 20, down 38 per cent on the previous week.

The region was followed by the West Midlands, which saw a 24 per cent drop in that time, and the North West and Yorkshire and the Humber (both 21 per cent).

The East Midlands recorded the fourth-biggest downturn in cases (18 per cent), followed by the South West (17 per cent), the East of England and the South East (both eight per cent), and London (four per cent).

It's unclear exactly what is driving the decline in cases across England. Scientists believe an 8 per cent fall in tests being carried out could be 'partly' behind the drop.

But others say it is likely to be a combination of factors, including the heatwave driving people outdoors as well as the virus running out of people to infect due to increasing immunity from the vaccine rollout and recent spike in infections.

NORTH EAST: Department of Health data suggests cases in this region peaked two weeks ago. The seven-day average has fallen from a peak of 3,773 daily cases on July 13, to 3,377 on July 17, the latest available, down by 10 per cent

WEST MIDLANDS: Covid infections may have peaked two days later in this region, falling from 4,814 on July 15 to 4,636 on July 17, the latest date they are available for, down by four per cent

NORTH WEST: Covid cases may have peaked in this region, which was the country's hotspot for the Indian 'Delta' variant. Less reliable data to July 20 shows they have dropped by 21 per cent from 6,488 to 5,098 daily infections

EAST MIDLANDS: This graph shows Covid infections in the East Midlands may also be falling at present. Less reliable data shows they fell by 18 per cent up to July 20 from 3,415 to 2,805 daily cases

SOUTH WEST: This graph suggests the third wave may have peaked in this region. Infections were down 17 per cent in the week to July 20, the latest, from 4,075 to 3,388

EAST OF ENGLAND: Covid cases were also down in this region. They have fallen by eight per cent from 3,697 to 3,394 daily infections

SOUTH EAST: Covid cases have fallen by eight per cent here from 5,182 to 4,787 daily infections being recorded

LONDON: Covid cases also may have peaked in the capital. Figures up to July 20 suggest they have fallen by four per cent in a week from 5,179 to 4,966 daily cases 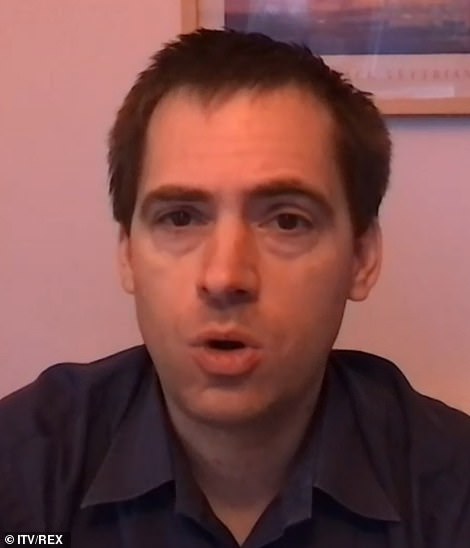 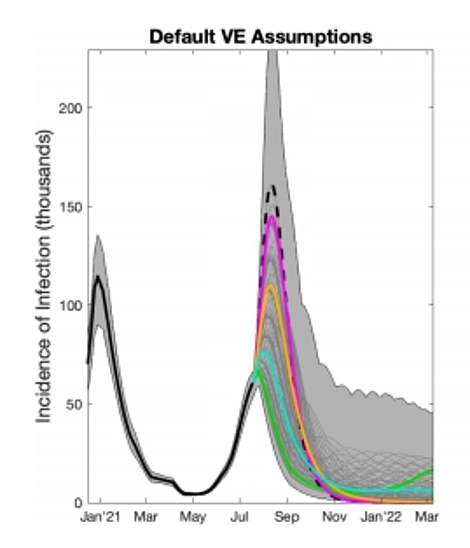 Dr Mike Tildesley (left) hailed Britain's falling cases as 'good news'. His team at the University of Warwick estimated there could be as many as 150,000 infections every day at the peak of the third wave this autumn (shown right)

Professor James Naismith, Director of the Rosalind Franklin Institute at University of Oxford, said: 'Any drop in case numbers is great news and to be warmly welcomed.

'I hope these testing numbers which show such a rapid drop in infections are an accurate reflection of reality. The roll out of vaccines in the UK has clearly made a huge difference to hospitalisations and deaths.

'The warmer summer days have also helped. Recent weeks have seen a real drop in the number of first vaccinations. I would urge the government, medics and my fellow scientists to continue to explain to the vaccine hesitant the benefits of these safe and effective medicines.'

'It is important to understand that the daily test numbers will only begin to see the effect of the end of lockdown towards the end of this week.

'Many scientists, myself included, expect the end of lockdown to see a rise in cases. However, we have been wrong before and we will be wrong in the future. Only charlatans claims omniscience. This is a new disease and we are learning more every day.'

Prof Adam Finn, Professor of Paediatrics, University of Bristol and a member of the Government's vaccine advisory group the JCVI, said: 'We need to be pleased about the recent fall in daily numbers of positive tests. Not confident about the implications, nor certain of what may happen next, but pleased simply because the numbers have spent 5 days not going up even further and faster.

'That means less viral transmission and eventually fewer hospitalisations and deaths than we feared and expected a week ago.

'We still have enough non-immune people around to reverse this trend if we completely stop trying to avoid spreading the infection and, self-evidently, many people are still making an effort to avoid becoming infected and infecting others, helped by the recent sunny weather that keeps us all outside.'

Many swabs are checked for the virus within 24 hours of the test being done, but in some cases this can take several days. Because of this delay, the seven-day average number of cases provided by the Government lags behind the current Covid situation.

Analysis: All the theories for why cases have plunged

SAGE experts had predicted Britain could face more than 100,000 cases a day by August.

But the country's Covid cases have now tumbled for five days in a row to just over 29,000 on Sunday, suggesting the worst of the third wave may already be over.

But scientists are stumped as to what has sparked the downturn. Below are the leading theories.

Some experts have suggested the school holidays have sparked the fall in infections.

School children are required to swab themselves for the virus twice a week.

But after the summer holidays began this month under-18s will no longer be tested regularly for Covid.

Government figures show about 1.01million swabs were carried out in Britain on July 22, the most recent date, down eight per cent on 1.18million in the previous week.

This drop is unlikely to be the sole reason behind the sharp decline in cases.

Professor Paul Hunter, an epidemiologist from the University of East Anglia, believes that cases were falling before Euro 2020 and only started to rise again due to increased mixing during the tournament.

In Scotland, cases started to fall after an immense spike 10 days after their final game in the competition.

Cases in England have followed an almost exact trend following the national team's loss in the final at Wembley on July 11.

However, Professor Hunter, like many other scientists, are warning that it is too early for the effects of Freedom Day on July 19 to start impacting the numbers.

They have warned it is possible they could begin growing 'exponentially' again in the coming weeks.

There is a lag in time between a person catching the virus, showing symptoms and receiving their test results before noticeable trends appear in the figures.

Dr Simon Clarke, a microbiologist at Reading University, said cases were now dipping to where they would have been without the Euro-fuelled surge.

More than nine in ten adults are now immune to Covid

PREV Taliban will BAN Afghan women from playing sport
NEXT Afghan heroes who risked lives helping UK troops are given permission to live ...

Not so mad Max: From footy nobody to standout captain mogaznewsen 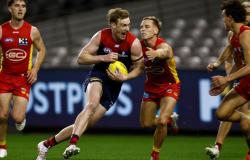