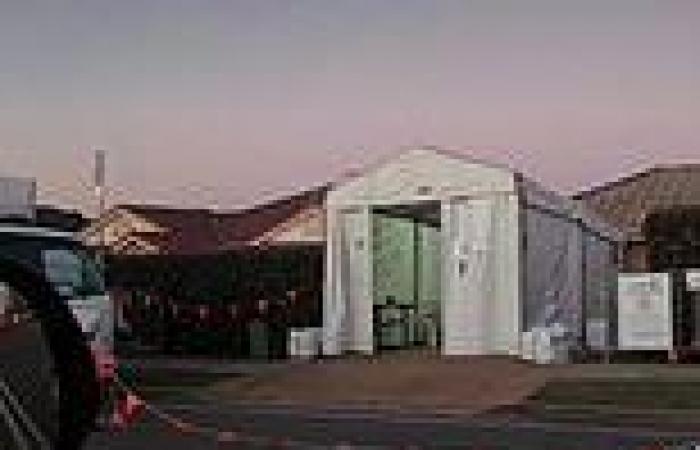 Another 170 cases of Covid-19 have been found in New South Wales overnight including 42 infectious in the community.

The announcement follows footage of decontamination tents in Sydney's north-west laying bare the reality of the city's Delta outbreak.

A handheld video shared to TikTok on Thursday evening showed at least six white tents set up in front yards in Sentry Drive in Parklea in Sydney's north-west.

The quiet suburban street was put on alert last week after at least five people at the Unisson Disability care home tested positive to Covid-19.

The footage emerged amid warnings Australia could be enduring lockdowns until next year as the country continues its elimination strategy until enough people are fully vaccinated against Covid-19.

Sydney is almost five weeks into a strict stay-at-home lockdown to slow the spread of Covid-19. Pictured is a masked pedestrian in the Sydney CBD on Friday 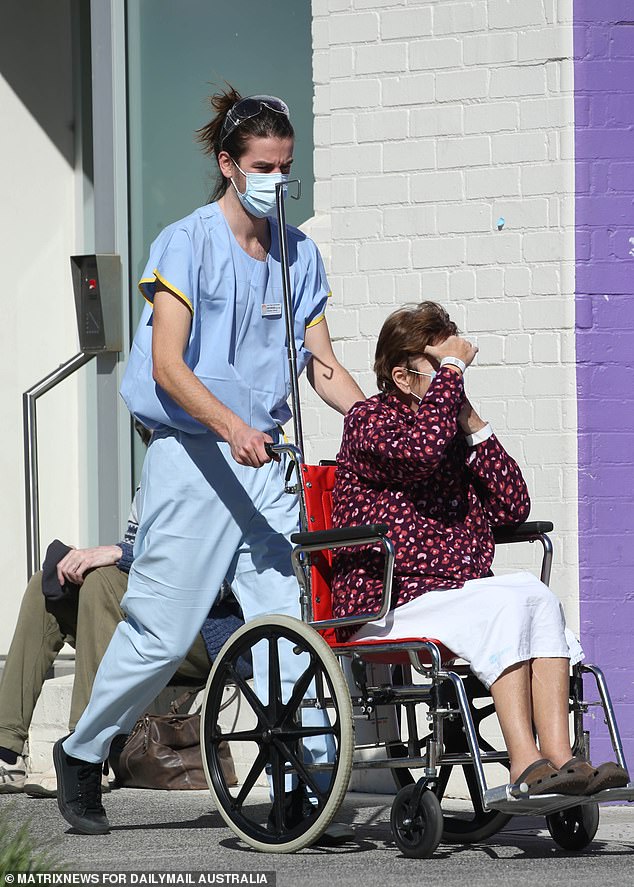 Prime Minister Scott Morrison and state premiers will on Friday discuss what percentage of Australians need to be jabbed before the country can live with the virus like it would with the flu.

Mr Morrison has said the level will be around 65 or 70 per cent after the UK scrapped restrictions on July 19 with 65 per cent of adults fully jabbed.

'The United Kingdom was at 65 per cent [and now] just over 70 per cent. So these are the sort of levels you're talking about,' Mr Morrison told radio 3AW on Thursday.

He expects all eligible Aussies to be offered their first dose of a vaccine by January, but fears lockdowns may still be required next year. 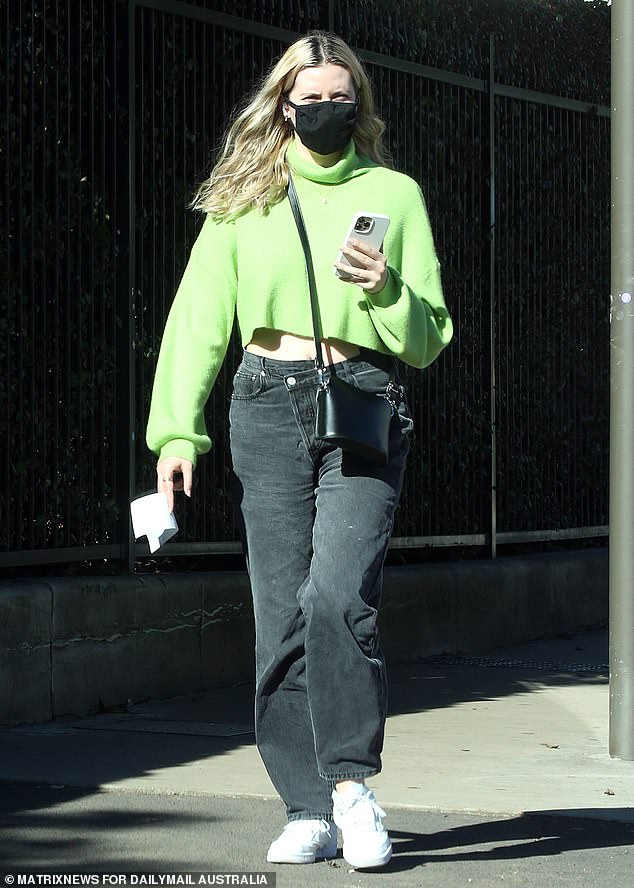 Since the start of the Sydney outbreak on June 16, NSW Health has failed to trace the source of 800 coronavirus cases. Pictured is a pedestrian in the Waverley LGA in Sydney's east on Thursday

When asked if Australia will be open by Christmas, he said: 'No one can give those guarantees because the virus is unpredictable.'

NSW Premier Gladys Berejiklian has said she wants 80 per cent of adults - or 62 per cent of state's population - to be jabbed before opening up.

Until the target is reached, short, sharp lockdowns will be implemented by states in response to a handful of cases to snuff out the virus.

Sydney's lockdown has been extended until August 28, with only 15 per cent of the population nationally so far fully immunised against the virus.

While the majority of cases are still being found in the city's west and south-west, a new map has shown nowhere in the Harbour City has escaped being exposed to the highly-contagious Delta variant.

There were 104 infections recorded in the South Western Sydney Local Health District and a further 58 in the Western Sydney LHD on Thursday, but the skyrocketing cases in the city and its east have gone under the radar.

Sydney LHD, which encompasses the CBD and highly-populated inner west, recorded 51 infections on the same day.

In the South Eastern Sydney LHD, which includes Randwich, Woollahra and Waverley, there were 14 new transmissions and the Northern Sydney LHD saw three cases.

Five were in the Blue Mountains and four from Illawarra Shoalhaven.

Fairfield Mayor Frank Carbone, whose suburb is one of eight deemed 'Covid red zones' along with Canterbury-Bankstown, Liverpool, Cumberland, Blacktown, Georges River, Campbelltown and Parramatta, says the lack of uniformity in the restrictions is causing a divide.

EXCLUSIVE: Bombshell leaked audio captures Scott Morrison saying 'the time will come' when only the fully-vaccinated may be allowed into bars and restaurants while those who refuse the jab stay locked down - but major changes are needed first

The time will arrive when Australians fully vaccinated against coronavirus will enjoy more freedoms than their anti-jab counterparts, Scott Morrison has revealed.

In audio obtained by Daily Mail Australia, voters from the Cook electorate in Sydney's south grilled their federal MP on a host of pandemic topics from the country's bungled

PREV Rancher casts doubt that Gabby Petito's boyfriend is in nature reserve as ...
NEXT Afghan heroes who risked lives helping UK troops are given permission to live ... 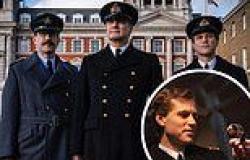 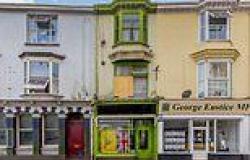 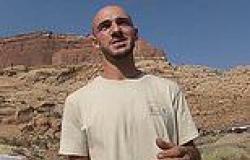 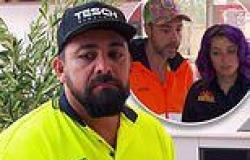