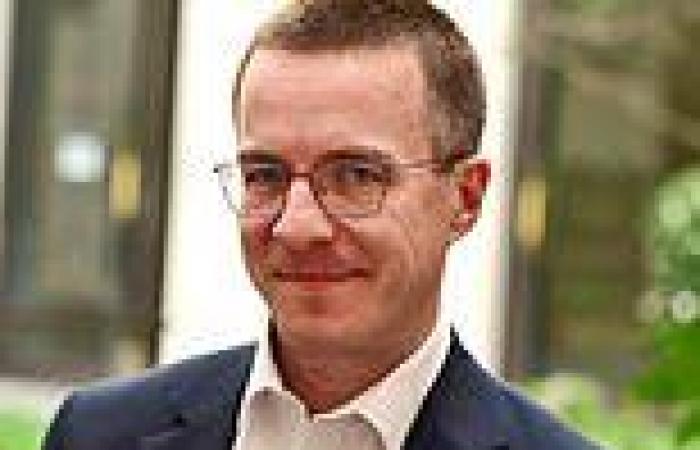 A secretive ‘cell’ of civil servants is being blamed by Ministers for blocking moves to speed up Britain’s exit from all Covid restrictions – including the early end of quarantine for the double-jabbed.

The Covid-19 Task Force, which is run out of the Cabinet Office, sits in on meetings held by Ministers, and then offers ‘advice’ on the implementation of measures which have been agreed.

But one Cabinet Minister told The Mail on Sunday the group had been a ‘huge pain in the a***’ with ‘a series of Sir Humphrey-style frustrations’ – a reference to the smooth mandarin in the BBC’s Yes Minister series who would endlessly outfox politicians. 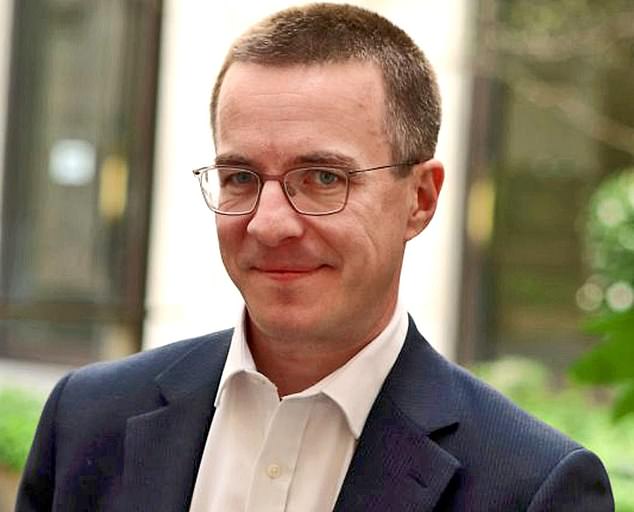 Andy Helliwell, a career civil servant who makes his personal views clear on his Twitter page, proclaiming his support for gender-neutral language and his criticism of Britain’s colonial legacy 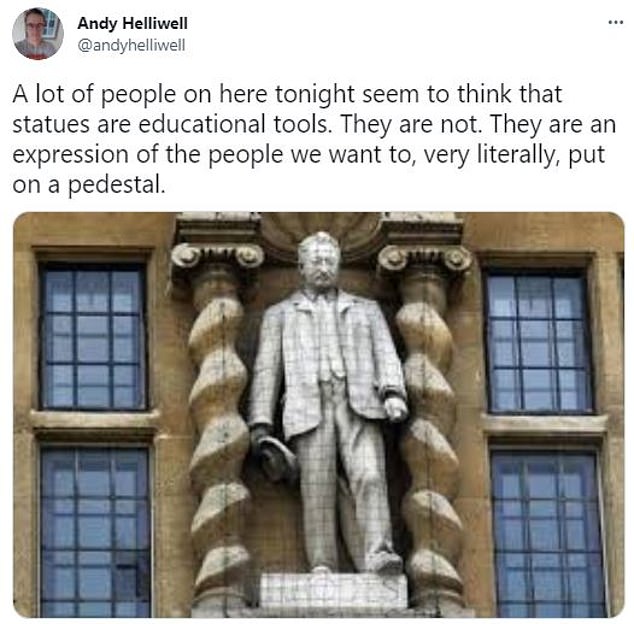 Ministers say that the group has increasingly flexed its muscles, including stopping an attempt to end isolation rules early

It includes operations director Andy Helliwell, a career civil servant who makes his personal views clear on his Twitter page, proclaiming his support for gender-neutral language and his criticism of Britain’s colonial legacy.

The 14-strong task force, which was set up in May last year and is headed by former Treasury official Simon Ridley, is meant to enact the decisions reached at ‘Covid-O’ meetings, attended by Boris Johnson, Chancellor Rishi Sunak and other key Ministers.

But Ministers say that the group has increasingly flexed its muscles, including stopping an attempt to end isolation rules early.

At a Covid-O meeting held on June 23, Cabinet Office Minister Michael Gove led calls to bring forward the August 16 date when the double-jabbed will no longer have to self-isolate for ten days if they are ‘pinged’ by the NHS Covid app for being in close contact with someone who has tested positive. Business leaders and Tory MPs have called for an end to the ‘pingdemic’, which last week saw 1.2 million people ordered into quarantine.

The rules are due to end in Wales from August 7 and in Scotland two days later. But Ministers claim that the move was frustrated by the task force.

A source said: ‘It’s always the same – these officials sit silently on the side, writing away. We think we’ve agreed something, then an hour after the meeting we get calls of the “sorry old chap, that won’t be possible” variety. That is what they did with quarantine. They are basically keeping us in prison.’

The source added: ‘It feels to us as if there is some sort of informal strategic alliance between the Cabinet Office gang and the scientists on Sage to tie us up in restrictions.’

A ministerial adviser who helped to mobilise the original Government response to the pandemic added: ‘It has been maddening almost from the start.

‘Ministers would agree something, then you’d get a message saying sorry, the task force isn’t happy with this. It used to drive Gove mad, as he wanted to press on with stuff but this random unit in his department was putting the brakes on it.’

The Mail on Sunday has also been told that the Covid-O meetings could be disbanded because No 10 regards them as ‘too leaky’.

Mr Helliwell, who joined the Civil Service fast stream after finishing a geography degree at Cambridge, has used Twitter to enter the debate over whether statues of figures from Britain’s colonial past should be removed.

In May, he posted a picture of a statue of Cecil Rhodes saying: ‘A lot of people on here tonight seem to think that statues are educational tools. They are not. They are an expression of the people we want to, very literally, put on a pedestal.’

He included the Church in his criticism, saying: ‘Behind the pulpit of the new church, there is a whole other story of colonialism’, and welcomed the National Trust’s decrying of buildings, including the former home of Winston Churchill, for their historical links to slavery. ‘People who say “you can’t rewrite history” often seem least inclined to accept that what they know might be partial. I fully support the National Trust,’ he said.

On June 18 last year, in response to newspaper reports about sailors being forced to stop using Navy terms such as ‘unmanned’ and ‘man power’, he said: ‘Lots of people upset by this. Good. I’m done being polite about it.

‘If you reject gender-neutral language you favour exclusion of and bias against women. You fail to listen to women who say this matters. The basic lack of courtesy and respect amazes me.’ 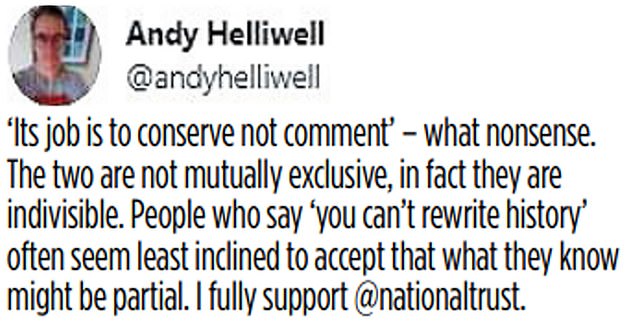 Mr Helliwell, who joined the Civil Service fast stream after finishing a geography degree at Cambridge, has used Twitter to enter the debate over whether statues of figures from Britain’s colonial past should be removed

Ironically, after the resignation of former British Ambassador to the United States, Kim Darroch, following the publication of diplomatic cables in this newspaper, Mr Helliwell – who has moved between the Ministry of Defence and the Cabinet Office since 2008 – said: ‘Civil Service impartiality has immeasurable value, but is under attack.

‘We must call this out, and make the positive case for its importance. Ironically, some will claim this is itself a political act.

‘But this is not party politics, it is about our democratic institutions.’

A Government spokesman said: ‘Ministers are responsible for making decisions about Government policy. The role of the Covid-19 Task Force is to provide advice and co-ordinate the Government’s collective response to the pandemic.’

Tyranny of the Covid experts: Finger-wagging SAGE scientist and influential Government adviser penned a book about how HE'S the only person Boris Johnson should ever have listened to, writes ex-supreme court judge JONATHAN SUMPTION

Professor Sir Jeremy Farrar is a distinguished epidemiologist, a member of the Sage scientific committee, the director of the Wellcome Trust health research charity and an influential government adviser. He is also the most hawkish of lockdown hawks, and he has written a book with journalist Anjana Ahuja, called Spike. It is a revealing read.

Spike is basically about Farrar himself: how he saw it all coming, how he personally forced the Chinese government to release the genetic sequence of the Covid-19 virus that allowed scientists to develop a vaccine, how he warned the world of imminent doom, how the Government could have saved lives by treasuring his words more, and how he risked

PREV Australia to rent nuclear submarines from US as it waits for new ones to be ...
NEXT Afghan heroes who risked lives helping UK troops are given permission to live ... 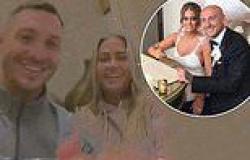 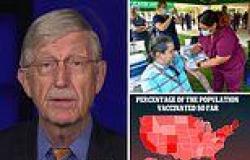 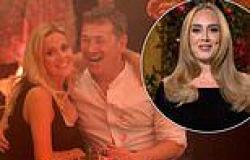 Early signs of autism can be reversed if babies are offered therapy to help ... 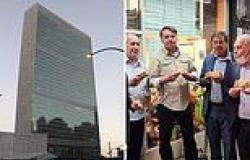