The 27-year-old, one of four American golfers in the field, carded a final-round 67 to finish 18-under for the tournament, a shot ahead of Slovakian Rory Sabbatini who claimed the silver medal.

Schauffele has come close to claiming a breakthrough victory before in his career, finishing tied second at both the Masters and the Open, as well as tied for third at the US Open.

However, he claimed a famous gold medal for Team USA, etching himself into golfing history with some steady golf interspersed with some brilliant play.

When asked whether it is the biggest victory of his career, Schauffele agreed.

"For me, I really wanted to win for my dad. I am sure he is crying somewhere right now. I kind of wanted this one more than any other.

"First up, you are trying to represent your country to the best of your ability and then you add family stuff on top of that and, you know, I'm probably going to have a nice call with my grandparents tonight. I am sure they are back home, everyone is back home watching. I was feeling the love from San Diego and Las Vegas this whole time.

Schauffele's father Stefan, who is also his coach, described being "very, very proud" watching his son claim the gold medal at the Kasumigaseki Country Club.

"This is going to take a while to settle in. I was pretty stone cold out there, to be honest with you. It was just a process we were observing. But when I talked about the podium and the anthem, I got choked up. I describe today as definitely needing a towel moment (to hide his emotions). I am very, very proud."

PREV Hair salon ordered to pay £200,000 for giving an Indian model the wrong haircut
NEXT Phone scammer hangs up in a hurry after being told 'you've called the New ... 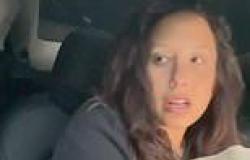