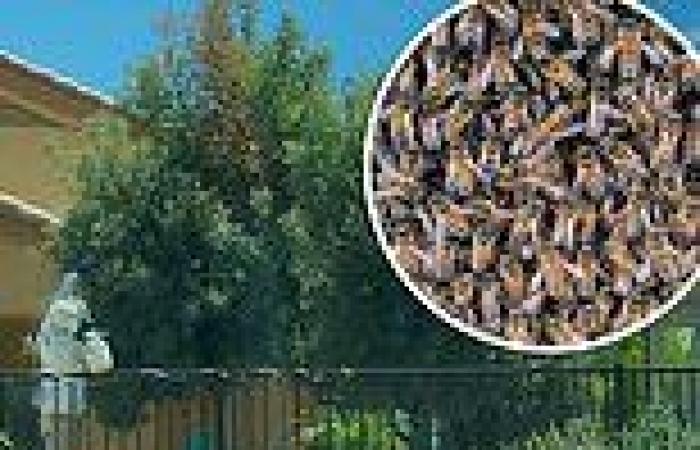 A man was killed and five others were injured after a swarm of bees attacked them in an Arizona neighborhood.

The fatal victim, who has not been identified, along with two other local residents, were stung 'hundreds of times' after they disturbed a 100-pound hive in a tree in the backyard of a Marana County home, at around noon on Thursday.

'Three patients, believed to have been stung hundreds of times, were transported for or received medical evaluation,' the Northwest Fire District said in a statement on social media.

Emergencies crews soon arrived on the scene but several firefighters were also stung. Three of them were stung, 'multiple times,' and one was hospitalized, but did not suffer life threatening injuries.

'One firefighter, believed to have been stung approximately 60 times, was taken to a local hospital for evaluation. He has since been released,' the Northwest Fire District said. 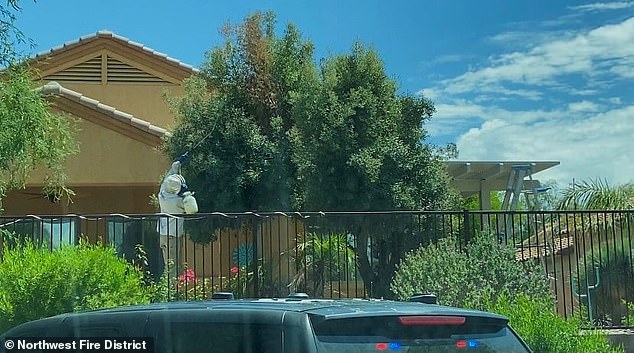 One man was killed the five others injured in Arizona Thursday after they came near a 100-pound hive in a tree (pictured) in a neighborhood just north of Tuscon, local fire officials reported

The hive was removed and most of the bees were killed by a handler later in the day, the Marana Police Department reported.

'A majority of the bees were exterminated,' Marana Police Sgt. Abel Samano told ABC 7. 'We had a beekeeper respond and assist us with that.'

'Although the area is much safer, there are still some lingering bees,' The department said in a statement posted to social media that afternoon. 'Please continue to use caution while in the area.'

Bee swarms are a relatively common occurrence in Arizona as well as encounters with humans, according to the Southern Arizona Beekeepers Association. 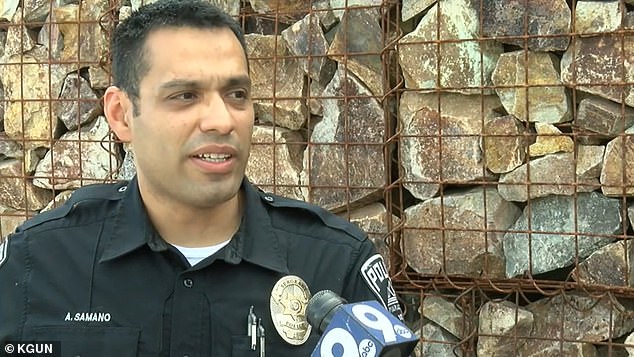 PREV Father-of-four who runs a building company delivers powerful statement to the ...
NEXT Afghan heroes who risked lives helping UK troops are given permission to live ... 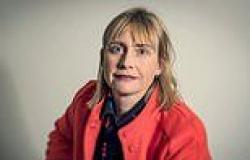 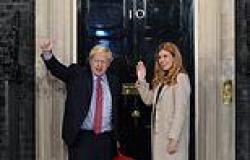 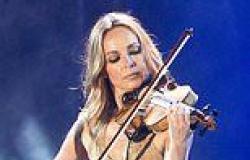 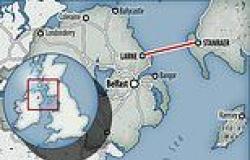 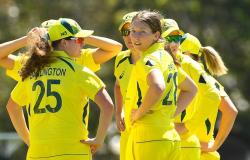