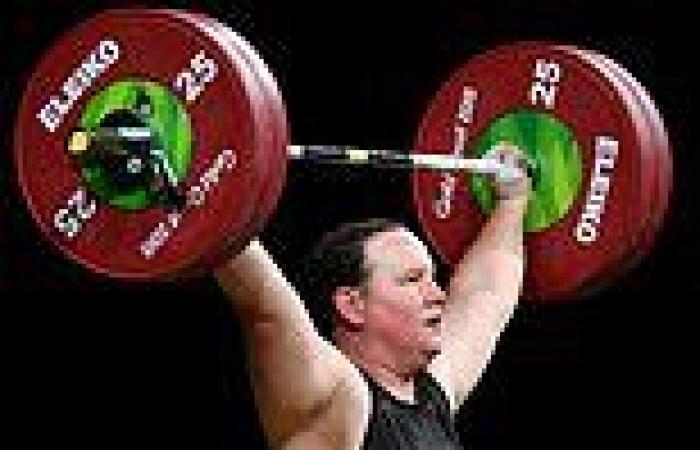 By Guy Adams for the Daily Mail

Alison Perkins turned plenty of heads when she teed off in qualifying for the 149th Open a few weeks back.

It was nothing to do with the blistering drive the 47-year-old golf pro smashed nearly 300 yards down the fairway, bisecting a pair of dangerous bunkers in the process.

Neither was there anything particularly unusual about the nine over par 81 shots she took to navigate the 18 holes of Hollinwell Golf Club in Nottinghamshire, finishing half-way up the leader-board.

What actually made Alison stand out from the crowd, aside from her fetching navy-blue-and-teal pleated skirt and sleeveless top (by exclusive golfwear designer J. Lindeberg) was the fact that someone called Alison was taking part in the event at all.

The Open is, after all, one of the most prestigious and traditional competitions in men's golf, with a history stretching back to the Victorian era. Yet Alison, as her name suggests, is very much not a man.

Though born and raised a boy, she has chosen to live as a woman for more than a decade. And on that sunny day in late June, she made a little bit of history: becoming the first ever trans female to compete on the men's golf circuit.

'It was a brilliant day,' she recalls, when we meet. 'The other players were wonderful, one hundred per cent supportive, and I actually ended up beating both my playing partners.

'So I feel like I gained some respect for myself. I might be a bit different, and it was the first time this has happened, but I hope that when people saw my score they looked at it and thought 'good on her'.'

Alison is speaking at a golf academy outside Biggleswade in Bedfordshire, where she coaches clients of all ages in the sport she has loved since first picking up a club at a seaside pitch-and-putt course during a childhood holiday.

She looks immaculate, emerging in a fetching pink ensemble from the bright yellow VW Beetle she uses to commute from Milton Keynes.

Alison is, in other words, in a happy place.

But elsewhere in the world of professional sport, not everything is quite so harmonious. For in this Olympic summer, transgender athletes have been tossed onto the front line of a toxic culture war.

At the centre of hostilities is a 42-year-old weightlifter from New Zealand named Laurel Hubbard, who will go for gold in the women's +87kg event on Monday.

Born male, she set national records competing in boys' junior events while growing up, before undergoing hormone therapy and 'coming out' as trans in 2013, aged 35.

Since then, Hubbard has competed in women's events, making waves on the world stage.

She is now a strong candidate for a podium finish in Monday's event, where she boasts the fourth highest personal best of the 14 contenders.

To some, her presence in Tokyo is a welcome sign of progress and inclusivity, in keeping with the noblest Olympic ideals.

It's also perfectly legal: in 2015 the International Olympic Committee (IOC) decided to allow trans women to compete in female events without first undergoing gender reassignment surgery, provided they have taken drugs to suppress their testosterone levels for at least a year.

Yet others view it with deep hostility, arguing the exact opposite: that someone who enjoys all the physical advantages conferred by having undergone male puberty — from increased size and strength to denser bones and larger hearts — can never be considered a remotely equal competitor in most women's sports.

(In Hubbard's chosen sport of weightlifting, for example, biological males enjoy a 25 per cent advantage, even after adjusting for muscle size.

At the last World Championships, in 2019, women in Hubbard's group needed to lift 311kg to gain a medal and 332kg to win. In the nearest men's category, the numbers were 371kg and 375kg respectively.) 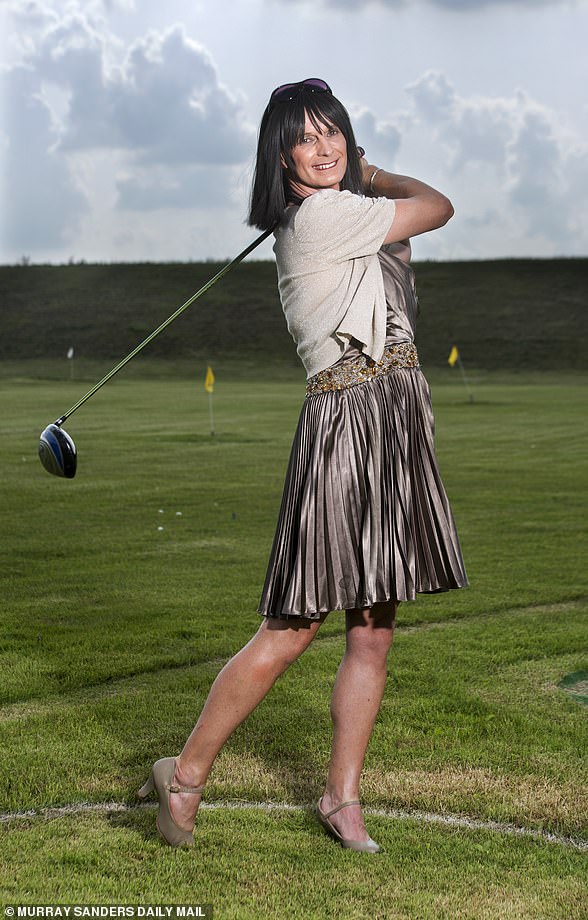 What made Alison (pictured) stand out was the fact that someone called Alison was taking part. The Open is, after all, one of the most prestigious competitions in men's golf

These competing world views are — on the face of things — impossible to resolve. Which is perhaps why they have sparked heated debate.

On one side sit the likes of Sharron Davies, the former British swimming champion, who described Hubbard's selection for the games as 'another kick in the teeth for women athletes', and Martina Navratilova, the tennis player, who once described allowing trans athletes to compete in women's sports as 'insane and cheating' (though her views have since evolved).

On the other are the trans athletes themselves, who have accused opponents of 'fuelling hate' and in the case of Navratilova, who is gay, lobbied for her to be dropped as an ambassador by various LGBT charities.

Trans issues are also a minefield for TV commentators, who have been accused of 'mis-gendering' athletes who choose to be 'non-binary' — identifying as neither male or female.

In skateboarding, BBC pundits were criticised this week for referring to a U.S. competitor named Alana Smith, who was competing in the women's event, as 'she'. Though born female, Smith prefers to be referred to as 'they'.

Life has given golfer Alison an important take on these painful controversies and may one day make her a key figure in resolving them.

For while her at times very difficult personal journey means she's intimately aware of the importance of treating trans people with respect, three decades in competitive golf has also given her a keen sense of the virtues of sportsmanship and fairness.

She is therefore troubled by the notion that either might be sacrificed on the altar of political correctness — and by competing in male, rather than female, events she is helping to explore at least one potential compromise.

'As a transgender person, to say that someone like me can't compete would be quite cruel, but then to say that they can compete and therefore take a medal off someone who is born female is also unfair, isn't it?' she points out.

'Now, I am sure the Olympic Committees and this person, and New Zealand, have ticked all the boxes and worked out they are allowed to compete under the rules. But it will be so tricky for whoever

PREV Andrew Neil was about to be sacked by GB News before he walked out
NEXT Afghan heroes who risked lives helping UK troops are given permission to live ... 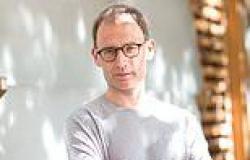 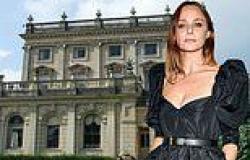 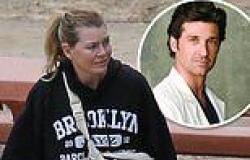 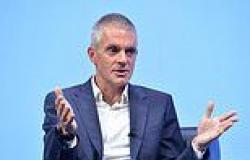 Not kitten around! Moment brave stands up to coyote and chases it away after ...

Charles and the Chinese donor who's a wanted man in Taiwan

Should healthy Britons be given blood pressure tablets?