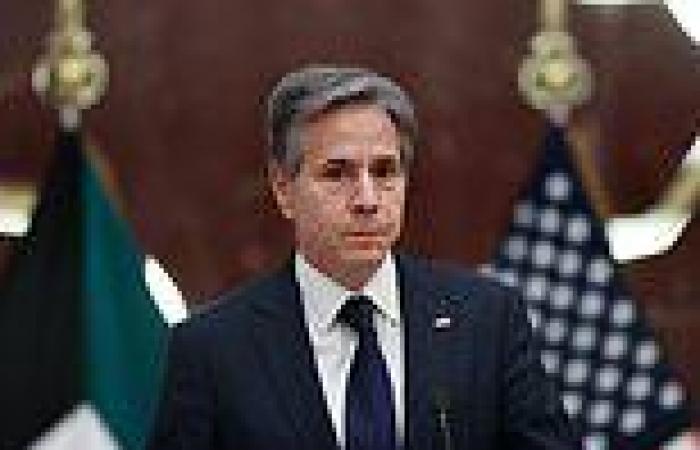 The U.S. has blamed Iran for a deadly 'drone-style' attack on an Israeli-linked oil tanker that killed two people including a British Army veteran off the coast of Oman and vowed an 'appropriate response' to the strike.

The unidentified British serviceman, as well as a Romanian crew member, died late on Thursday night after the MV Mercer Street oil tanker was attacked by a so-called kamikaze drone, which is laden with explosives and detonates on impact with its target.

Israel was quick to accuse Iran of being behind the attack, with Prime Minister Naftali Bennett claiming to have 'evidence' of Iranian complicity and vowing to 'send a message' to the ayatollahs.

The U.S. joined their Israeli allies in blaming Iran and said they were 'confident' the regime in Tehran had conducted the attack on the oil tanker, which is managed by prominent Israeli billionaire Eyal Ofer.

'Upon review of the available information, we are confident that Iran conducted this attack, which killed two innocent people, using one-way explosive UAVs, a lethal capability it is increasingly employing throughout the region,' U.S. Secretary of State Antony Blinken said in a statement.

'There is no justification for this attack, which follows a pattern of attacks and other belligerent behavior,' Blinken said, adding that the commercial ship was 'peacefully transiting through the north Arabian Sea in international waters' at the time of the strike.

He continued: 'These actions threaten freedom of navigation through this crucial waterway, international shipping and commerce, and the lives of those on the vessels involved.

'We are working with our partners to consider our next steps and consulting with governments inside the region and beyond on an appropriate response, which will be forthcoming. We once again offer our condolences to the families of the victims.'

Since this February, at least three other Israeli-linked ships have been attacked in the same region - including MV Helios Ray on February 25, off the coast of Oman, MV Hyperion Ray on April 13 off the coast of UAE, and CSAV Tyndall on July 2 in the Persian Gulf. 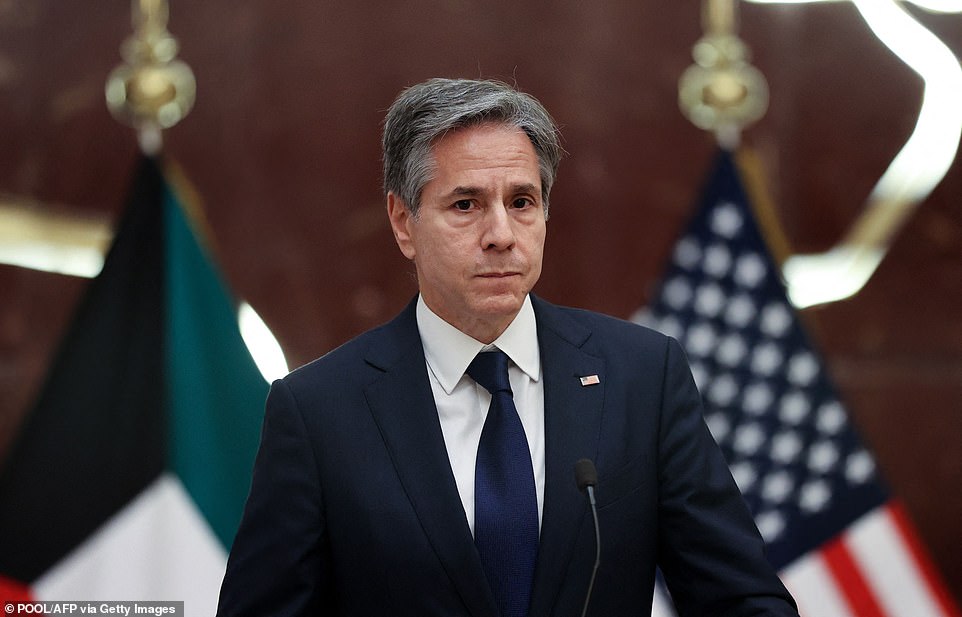 U.S. Secretary of State Antony Blinken said he is 'confident' that Iran conducted attack on the Israeli oil tanker 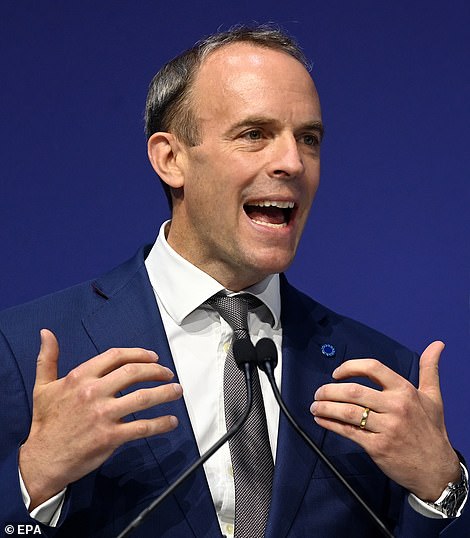 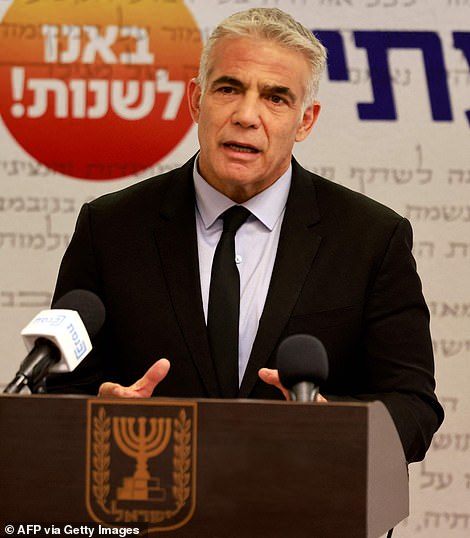 Foreign Secretary Dominic Raab has blamed Iran for a 'suicide' drone strike on an oil tanker that killed two people including a British Army veteran off the coast of Oman after he came under fire for ignoring pleas from Israel to retaliate against the Islamist regime. Israeli Foreign Minister Yair Lapid quickly accused Iran - the country's regional arch-rival - of being behind the attack and urged Britain to take action against Tehran 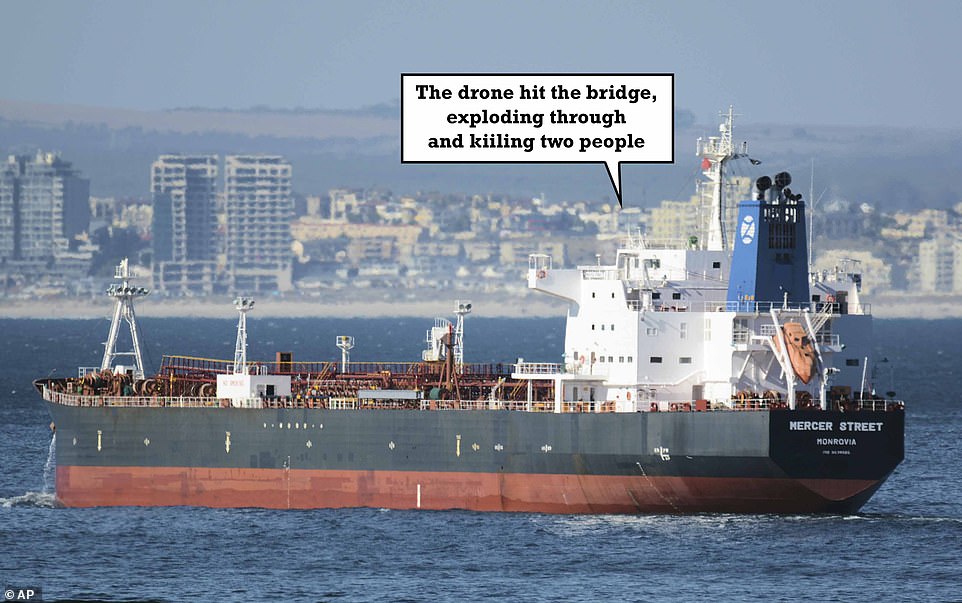 It comes after the British Government came under criticism for initially refusing to apportion blame, with Henry Jackson Society, a UK-based trans-Atlantic foreign policy and national security think tank, accusing 'naive' and 'stupid' British officials of 'ignoring Iran's malfeasances for too long' and allowing the regime to 'get away with murder'.

Mr Raab has since swung out against Iran, claiming the assault was a 'deliberate, targeted, and a clear violation of international law' and vowed to work with British allies 'on a concerted response to this unacceptable attack'.

He said: 'The UK condemns the unlawful and callous attack committed on a merchant vessel off the coast of Oman, which killed a British and a Romanian National. Our thoughts are with the friends and family of those killed in the incident.

'We believe this attack was deliberate, targeted, and a clear violation of international law by Iran. UK assessments have concluded that it is highly likely that Iran attacked the MV MERCER STREET in international waters off Oman on 29 July using one or more Unmanned Aerial Vehicles (UAVs).

'Iran must end such attacks, and vessels must be allowed to navigate freely in accordance with international law. The UK is working with our international partners on a concerted response to this unacceptable attack.'

Mr Bennett blamed Iran for the drone attack at a Cabinet meeting in Jerusalem and claimed to have 'evidence' that the Islamist regime was behind the deadly tanker assault, warning his country could 'send a message' in retaliation.

'The intelligence evidence for this exists and we expect the international community will make it clear to the Iranian regime that they have made a serious mistake,' the Israeli premier said at the weekly cabinet meeting in remarks conveyed by his office.

'In any case, we know how to send a message to Iran in our own way.'

Israeli Foreign Minister Yair Lapid said: '[I] noted to [Mr Raab] the need to respond severely to the attack. Iran is not just an Israeli problem, but an exporter of terror, destruction and instability that hurt us all. The world must not be silent in the face of Iranian terror.' 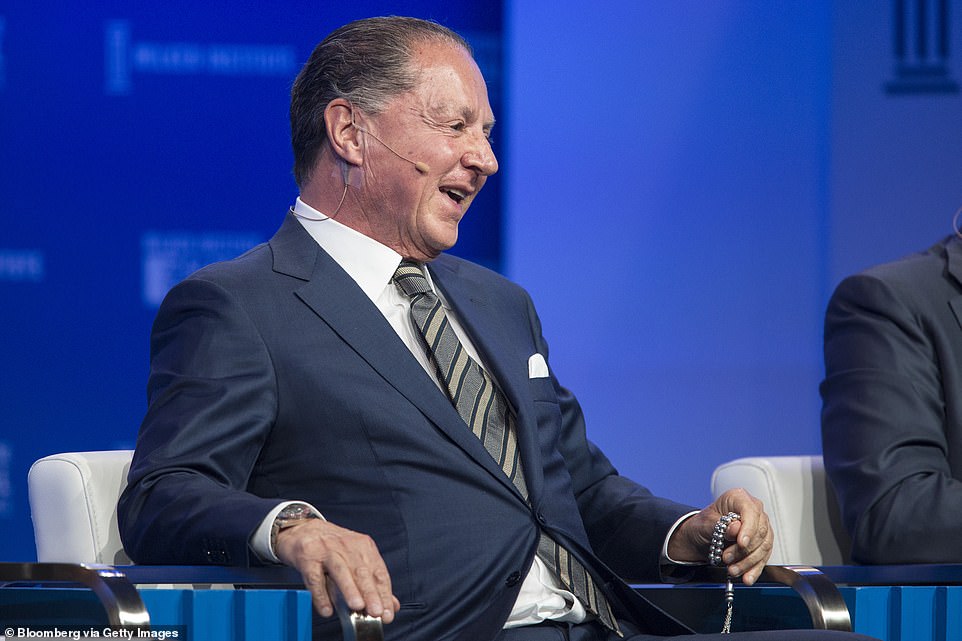 The U.S. joined their Israeli allies in blaming Iran and said they were 'confident' the regime in Tehran had conducted the attack on the oil tanker, which is managed by prominent Israeli billionaire Eyal Ofer (pictured) 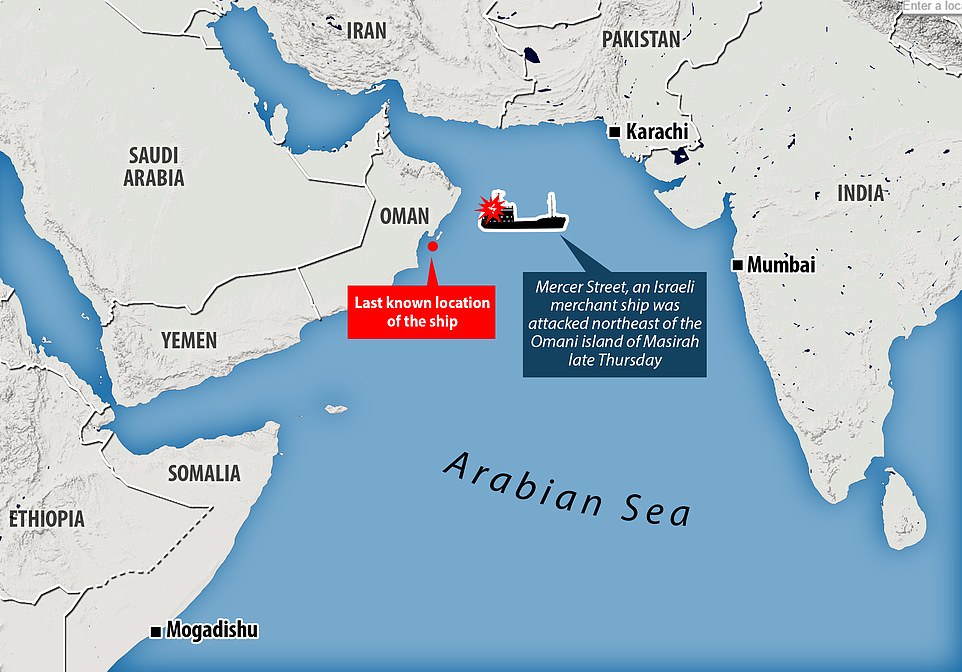 US Secretary of State Antony Blinken had earlier spoken with his Israeli counterpart and both men agreed to work with other allies 'to investigate the facts, provide support, and consider the appropriate next steps,' according to a State Department statement.

Earlier today, Sam Armstrong, director of communications at the Henry Jackson Society, said: 'The UK has ignored Iran's malfeasances for too long. From the kidnapping of Nazanin Zatgari-Ratcliffe, to the attacks on Saudi oilfields, to the hijacking of British flagged boats, we have let Iran get away with murder. 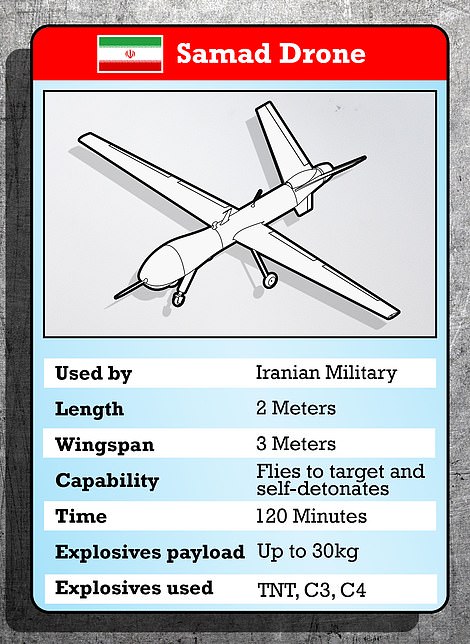 The unidentified Briton, as well as a Romanian crew member, died late on Thursday night after the MV Mercer Street oil tanker was attacked by a so-called kamikaze drone, which is laden with explosives and detonates on impact with its target

'Now that the Government has seen the deadly consequences of this outrageous negligence it must finally act. Placating Iran's Ayatollahs while ignoring our allies in Israel is not just naive, it's plain stupid.' 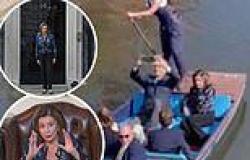 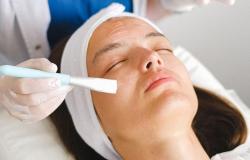 Sophie Turner and Joe Jonas coordinate in baseball caps as they take a sunny ...

Four people are found dead in house in Derbyshire 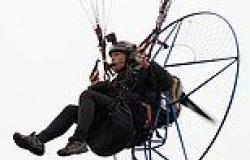