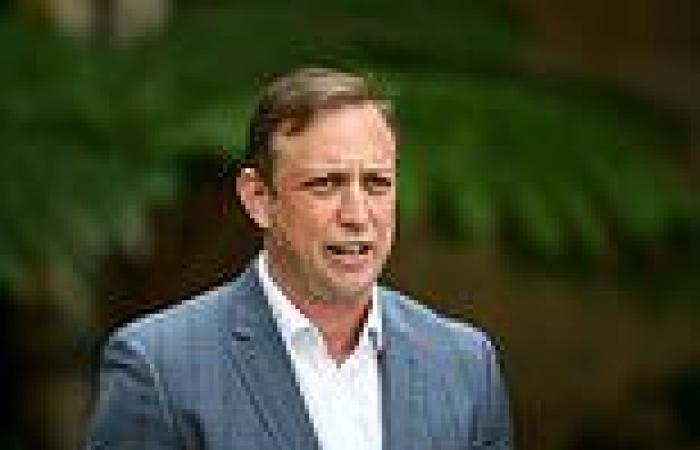 Four cases are linked to Ironside state school including one teacher, two cases to Indooroopilly state High School, one case is linked to Brisbane Boys Grammar and nine cases which are close contacts or family members of cases already identified in the cluster.

'That brings this outbreak to 63 genomically linked cases meaning that in less than a week, this has become our biggest outbreak since the first wave last year,' Mr Miles said.

Mr Miles said the case was reported in North Queensland on Tuesday afternoon remained under investigation.

'It's confirmed to be the Delta strain but not linked to the current outbreak in Brisbane,' he said.

Queensland now had 100 active cases, the most in Queensland since last year's initial outbreaks.

Chief health officer Dr Jeannette Young tried to clear up confusion over stay-at-home rules amid reports many people in the 11 LGAs were visiting shops and still travelling to work.

'I need every single person who lives in the 11 LGAs instead of reading a direction and working out what they might be able to do under that direction, instead when you open your front door, could you, please, think, "Do I really need to go outside my front door today?"'

'Maybe just stay home because you can only move this virus around if the person moves around.' 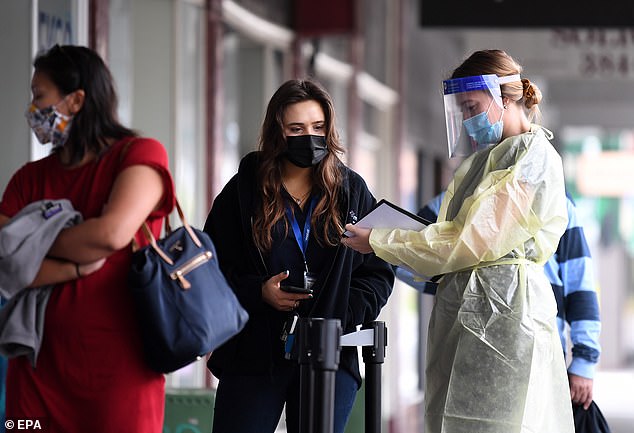 Authorities are unsure of the link between an overseas case and Queensland's Delta outbreak, saying testing is crucial to rule out 'other transmission events' 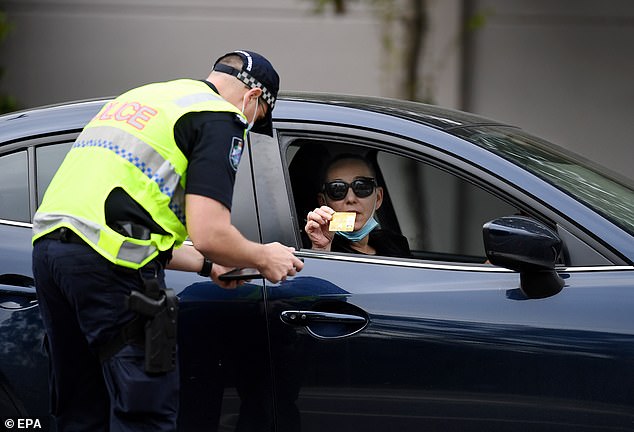 A policeman stops a vehicle to check for compliance with lockdown orders in Brisbane on Tuesday. Queensland Police announced yesterday it would install RBT-style roadblocks to ensure drivers have a valid reason for travelling

'The good news is of those 16 new cases related to the Indooroopilly Delta outbreak, two were in quarantine for their entire infectious period,' said chief health officer Dr Jeannette Young.

She said the Cairns pilot had likely acquired the Delta virus while working and despite being fully vaccinated with Pfizer.

'It's highly likely he's acquired this infection while he's been about his work piloting one of those ships,' Dr Young said.

The number of close contact exposure sites is approaching 150, with recent additions including Kmart, McDonalds and Aldi in Indooroopilly, a swim school in St Lucia and a netball court in Graceville, as well as a site on the Gold Coast.

Overnight Brisbane Grammar School confirmed its outbreak now numbered five students, one teacher and one parent who caught the Delta strain of the virus. 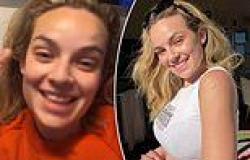 Abbie Chatfield thanks anti-vaxxers for 'paying her rent' by sharing her ... 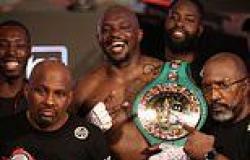 sport news Dillian Whyte must be made WBC mandatory to face Tyson Fury vs Deontay Wilder ... 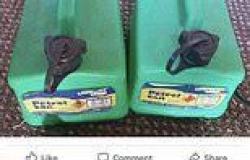 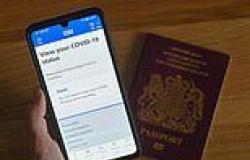 Vaccine passports could be required in England in wide ranging venues under ...

Abbie Chatfield thanks anti-vaxxers for 'paying her rent' by sharing her ...

sport news Dillian Whyte must be made WBC mandatory to face Tyson Fury vs Deontay Wilder ...

Vaccine passports could be required in England in wide ranging venues under ...

Is this the most twisted show on TV? Ultraviolent Korean survival series Squid ...