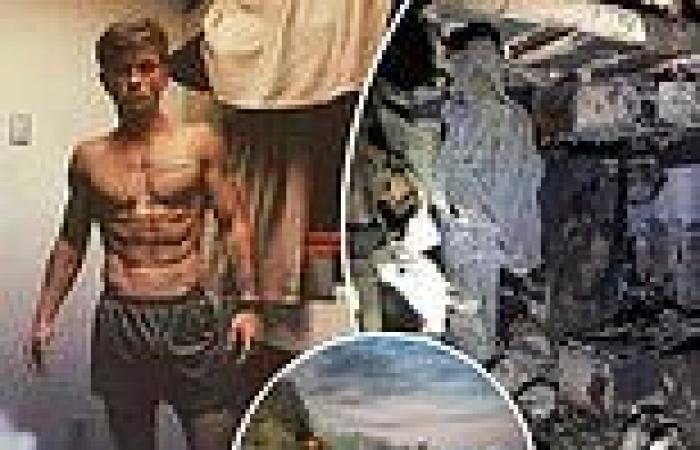 The sailor charged with arson for allegedly setting aflame the 40,000-ton USS Bonhomme Richard, injuring 63 people, has been identified in an NCIS search warrant as a failed Navy SEAL bent on revenge.

Ryan Sawyer Mays, 20, was named the primary suspect for the first time in the legal document, which was obtained by the Daily Beast and seen by the Daily Mail. Investigators were led to Mays after interviewing the 177 service members assigned to the Bonhomme Richard and several of them claimed to either see Mays around the scene of the fire before it was set, hear him say he was guilty while talking to himself or hear him express extreme disdain for the Navy.

The warrant also says a polygraph revealed Mays was lying about certain relevant questions pertaining to the events of July 12, 2020, the day the fire was set. And further red flags were raised when Mays allegedly also lied to investigators about his personal life, claiming he had gotten another sailor pregnant. When she was questioned, the sailor denied ever being pregnant and said Mays was 'volatile and bipolar.'

The affidavit states that Mays joined the Navy in 2019 'with the intent on becoming trained in the Advanced Electronics Computer Fields,' but 'changed his career goals to becoming a Navy SEAL.' Five days into his training, he dropped out and was assigned as an 'undesignated Seamen' abroad the Bonhomme Richard.

Ryan Sawyer Mays was named as the primary suspect for allegedly setting aflame the 40,000-ton USS Bonhomme Richard that injured 63 people. Above is a screenshot from a search warrant showing an Instagram post he made two days after the fire 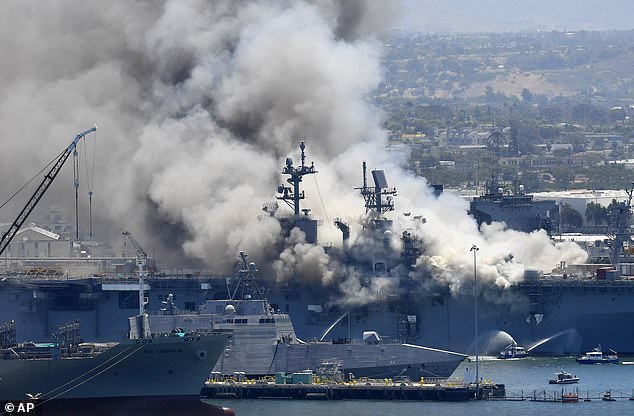 Investigators were led to Mays after a sailor claimed to either see Mays around the scene of the fire before it was set. Above is the disastrous blaze, which began July 12, 2020, and damaged all of the ship's 14 decks 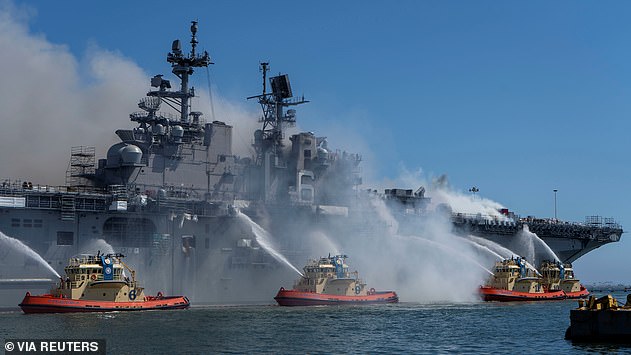 Two sailors also told investigators that they 'heard Mays say (unasked) that he was guilty, seemingly talking to himself,' an affidavit reads

The affidavit reads, 'According to Navy leadership, the morale and behavior of sailors who had aspired to become a SEAL, and then find themselves serving in a more traditional role on a Navy ship, are frequently very challenging.'

Mays faces possible charges of aggravated arson and willful hazarding of a vessel, if the Navy seeks a court martial. As of now, he is being charged with arson within a special maritime and territorial jurisdiction, use of fire to damage federal property, and making a false statement, the warrant states.

The ship fire reached 1,000-degree temperatures and damaged all 14 decks, Chief of Naval Operations Adm. Mike Gilday told reporters last summer. The ship was docked in San Diego during the blaze, which continued for four days until it was eventually snuffed out by about 400 sailors from 16 vessels, a number of helicopters dumping water from above, the Naval Base San Diego Fire Department, and multiple volunteer fire departments from surrounding cities.

At least 63 people were injured, including 18 firefighters who filed workers' compensation for suffering concussions, orthopedic issues, dehydration and smoke inhalation.

Sailor Seaman Kenji Velasco explained over the course of several interviews that he saw Mays enter Lower V, the lower vehicle storage area where the fire took place, minutes before the blaze started. 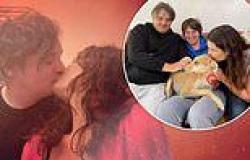 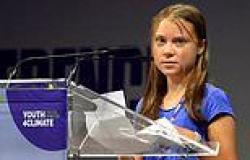 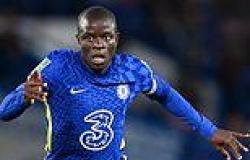 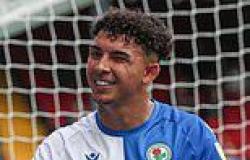 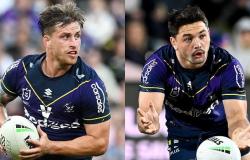