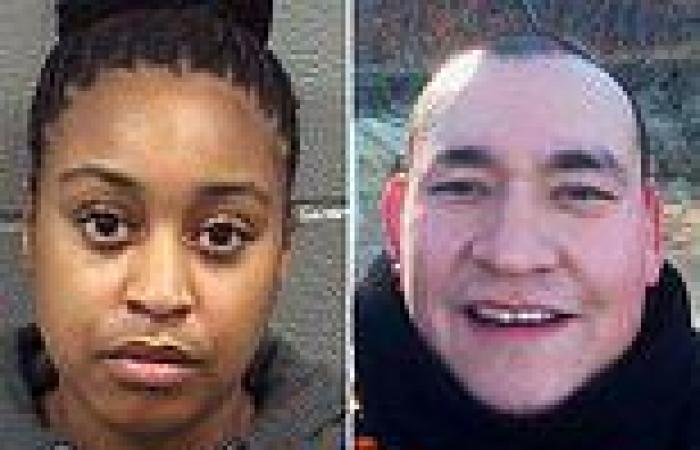 A Chicago cop has been charged with felony battery with a firearm and official misconduct more than a year after she shot an unarmed man in the back.

Melvina Bogard, 32, turned herself in to investigators on Thursday morning to face charges over the shooting of 33-year-old Ariel Roman, whom she injured in February 2020 as he fled from arrest for walking between train cars on the CTA red line.

She was released upon an order from Cook County Judge Susana Ortiz after she made a written promise to appear in court, according to a news release from The Cook County State's Attorney Office. 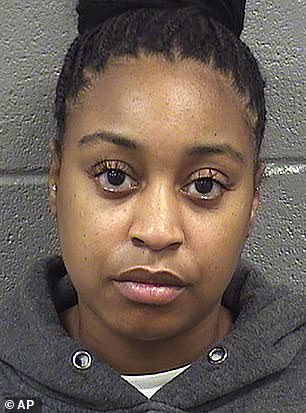 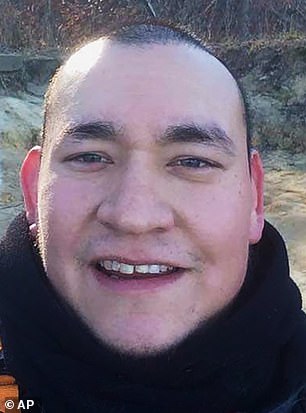 Chicago cop Melvina Bogard, 32, (left)  was charged with felony battery on Thursday for the February 2020 shooting of 33-year-old Ariel Roman (right). Bogard shot Roman in the back after he fled from arrest for allegedly walking between train cars 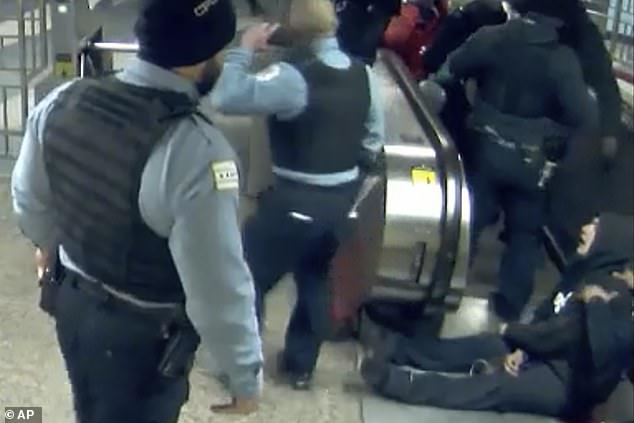 Her next hearing is scheduled for August 18.

A video was recorded by Michael McDunnah on February 28, 2020, and showed Bogard and another officer, Bernard Butler, pursuing Roman, a short-order cook who was suspected of violating a city ordinance by walking from one train car to another.

The footage shows officers chasing Roman and Bogard shooting him at the foot of the escalator and then shooting him the back from about 10 feet away. 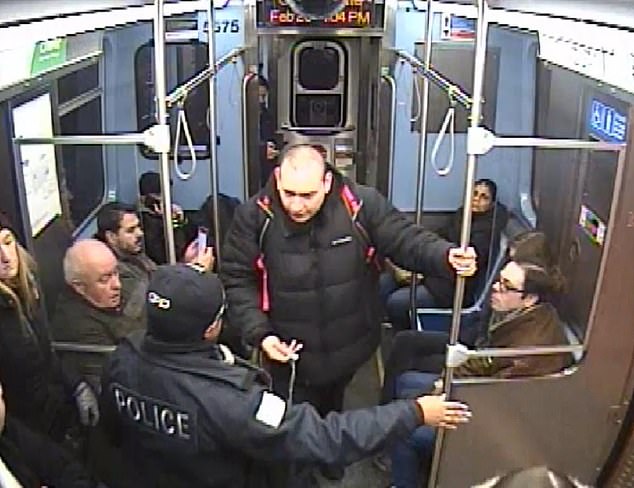 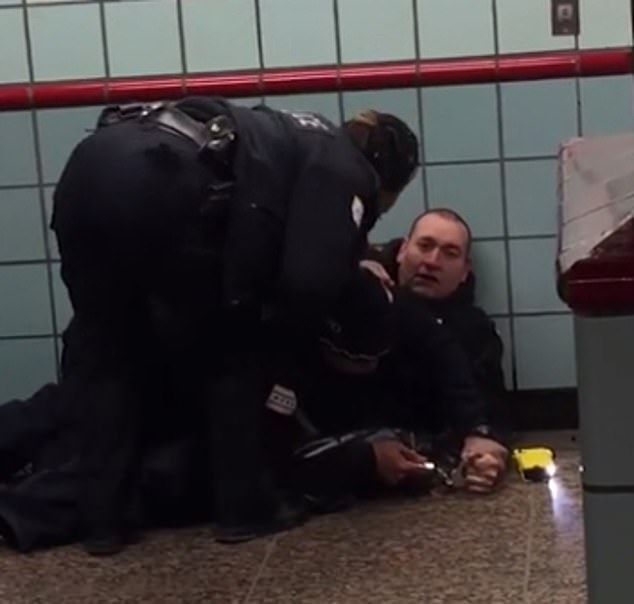 McDunnah told ABC 7 Chicago: 'He was resisting but he was not violent, as far as I could see, and he was unarmed'

'At some point the male officer said "shoot him".

'The female officer at that point, I think, pulled out her mace and maced him in the face.'

'That was the point at which the female officer fired her weapon.'

Roman survived the shooting and was taken to Northwestern Memorial Hospital after mass transit officers intervened.

He filed a federal lawsuit after he allegedly claimed that Bogard and the other officer, 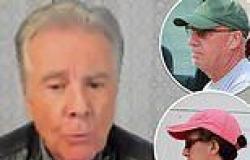 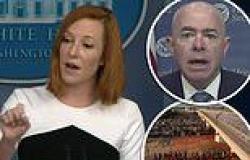 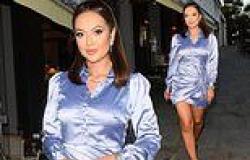 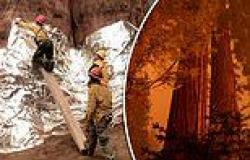 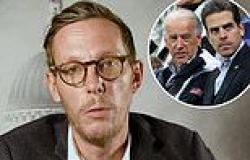