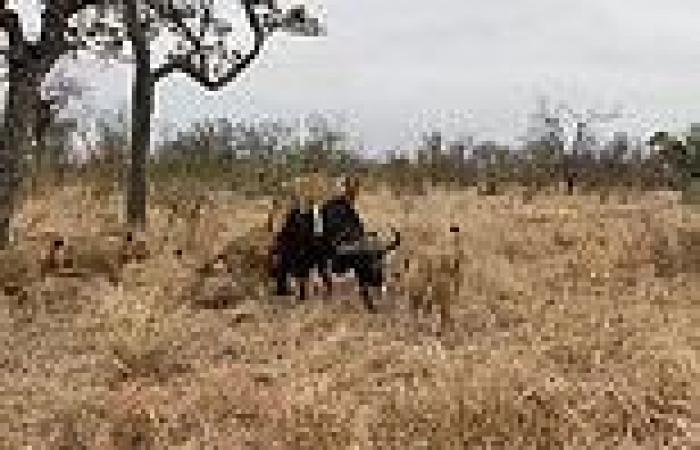 Buffalo soldiers! Moment herd charges in to rescue bull from a pride of lions and hurls one big cat in the air on their horns Tour guide Jonty Bozas spotted the pride of lions stalking a herd of buffalo  He filmed the encounter in the MalaMala Game Reserve in South Africa  The lions targeted what they thought was the weakest buffalo in the herd

Dramatic footage shows the moment a herd of buffalo charged to the rescue of a stricken bull after it came under attack from a pride of lions.

Several of the buffalo ran at the lions and one of the big cats was thrown into the air on their horns.

The footage was captured by tour guide Jonty Bozas on August 22 as he was leading  a group of tourists through the MalaMala Game Reserve in South Africa. 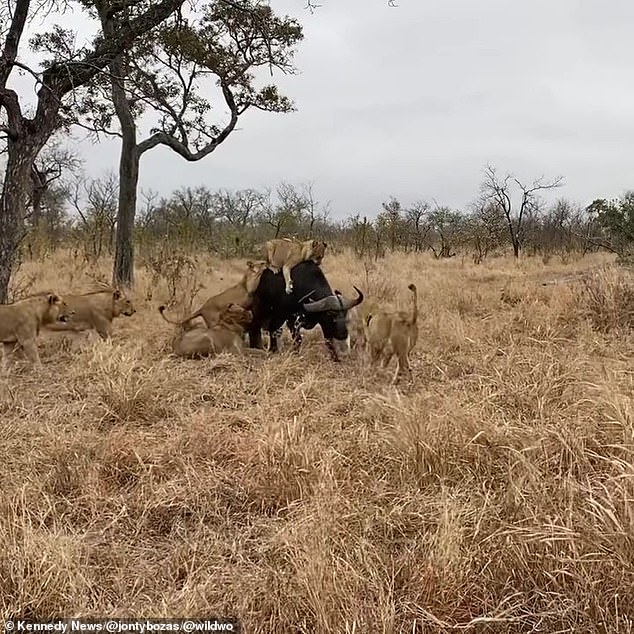 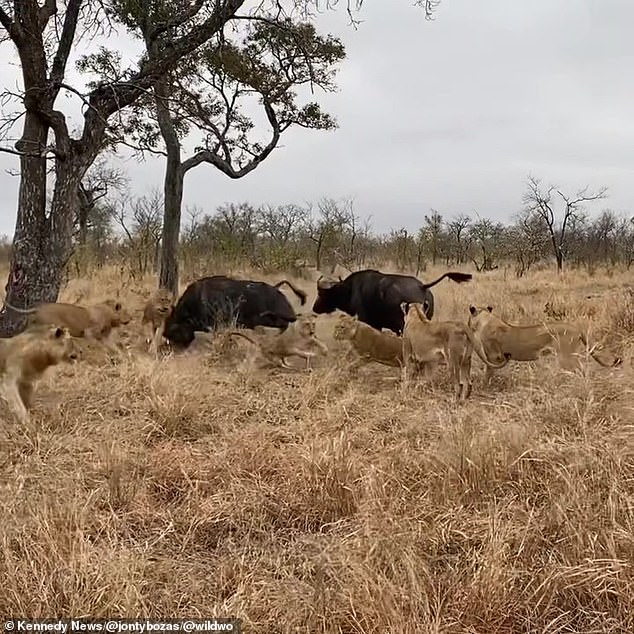 A second buffalo charges the lions, knocking one of the predators flying with its horns 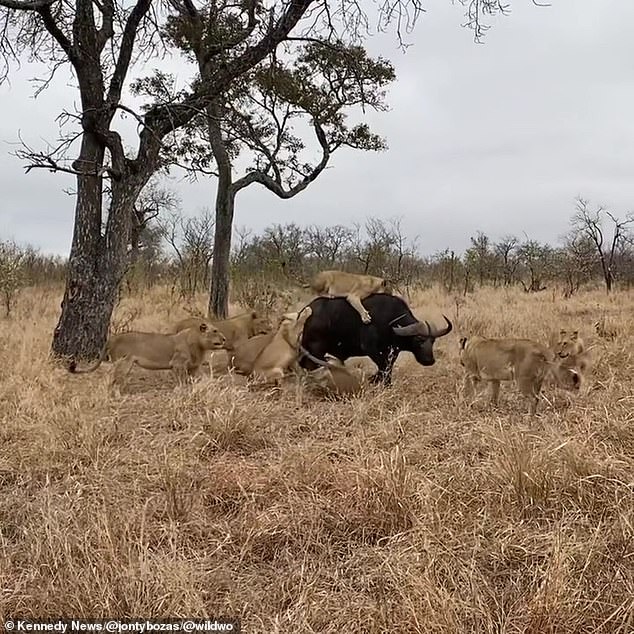 During the safari, Mr Bozas saw a pride of nine lions stalking the buffalo.

The lions attempted to target a single victim, trying to bring down the large animal by jumping on its back while biting its feet and flanks.

PREV Thief, 25, was crushed to death underneath BMW trying to steal catalytic ...
NEXT Lyft prices surge to $1,500 out of South Lake Tahoe as Caldor fire closes in 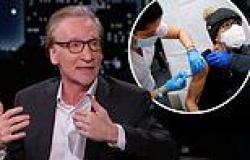 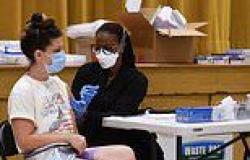 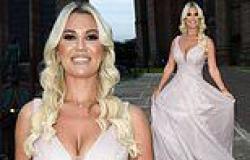 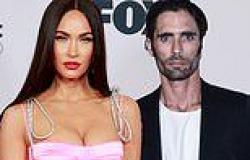 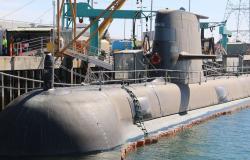