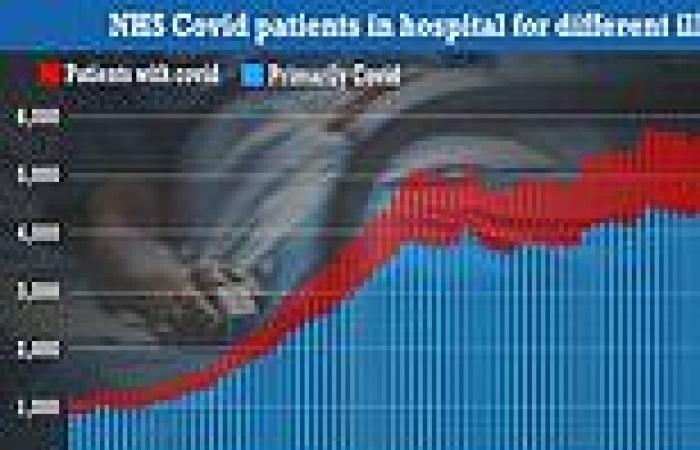 Nearly a quarter of Covid inpatients in England are actually in hospital for a different reason, according to official figures.

Health service statistics show there were 6,146 NHS beds taken up by people who were coronavirus positive on September 14, the latest date data is available for.

But just 4,721 patients (77 per cent) were primarily being treated for the virus, with the remaining 1,425 receiving care for other illnesses or injuries. They could include patients who've had a fall or even new mothers who tested positive after giving birth.

In NHS hospitals in the Midlands, around a third of Covid patients were mainly being treated for another reason on September 14.

Separate NHS figures suggest as many as half of daily hospitalisations only test positive after being admitted for a separate condition.

Hospital numbers have become the key metric for ministers and their scientific advisers, now that vaccines have taken the emphasis away from infection numbers.

Boris Johnson has said lockdown curbs may have to be reintroduced if Covid hospital numbers rise sharply as part of his winter blueprint to tackle the virus, which could see masks and working from home mandated again.

But he did not put a firm figure on the threshold that would trigger the return of restrictions when he announced the contingency plans earlier this week.

The latest figures suggest the standard Covid hospital numbers have become a less reliable way of gauging the outbreak and NHS pressure. 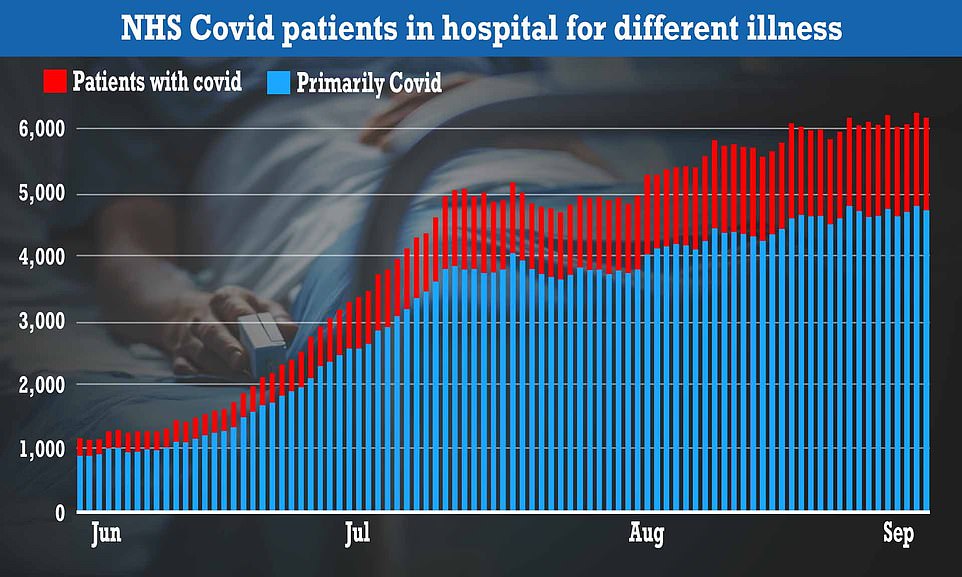 Health service statistics show there were 6,146 NHS beds taken up by people who were coronavirus positive on September 14, the latest date with data. But just 4,721 patients (77 per cent) were primarily being treated for the virus, with the remaining 1,425 receiving care for other illnesses or injuries 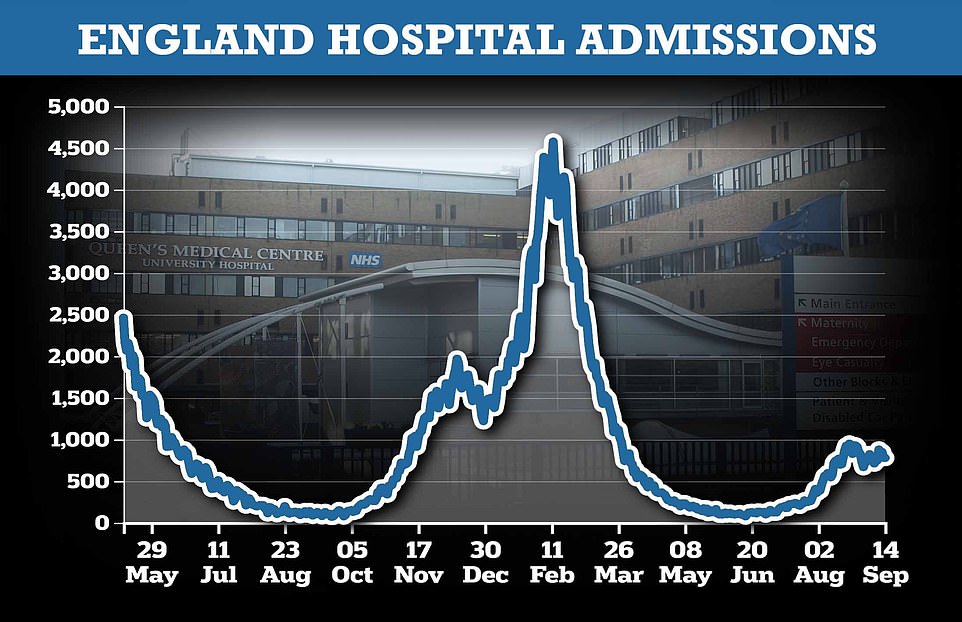 The UK is currently recording 1,000 Covid hospitalisations per day, the bulk of which are occurring in England (shown). This is up from around 750 from 'Freedom Day' on July 19, when all legal curbs were lifted in England 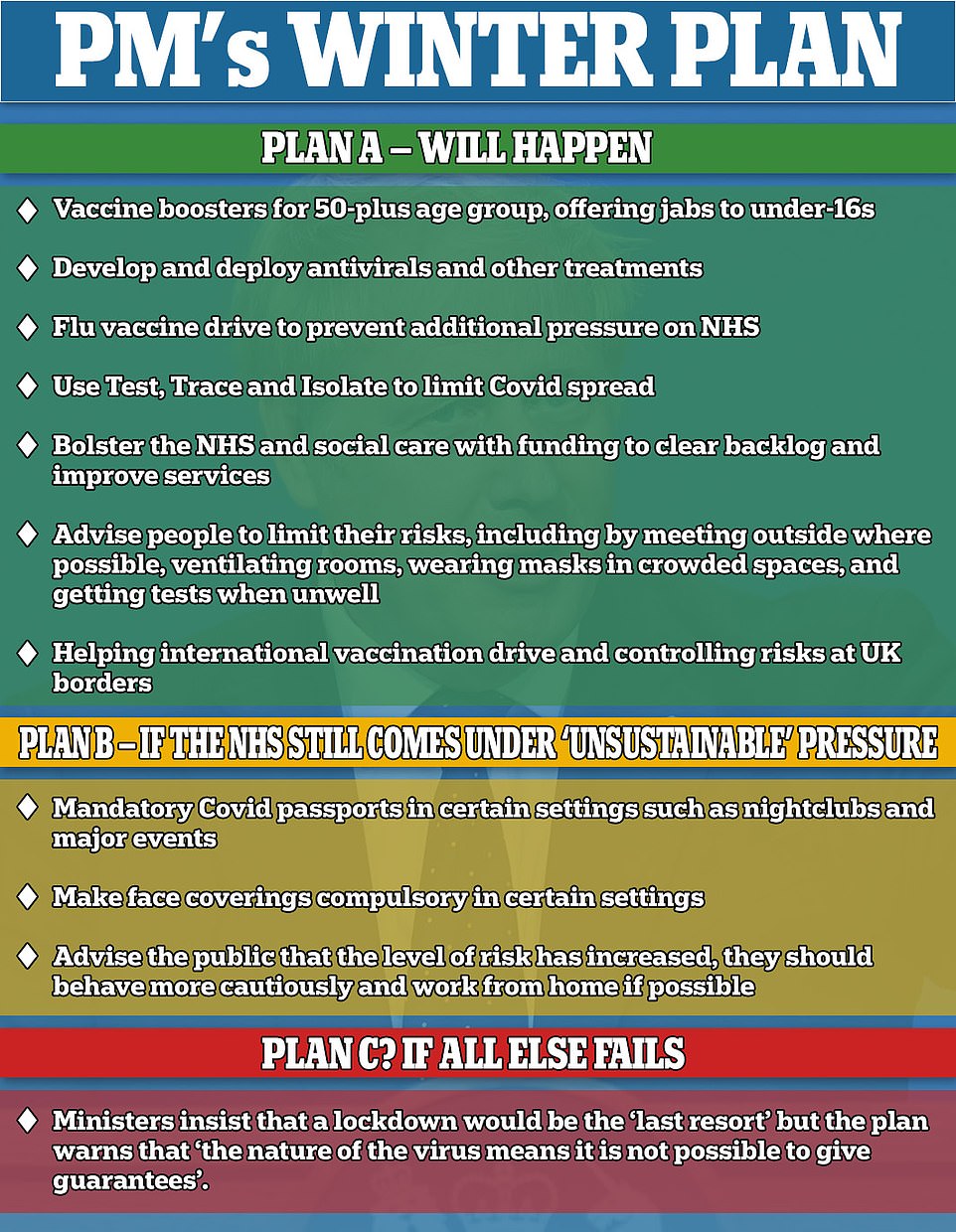 Broken down by region, the Midlands saw the highest proportion of Covid patients being treated for a different illness on September 14.

Covid was the primary diagnosis in just 883 out of 1,228 (68 per cent) patients who were in a hospital bed and positive.

It was followed by the North West, where nearly 29 per cent of Covid patients were actually being treated for a separate issue.

More than a million emergency hospital admissions were 'lost' to the coronavirus pandemic, according to official data.

There were 5.45million emergency procedures carried out across all NHS England services in the 12 months to March, down 16 per cent on the 6.5m the previous year.

The NHS Digital statistics, published on Thursday, include admissions for accident and emergency, mental health, maternity and even dental patients.

Figures also show there were 3.2m fewer elective surgeries in the same period, with 5.6m coming in for care during the pandemic compared to 8.8m pre-Covid.

Patients were left struggling to access care through repeated lockdowns as the health service turned its attention to Covid.

Many were also reluctant to come forward for fear of being a burden on the NHS or catching the virus.

There is mounting pressure on the NHS to start chopping down record waiting lists that have amassed during the pandemic, now that Covid vaccines have largely broken the link between infections and severe illness.

At the other end of the scale, Covid was the primary reason for 83 per cent of patients in London and the South West.

Health officials say those classed as 'primarily non-Covid' could be suffering from an illness that is exacerbated because of the virus.

The NHS only started to differentiate between the types of patients in hospital in June to get a better idea of the scale of the outbreak.

It was instructed to do so by the then-newly-appointed Health Secretary Sajid Javid, who is much more of a 'hawk' than his predecessor Matt Hancock.

Hospitals were told to give a breakdown of those who went to hospital primarily because of Covid and are suffering from severe symptoms.

Those who test positive but are in hospital for another reason are referred to as 'incidental cases' and are picked up because of routine swabbing in the NHS.

Since the figures began to be published on June 18, the proportion of incidental cases has varied between a fifth and a quarter.

These patients appear to make up a bigger proportion of the daily hospital admission numbers.

Leaked figures in July suggested more than half (56 per cent) of these were patients who only tested positive after admission.

This trend is largely consistent with separate data published every fortnight by Public Health England, which shows four in 10 Covid admissions in patients with the Delta variant are 'incidental'.

PREV Melissa Caddick: Anthony Koletti reveals what he REALLY thinks about her ...
NEXT Portugal has nearly run out of people to vaccinate. What comes next? mogaznewsen 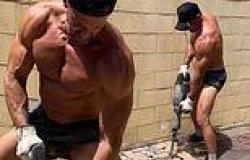 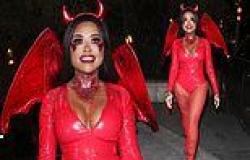 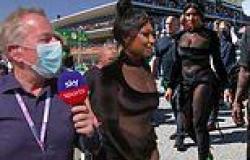 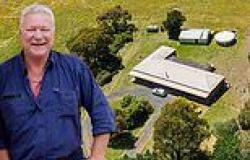