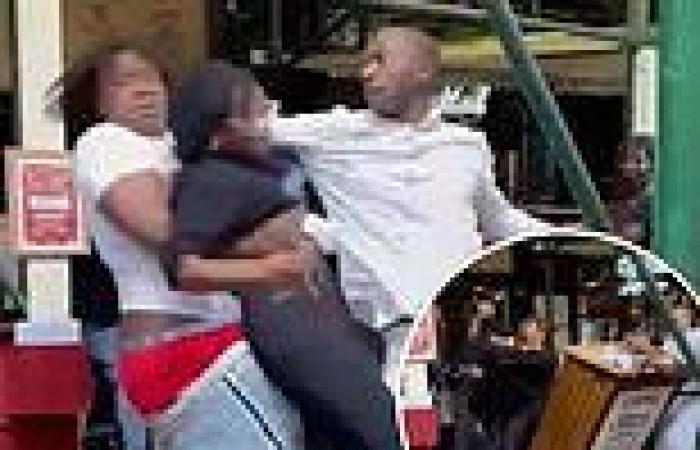 A host at a popular New York City restaurant was assaulted by three women from Texas after she asked for proof they had been vaccinated against COVID-19, police said.

The incident was captured on video as the three women suddenly attacked a host at Carmine's on the Upper West Side and broke her necklace Thursday afternoon after she asked for proof of vaccination, which is required to dine inside at a restaurant in New York City.

As the assault broke out, Carmine's staff jumped in to defend the host and separate her from her attackers as the three Texans yelled about not being allowed inside.

The attack left the 24-year-old victim bruised and scratched, police said. Restaurant owner Jeffrey Bank said the employee was taken to a hospital for treatment and was doing well Friday but was 'extremely shook up.'

Three women from Texas punched and beat a host at the Carmine's Restaurant, on the Upper West Side of Manhattan after she asked for their proof of vaccination to dine indoors 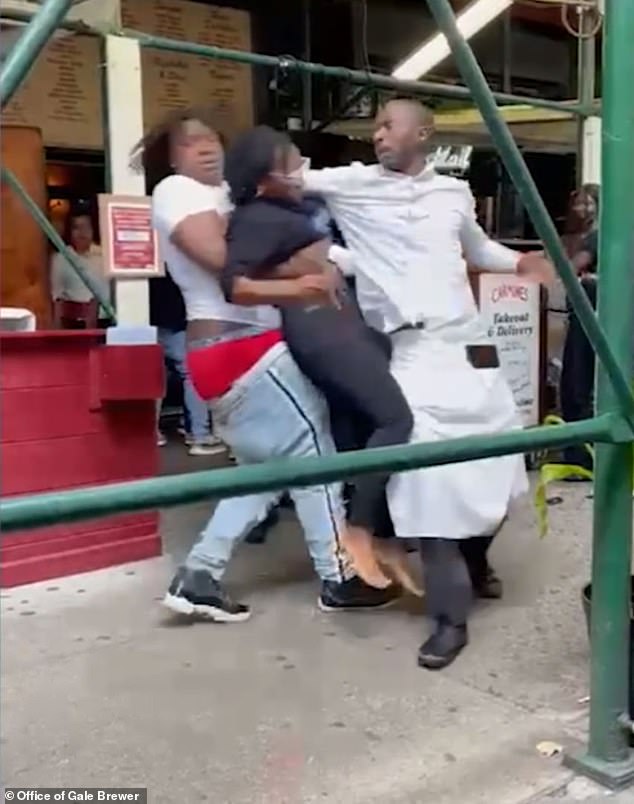 Carmine's staff, right, assisted by another person, jumped in to separate one of the attackers from the 24-year-old host 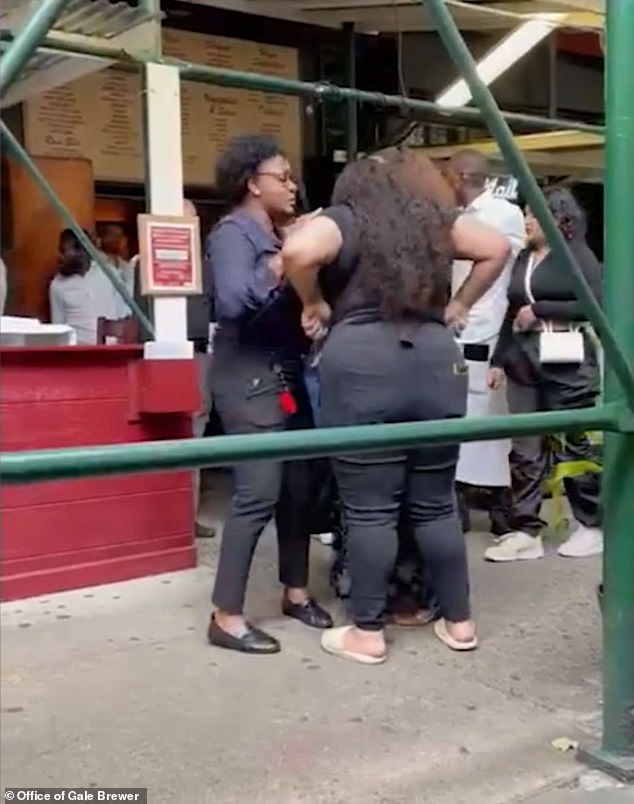 One of Carmine's managers, left, confronted the women who attacked her employee. The women complained that they were not being allowed inside

The three women were arrested on charges of misdemeanor assault and criminal mischief. They were given desk appearance tickets and ordered to appear in court Oct. 5.

Carmine's, which has two locations in New York City as well as outposts in spots including Las Vegas, is known for large servings of pasta and other Italian dishes.

The restaurant has been following the city's rule requiring proof of vaccination for indoor restaurant dining, which has been in effect since August 17 but is only just being enforced as of this week.

Bank, the CEO of the restaurant group of which Carmine's is a part, said the host who was assaulted had offered the women a seat outdoors after they did not produce satisfactory proof of vaccination.

'We follow the laws,' Bank said at a news conference outside the restaurant. 'I respect the vaccine mandate. We have an option, if you´re not vaccinated, sit outside.'

He said Thursday's altercation started with a verbal dispute and escalated quickly.

He said there would be security at the restaurant's host stand Friday. 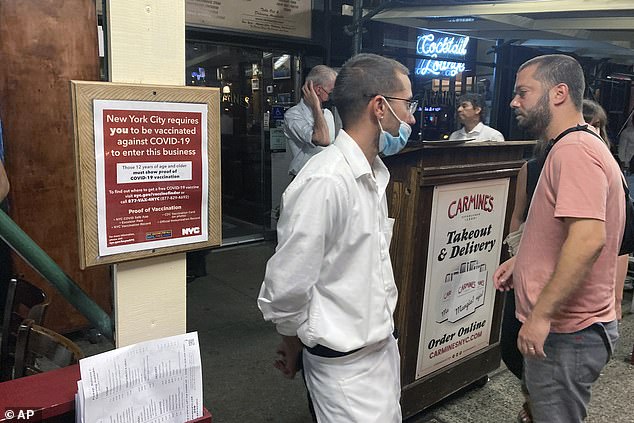 It is unclear how strictly the requirement that restaurants check vaccination status is being enforced in New York City.

A INSIDE EDITION investigation found that 11 of the 15 restaurants they randomly checked were not enforcing the city's policy on Thursday.

When producers visited an eatery on the Upper East Side, they were seated indoors right away

PREV Cargo ship catches fire after dozens of shipping containers fell off
NEXT Portugal has nearly run out of people to vaccinate. What comes next? mogaznewsen 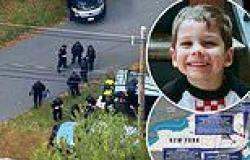 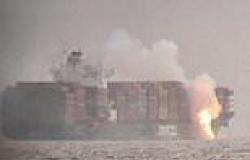 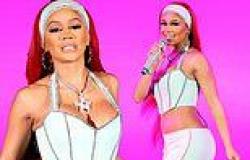 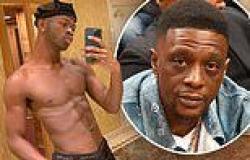