Government adviser admits Covid vaccine would NOT have been recommended for ... 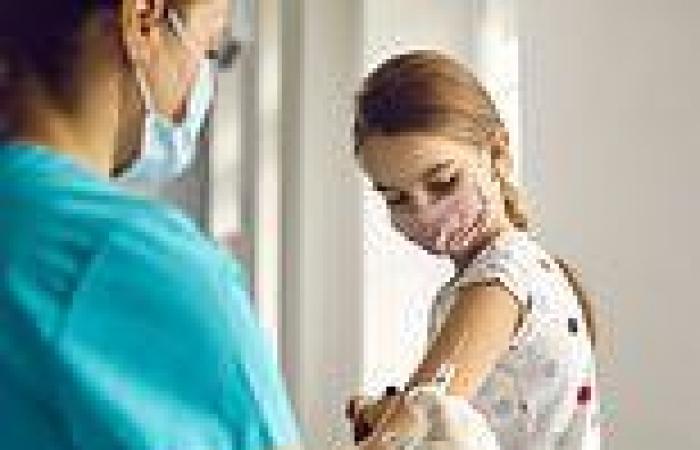 A government advisor had admitted the Covid-19 vaccine would not have been recommended for children in normal times until it had been fully investigated.

Professor Adam Finn, a member of the Joint Committee on Vaccination and Immunisation (JCVI), said scientists did not have the 'luxury' of time to research the possible risks of jabbing children and would usually have collected more evidence before recommending their use on teens.

It comes after the school rollout of jabs for children aged 12 to 15 was given the go ahead last week, with the vaccinations set to start on Wednesday.

But Finn said parents were justified in waiting an extra three to six months to get their children jabbed until the risks were made clearer with further research, the Times reported.

Finn added today the decision on whether to vaccinate 12 to 15-year-olds is not black and white, adding that while it is not 'essential' for them to have a coronavirus jab, it is also 'perfectly sensible' for them to do so. 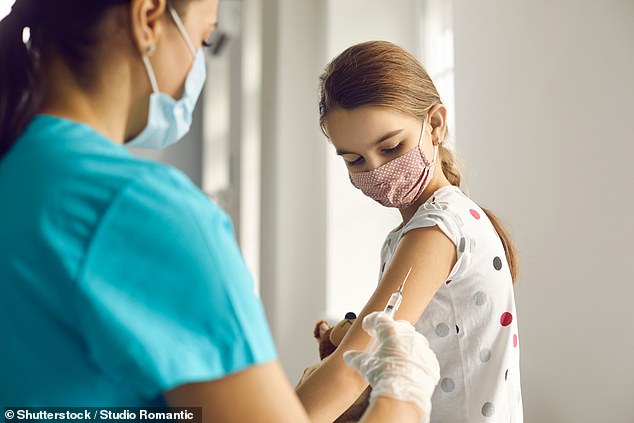 Children should be warned about the tiny risk of life-threatening heart problems before they are given the Covid-19 jab, experts have insisted 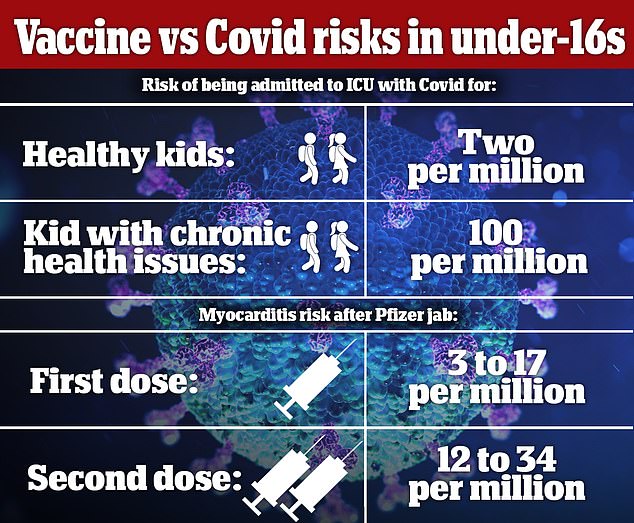 The JCVI looked at the risk of health inflammation - known as myocarditis - in young people given the Pfizer vaccine, which was still very small but slightly more common after a second dose

'It's being offered because the benefits do outweigh the risks, and it's available for people who want it. And I'm afraid that's the truth of the situation.'

He said the reason the process for deciding whether to vaccinate the age group has been 'convoluted and complex' is because there 'isn't a completely clear, straightforward answer'.

He also called on the NHS to spell out the potential long-term consequences of the jab for children, warning vaccinating children without properly discussing the potential risks could undermine future take up and fuel anti-vaxx scepticism.

Around one in 100,000 children suffer heart inflammation and scarring after the jab, putting them at higher risk of arrhythmia and sudden cardiac arrest, current research suggests.

Vaccines are usually tested rigorously before they are rolled out to the general population, but the Covid-19 jab was developed at such speed the research for possible risks for children is still catching up.

Parents are therefore justified in waiting three to six months for more evidence on the possible long-term effects before getting their children vaccinated, Finn said, describing delaying the decision as 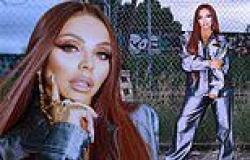 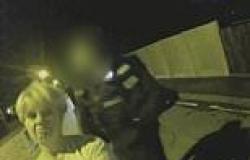