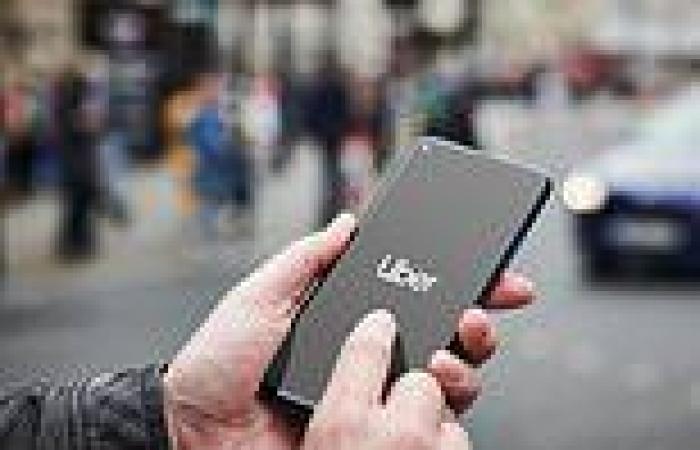 Why it's become so hard to get an Uber: Perfect storm of problems facing customers wanting a ride

Uber has lost thousands of drivers since the start of the Covid pandemic, according to those working with the service. Many drivers are understood to have swapped taxi driving for takeaway deliveries following a huge drop in demand for cabs during lockdown. Uber says it wants to recruit 20,000 new drivers by the end of 2021.

A lack of drivers has led to an increase in surge pricing, some say. The app automatically raises prices to match increased demand. With less Uber drivers around, surging happens more, drivers say.

Uber drivers are allowed to use rival ride-hailing apps at the same time. This allows them to pick and choose the best fares. But it also means drivers can cancel trips enroute to pick-ups if they find a better fare, leaving users facing a longer wait.

Trips not worthwhile for drivers

Because Uber does not pay its drivers to get to a customers, drivers say short trips which take a long time to get to aren't worthwhile. It means if you are far away from a group of drivers, and it is a short trip, it may not be economically viable for them to pick you p.

On top of that, Low Traffic Neighbourhood schemes are making it harder for taxi drivers to reach their customers, discouraging them from accepting fares.

An Uber boss has admitted the cab-hailing service is suffering 'higher driver cancellations', with frustrated customers experiencing longer waits for a pick-up as drivers ditch jobs they don't think are 'worth the fare'.

MailOnline previously revealed that users were finding it harder to get an Uber after 'thousands' of drivers quit the app since the start of the Covid crisis - with many now working for takeaway delivery firms such as JustEat, Deliveroo and sister firm UberEats.

Jamie Heywood, Uber's general manager for northern and eastern Europe, has now admitted that the app is suffering higher driver cancellations, with 35 per cent of cars now taking five or more minutes to arrive.

Speaking to the Sunday Times, he said some of these problems can be traced back to a decision to introduce 'upfront pricing' last October, giving driver and passenger a fixed price for the journey.

Though it is meant to be fairer than the previous system of an estimated price range, drivers say they lose money if traffic is heavier than expected or if they must make a diversion.

The price is only revised upwards if they have to drive at least 40 per cent further or for 20 per cent longer than calculated.

It can take a while to work out if a job is worth accepting, and drivers suffer no penalty if they reject it. Many other drivers also work for one or more of Uber's rivals, so they can scroll on through other, better offers and ditch a fare to avoid risk.

Mr Heywood said that demand for Uber has risen by as much as 40 per cent in some cities since the end of lockdown as many people seek to avoid public transport - which has has left him looking to recruit an extra 20,000 drivers to add to the 70,000 regulars.

Uber increased the service rate from 20 to 25 per cent for thousands of drivers after Supreme Court judges in the UK ruled the company must give its workers benefits such as holiday pay.

To keep their take-home pay up, drivers are taking to 'multi-apping' - using other ride-hailing services such as Bolt and FreeNow at the same - in order to pick-up the highest fare.

But it means passengers waiting for an Uber are regularly having rides accepted, only to have them cancelled while the driver is en route.   Some disgruntled passengers say they have waited more than 10 minutes for a ride in London - where pick-up times were previously a matter of minutes.

On top of that, cabbies have continued to rail against the dreaded Low Traffic Neighbourhood schemes (LTNs) which are making it a nightmare for drivers to reach customers.

Disgruntled users have meanwhile vowed to no longer use Uber due to its long wait times and  'crazy' prices. One customer previously told MailOnline: 'I use Uber quite a lot but have now decided to use other apps. I realised that it takes ages to get a ride.

'I had to wait around 10 minutes once for a service, and have also had rides confirmed thinking I would be on my way out just for it to have it cancelled - and this happened more than once.' 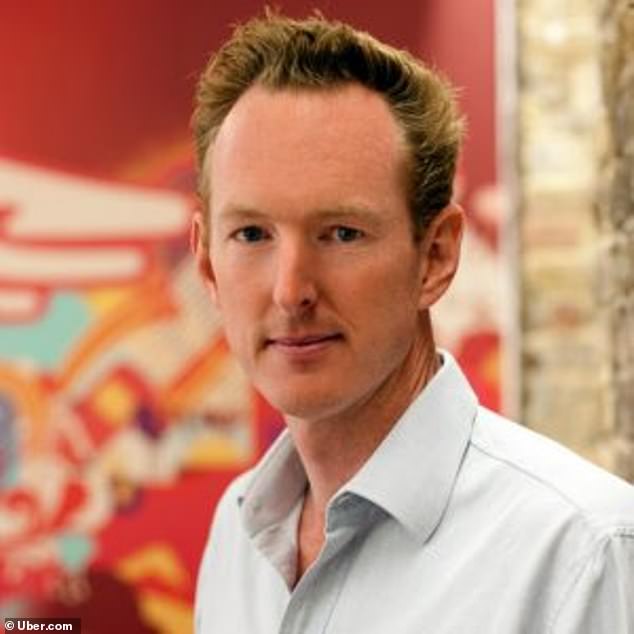 Jamie Heywood, Uber's general manager for northern and eastern Europe, has now admitted that the app is suffering higher driver cancellations, with 35 per cent of cars now taking five or more minutes to arrive 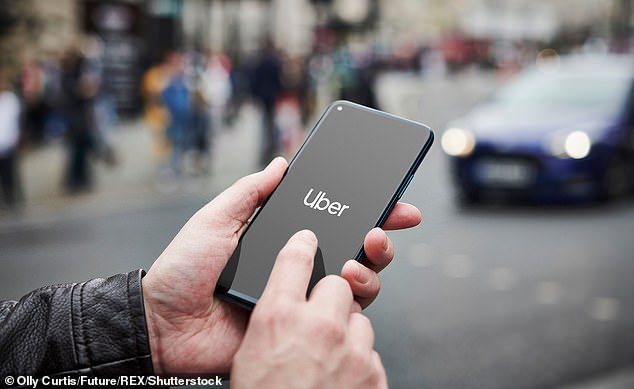 An Uber boss has admitted the cab-hailing service is suffering 'higher driver cancellations', with frustrated customers experiencing longer waits for a pick-up amid a driver shortage and surge pricing

How do the prices compare?

MailOnline price checked the leading ride-hailing app to see how their prices compared. The figures are based on a trip from our office in Kensington to Trafalgar Square and were all quoted around 11am on August 12. 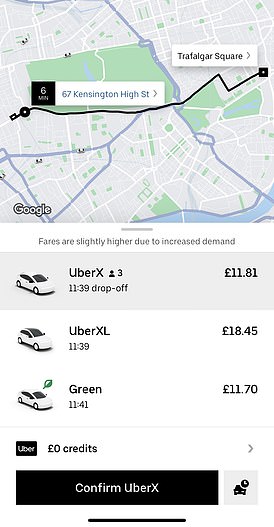 Drivers previously told MailOnline how the issue began at the start of the Covid pandemic, when demand plummeted due to the Covid lockdown in the UK.

Uber driver Nader Awaad said 'thousands' subsequently quit the ride-hailing app, because many were unable to make a living nor claim financial support.

Others were forced to take out Covid support loans to tide them over during the pandemic.

Mr Awaad, who is the elected chair of United Private Hire Drivers (UPHD), said many of the drivers began working for delivery firms such as sister company UberEats, and rivals such as JustEat and Deliveroo.

He previously told MailOnline: 'I had to take out a £20,000 loan at the start of the pandemic.

'I didn't stop driving. I was driving seven days a week to keep myself going.

'Not everyone was able to do deliveries, my car is a Mercedes so it wouldn't work for me. But that's why we lost a lot of drivers.'

He says the situation has been made worse by an effective cut in pay for thousands of Uber drivers.

Uber increased its service fee for many drivers following a Supreme Court ruling in the UK in February.

The ruling meant that Uber drivers are now classed as 'workers' rather than contractors and thus entitled to benefits such as holiday pay.

Uber later moved its longer serving drivers from a 20 per cent service rate - the cut it takes from each fare - to a rate of to 25 per cent.

Bosses of the ride-hailing app say the move was to 'standardise' the charge. Uber said newer drivers were already paying this higher rate prior to the court judgment.

But Mr Awaad says that some trips for Uber drivers are now no longer worth taking, particularly in the midst of rising fuel prices.

He says drivers are also not paid for their journey to the customer, meaning many drivers are rejecting trips which are not in a close vicinity.

This, along with the increased service charge, he says, has resulted in some drivers taking to 'multi-apping'.

Multi-apping, which is permitted by Uber, is when drivers have numerous ride-hailing apps opened at one time.

For example, a driver can be searching for an Uber customer and one from rival ride-hailing app Bolt at the same time.

Mr Awaad says this allows drivers to pick and chose the best fare. He said: 'I feel guilty cancelling a trip, but drivers are just driving to maximise the price.

'If Uber pays £15 for a trip and Bolt pays £25, what are you going to? That's why customers are waiting for so long at the moment. It's chaos.'

Unlike traditional peak periods though, Uber surges can happen late at night, such as pub or club kick-out time, when there is a spike in demand for Ubers but not as many drivers.

However, Mr Awaad said that due to a lack of drivers, Uber was now 'surging all the time'.

'It's not fair on the customers,' he previously added.

Uber users have noticed the changes, with many previously taking to Twitter to moan about the service.

One Twitter user wrote: 'You legit have to allow an extra 20 minutes to your journey when using Uber.

PREV Rishi Sunak is to announce cash injection for tens of thousands of new houses ...
NEXT Country's smallest detached house goes on the market 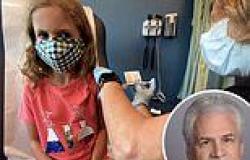 FDA advisory committee member says there is NO evidence all children need ... 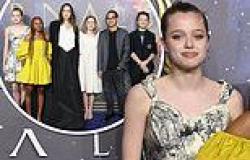 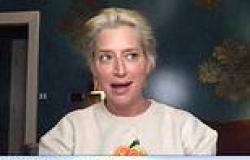 Dorinda Medley weighs in on rumors Erika Jayne is dating again as she jokes ... 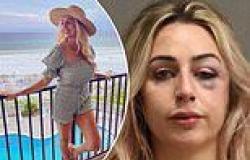 FDA advisory committee member says there is NO evidence all children need ...

Dorinda Medley weighs in on rumors Erika Jayne is dating again as she jokes ...

Rebel Wilson says she'd put weight back on for a movie - but only if she'd be ...

California ports scramble to clear 40% of empty containers by Sunday amid ...