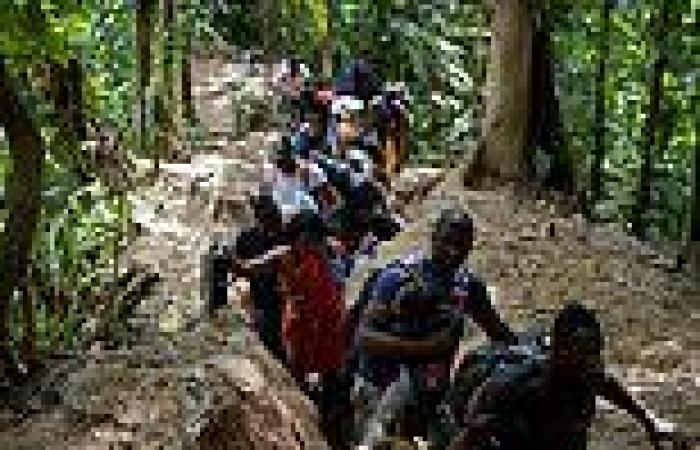 Republicans have slammed Alejandro Mayorkas after he finally admitted that 12,000 Haitian migrants have been released into the U.S. and acknowledged the figure 'could be even higher'.

The Secretary of Homeland Security told Fox News on Sunday that approximately '10,000 or so - 12,000' mostly Haitian migrants had been released into the country.

In the same interview, Mayorkas acknowledged that some of the thousands of migrants who had been camped out under a bridge near Del Rio, Texas, had not been tested for Covid-19.

Lance Gooden was among the Republican's to hit out at Mayorkas' handling of the border crisis.

'Why hasn't Mayorkas been FIRED?,' the Texas congressman wrote in a tweet, detailing the Homeland Security chief's recent admissions.

Lauren Boebert, a Republican from Colorado, also criticised Mayorkas, apparently comparing the release of untested Haitians to an incident in which a mother claimed her child was kicked off a flight from Colorado to New Jersey for not wearing a mask.

'Two-year-olds are getting forced off planes for not wearing masks while Mayorkas just released 12,000+ illegals into the country without so much as a COVID test.

He wrote that for American citizens, the rule is to 'get the vaccine or you're fired' but for 'illegal immigrants' it's 'no testing, no vaccines & being sent to every community in America!' 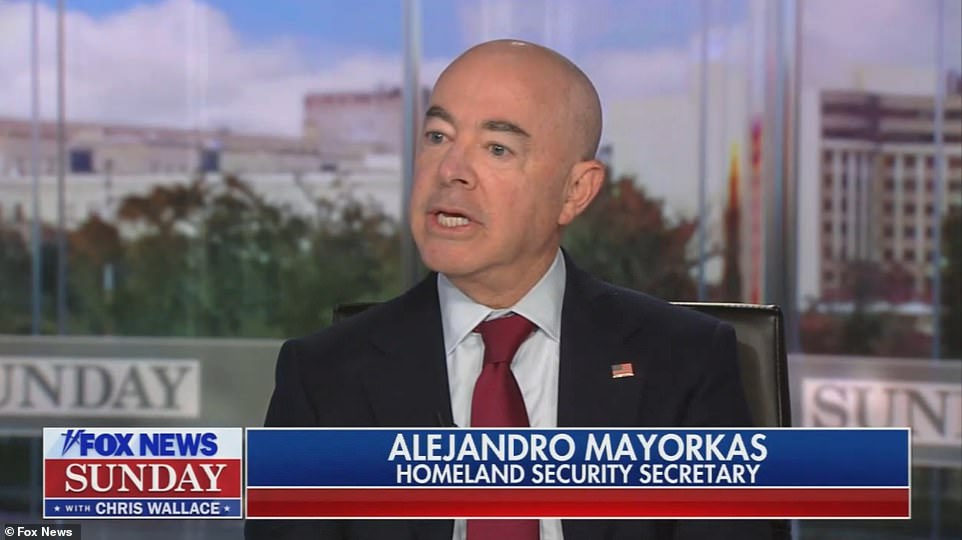 Homeland Security Secretary Alejandro Mayorkas has been slammed by Republicans after admitting that 12,000 Haitian migrants have been released into the U.S., claiming that number could increase as 5,000 other cases are still being processed 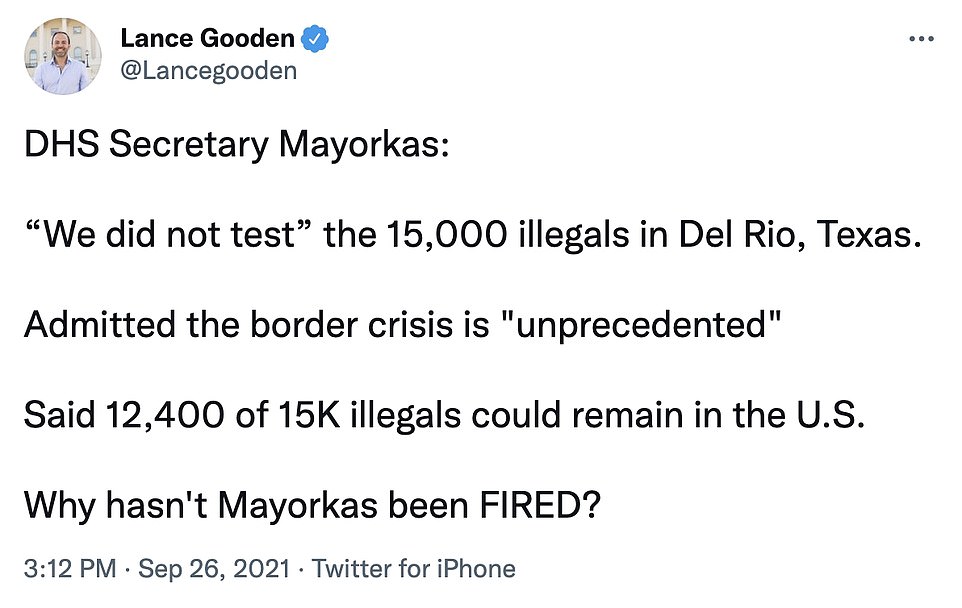 When asked by Fox how many of the group under the bridge - which official figures put at 15,000 at its peak - had been tested for coronavirus, Mayorkas insisted the administration was following 'strict Covid testing protocols'.

'We test, isolate, and quarantine unaccompanied children. We work with nonprofit organizations to test families,' he said.

Mayorkas' response appears to contradict comments he made to reporters a day earlier, suggesting that none of the people camped out under the bridge had been tested.

When asked how many of the group who were living in cramped conditions under the bridge had tested positive for the virus, Mayorkas said he did not know.

'We certainly had some people get sick, not with COVID to my knowledge and we addressed their illnesses.'

Mayorkas' comments come as more Haitians make their way to the U.S., with images emerging on Saturday of a caravan travelling to the Panamanian border from Acandi, Colombia.

Haiti is the poorest country in the Western Hemisphere and has been ravaged by two major earthquakes, one in 2010 and one in August this year that killed more than 2,000 people.

The Caribbean island has also been beset by political instability, which was made worse when President Jovenal Moise was assassinated in July.

On Sunday, Mayorkas continued to downplay the massive southern border crisis, saying these migrations are 'nothing new' and telling Fox he wouldn't classify the crossing as a 'flood' of people. 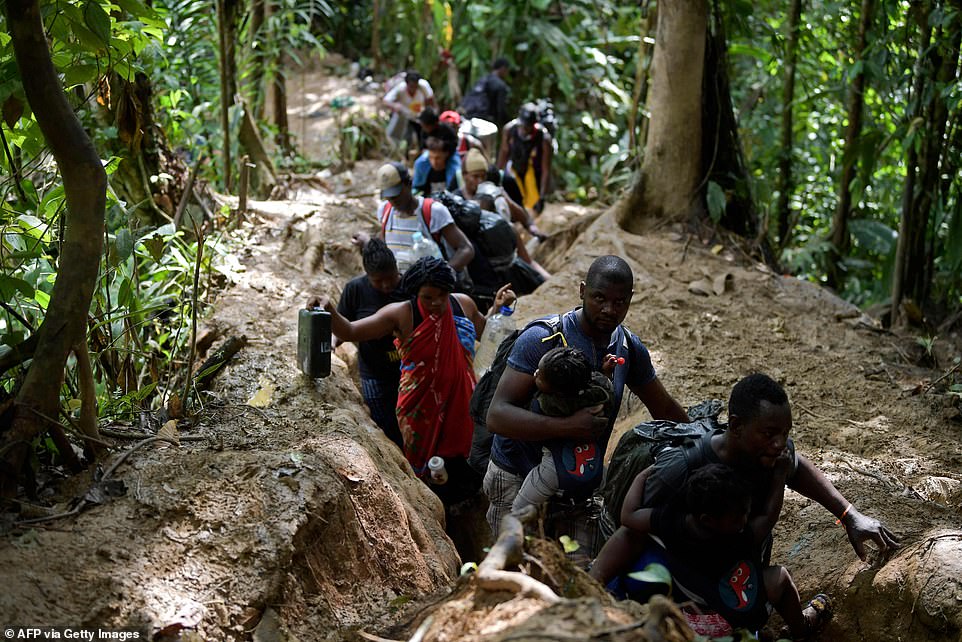 Haitian migrants cross the jungle of the Darien Gap, near Acandi, Colombia en route to Panama on Sunday. They are trying to reach the U.S. 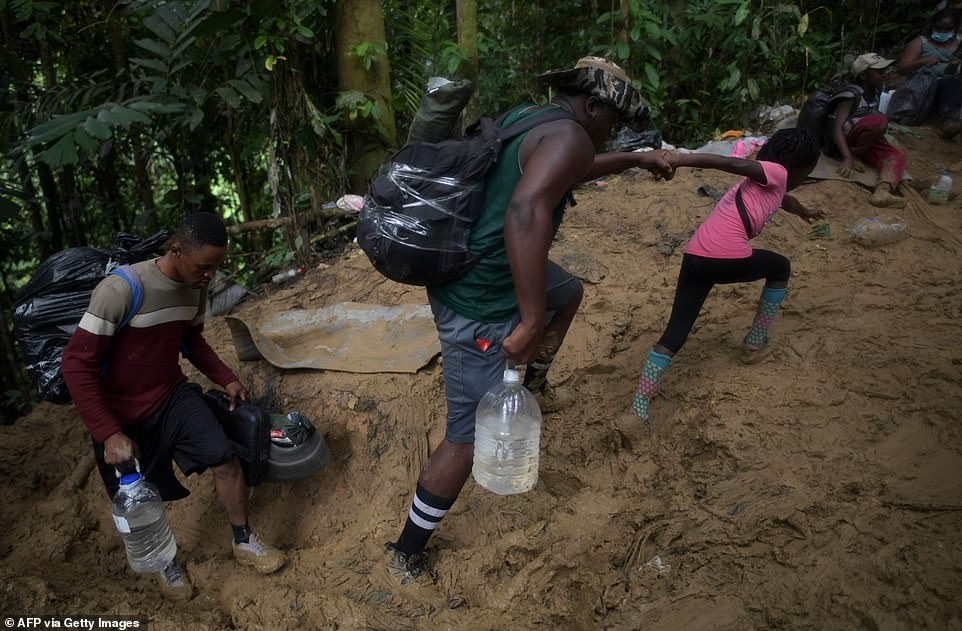 Haitians are attempting to reach the U.S. even after 12 deportation flights returned some of the new arrivals to Haiti. Pictured: Haitian migrants cross the jungle of the Darien Gap, near Acandi, Colombia en route to Panama on Sunday 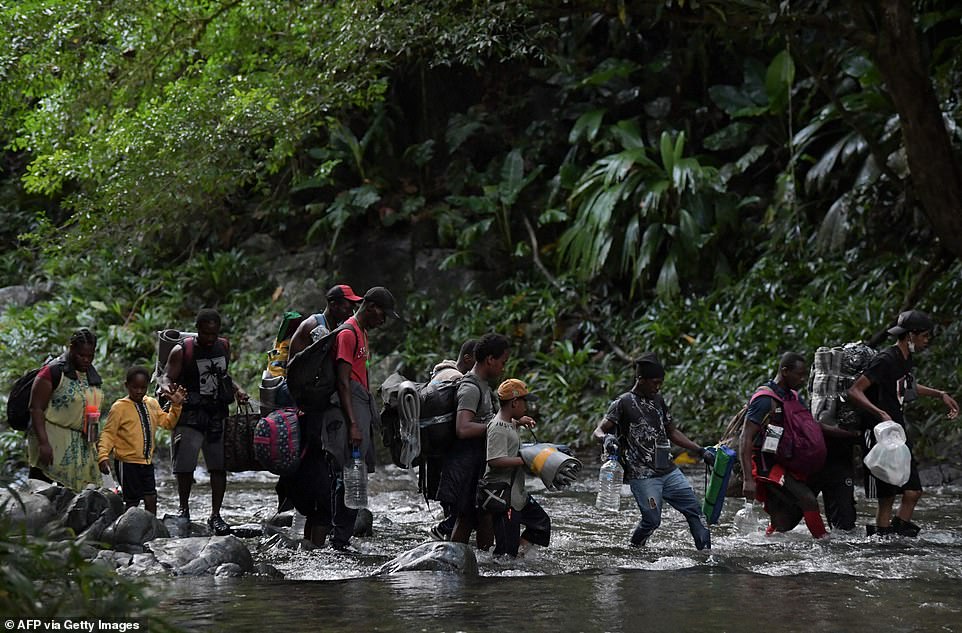 Haitian migrants cross the jungle of the Darien Gap, near Acandi, Colombia en route to Panama on Sunday 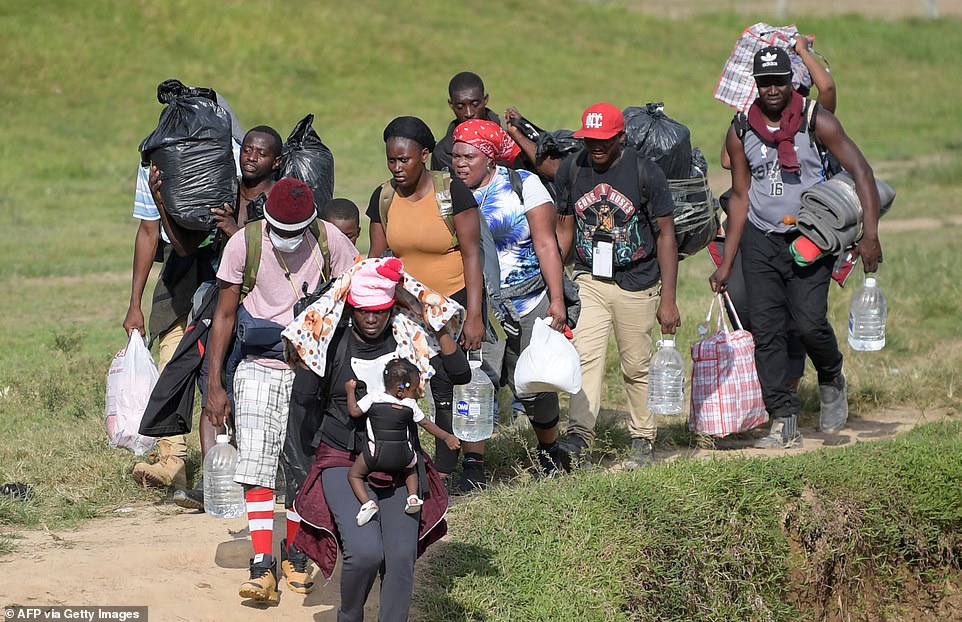 Another caravan of Haitian migrants are making the long trek to the U.S. to claim asylum. Here a group walks toward the border of Panama from Colombia on Saturday 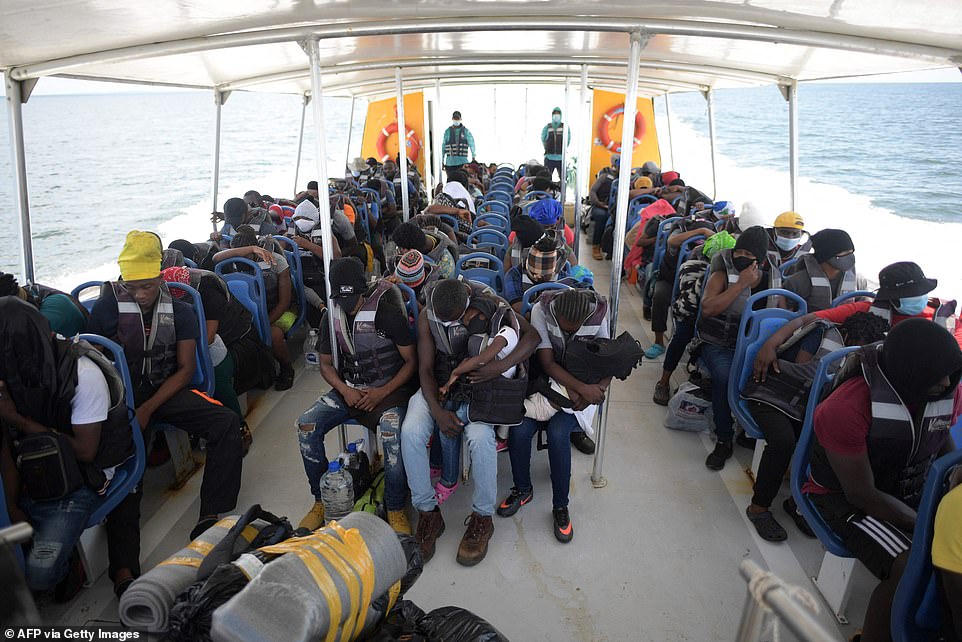 Haitian migrants sail on Saturday from Colombia to Panama as another caravan makes its way to the U.S. southern border amid an already overwhelming surge 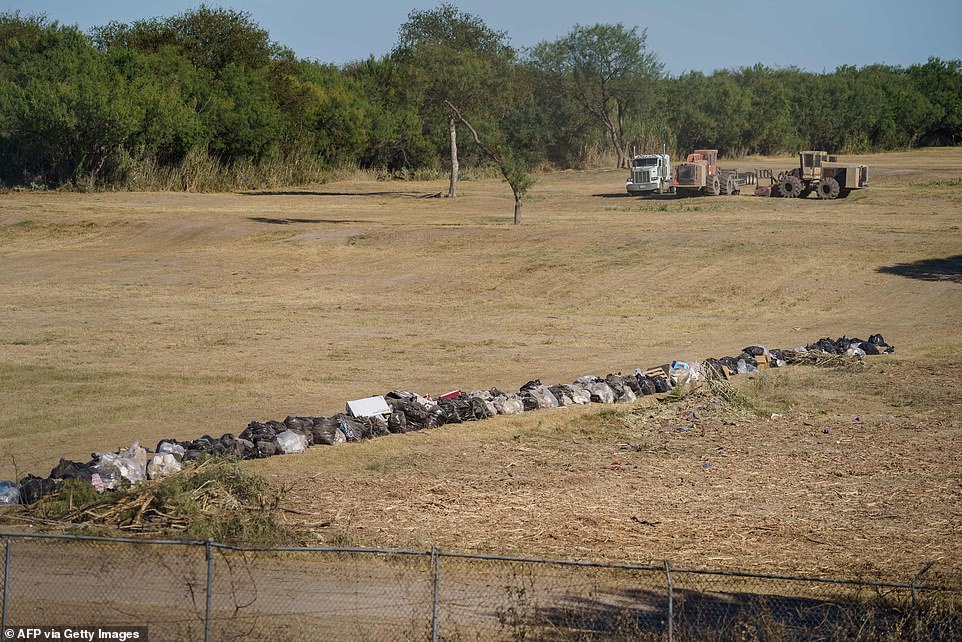 The area where the encampment of Haitian migrants stood just days early is seen empty on Saturday, allowing the Del Rio Port of Entry to reopen after being closed for a week 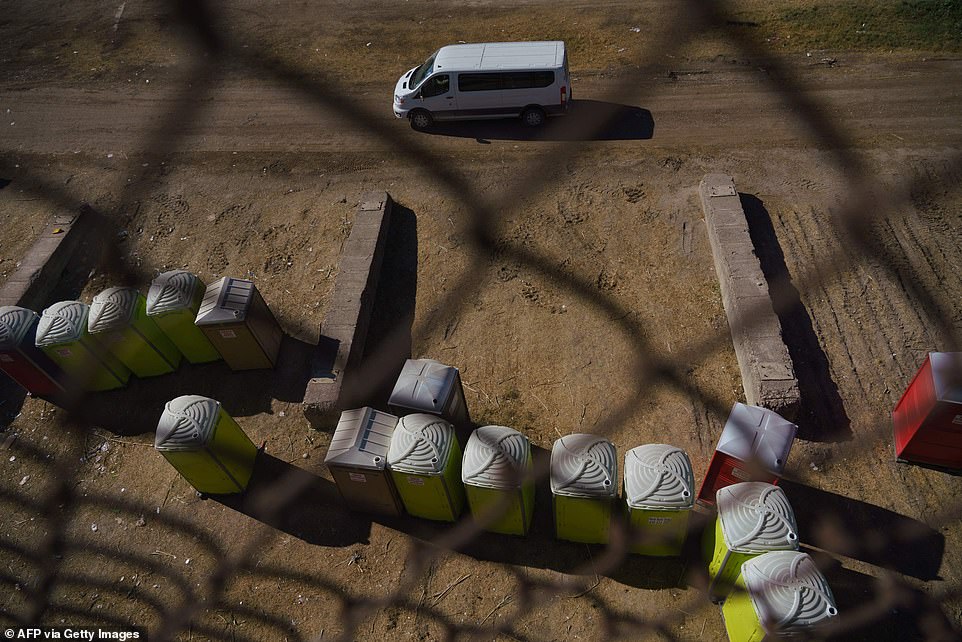 He did, however, acknowledge that the U.S. immigration system needed to be reformed.

PREV Tony Armstrong blasts South African cricketer Quinton de Kock for not taking a ...
NEXT Portugal has nearly run out of people to vaccinate. What comes next? mogaznewsen 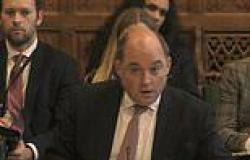 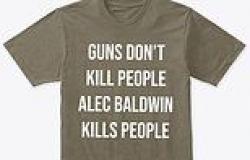 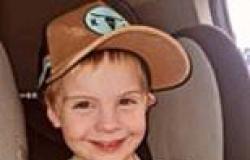 Mystery over how boy, 4, died after his body was found in a swimming pool but ...

Jennifer Garner looks radiant in a flowing floral maxi skirt as she runs ...

Candice Warner on fall out from David's ball-tampering scandal and talks her ...

Chancellor is mocked for wearing 'teenage' flip-flop footwear in pre-Budget ...

Nadia Bartel upgrades her crockery - weeks after snorting 'white powder' off a ... 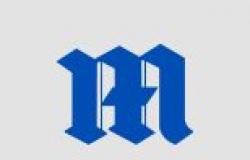 Candice Warner on fall out from David's ball-tampering scandal and talks her ...