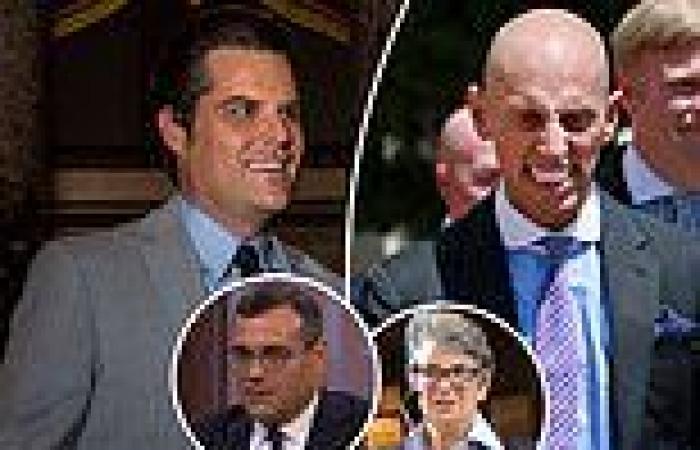 While federal investigators probe allegations that Florida Republican Rep. Matt Gaetz engaged in a sexual relationship with a 14-year-old girl and other possible crimes, the firebrand lawmaker has armed himself with three of New York City's top attorneys.

That could mean he's expecting to face a criminal trial despite insisting himself that he's innocent, experts claim in a Daily Beast report released Monday morning.

'The fact he’s hiring trial lawyers would suggest that they are preparing for a trial, not a negotiation,' ex-federal prosecutor Jill Wine-Banks told the outlet.

No recent news has come out of the ongoing investigation, which was first revealed in late March.

Gaetz, who has blamed deep state corruption and extortion attempts for the scandal, frequently points out that he hasn't been charged with anything written in the explosive headlines that trailed him months earlier.

'Although Gaetz and his allies like to interpret the lack of charges as an indication of innocence, the delays could just as easily suggest that the charges that could be coming down the pike are extremely grave and complex,' the report notes.

With his trio of high-powered lawyers, Gaetz joins client rosters that include his close ally Donald Trump and his family, as well as Jeffrey Epstein and drug lord El Chapo. 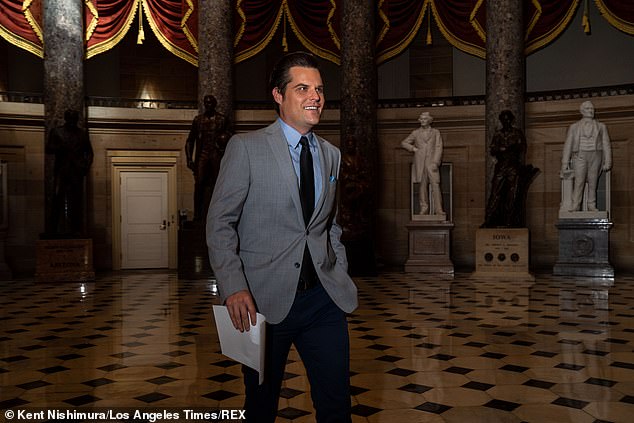 Rep. Matt Gaetz has denied the range of allegations facing him and said they were the work of deep state operatives and parties trying to extort him

'Based on hiring these attorneys, I think he could be taking an aggressive approach, to try to shred the credibility of the prosecution, perhaps turn the tables and put them on trial,' ex-assistant AG in New York Tristan Snell told the Daily Beast.

His ties to Trump's circle go back decades, with a close connection to Rudy Giuliani. Mukasey's father was once a US attorney and was close friends with the former NYC mayor.

Mukasey has been reported to be a protégé of Giuliani's. Marc Mukasey, who's represented the Trump Organization and members of the Trump family, is one of two lawyers personally representing Gaetz (pictured: Mukasey reacts to the acquittal of his former client, Navy SEAL Eddie Gallagher, who was charged with premeditated murder in the killing of an Iraqi teen)

Mukasey is also defense counsel for Jared Kushner friend and former Observer editor Ken Kurson. Kurson was charged in New York in August for allegedly spying on his ex-wife. He was pardoned by Trump for similar transgressions months earlier.

But the report notes that Mukasey has stepped back from Trump as he's joined Gaetz's team. He was retained by the Florida lawmaker in April and as recently as last week, he withdrew from Eric Trump's civil defense team in the New York State probe with no explanation.

Attorney Marc Fernich, who represented Epstein until his death, was retained by Matt Gaetz's official campaign committee, Friends of Matt Gaetz, in June.

Fernich made headlines after the convicted pedophile's suicide when he blamed 'overzealous prosecutors' and a 'hysterical press corps' for his death in custody. 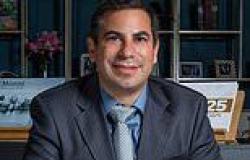 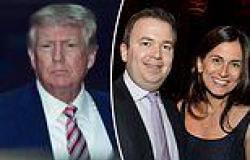