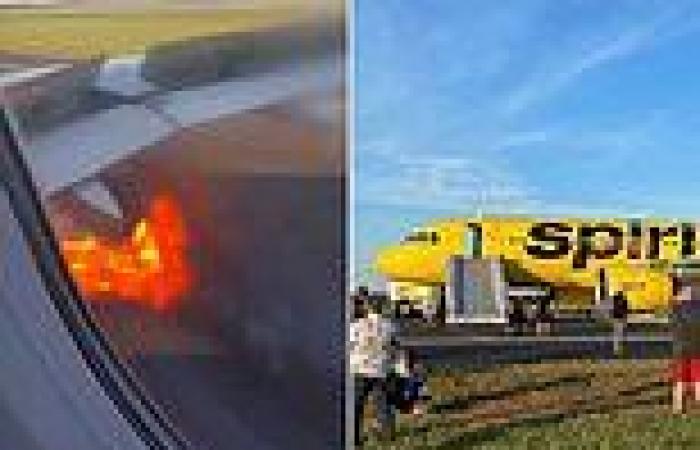 Passengers on a plane in New Jersey screamed with fear as an engine on the aircraft erupted in flames just as it was hurtling down the runway.

The Fort Lauderdale-bound plane was forced to abort its takeoff from Atlantic City after a bird strike appeared to damage the right hand engine causing flammable fuel to leak out onto the tarmac.

Those traveling could only watch on in horror and flames spewed from the rear of the engine while they waited for instructions from the crew as to what to do next. 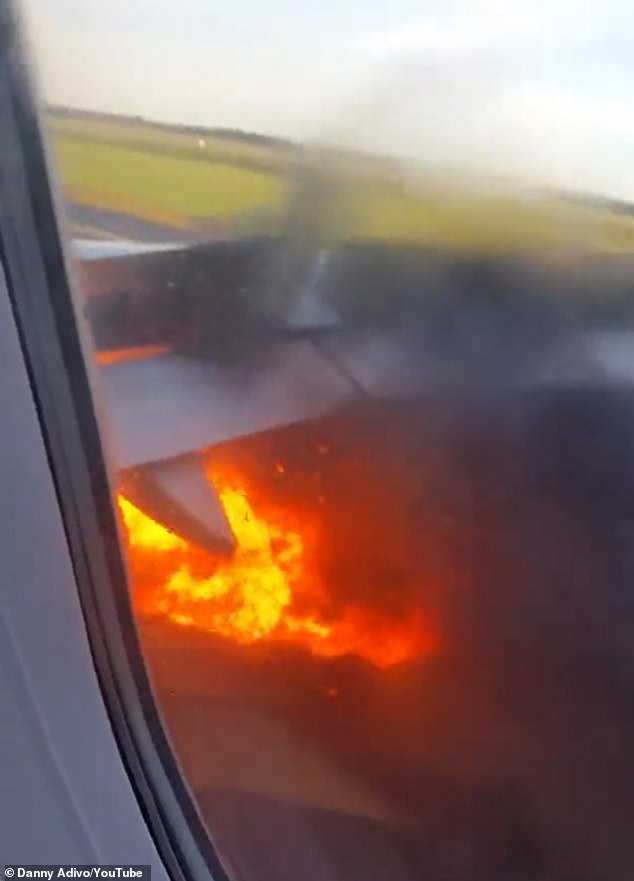 A Florida-bound plane trying to take off from Atlantic City, New Jersey caught fire on the runway after an apparent bird strike 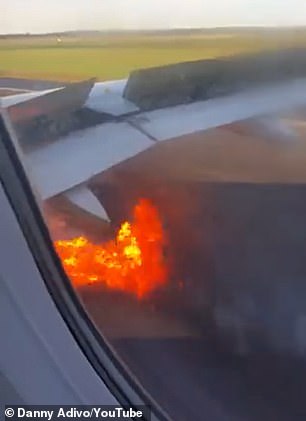 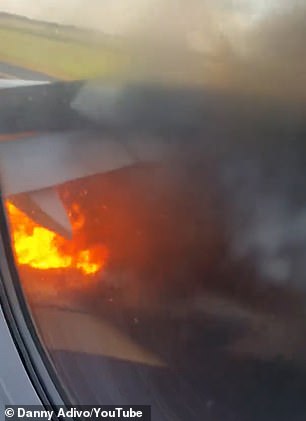 The incident happened on Saturday afternoon at around 6pm. Flames could be seen shooting out the rear of the engine

People sitting by the windows could be heard screaming 'fire!' as panic quickly spread throughout the cabin.

All-the-while, the crew of the Spirit Airlines jet remained calm as they told passengers to stay in their seats.

'Holy s***!' yelled one woman. 'Open this door and let us out now! C'mon,' said another and they jumped out of their seats.

Very few appeared to listen with footage shot inside the cabin showing people reaching up into the overhead bins to retrieve their luggage prior to getting off the plane. 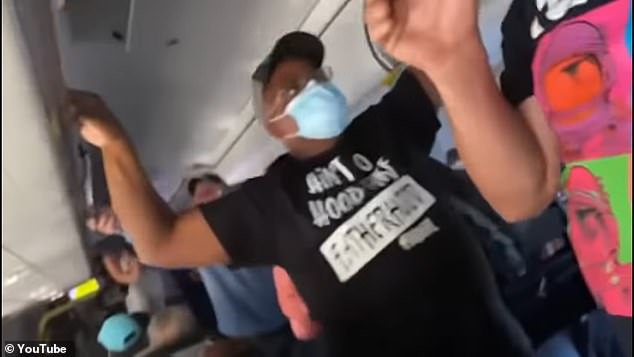 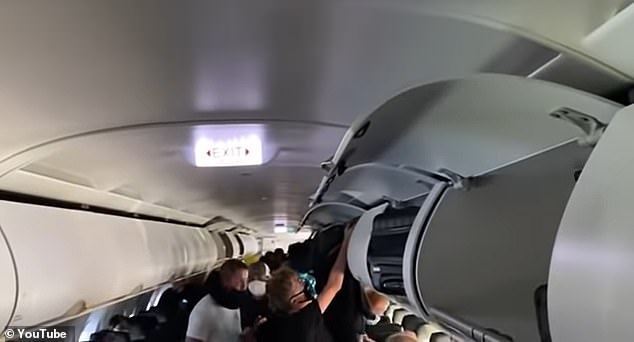 One man could be heard telling a passenger to 'relax' but it was clearly something that many found hard to do given the circumstances.

Flight attendants explained that airport fire crews were racing to the scene and for passengers to sit back down.

Before many could return to their seats, the captain issued an order to evacuate but to avoid using the over-wing exit where the engine had been blazing. 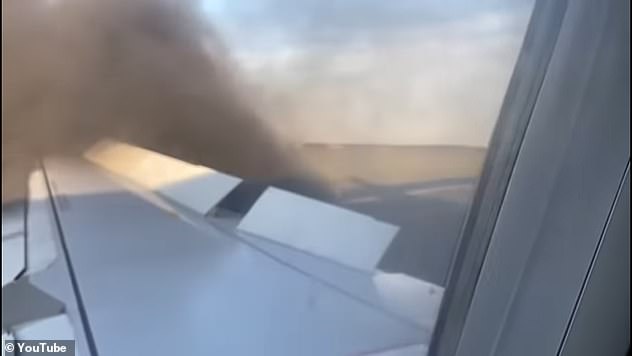 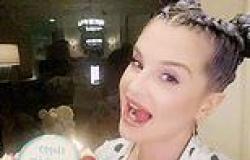 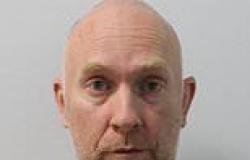 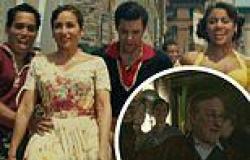 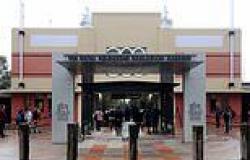