Cheshire farmer hurled billhook at cyclist who followed him home after row for ... 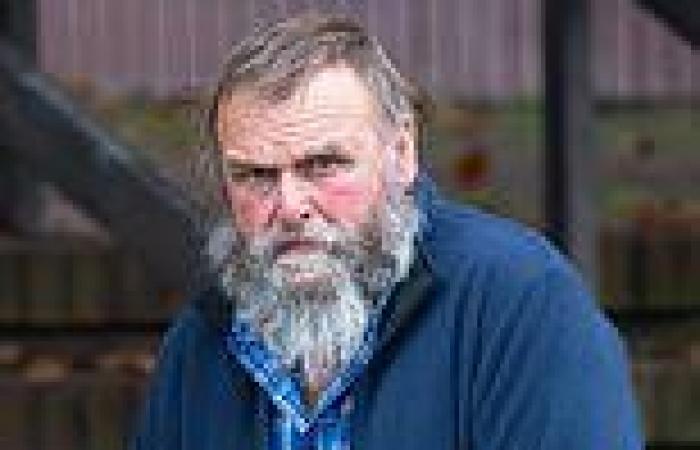 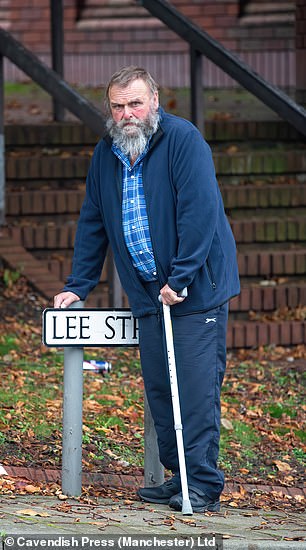 Robert Fell was given a conditional discharge and described as a 'man of good character', but had to pay costs of £107

A disabled farmer has been ordered to pay £107 for causing 'distress' to a cyclist who followed him home and confronted him when he was told to 'get in the cycle lane' during a road rage row.

Robert Fell, 66, threw a billhook - a scythe like farmyard tool - at cyclist Andrew Smith, who is in his 30s, that damaged his £2,950 bicycle after he ventured onto his land for a showdown.

The pair had exchanged a war of words in the tiny hamlet of Millington, near Knutsford, Cheshire, when Mr Fell was forced to overtake him while a cycleway running parallel to the road lay empty.

During the row, Mr Smith, who is in his 30s, told the farmer in his van that he was 'too close' as he overtook him, while Fell, who was just yards from home, wound down the window of his VW Transporter van and retorted: 'Well get on the cycle path then!'

After the incident unfolded at around 3pm on April 8 this year, Mr Smith followed Fell back to his nearby farm, Stockport Magistrates' Court heard.

Shortly after Fell got out of his vehicle Mr Smith walked passed a 'Private Property Keep Out' sign on a private road and confronted the elderly farmer in his yard saying: 'Why are you speaking to me like that?'

Fell fired back: 'Got off my lane!' before grabbing the billhook, a tool used to trim tree saplings, and hurled it towards Mr Smith, causing damage to the carbon framed L6 Sport Disc Road Bike. He was arrested shortly afterwards at the rural premises.

Fell pleaded guilty to causing harassment alarm and distress after his not guilty pleas to assault and criminal damage were accepted.

Mr Smith was not in court but claimed £2,195 worth of damage was caused to his expensive bike but magistrates' refused to order Fell to pay any compensation as the victim had been on private property at the time of the attack.

Fell was conditionally discharged for 12 months and ordered to pay £107 in costs and surcharges. 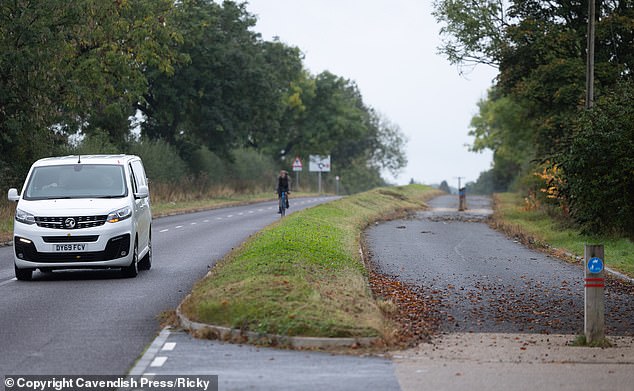 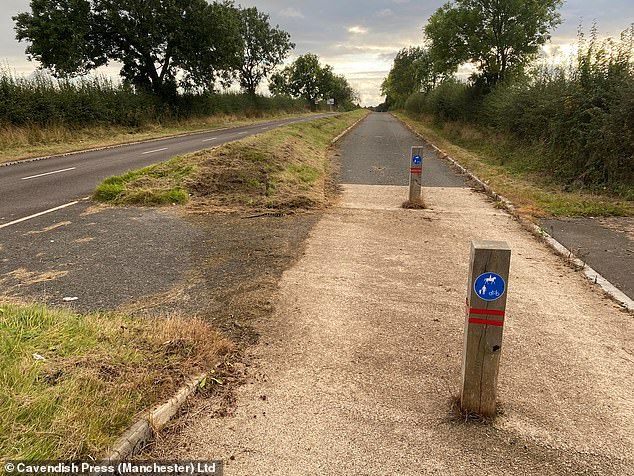 The farmer told cyclist Andrew Smith to 'get on the cycle path then' after he was forced to overtake him on the main road, close to his home. Pictured: The empty cycle path near Mr Fell's farm

The court heard Fell had experienced various 'difficulties' with cyclists failing to use the cycle lane which was built in 2017 next to his property as part of the £200m A556 Northwich by-pass scheme.

The three year highways project involved a new dual carriageway being built from Altrincham to Chester while parts of the old main Chester Road going through the millionaire’s village of Mere was narrowed to accommodate cyclists riding along the so-called 'Tatton Trail.'

Defence lawyer Lesley Herman said: 'Mr Fell lives near a new motorway junction and a cycle path has been put in place at some expense to the government. It is very close to his property and he 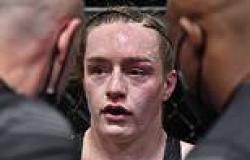 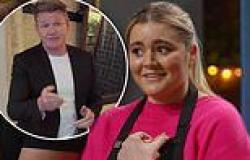 Gordon Ramsay takes revenge on daughter Tilly for her egg prank on Celebrity ... 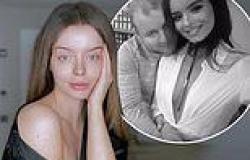 'I miss you every single day': Maura Higgins pays tribute to her late friend on ... 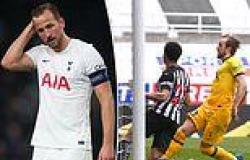 Frustrating reason why wife has to 'beg' her husband for sex:

NSW Premier Dominic Perrottet and his wife Helen have announced they are ...

Gordon Ramsay takes revenge on daughter Tilly for her egg prank on Celebrity ...

'I miss you every single day': Maura Higgins pays tribute to her late friend on ...

Block enemies chased each other in a jaw-dropping new confrontation:

Big hold that Australia has over China 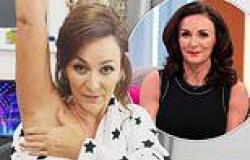 Frustrating reason why wife has to 'beg' her husband for sex: