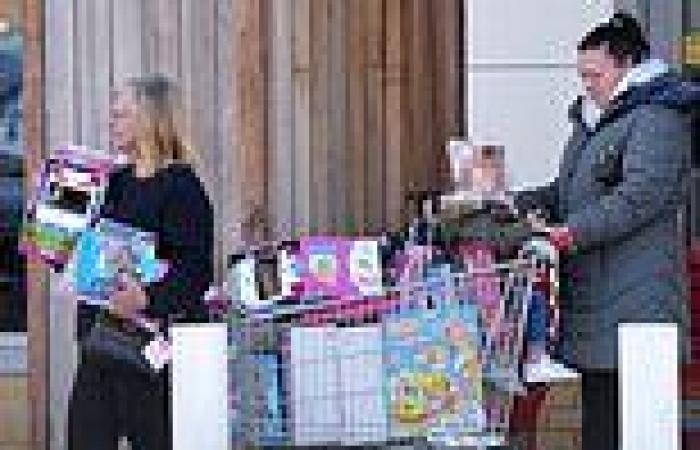 Toy prices are set to soar over the next few months ahead of Christmas and into the new year with some businesses saying they are already having to charge more.

The Toy Retailers Association warns price increases in the coming months were 'inevitable' with shipping costs having risen a whopping 900 per cent in a year, with a £15 toy truck now costing £7 to ship from the Far East, up from 70p a year ago.

Meanwhile in the US, the country's Toy Association has said the cost of children's toys has risen by as much as 10 per cent ahead of the Christmas season.

One educational toys firm based in Shropshire said it had been 'hit with increases from every angle - from higher cost of goods, to additional delivery surcharges'.

And a children's publishing business in Bristol told how by the new year it will 'have no choice but to adjust prices to accommodate ever increasing material costs'.

However a learning products company based in Milton Keynes said it would 'like to increase our product prices' but it cannot because it doesn't want to lose customers.

The Bank of England has already flagged that inflation could hit 4 per cent by the end of the year, while supermarkets say food prices could increase by 5 per cent.

Alan Simpson, chairman of the Toy Retailers Association, told MailOnline today: 'It is inevitable that prices are going to rise given the extra costs being incurred by retailers due to exorbitant rises in shipping costs. 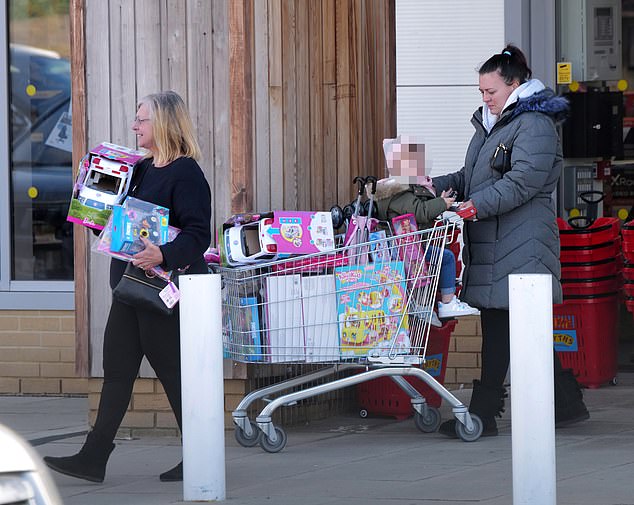 People out stocking up ahead of Christmas at a Smyths toy shop in Slough, Berkshire, today 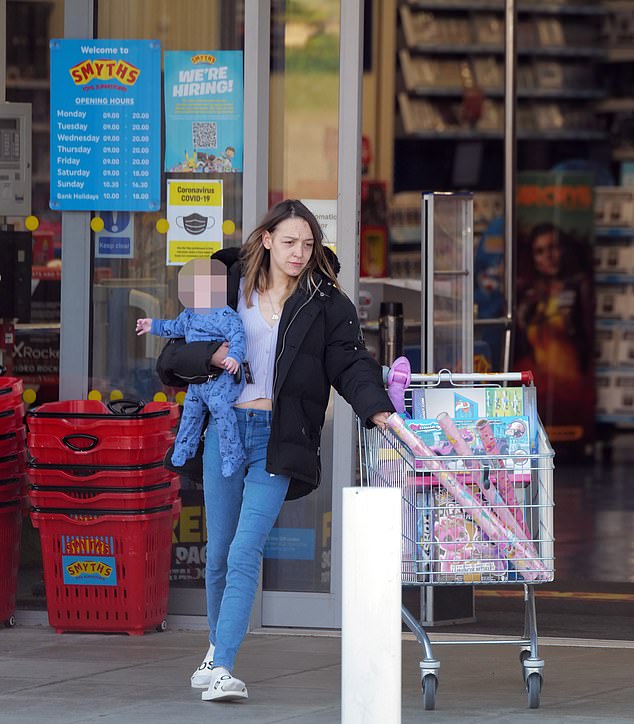 A woman pushes a trolley out of a Smyths toy shop in Slough, Berkshire, this morning 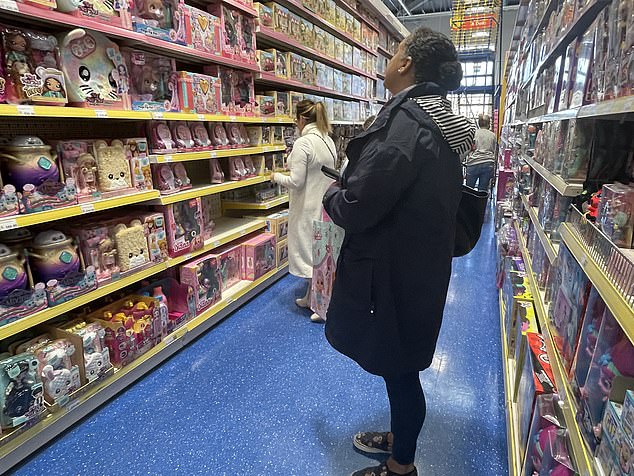 Shoppers look at products in a Smyths toy store in Slough, Berkshire, this morning

'The large majority of toys are manufactured in the Far East and we have seen freight rates rise beyond belief - in some cases we are paying 10 times what it costs to ship a container now compared to 12 months ago.

'Suppliers simply cannot absorb this level of increase and price rises are an inevitability. This anomaly is not confined to toys and can be expected to filter through all retail sectors whose product line originates in the Far East.

Around one in four people are concerned that items they may want to buy on Black Friday could be out of stock due to transport problems, according to a survey.

Some 26% of people questioned by YouGov said they are worried that the products they hope to purchase during the discount shopping event on November 26 will not be for sale due to the lorry drivers crisis.

Young adults aged 18 to 24 were found to be the most concerned, with just over two-fifths (42%) agreeing, according to the poll of more than 2,100 people across the UK carried out between October 8 and 11.

More than half (61%) of the respondents said they are still shopping online more than they did before the coronavirus pandemic.

Comparison website PriceRunner, which commissioned the research, said its own analysis of more than 12,000 products sold on Black Friday last year found that prices for around one in five had been ramped up and then reduced in time for the sale.

'This is simply beyond the control of retailers here in the UK and we are at the mercy of several outside factors.'

Mr Simpson, who is managing director of Toytown, a chain of independent retailers based in Belfast, told BBC News about the example of a toy construction truck.

It now costs £7 to ship, compared to 70p in October 2020. The toy currently sells at his Toytown stores for £15, but he said the price will have to rise soon.

Mr Simpson added: 'Come January, all suppliers are going to have to increase prices again, having [already] increased them in June, July and August this year.'

Andrew Opie, director of food and sustainability at the British Retail Consortium, told MailOnline today: 'There are clear signs that the cost pressures from rising transport costs, higher energy and commodity prices, and ongoing labour shortages, all of which are starting to filter through to consumer prices.

'A survey of retailers showed that three in five expected prices to go up over the next three months.

'Government can reduce some of these cost pressures in the near term is by expanding the size and scope of the new visa scheme, so that labour shortages throughout the supply chain can be filled while new British workers are trained.'

He told MailOnline today: 'Reluctantly, we have already been forced into implementing price increases for our customers.

'As with many online retailers, we have been hit with increases from every angle - from higher cost of goods, to additional delivery surcharges. The balance between protecting profits and remaining competitive is becoming a real concern.'

Ruth Bradford, owner of the Little Black & White Book Project publishing firm in Bristol, told MailOnline: 'I'm desperately holding off from being a Christmas grinch and keeping everything the same. 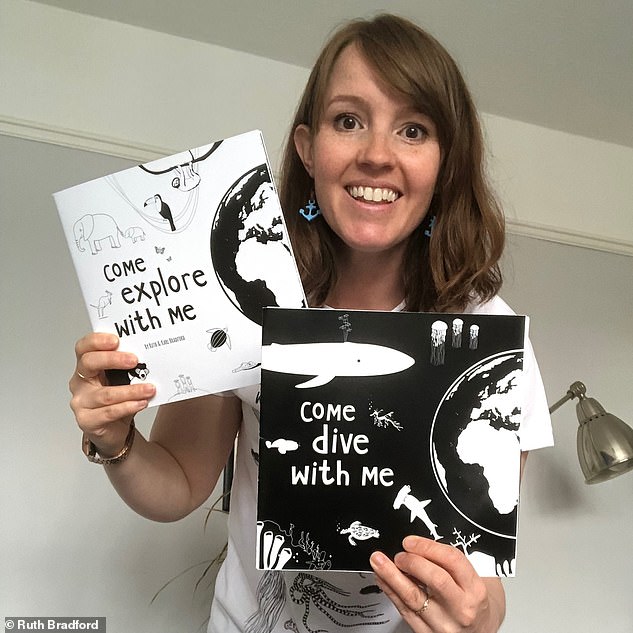 Ruth Bradford, owner of the Little Black & White Book Project publishing firm in Bristol, said she's 'desperately holding off from being a Christmas grinch and keeping everything the same' 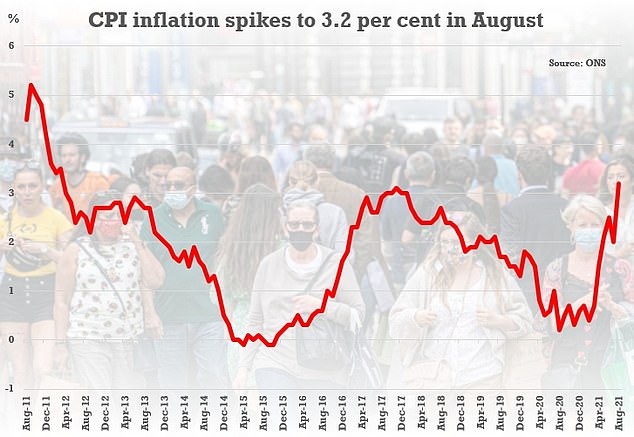 The headline CPI rate of inflation hit 3.2 per cent in August and is expected to rise further

'But come the new year it'll be less about resolutions and more about resignation as I'll have no choice but to adjust prices to accommodate ever increasing material costs. For now, I don't want to give shoppers even more reasons not to buy in an already tough market.'

Toys that encourage imagination in children are tipped to be top sellers this Christmas as parents seek to counter a 'year on screens', retailer Hamleys has said.

This year sees the most-wanted toys encouraging role play and creativity and allowing families to play together after last year's Covid-restricted celebrations, the store said.

The top 10 list includes racing cars, traditional family board games, Playmobil and Lego and the LOL! Movie Magic Dolls, which allow children to play with friends and create their own story lines.

Lego's Super Mario Adventures with Luigi Starter Course encourages children to team up for real-life social play, while those with dreams of travelling again can turn to the Playshifu AR Globe with interactive and education cultural information.

The annual Hamleys toy predictions come as retailers suggested people who know what their children want this year consider buying early, amid concerns that supply chain issues could lead to some shortages ahead of Christmas. 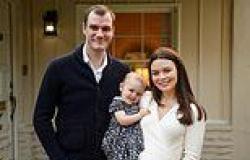 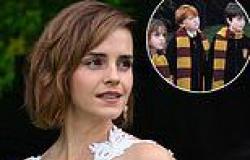 Want to watch the Harry Potter reunion? Aussie fans can stream the 20th ... 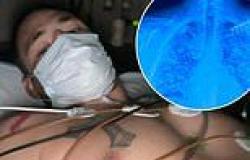 More than 80,000 homes are without power as killer Storm Arwen batters UK

Kanye West cheers on the Lakers while sitting courtside at the Staples Center ...

Dozens of passengers who arrived in Holland from South Africa 'test positive ...

Megan Thee Stallion is a modern pinup as she flaunts her curves in a semi-sheer ...

Heidi Klum, 48, is a beaming beauty during LA shopping trip