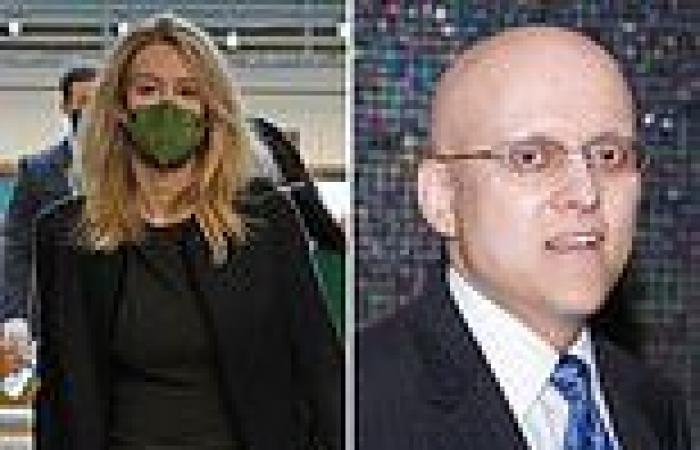 Theranos hired its company director's dermatologist as its lab director - who was told the role would only require a 'minimal' commitment.

COO Ramesh 'Sunny' Balwani - who was Theranos founder Elizabeth Holmes' lover - hired his dermatologist Sunil Dhawan for the temporary role back in 2014.

Dhawan, who had no board certification in laboratory science or pathology, said he was told so little about the role he was forced to Google how to use Theranos' technology, according to CNBC.

On Thursday, Dhawan was called to the stand to testify that Holmes and Balwani weren't running a professional lab and that the disgraced founder was exploiting millions of dollars from investors while knowingly misleading patients and doctors about the company's blood-testing technology.

Between starting the job in November 2014 and the summer of 2015 he added that he only went to the lab twice and worked a total of five to 10 hours, adding that he never met any employees, physicians or patients.

He also testified that Balwani told him in an email in November 2014 that 'the time commitment is very minimal' before he took the role. 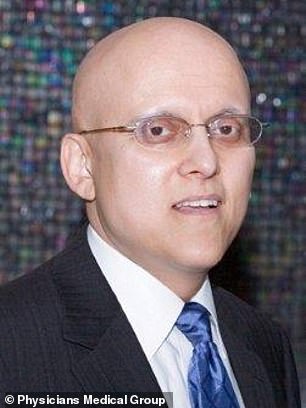 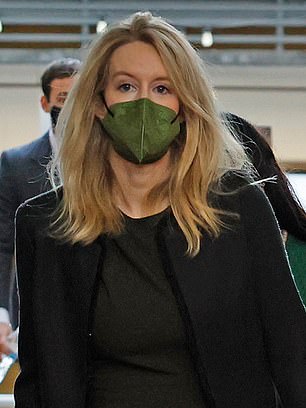 Health care startup Theranos hired Sunil Dhawan (right) as the company's lab director - although he had no board certification in laboratory science or pathology. Dhawan was the longtime dermatologist of ex-CEO Elizabeth Holmes' (right) then-lover Ramesh 'Sunny' Balwani 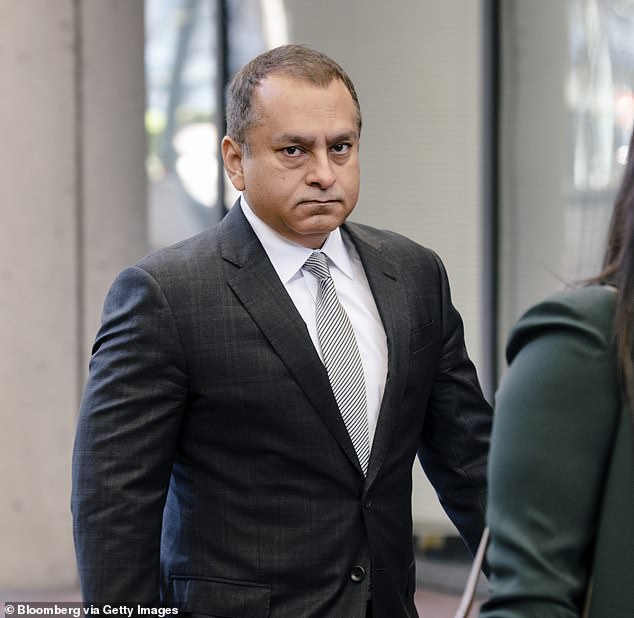 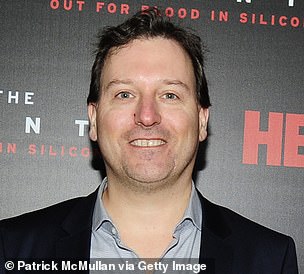 Former Theranos lab director Adam Rosendorff told prosecutors in court Tuesday that his misgivings about the accuracy of the company's blood tests led him to speak to former Wall Street Journal reporter John Carreyrou (pictured), whose story was the first to sow doubts about their capabilities

After assistant US attorney Jeff Schenk asked the supposed lab director if Balwani described to him what Theranos did, he replied that he only had 'one short conversation about it' with the COO, as reported by CNBC.

However, Adam Rosendorff - who quit in 2014 over inaccuracies and false blood test results and was replaced by Dhawan - was a board-certified pathologist who spent every day inside the lab.

Schenk pressed Dhawan further during questioning in the San Jose courtroom: 'There wasn't one time you spoke to a Theranos employee who worked in the lab?'

'I don't recall any conversation in that length of time,' Dhawan replied.

He testified that he didn't even meet Holmes until September 2015 - which is when he became more involved in the company - as regulators planned to audit the lab.

Defense attorney Lance Wade, who's representing Homes, then cross-examined Dhawan about Balwani's role at Theranos. 'My assumption was he was a top executive,' Dhawan said, according to CNBC.

'He was running the laboratory from an operational standpoint?' Wade asked.

Dhawan replied: 'I can't comment on that because I was never told he was running the lab but it was my assumption he was, yeah.' 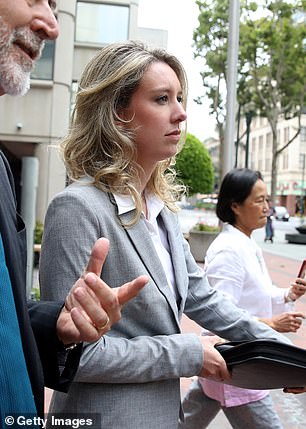 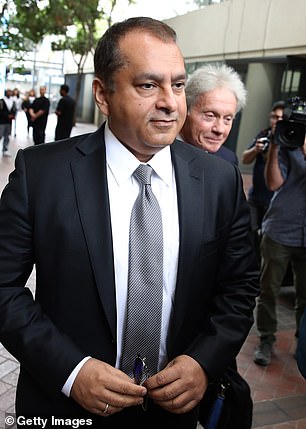 Dhawan said in his testimony on Thursday that he had to search Google to learn about the technology and Theranos' COO Balwani (right) didn't have a conversation with him about the company or his role in it. He also said that he didn't even meet Holmes until September 2015 - nearly a year after he started the job 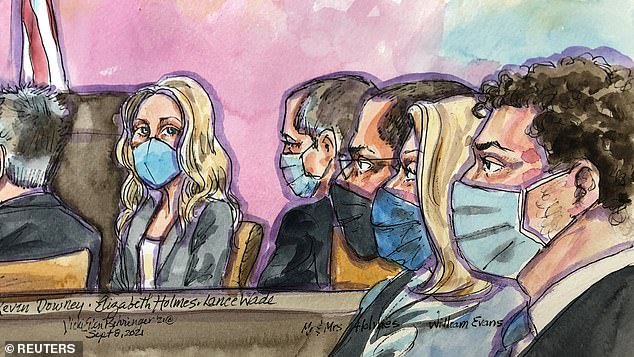 Holmes is accused of fraud and conspiracy to commit fraud over allegations that she misled investors, patients and doctors about the capabilities of Theranos' blood-test technology. She was sketched in court on September 8 during opening arguments

Balwani is being charged with the same crimes as Holmes - 10 counts of wire fraud and two counts of conspiracy to commit wire fraud.

Holmes has also allegedly lied about the company's finances, which seemingly boomed and was once valued at $9billion.

Holmes and her ex-lover have both pleaded not guilty after they were indicted in 2018. Balwani is being tried separately in January 2022 and they each face up to 20 years in prison if convicted.

Holmes has been on trial since September 8 and Rosendorff, the former lab director, was the first to blow the whistle about Theranos' priorities.

In a testimony that began a week prior and continued through to October 1, Rosendorff told the court why he decided to go to Wall Street Journal reporter John Carreyrou in 2015 to relay his misgivings about the company's blood testing technology.

Carreryrou's report was the first to show doubts about the accuracy of Theranos' tests when it was published in October 2015. It also drew further scrutiny that would lead to the company's eventual collapse.

'I felt pressured to vouch for tests that I did not have confidence in. I came to believe that the company believed more about PR and fundraising than about patient care,' Rosendorff said in court earlier this month.

He also described how he had felt compelled to speak to Carreyrou because of a 'moral and ethical' obligation 'to alert the public'.

After his testimony Tuesday, Carreyrou took to Twitter to confirm the Rosendorff was his initial source.

'Without him, I wouldn't have been able to break the Theranos story,' he tweeted. 'Hats off to his courage and integrity. He's one of the real heroes of this story.' 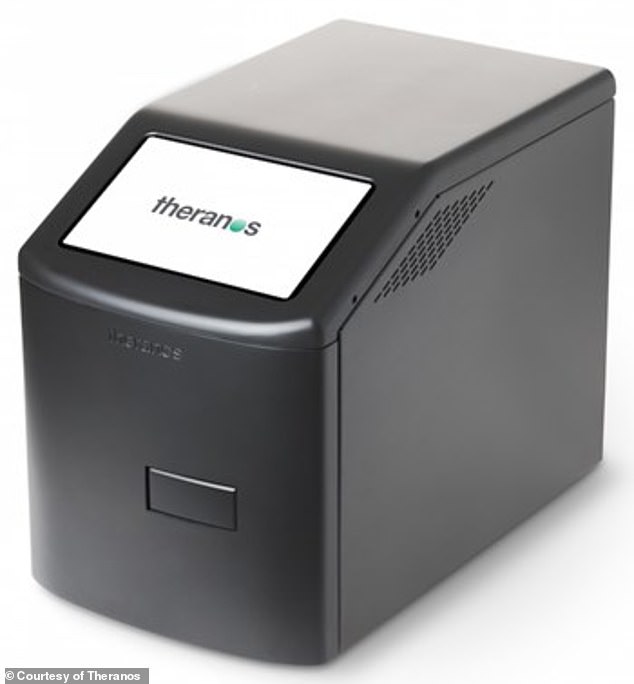 While being questioned by prosecutor John Bostic, Rosendorff insisted that he repeatedly tried to warn Holmes and Theranos' chief operating officer and Holmes' former lover, Ramesh 'Sunny' Balwani, that the tests were so rampantly inaccurate that he was being besieged by complaints from doctors.

But Holmes and Balwani seemed more interested in cultivating Theranos' image as a potentially game-changing company than protecting people's health, according to Rosendorff.

'The number and severity of issues had reached a crescendo,' Rosendorff said.

Attorneys for Holmes have argued that that the legal responsibility for the accuracy of Theranos' tests fell on the employees running the lab and not Holmes, which would have included Rosendorff. 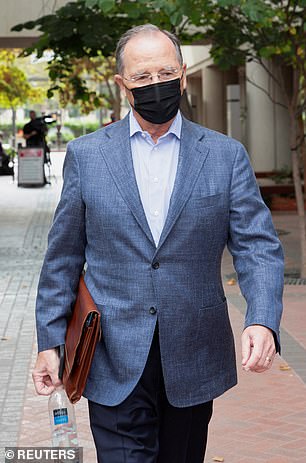 Former Safeway CEO Steve Burd (pictured) testified in court earlier this month that there were repeated delays with the rollout of Theranos' miniLab blood testing technology, which raised some concerns about the supermarket chain's $300million partnership with the health care startup

But last week the former 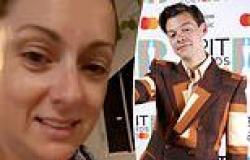 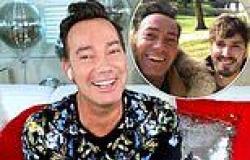 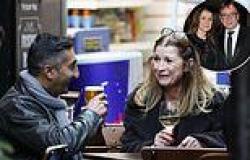 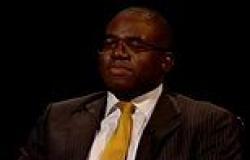