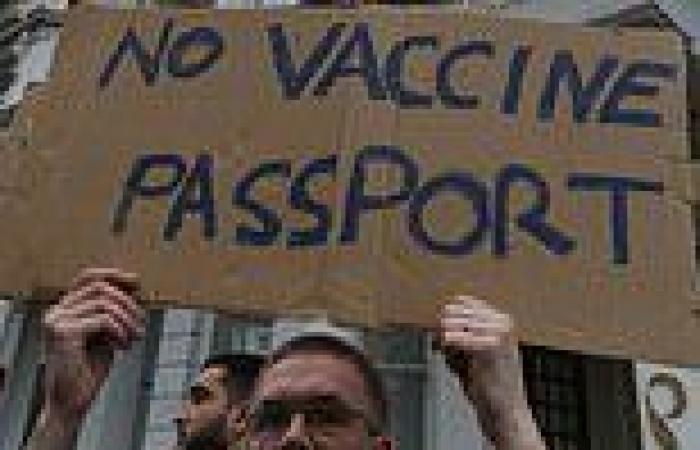 Anti-vaxxers today marched through London demanding 'don't jab our kids' and 'my body my choice' as they danced and shouted through megaphones.

Hundreds of demonstrators were seen marching by Hyde Park Corner on Saturday as they protested against mandatory vaccination passports and the vaccination of children.

Protesters held signs reading 'healthy children don't need a Covid-19 vaccine', 'children should not be subject to an experiment', and 'no to the vax passport'.

It comes after the school rollout of jabs for children aged 12 to 15 was given the go ahead last month.

Activists have in the past fortnight targeted schools, screeching at pupils in Manchester, London, Leicester, Liverpool, Lichfield and Telford not to take the jabs. Teaching unions have called for teachers to receive police support. 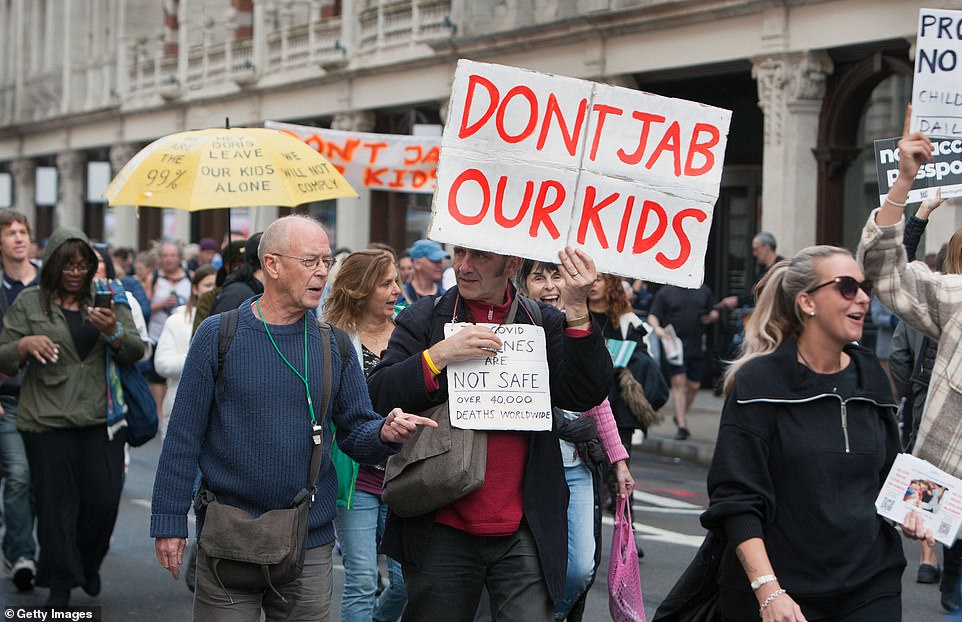 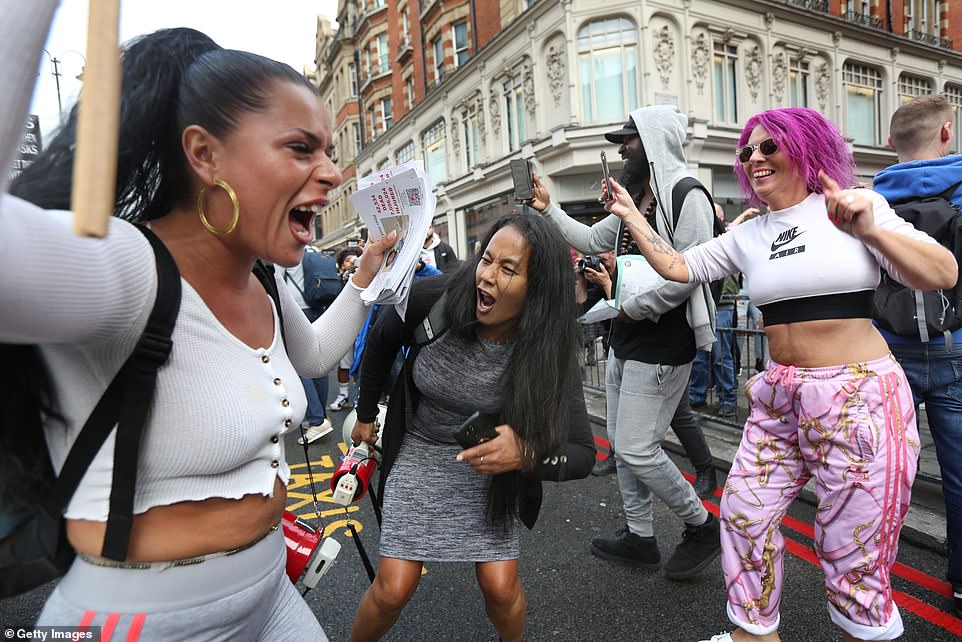 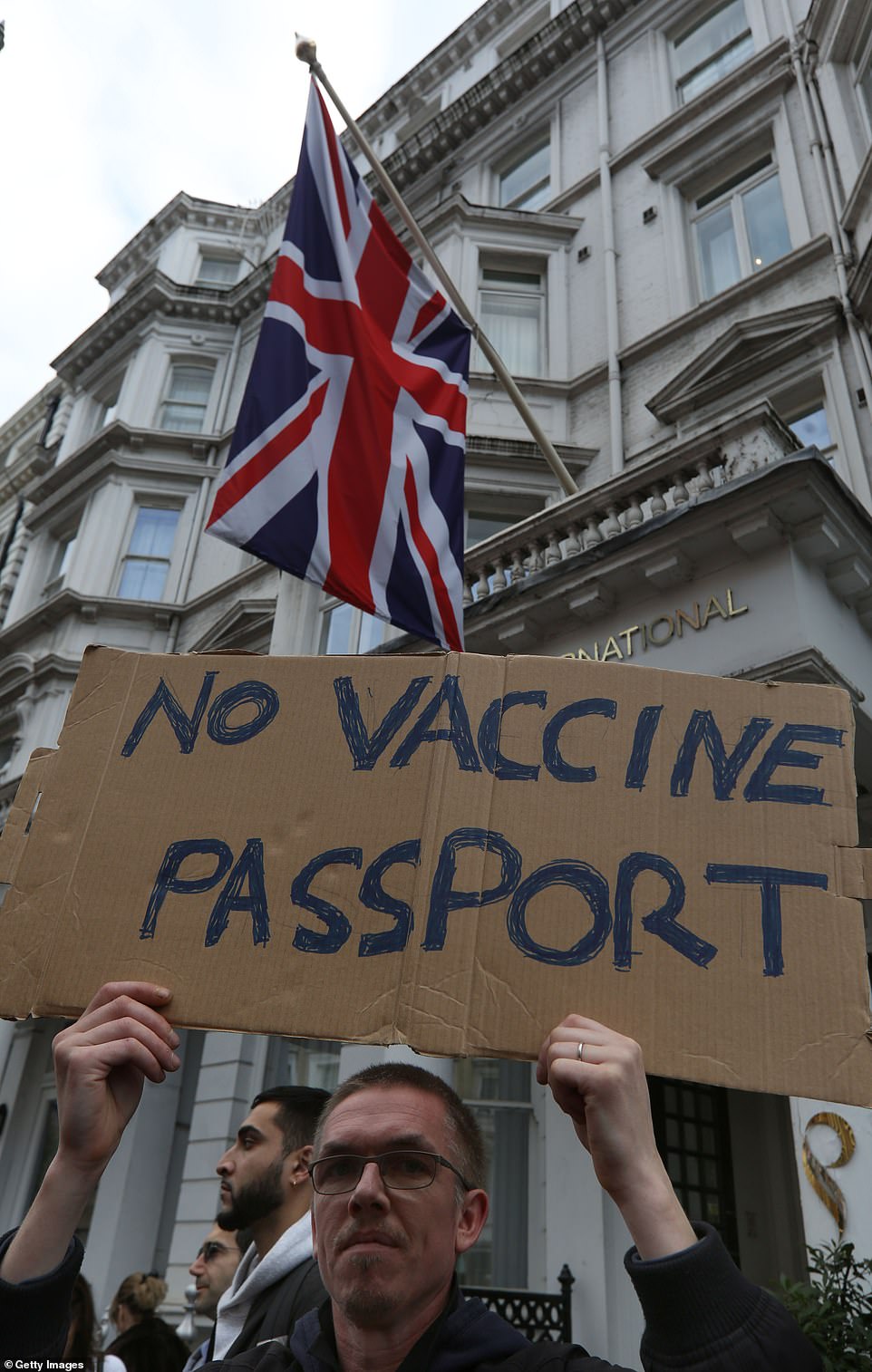 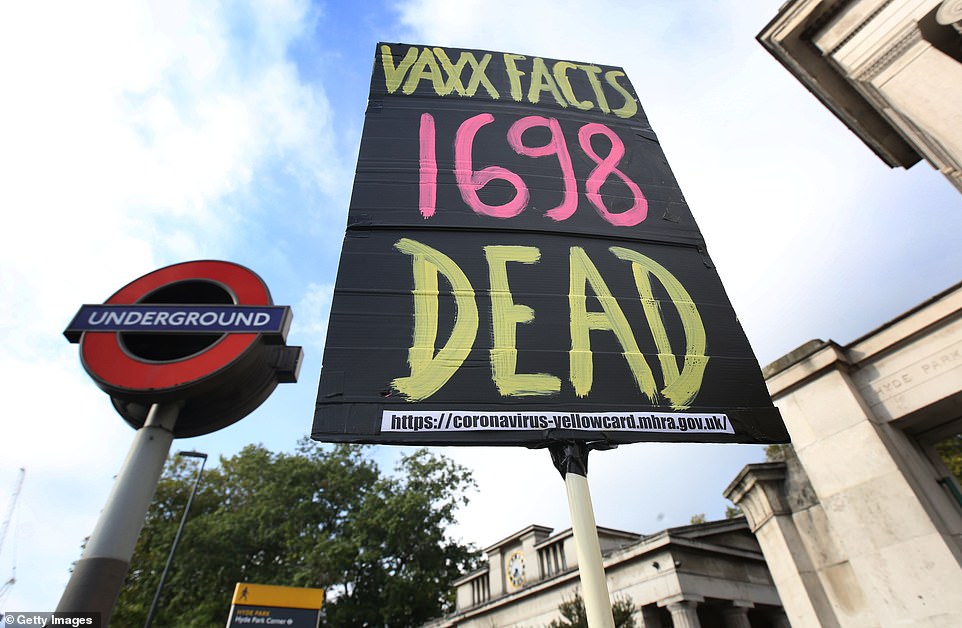 A protester carried a sign wrongly claiming 1,698 people have died as a result of the vaccine during an anti-vaxx rally in London on Saturday 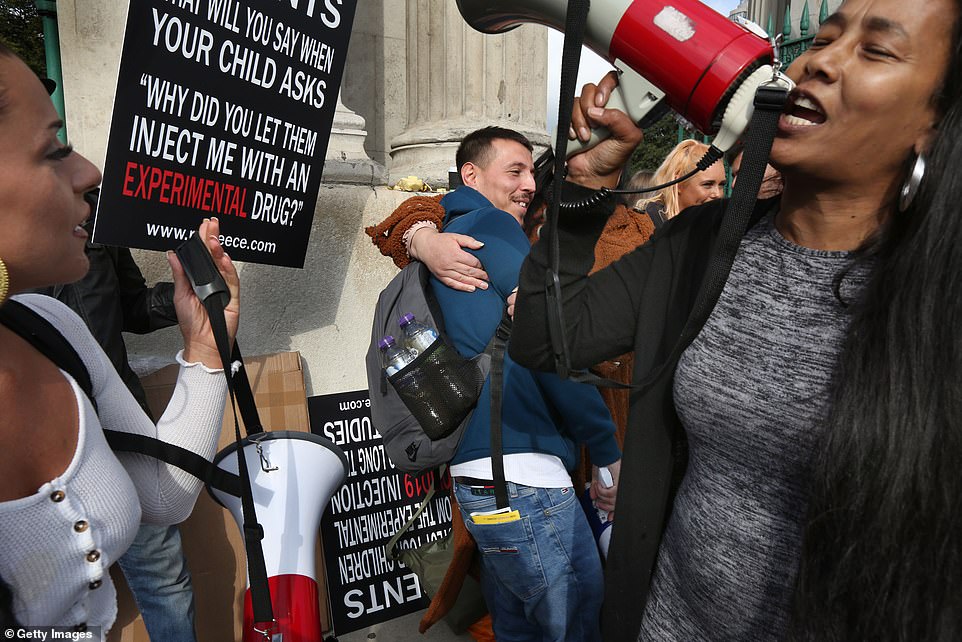 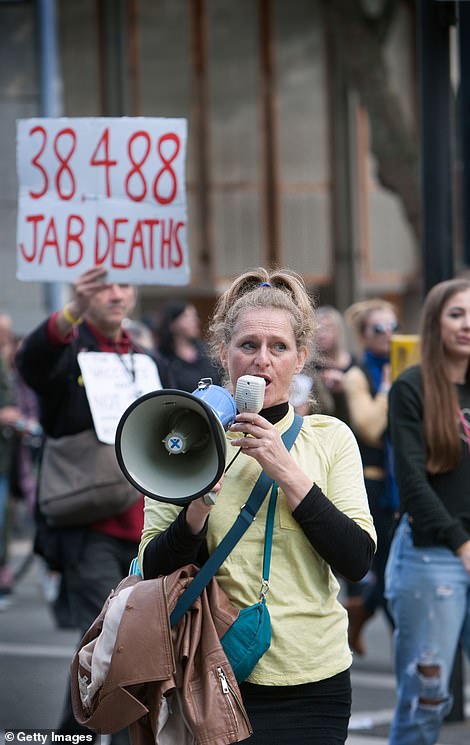 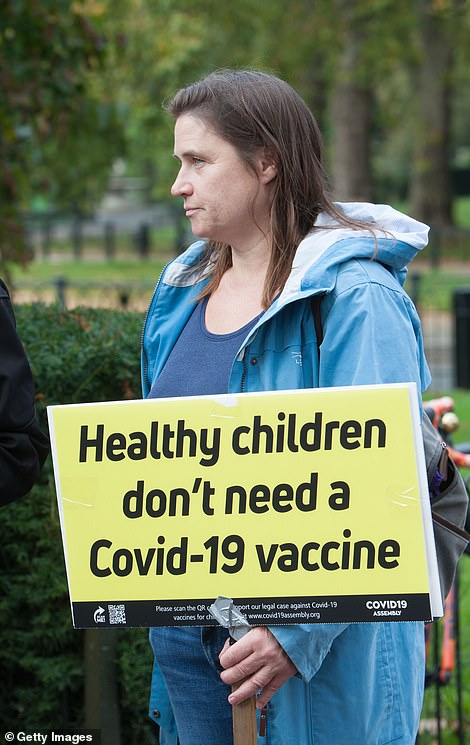 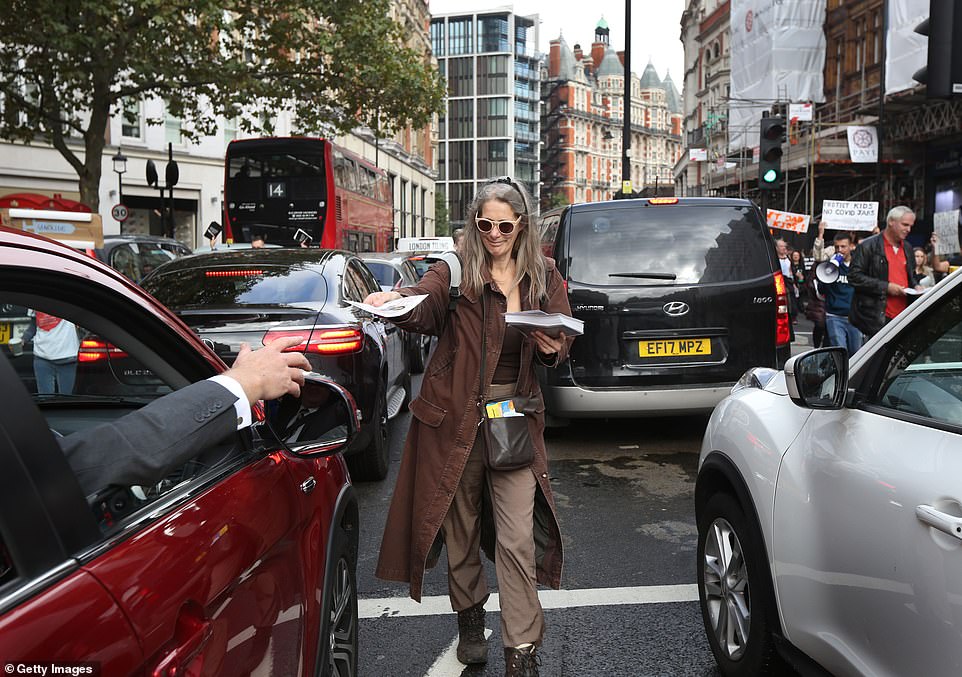 Several protesters carried signs touting unsubstantiated conspiracy theories - including separate claims either 1,698 or 38,438 people have died from the vaccine.

Others handed leaflets to motorists while walking through traffic around west London, many gathering at Hyde Park Corner.

It comes as Britain's Covid crisis continued to grow on Saturday as officials recorded the highest daily Covid case total for three months.

The number of people dying with the virus also increased, with 148 victims recorded today. It was up 11.3 per cent on the 133 recorded last weekend.

And hospitalisations also spiked by 12 per cent to 915 on Tuesday, the latest date data is available for. It was the highest daily admissions since September 15, when they reached 946 . 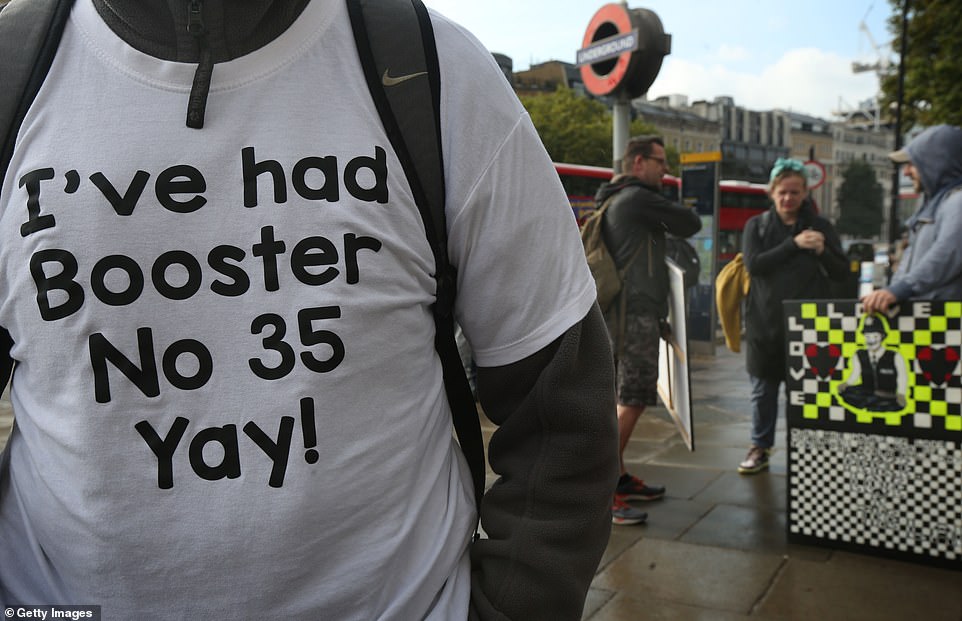 An anti-vaxx protester attends rally in west London on Saturday in a shirt reading 'I've had booster no 35, yay!' 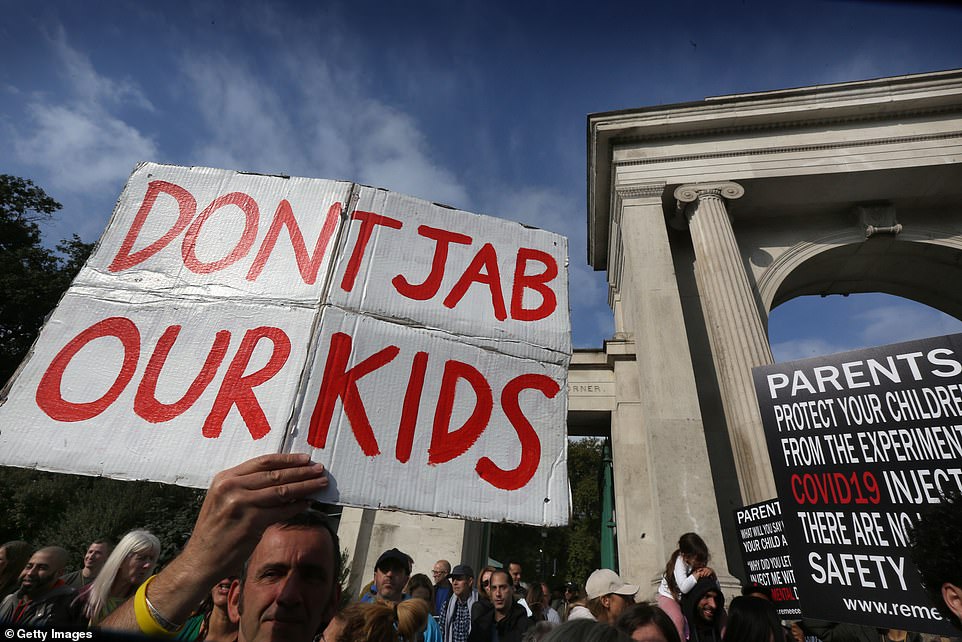 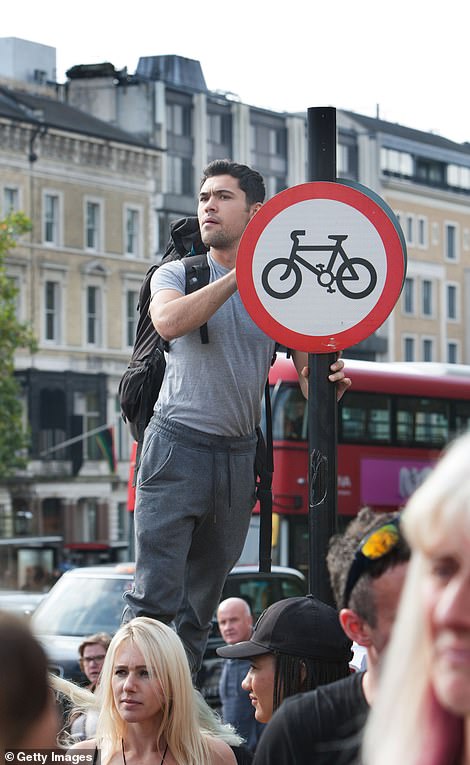 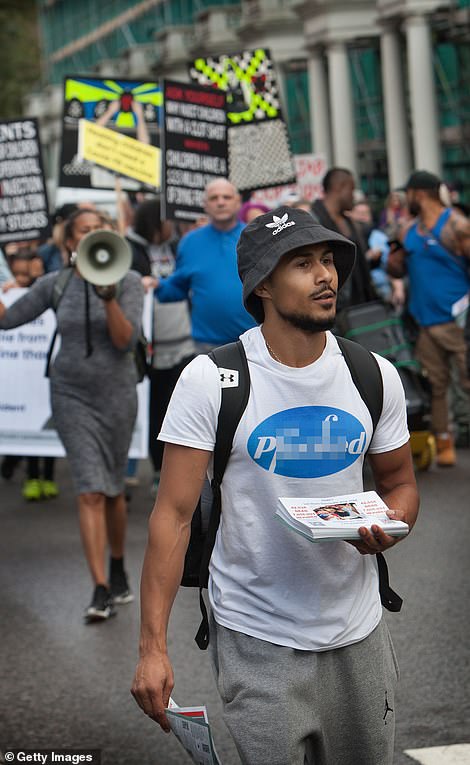 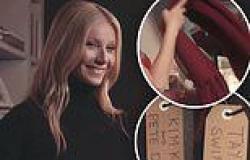 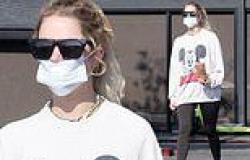 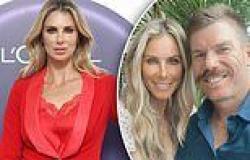 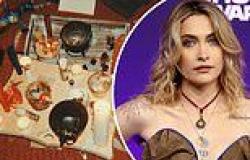