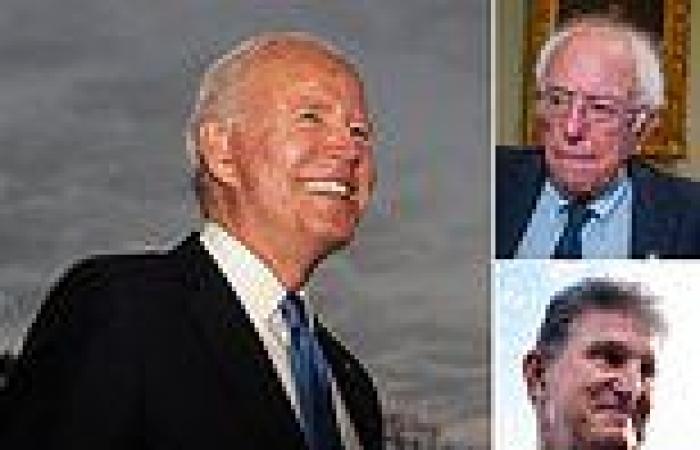 President Joe Biden laughed off a suggestion that he invite senators Bernie Sanders and Joe Manchin to the White House to 'hash it out' as the pair feud over the Democrats' stalled $3.5 trillion infrastructure plan.

Biden, 78, spoke to reporters on the South Lawn on Friday when one asked the president if he thought the Senators would reconcile their difference.

The reporter asked: 'Mr. President, can Senator Bernie Sanders and Senator Joe Manchin ever reconcile their differences on your agenda?'

The president laughed, but did not provide an answer.

When she suggested he 'get them together and hash it out this weekend,' the president laughed again before sarcastically replying: 'No problem! I can do that. Not a problem.'

Last week, when Representative Ro Khanna suggested the President have a private conference call between the two, Biden said it would be like 'homicide.'

Moderate Manchin and fellow Democratic Senator Kyrsten Sinema of Arizona have refused to rubber-stamp Biden's $3.5 trillion plan because of its exorbitant price tag.

'The $3.5trillion Build Back Better bill, supported by President Biden and almost all Democrats in Congress, is an unprecedented effort to finally address the long-neglected crises facing working families and demand that the wealthiest people and largest corporations in the country start paying their fair share of taxes,' Sanders wrote. 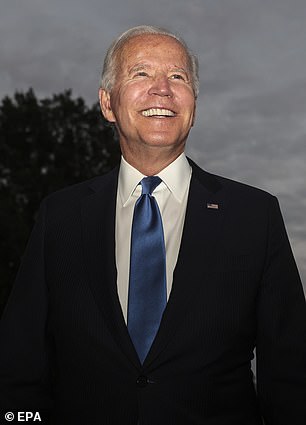 President Joe Biden, 78, laughed off reporter's suggestion he invite Senators Bernie Sanders, 80, and Joe Manchin, 74, to the White House to 'hash it out' after they came to explosive terms today over the President's infrastructure plans. He responded: 'No problem! I can do that. Not a problem'

Manchin immediately issued a stinging rebuke, taking to social media to condemn Sanders and accuse the twice-failed presidential candidate of having no idea of what was best for West Virginians.

'This isn't the first time an out-of-stater has tried to tell West Virginians what is best for them despite having no relationship to our state,' Manchin wrote.

'Millions of jobs are open, supply chains are strained and unavoidable inflation taxes are draining workers' hard-earned wages as the price of gasoline and groceries continues to climb,' he added.

He reprimanded Sanders for wanting to 'throw more money on an already overheated economy while 52 other Senators have grave concerns about this approach.'

'Congress should proceed with caution on any additional spending and I will not vote for a reckless expansion of government programs,' he wrote. 'No op-ed from a self-declared Independent socialist is going to change that.' 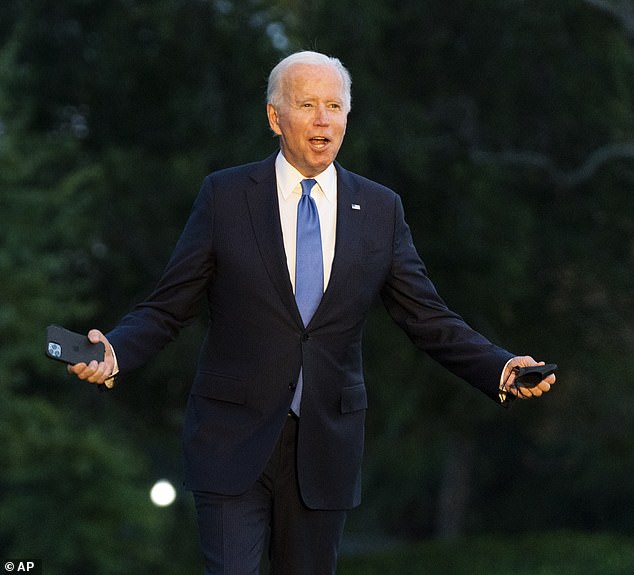 The President spoke to reporters on the South Lawn on Friday 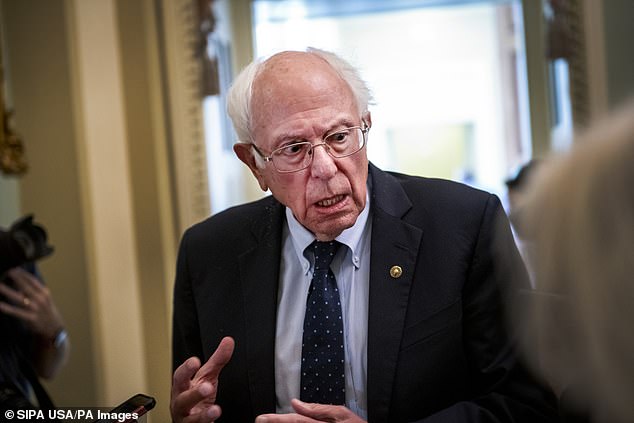 Sanders (pictured) and Manchin went head-to-head over Biden's $3.5trillion plan after Sanders published an op-ed in the Charleston Gazette-Mail 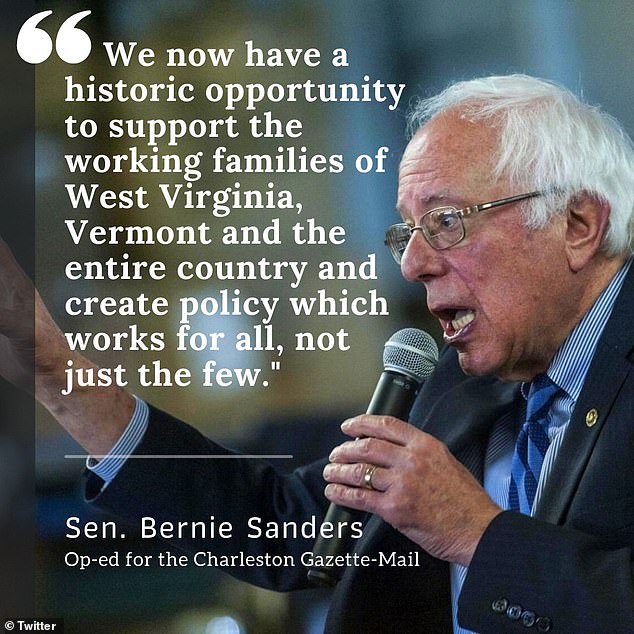 Manchin, who as a moderate in a Senate split 50-50 wields immense power, has proposed holding the measure's overall 10-year cost to $1.5 trillion and has said he wants to limit some health care initiatives to benefit only lower-earning people. 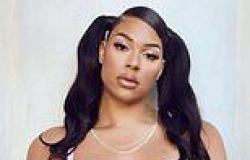 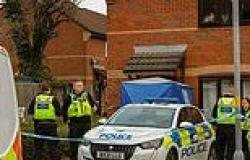 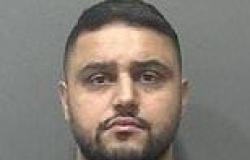 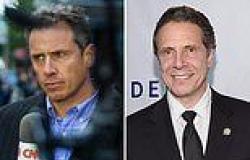 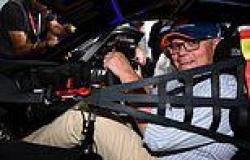