(CNN) — China's intense railway expansion has marked a new milestone with the official opening of a new track that pushes beyond its own frontiers into its southern neighbor Laos.

The track, China's first international railway network, is the latest project under its wide-ranging Belt and Road Initiative. Previously called "One Belt, One Road," the ambitious strategy attempts to connect a number of Asian and African countries through China's economic might.

Linking Vientiane, the capital of Laos, with Kunming, capital and largest city in China's Yunnan province, the network will eventually connect a total of 45 stations between both countries, of which about 20 will provide passenger services.

According to a statement from the China Railway Group, the China-Laos train will help convert the smaller nation from "a land-locked country to a land-linked country." Both freight and human passengers will be able to go between the two countries by train by the end of 2021.

Currently, the railway has a total length of more than 1,000 kilometers (621 miles). It takes about three hours to travel from Kunming to the Chinese border city of Jinghong.

The China-Laos train is expected to "fully operate" in December 2021, according to state media.

While southeast Asia is a popular destination for many Chinese travelers, Laos has not been very high on the list. However, the new ease of access may change that.

According to OAG, an international flight statistics and data gathering group, the fastest growing markets for Chinese tourists before the pandemic were Vietnam, Thailand and Japan.

Travelers from both Laos and China need visas in order to visit the other country.

Over 155 million Chinese tourists traveled internationally in 2019, according to China Tourism Academy, an institution under China's Ministry of Culture and Tourism. 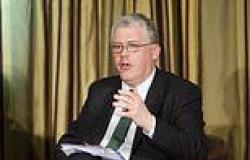 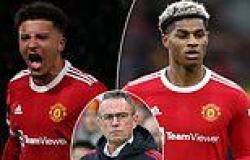