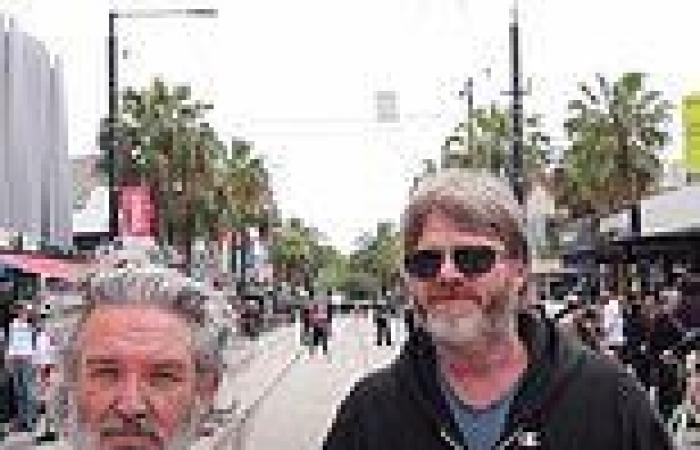 Neighbours star Damien Richardson has slammed the Victorian government for creating a state of paranoia after barring unvaccinated residents from bars and restaurants.

The 52-year-old actor, who played Gary Canning on the hit soap, vented his anger while attending a sit-in protest along Acland street's dining precinct in St Kilda, Melbourne, on Saturday.

He joined protesters who were demonstrating against 'vaccine segregation' after stay-at-home orders were only lifted for fully-vaccinated residents at 11.59pm on Thursday.

His appearance came just weeks after he joined a mass anti-lockdown demonstration at the Shrine of Remembrance on September 22. 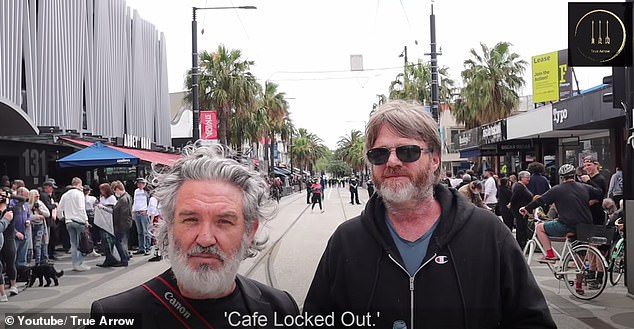 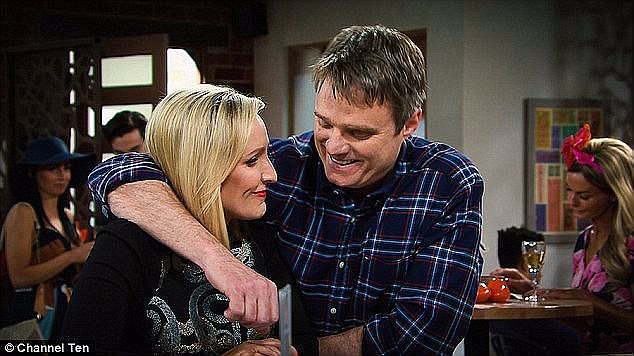 Richardson played Gary Canning from 2014 to 2020 on the hit Australian TV soap Neighbours (picture above with ex-girlfriend, Fifi Box)

Only double-jabbed residents are allowed to visit bars, restaurants or beauty salons while unvaccinated residents have been warned by premier Daniel Andrews they will not be granted the same freedoms until 'well into 2022'.

A maskless Richardson commentated on the sit-in demonstration at St Kilda for True Arrow - a YouTube channel with strong anti-lockdown sentiment.

He was filmed launching into a verbal tirade condemning the different set of rules for the vaccinated and unvaccinated.

'We're all becoming paranoid to walk down the street because this is what we'll be met with,' he shouted, pointing at a nearby group of police officers.

'You are creating the circumstances where your children will also be imprisoned in the system that you're enforcing.'

Richardson then compared the demonstrators to the diners who were eating in the cafes and restaurants on the other side of the street.

'This is the definition of being locked out,' he said to the camera.

'We have the great unwashed and over on this side we have people who, you know, are dining in relative luxury.'

Richardson has continued to be a vocal opponent of lockdown on social media.

Ms Smit was arrested after she was pulled over by police in her car on August 31. She was charged over online incitement after allegedly encouraging residents to break public health orders.

Richardson (right) has continued to be a vocal opponent of lockdown on social media. He joined writer and producer Michael Gray Griffith (left) to co-host a live-streamed interview with anti-lockdown campaigner Monica Smit (bottom). 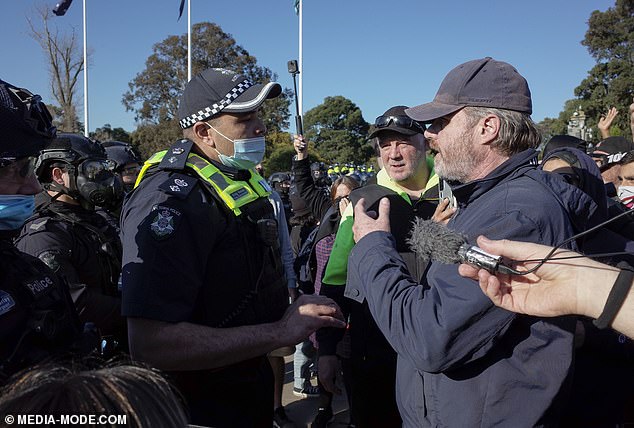 'The criticism I've heard from protesters is that there is no leadership,' he said.

'I've said to people that's because they keep arresting the leadership and I think that's a deliberate tactic.'

Richardson took centre stage at the anti-lockdown demonstration at The Shrine of Remembrance in September.

He addressed a crowd of jeering demonstrators and negotiated an exit strategy with Victoria Police on behalf of hundreds of protesters.

The ex-boyfriend of TV and radio presenter Fifi Box, 52, was seen crying out to police that the 400 people who were bizarrely camping out at the sacred site wanted to leave with 'dignity'.

Video showed the well-known actor - who featured on Neighbours from 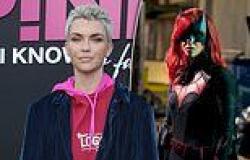 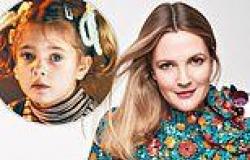 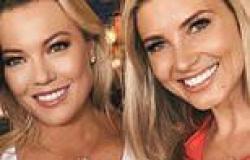