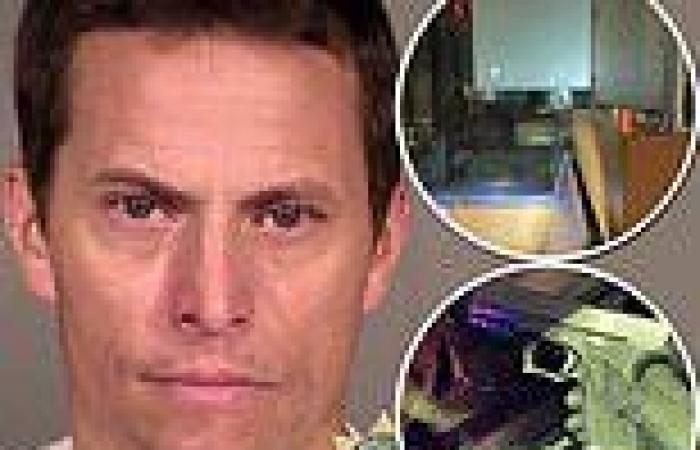 Portland's police chief branded the woke-but-crime-ravaged city's 54 shootings over a 19 hour period 'stunning' and attacked calls to to defund his department.

‘The ongoing tragedy of gun violence is on my mind tonight after a terrible weekend of violence in our city. A double murder this weekend. Nineteen shootings in 54 hours. Stunning,’ Portland Police Chief Chuck Lovell tweeted on Monday night.

Officers are investigating 19 shootings that took place between early Friday morning and Sunday evening, which resulted in four arrests and numerous injuries.

Two of those shootings were fatal - with the man and woman killed downtown Sunday recorded as the 71st and 72nd homicides in the Oregon city in 2021. That breaks its all-time previous record of 70 murders for the entire year of 1987.

Police recovered 95 cartridge casing and multiple guns throughout the weekend of violence, which ended when a man living in a homeless hotel allegedly shot two dead while high on meth following the city’s decriminalization of all drugs. 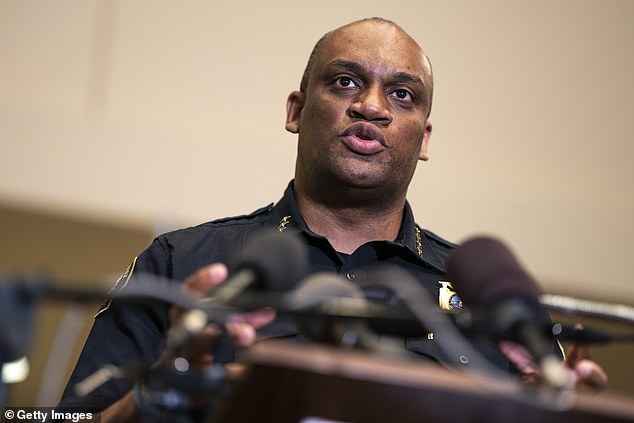 Portland Police Chief Chuck Lovell took to Twitter Monday night to plea for an end to the city’s violence ,following a double homicide that saw it break an annual murder record

Chief Lovell continued: ‘I know this violence causes trauma for our whole community, and our first responders are no different. I want to acknowledge the incredible work from PPB members who responded, investigated, made arrests, and seized illegal guns.’

‘It’s a complex problem, and there are many community members/groups that are working hard to address it. PPB is a part of that effort to address this violence. The Focused Intervention Team position has been posted and we’re now recruiting some great PPB officers. More soon.’

The violence started just after midnight on Friday when police received reports of a young man firing a handgun. Nathan Isenberg, 18, of Portland, was arrested for allegedly firing a 10mm pistol. It is not clear why Isenberg open fired or if he had an intended target, but no known victims were reported in connection with the incident.

Through the next 26 hours there were seven other intermittent shootings, but no injuries were reported and police are still searching for suspects. Then on Saturday around 2.45am, a male victim was hospitalized with serious, but not life-threatening injuries from another shooting.

Police responded to six more calls reporting gunfire in the next 24 hours. A seventh shooting on Sunday at 2.10am led police to arrest Julian Guarneros, 18, of Gresham, and Max Anderson, 22, of Anaheim, California. 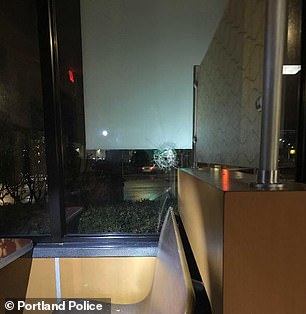 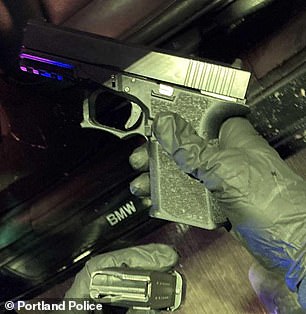 Officers are investigating 19 shootings that took place between early Friday morning and Sunday evening, which resulted in four arrests and numerous injuries 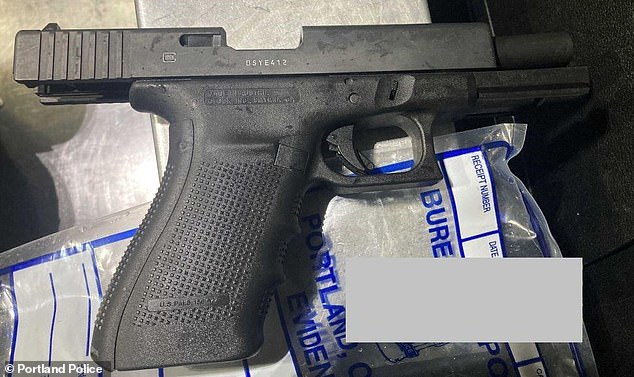 There were two more shootings in the next two hours before the weekend of violence ended with a double homicide at 6.25am.

The unidentified male and female victims were killed at the Biltmore Hotel in the city's Old Town neighborhood Sunday. That property is used as apartments for the homeless, with Michael S VanDomelen, 45, now charged with both murders.

They have become the city's 71st and 72nd murder victims of 2021, surpassing the previous all-time record for murders in a single year - 70 in 1987 - with more than two months of the year still left to go.

It comes a year after the Oregon city decriminalized the possession of small amounts of all drugs - including cocaine, heroin and crystal meth, with its liberal policymakers under fire as crime spirals out of control.

VanDomelen was arrested and charged on two counts of first degree murder on Monday in Multnomah County Circuit Court. He claimed to have heard voices inside his head telling him to shoot people while he was high on meth, according to court documents.

Around 6:25 a.m. on Sunday, local authorities responded to reports of shots being fired inside the Biltmore. Once they had arrived, police found two victims who were already pronounced dead at the scene by paramedics.

The victims, a man and a woman, will be identified at a later time after the Oregon State Medical Examiner confirms their names and contacts their families. 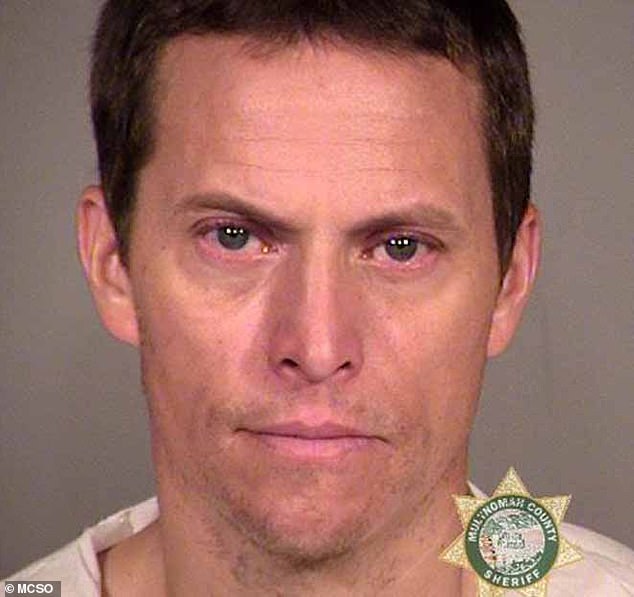 The weekend's violence ended when Michael Scott VanDomelen, 45, allegedly shot two dead, saying he heard voices inside his head telling him to shoot people while he was under the influence of methamphetamine

After believing to hear shots fired on the third floor of the apartment complex, a resident of the building told local police he went into the hallway and saw a male and female who had been shot inside an open apartment, according to a probable cause affidavit filed Monday.

That witness said he heard the male victim make noises, but the man was no longer responsive when he went to check on him, court documents read.

VanDomelen was also carrying a gun and indicated he wanted to put the male victim out of his misery, the witness told police, according to court documents. The witness also said that he heard an additional gunshot as he left the apartment.

Police found a 9mm handgun in his pocket at the time of his arrest, according to the affidavit. Officers said VanDomelen confessed to the killings while he was in a squad car, court documents show, with no motive yet given for them.

VanDomelen’s court appointed attorney, Jonathan Sarre, declined to comment Monday. VanDomelen has not been previously convicted of any violent crimes, but was convicted for heroin possession, a felony, and a trespassing charge in 2008, according to court records.

He told authorities that he had been using amphetamines on a weekly basis and that his drug usage helps him with anxiety, according to court documents. VanDomelen added that he does not suffer from any mental illness.

Police in Oregon can no longer arrest someone for possession of small amounts of heroin, methamphetamine, LSD, oxycodone and other drugs. Instead, people found in possession would face a $100 fine or a health check that could lead to addiction counseling, unless they are also facing other charges.

Court documents also show that VanDomelen told police that he has been living in the Portland metro area his entire life and currently lives at the Biltmore Hotel, which is run by Central City Concern. 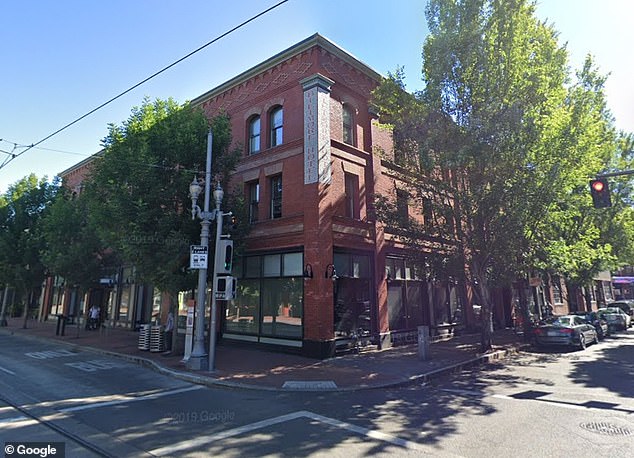 The apartment building's units are single-room occupancy with common bathroom facilities. Most units are rent subsidized through Section 8, with residents paying a portion of the rent. Created by Congress in 1974, Section 8 is a housing program based on income that is designed to provide rental assistance through housing vouchers to eligible, very low income families, disabled, and elderly individuals.

Other than the two residents, Police told Central City Concern that a guest was also involved in the shooting, according to the organization's senior director of public affairs, Juliana Lukasik.

VanDomelen pleaded not guilty to the charges. He is being held without bail at the Multnomah County Detention center while he awaits his next trail appearance, scheduled for November 2nd at 9.30 a.m.

As well as smashing Portland's murder record, the double murders were two of 19 shootings from Friday through early Sunday morning in the area. 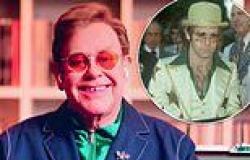 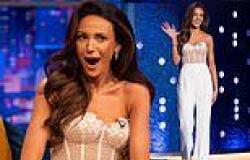 Michelle Keegan says dad plugs his bar by telling customers they can FaceTime ... 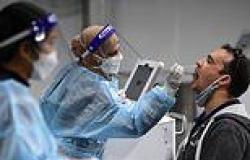 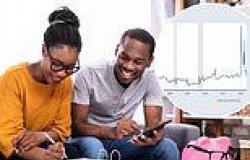 Michelle Keegan says dad plugs his bar by telling customers they can FaceTime ...

sport news Azeem Rafiq's gambling debts were paid off by the Professional Cricketers' ...

sport news Patrice Evra calls out Jamie Carragher for 'hate' of Cristiano Ronaldo after he ... 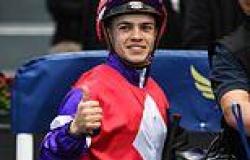