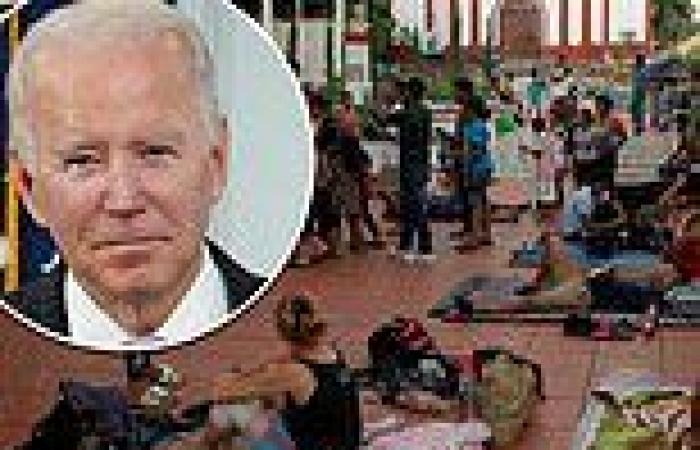 The American Civil Liberties Union tore into President Joe Biden on Wednesday night after he denied reports that his White House is planning on paying migrants separated under the Trump administration $450,000 each or $1 million per family.

Biden had dismissed the reports as 'garbage' at a White House press conference just hours earlier.

The head of the ACLU said the 78-year-old president's statement means he either hasn't been 'full briefed' on the matter or is 'abandoning' his promise to undo Donald Trump's more strict immigration laws.

'President Biden may not have been fully briefed about the actions of his very own Justice Department as it carefully deliberated and considered the crimes committed against thousands of families separated from their children as an intentional governmental policy,' ACLU Executive Director Anthony Romero told Fox News.

'But if he follows through on what he said, the president is abandoning a core campaign promise to do justice for the thousands of separated families.

'We respectfully remind President Biden that he called these actions "criminal" in a debate with then-President Trump and campaigned on remedying and rectifying the lawlessness of the Trump administration. We call on President Biden to right the wrongs of this national tragedy.'

The disputed financial offerings have been heavily criticized by Republicans, who  unveiled legislation on Thursday aimed at blocking the $450,000 payments. 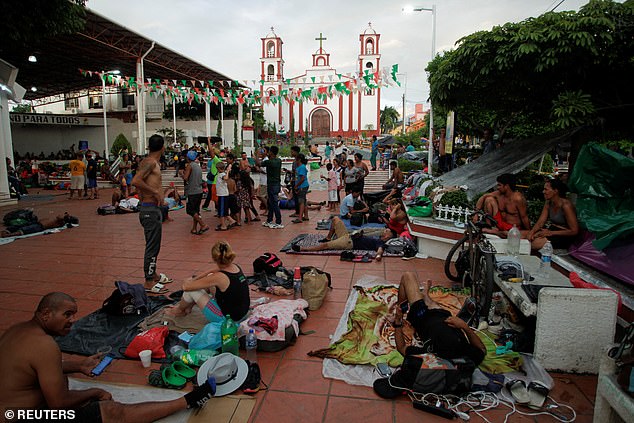 Migrants rest in a public square as they take part in a caravan heading to Mexico City, in Pijijiapan, Mexico November 3. According to reports, many of them are hoping to reach the US southern border 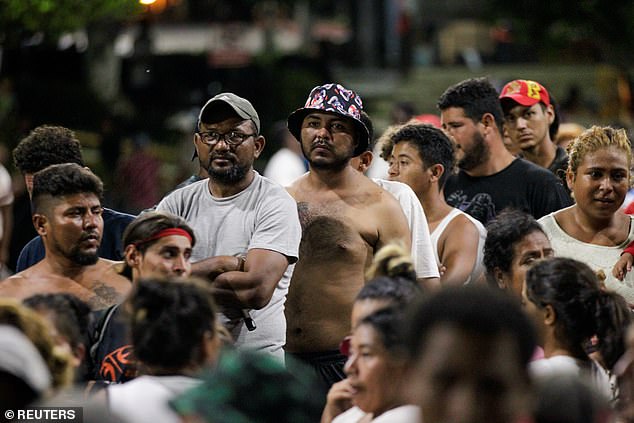 Critics of the reported $450,000 payment plan have said it'll encourage more migrants to come to the US border, after record numbers of asylum-seekers were already encountered by officers since Biden took office (pictured: Migrants line up for food during a resting day, as they take part in a caravan heading to Mexico City, in Pijijiapan, Mexico November 3)

The lawmakers are led by Rep. Tom McClintock of California, the ranking member of the House Judiciary Subcommittee on Immigration and Citizenship. He said the reported plan 'adds insult to injury' amid a months-long border crisis.

McClintock is introducing the bill, the Illegal Immigration Payoff Prohibition Act, and it will be co-sponsored by 137 of his GOP colleagues including House Minority Leader Kevin McCarthy of California and Rep. Jim Jordan of Ohio, Fox reports.

It's the first widespread effort by Republicans to stop a reported plan to pay $450,000 per person or up to $1 million per family for migrants who crossed the border illegally and were separated under Donald Trump's 'zero-tolerance' policy.

GOP lawmakers have vehemently attacked the proposal, comparing it to giving money to someone breaking into your home.

It's is meant to amend the US attorney general's power to hand out financial settlements.

If passed, Biden's Attorney General Merrick Garland would be blocked from making payments to undocumented migrants that are directly linked to them running afoul of immigration laws, including entering the country illegally.

'Law-abiding, hardworking Americans have seen their purchasing power decimated by Biden’s economic policies while he has surrendered our southern border,' McClintock said in a statement obtained by Fox.

'Paying illegal immigrants $450,000 apiece as an apology for Trump’s decision to enforce our immigration law adds insult to injury. Congress has the power of the purse, and that’s why we must act today to stop this outrageous plan in its tracks.'

Yesterday Biden denied a report that his administration is giving the hefty payments and accused the media of putting out 'garbage.'

Speaking at a press conference on the authorization of COVID-19 vaccines for kids aged 5 to 11, the 78-year-old Democrat was asked by Fox News whether the reported payments 'might incentivize more people to come over illegally.'

'If you guys keep sending that garbage out, yeah,' Biden retorted. 'But it's not true.'

Fox reporter Peter Doocy asks, 'So this is a garbage report?'

Biden stood by his aggressive reaction.

Florida Governor Ron DeSantis went after Biden  over the plan on Tuesday. 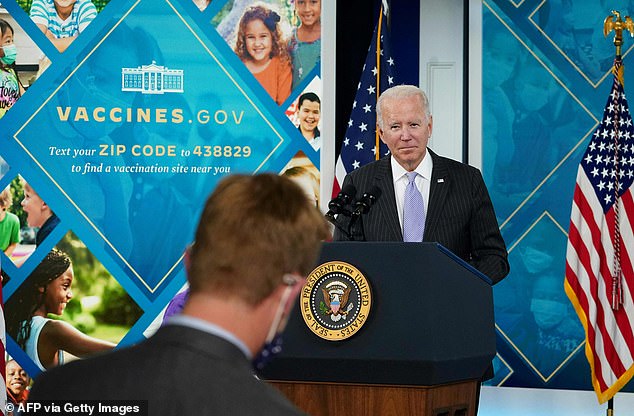 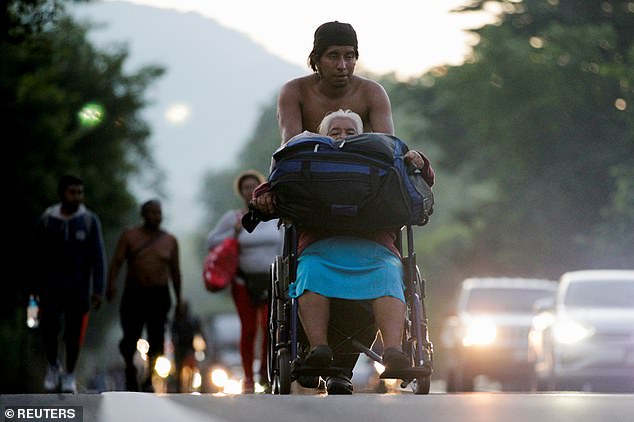 A migrant man pushes his mother's wheelchair as they take part in a caravan heading to Mexico City, in Las Almendras, Mexico November 2. Reuters has reported that many of the migrants in that caravan are hoping to eventually get to the United States

The lump sums have been put forward as a way for the U.S. Justice Department to settle lawsuits with migrants who say the policy caused them lasting psychological damage.

But DeSantis, a Trump loyalist, has said he is 'very, very concerned' about the payments declaring them to be a 'slap in the face' with Americans themselves already struggling to make ends meet as inflation boosts the cost of living. 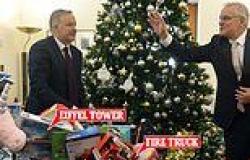 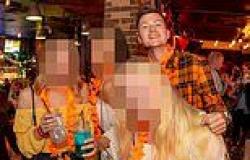