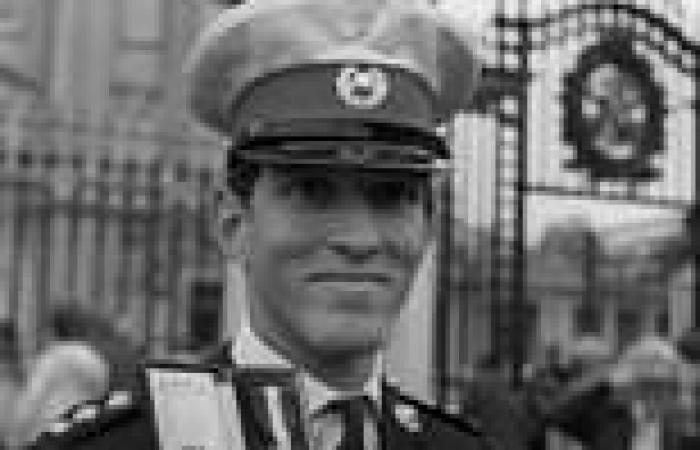 A 22-year-old Royal Marines officer on the remote southern Atlantic island of South Georgia received an uncompromising radio message from his superiors. 'When asked to surrender, you are not to do so.'

Half an hour later, a second, apparently contradictory, order followed. 'The OCRM [Officer Commanding Royal Marines] is not, repeat not, to take any action that would endanger life.'

The subsequent actions of that young man, Keith Mills, in the challenging opening hours of the Falklands War saw him awarded the Distinguished Service Cross and feted at home as one of the conflict's greatest heroes.

His is one of many astounding stories of gallantry and courage which I am privileged to be able to tell in a new book to mark the 40th anniversary of the ten-week conflict.

Through in-depth conversations with former service personnel, I am able to pay tribute to the immense courage of those who fought, and ultimately repelled, the Argentine invasion of the British-ruled Falkland Islands in the spring and early summer of 1982. I am grateful for everyone's time and their memories, not all of them fond or easy because, as with all wars, there was a heavy price to pay – even in victory.

The Falklands War was an extraordinary conflict in so many ways. It could easily prove to be the last colonial war that Britain ever fights. Whether or not this is the case, it is remarkable that the country sent a force of 20,000 military personnel to fight for a small cluster of islands 8,000 miles away that were home to only 1,820 people – and 400,000 sheep.

My book is not an attempt to shed new light on some of the biggest controversies surrounding the war. 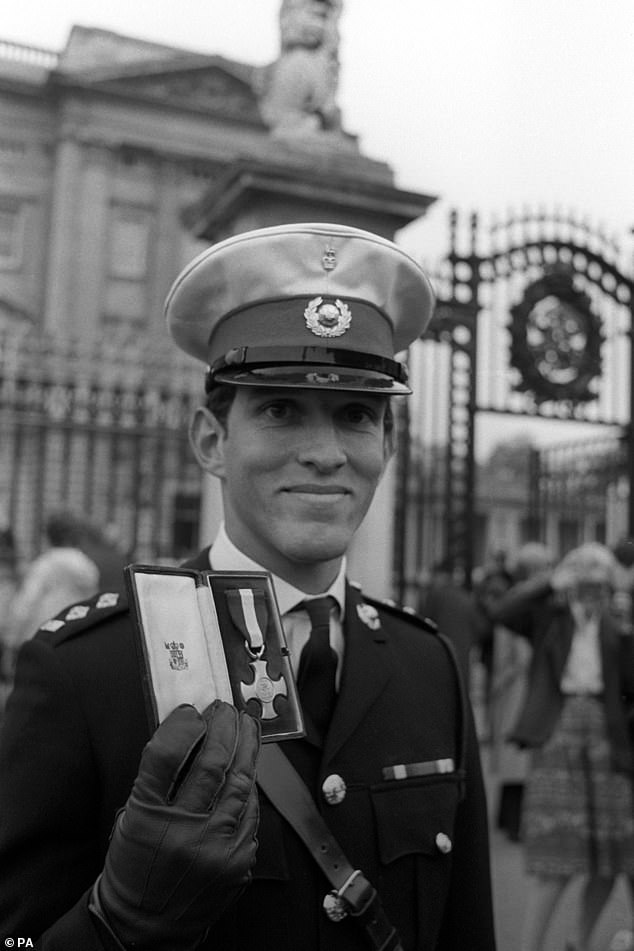 At dawn on April 3, 1981 Keith Mills found himself in charge of a tiny force of Royal Marines, preparing to defend the last remaining British outpost in the southern Atlantic: South Georgia. The situation could hardly have been more challenging. With fewer than two dozen men at his disposal and reinforcements still far away, the responsibility of withstanding the Argentine assault rested on his young shoulders alone.

Should it have been avoided in the first place? Did Britain really need to resort to fighting, leading to the deaths of 255 of its military personnel and three islanders, and the loss of 649 Argentine lives? Should we have attacked the Argentine cruiser General Belgrano – an episode that is still controversial 40 years on? Was the battle for Goose Green fought too recklessly?

Indeed, most of these issues have been addressed extensively in the intervening years. My intention is instead to highlight and celebrate the courage of veterans who risked, and in some cases gave, their lives for the rights of the people of the Falkland Islands to continue to live there free of Argentine control.

These are their stories.

IT all began on March 19, 1982, when a group of civilian scrap-metal workers landed illegally on South Georgia, a dependency of the Falklands, and hoisted the Argentine flag.

Like many in their homeland, they believed that the Falklands, known to them as Las Malvinas, should belong to Argentina, not to a country thousands of miles away on the other side of the Atlantic Ocean. 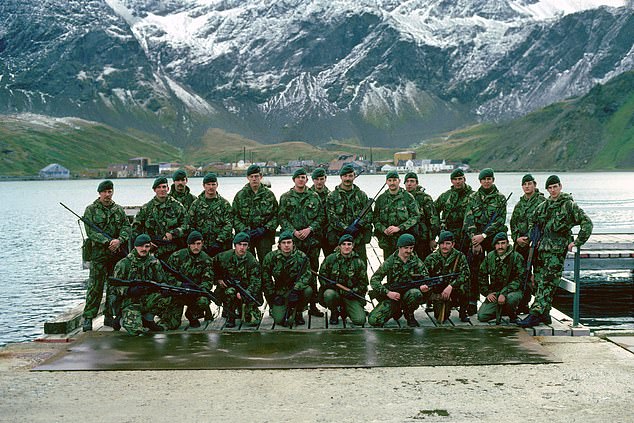 The workers' arrival alerted a British Antarctic Survey team, the only UK presence on the island, which, in turn, sent messages to London and to Rex Hunt, Governor of the Falklands.

At the request of the British, the Argentine flag was eventually lowered. But when diplomatic niceties were ignored, Hunt despatched the British patrol ship Endurance to South Georgia to drop off a detachment of 22 Royal Marines. Their brief was to monitor events.

Within days, tensions were escalating. What had seemed to be a minor episode of no consequence was rapidly developing into something far more serious.

On April 1, Hunt made a radio announcement to the islanders. 'There is mounting evidence,' he told them, 'that Argentine armed forces are preparing to invade the Falklands.' Events moved swiftly.

Following an intense two-hour gun battle, and by now cut off from London, Hunt surrendered. Argentina and its military junta leader, General Leopoldo Galtieri, were firmly in control of the Falkland Islands.

Cometh the hour, cometh the man.

At dawn on April 3, Keith Mills found himself in charge of a tiny force of Royal Marines, preparing to defend the last remaining British outpost in the southern Atlantic: South Georgia. The situation could hardly have been more challenging. With fewer than two dozen men at his disposal and reinforcements still far away, the responsibility of withstanding the Argentine assault rested on his young shoulders alone. 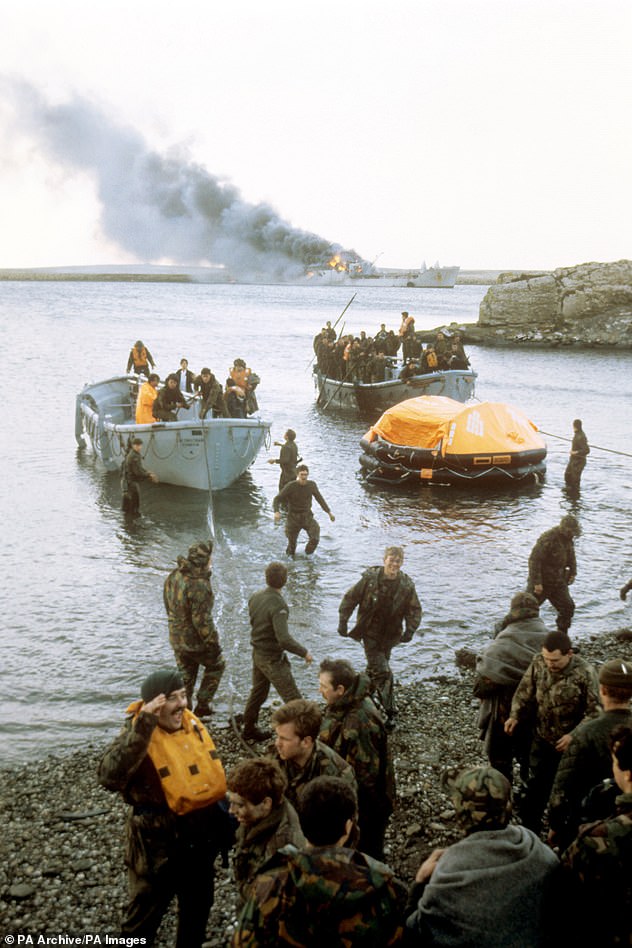 The Royal Marines faced overwhelming odds when Argentine forces arrived in the Falkland Islands, which they called Las Malvinas. (Pictured survivors from the RFA Sir Galahad which was bombed by Argentinian fast jets in San Carlos Bay

At 10.30 that morning, Argentina's Captain Cesar Trombetta radioed Mills from the auxiliary vessel Bahia Paraiso. 'Following our successful operation in the Malvinas, the ex-Governor has surrendered the islands and dependencies,' he said. 'We suggest you adopt a similar course of action to prevent any loss of life. If so, all British troops and government personnel will be repatriated to the UK unharmed.'

Mills asked for time to clarify the situation – to consider his response and to radio his superiors on Endurance, now many miles away, for guidance. He had hoped for several hours' grace, but was told he had just five minutes. His reply was swift, decisive and defiant.

'I am the British commander of the military troops stationed on South Georgia,' he radioed back to Bahia Paraiso. 'Any attempt to land will be met with force.'

Many years later his commanding officer on Endurance, Nick Barker, would write: 'We were most fearful for Keith and our Marines. When you join the armed services, you accept the risks. But you do not expect to fight, and perhaps die, on some godforsaken windswept mountainside just about as far from home as you can get.'

With a Union Jack fluttering beside them, Mills's men dug into a position about 100 yards from the shore in a sheltered bay. They had placed mines and improvised explosive devices in front of the position where they anticipated the enemy would land. The plan was, Mills later said, to give their assailants 'a bloody nose' and then withdraw into the mountains, where his men had some basic supplies.

The first the Marines saw of the invading force was the corvette (a small warship) Guerrico rounding a point and coming into a cove close to the British Antarctic Survey base. It was supported by an Alouette helicopter hovering above.

Demonstrating immense courage, Mills marched down to the jetty with the intention of talking to the Argentine landing party. Instead, the helicopter landed and dropped eight enemy marines close by, one of whom raised his rifle in Mills's direction. He retreated. Next, a Puma helicopter from Bahia Paraiso attempted to land on the foreshore. Mills ordered his men to open fire, and more than 500 small-arms rounds hit the helicopter from a range of less than 100 metres. Trailing smoke, it pulled away and limped 1,200 metres to the other side of the bay, where it crash-landed.

Next on the scene was another helicopter, again an Alouette. This was also hit by British fire and crashed.

Guerrico began blasting away with 40mm guns from its stern, and a 100mm gun from the bow.

The British had expected it to stop out of their range and then fire at them from a safe distance, but Guerrico carried on advancing until it was only 500 metres away.

In his official report of the incident, a copy of which I have obtained, Mills wrote: 'I ordered my men to open fire. The corvette was committed to entering the bay and could not turn around. The first 84mm round fired at the ship landed approximately 10 metres short of its target. The round did not detonate on impact with the water, but did detonate on impact with the ship below the waterline. The ship was also engaged by heavy machine gun and rifle fire.'

Mills continued: 'The ship then moved right into the bay, about-turned and headed out to sea again at full speed. We engaged the corvette for a second time, scoring anti-tank rocket hits to the Exocet [missile system] and to the main upper-deck superstructure.

'I was later informed by an Argentine marine officer that we had scored a total of 1,275 hits on the corvette, and had we hit her again below the water line she would surely have sunk.'

Twenty minutes of heavy shelling was followed by what seemed to be a temporary ceasefire. It was then that Mills realised the extreme peril of their situation.

'I realised that a withdrawal for us would be almost impossible as the Argentine troops that had landed on the far side of the bay had moved round to cut off our withdrawal,' he wrote. 'We had already sustained one casualty, and I realised that we would sustain many more had we waited until the hours of darkness before attempting a withdrawal.

'Having already achieved our aim of forcing the Argentines to use military force, I realised we could achieve no more. It was at this stage I decided to surrender.'

But even this proved to be an unnerving and dangerous experience, remembered Mills.

'As we had not planned to surrender, we had no white flag, and therefore had to improvise using a green anorak with a white lining,' he recalled. 'On initially waving this article of clothing [perched on the top of a rifle], the Argentines engaged it with heavy fire. I then waved it again and this time it was not engaged.

'I realised that I would have to move forward from my position to negotiate with the Argentines, as it was unlikely they were going to come to me. I slowly stood up and, remarkably, I was not shot. I then moved forward to the Argentine position in the base and was met by an Argentine marine officer. 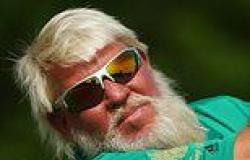 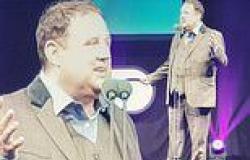 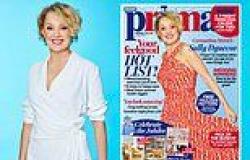 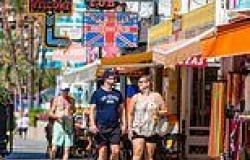