Biden and Harris walk out of the White House together and hug amid claims of a ... 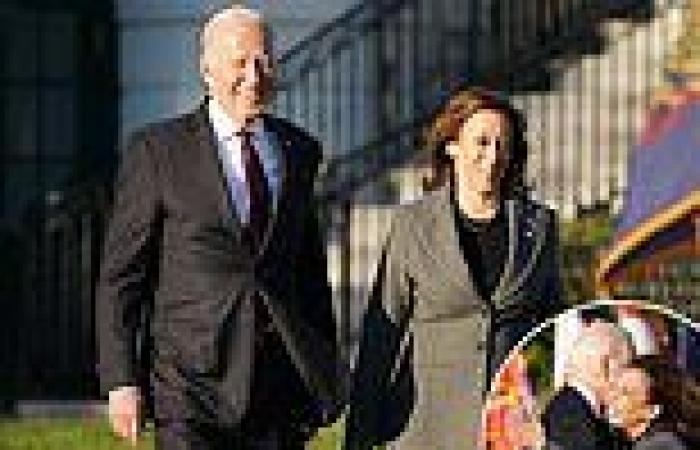 Vice President Kamala Harris lavished praise on President Joe Biden on Monday, thanking him for the work he did to secure a trillion dollar infrastructure bill, amid reports that their relationship had soured.

They walked out on to the South Lawn together in a show of unity before hugging in front of about 800 guests.

Hours earlier, a string of insiders told CNN Biden was distancing himself from Harris because of her sliding poll numbers while the VP felt isolated.

Officials tried to shrug off the claims during the day, and Harris offered her boss the thanks of a grateful nation.

'From the very start you welcomed Democrats, independents and Republicans to meet with us in the Oval Office. You welcomed ideas. You welcomed debate, all in the service of getting this bill done,' said Harris before Biden signed the bill into law.

'And here is what I know to be true, Mr. President, you are equal parts believer and builder.

'And because you are, we are all better off. On behalf of our nation, thank you Mr. President. 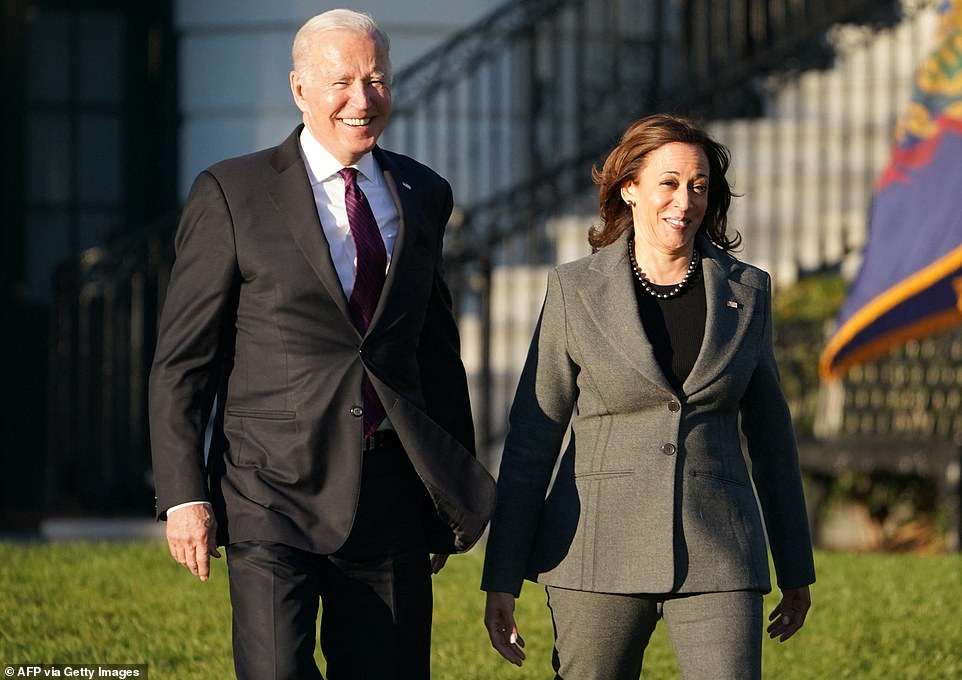 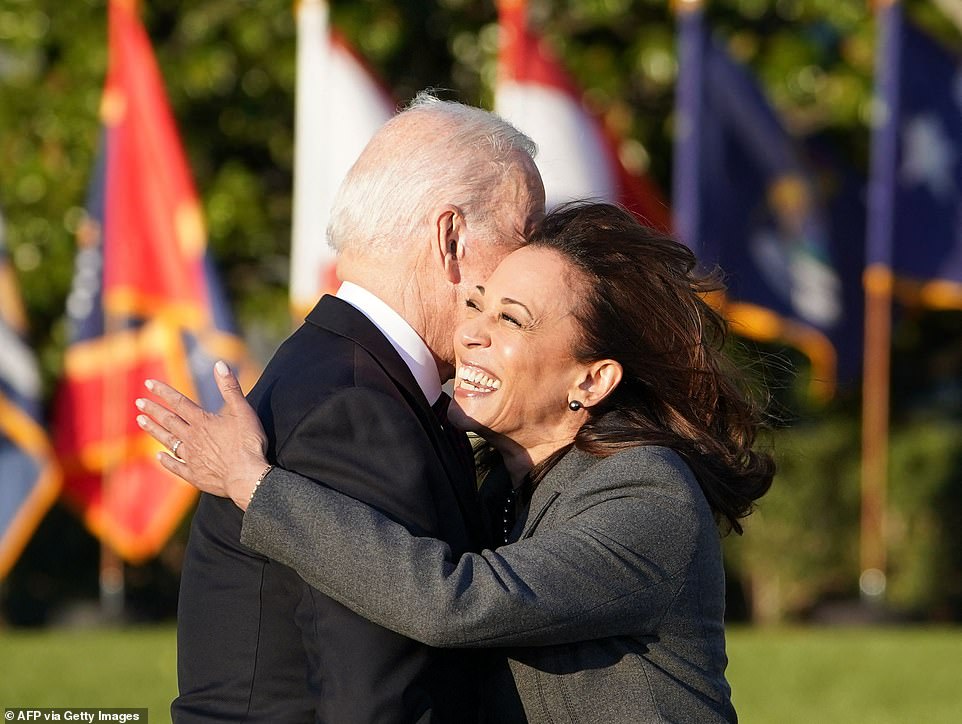 They offered a very public display of unity with broad smiles and a hug, despite claims that Harris felt isolated and that Biden  was distancing himself from an unpopular vice president 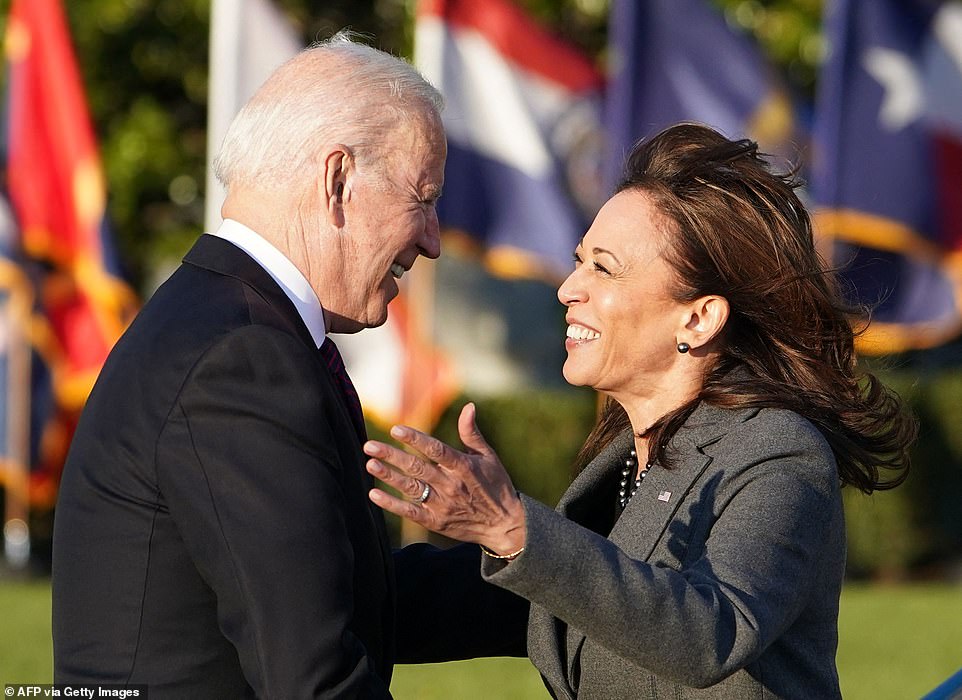 They appeared together for the signing of the trillion dollar infrastructure bill. 'And here is what I know to be true, Mr. President, you are equal parts believer and builder,' said Harris before thanking the president for his work

Sinema, a moderate Democrat and key swing vote in the Senate, said the plan will create millions of jobs, will not cost taxpayers any money and said it will help her home state of Arizona improve water supplies.

'Our plan will create millions of jobs and make our country stronger, safer and more globally competitive without raising taxes on everyday Americans,' she said.

Portman offered praise for the bipartisan process that gave rise to the bill and even credited former President Trump, whose inability to turn 'infrastructure week' into anything real became a running joke.

'By making infrastructure a real priority in his administration, President Trump furthered the discussion,' he said, 'and helped Republicans like me think differently about the positive impact of investment and core infrastructure.'

About 800 guests including members of Congress, governors, mayors, state and local elected officials, labor leaders, and business leaders were among the guests on the South Lawn.

But it followed a day of intense speculation about the relationship between Harris and Biden.

Senior Biden aides came out to throw water on the CNN article published Sunday night with background from nearly three-dozens sources that suggested the President has 'given up' on Harris after a poll showed her approval at 28 percent and just hours before they were set to appear together at the infrastructure bill signing on Monday afternoon. 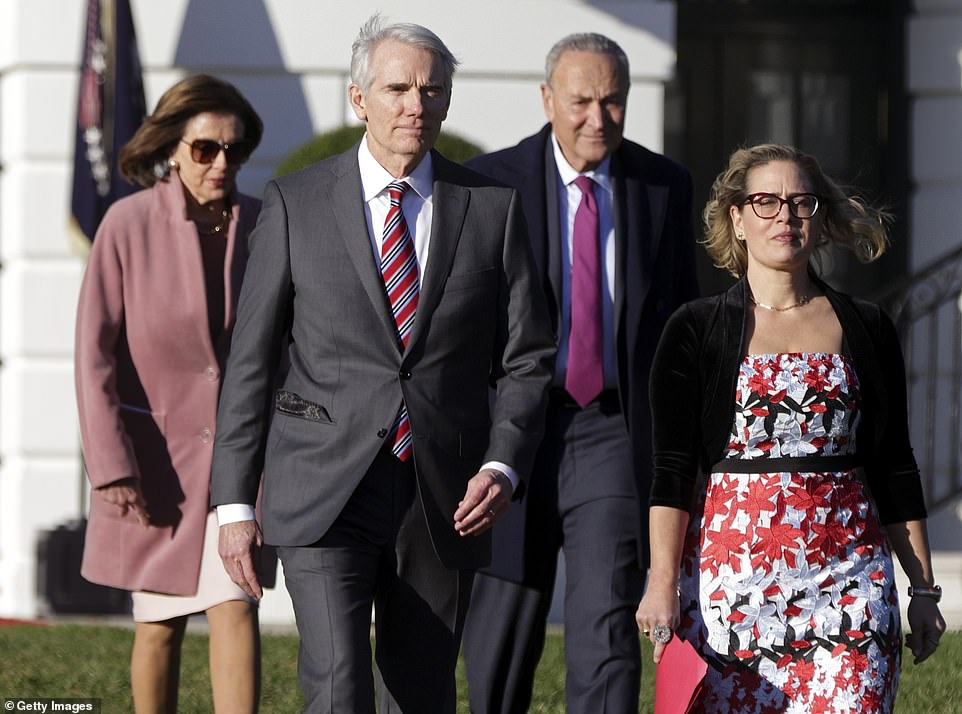 (From left to right) House Speaker Nancy Pelosi, Democratic Senator Kyrsten Sinema,  and Republican Senator Rob Portman were on the stage as they signed the infrastructure bill to invest in broadband, bridges, roads and ports 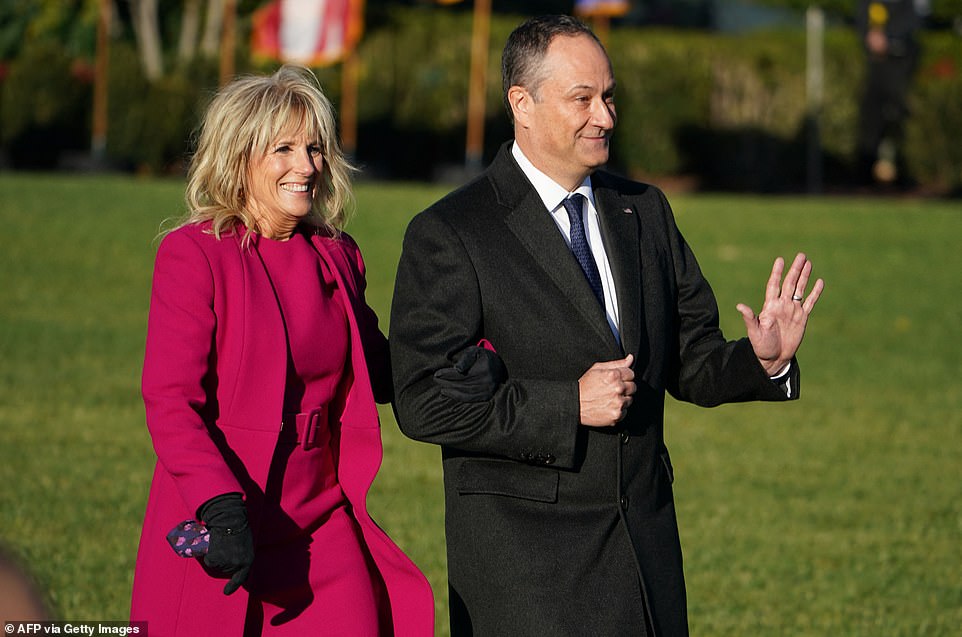 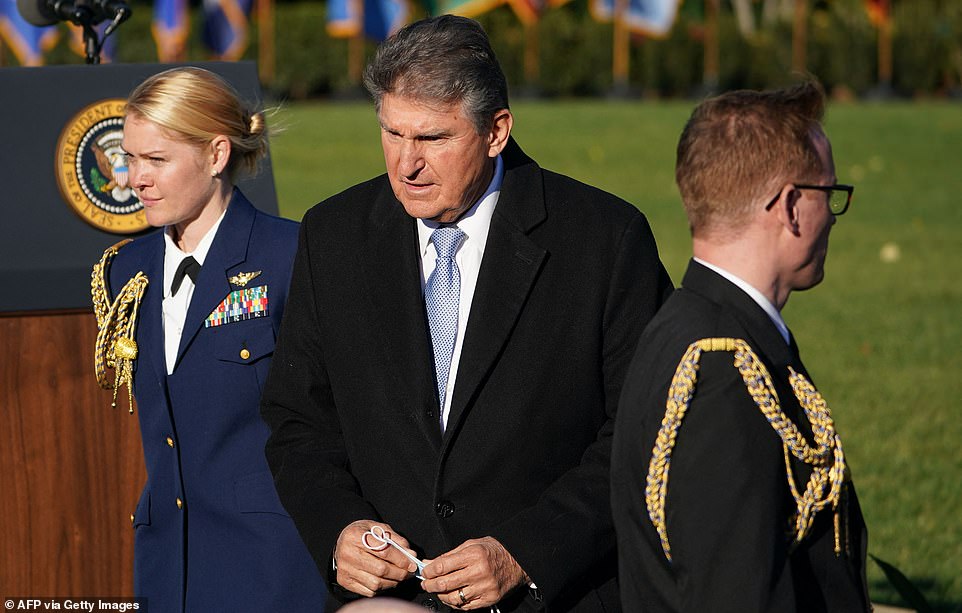 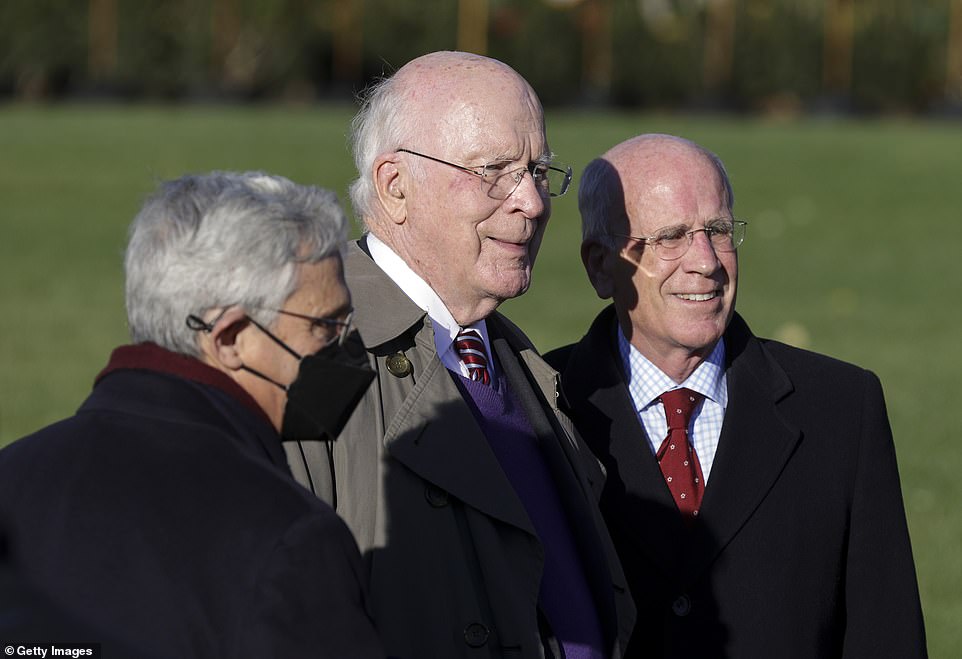 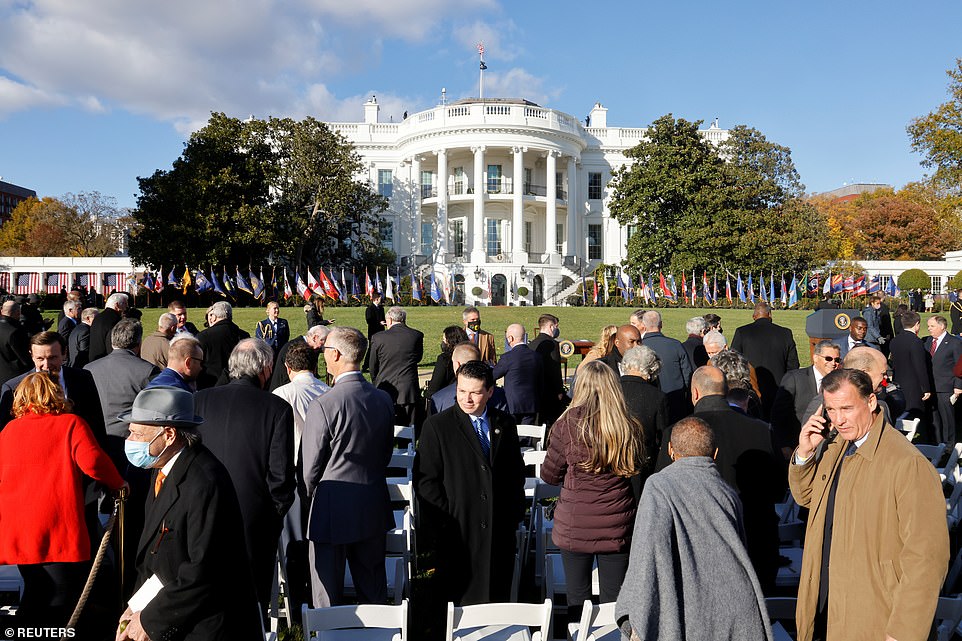 'It is unfortunate that after a productive trip to France in which we reaffirmed our relationship with America's oldest ally and demonstrated U.S. leadership on the world stage, and following passage of a historic, bipartisan infrastructure bill that will create jobs and strengthen our communities, some in the media are focused on gossip - not on the results that the President and the Vice President have delivered,' the vice president's spokesperson Symone Sanders told CNN.

White House Press Secretary Jen Psaki also appeared to respond to the reports with a tweet in defense of the vice president.

'For anyone who needs to hear it,' she began in her Sunday evening tweet. '@VP is not only a vital partner to @POTUS but a bold leader who has taken on key, important challenges facing the country—from voting rights to addressing root causes of migration to expanding broadband.'

Here's a breakdown of the bill that Biden is expected to soon sign into law:

The upgrades include $4 billion of construction on coastal ports, inland waterways and other corps-eligible facilities, as well as $3.4 billion worth of improvements on obsolete inspection facilities to smooth international trade at the northern and southern borders. Upgrades will also include streamlining data sharing among shipping lines, terminal operators, railroads, truckers, warehouses, and cargo owners, across agencies to smooth supply chains.

The bill would provide $110 billion to repair the nation's aging highways, bridges and roads. According to the White House, 173,000 total miles of America's highways and major roads and 45,000 bridges are in poor condition. And the almost $40 billion for bridges is the single largest dedicated bridge investment since the construction of the interstate highway system, according to President Joe Biden's administration.

To reduce Amtrak's maintenance backlog, which has worsened since Superstorm Sandy nine years ago, the bill would provide $66 billion to improve the rail service's 457-mile-long Northeast Corridor as well as other routes. It´s less than the $80 billion Biden - who famously rode Amtrak from Delaware to D.C. during his time in the Senate - originally asked for, but it would be the largest federal investment in passenger rail service since Amtrak was founded 50 years ago.

The legislation's $65 billion for broadband

PREV British sniper platoon commander is selling his bravery medals for £140,000
NEXT Outrage as climate warriors Bill Gates and Jeff Bezos celebrate on ... 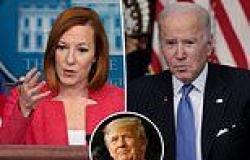 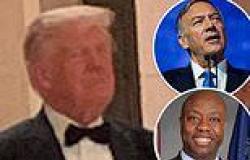 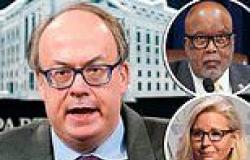 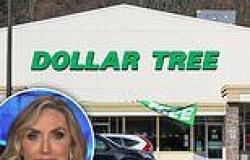 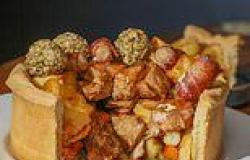 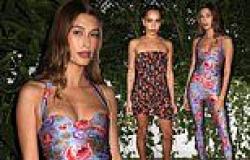