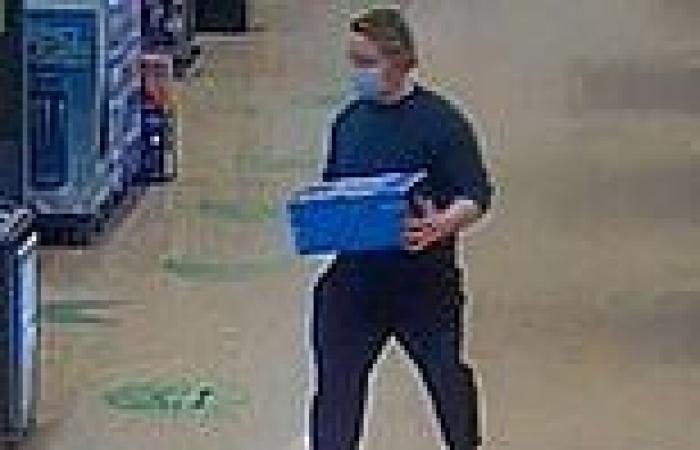 This is the chilling moment a homeless killer is caught on supermarket CCTV picking up the eight-inch knife he used to stab his flatmate 37 times before leaving the weapon in his chest.

Daniel Ainsley, 24, is seen buying a set of kitchen knives before taking out the biggest one and discarding the rest and casually walking off to kill father-of-two Mark Wolsey, 48 in Harrogate, North Yorkshire.

CCTV footage captured a masked Ainsley hiding the eight-inch blade in his waistband before fatally stabbing Mark, who had provided a roof over his head after Ainsley was made homeless.

In the clip, the killer coolly approaches the kitchen utensil aisle at an Asda supermarket before paying for the weapon that he would use to murder Mark at a self-service checkout.

Leeds Crown Court heard Ainsley planned and carried out the stabbing after leaving hospital on March, 5, before heading straight to the store to buy the blade he used to repeatedly stab his victim.

After plunging the knife into Mark's chest, he then dialled 999 and told a police operator that he had killed a 'so-called friend'.

Ainsley was sentenced to a minimum prison term of 22 years on Thursday after his initial manslaughter plea was upgraded to a murder charge. 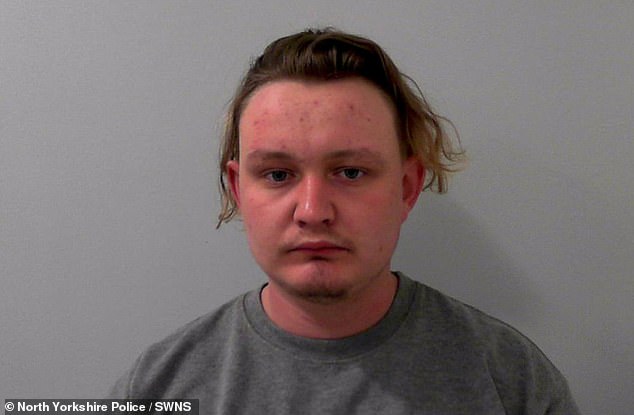 Daniel Ainsley, 24, (pictured) was jailed for life after he was found guilty of murdering Mark Wolsey in a brutal knife attack at Wolsey's Harrogate bedsit in North Yorkshire 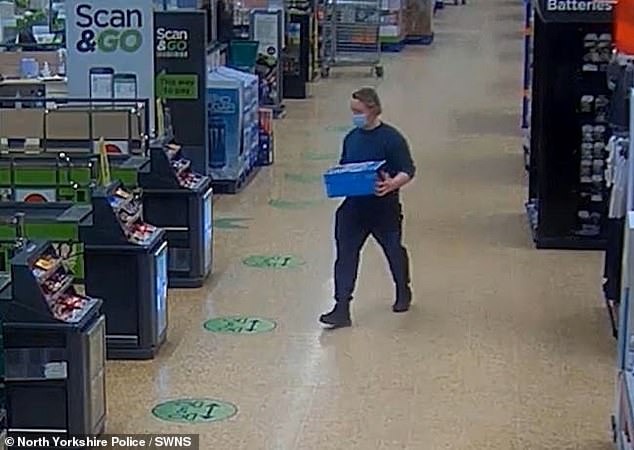 CCTV shows the chilling moment homeless killer Daniel Ainsley is caught on camera picking up the eight-inch knife he used to stab his flatmate, Mark Wolsey, 37 times before leaving the weapon in his chest

Ainsley, a drug addict and alcoholic, denied murder but admitted manslaughter on the grounds of diminished responsibility.

However prosecutors rejected his plea and pushed ahead with a murder trial.

A psychiatric report said his guilt wasn't diminished by his complex personality disorder and the killing was carried out in a 'targeted, premeditated and goal-driven' way.

A post-mortem revealed Mark had been stabbed 15 times during the frenzied attack - nine times in the torso and six times to his upper arm.

Seven of the nine torso wounds penetrated his major organs and he also had 37 superficial knife wounds to his body, the court heard.

A neighbour was horrified to discover Mark's blood-soaked body with the hilt of an eight-inch chef's knife protruding from his chest and the blade impaled in his torso.

Prosecutor Mark McKone QC said Mark had allowed Ainsley to stay at his bedsit in Harrogate as he was homeless. 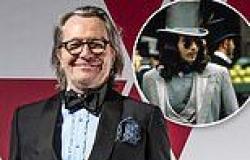 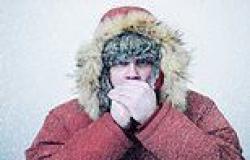 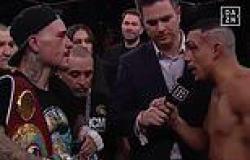 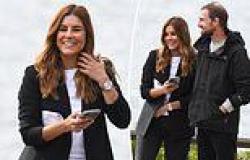