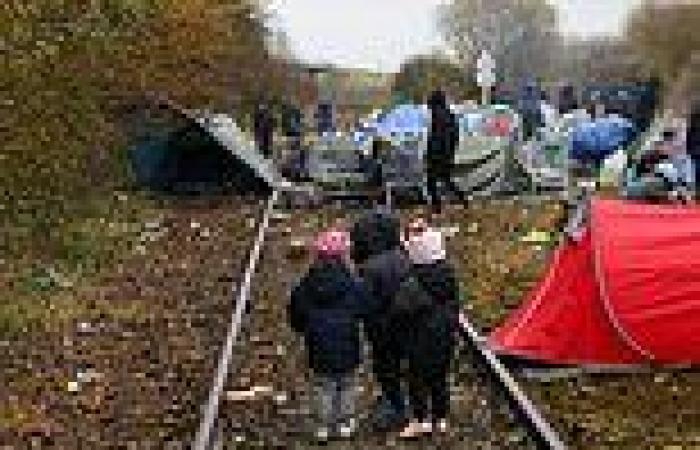 Despite Wednesday seeing the deadliest channel crossing disaster on record, migrants in France appear determined to continue their efforts to reach the UK.

Photographs from Dunkirk suburb Grande-Synthe on Thursday showed a camp set up along a railway line, that has become a temporary home to migrants after they allegedly saw their original camp destroyed by French police.

Among them were a number of families with small children, many of whom could be about to make the same perilous journey that saw 27 people lose their lives a day earlier when a dinghy capsized off the coast of Calais after setting off from Dunkirk. 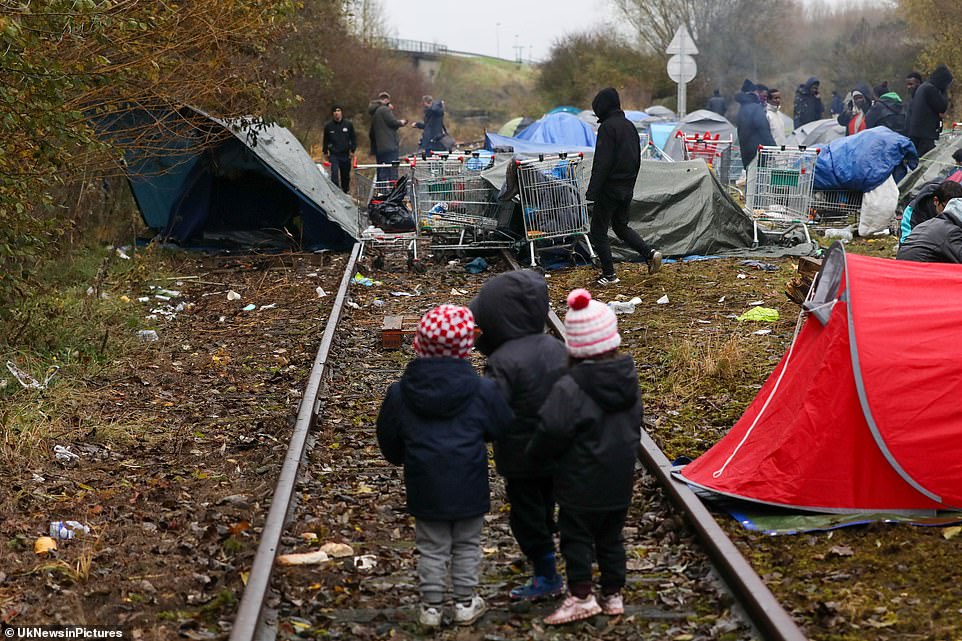 Pictured: A group of three small children walk together down the middle of disused railway tracks, around which tents were pitched by migrants for a camp. Many of the young children could be about to make the same perilous journey that saw 27 people lose their lives a day earlier when a dinghy capsized off the coast of Calais 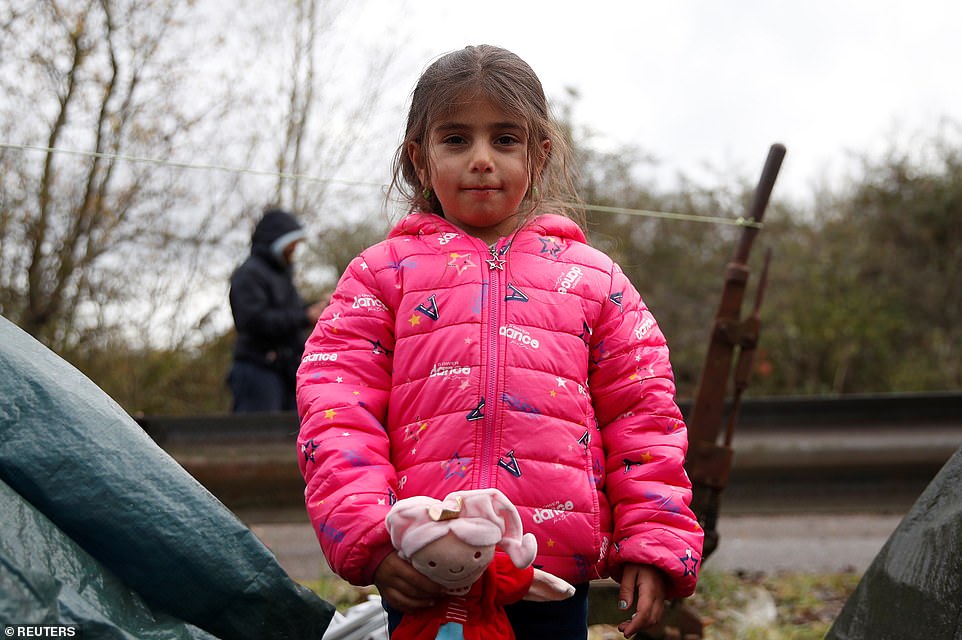 Lya, from Iraq, poses at a makeshift migrant camp in Loon Beach, the day after 27 migrants died when their dinghy deflated as they attempted to cross the English Channel, in Dunkerque near Calais, France, November 25, 2021 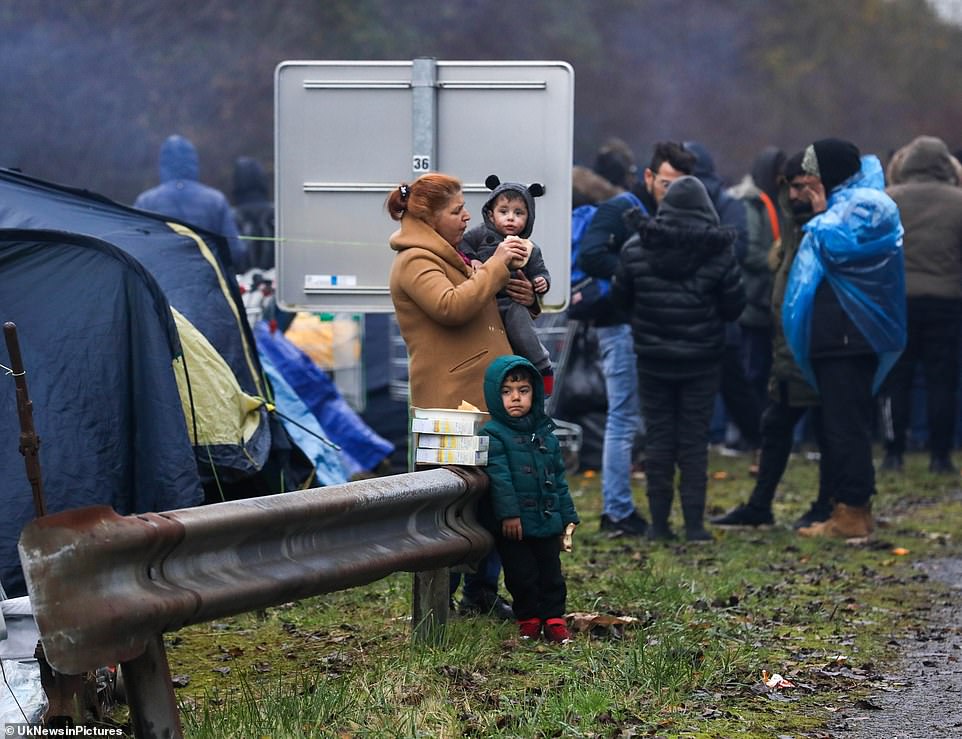 Pictured: A woman with her two sons from a camp near the Dunkirk suburb Grande-Synthe, where a group of around 500 migrants have gathered, with some hoping to reach the UK despite the Wednesday being the deadliest day of channel crossings on record 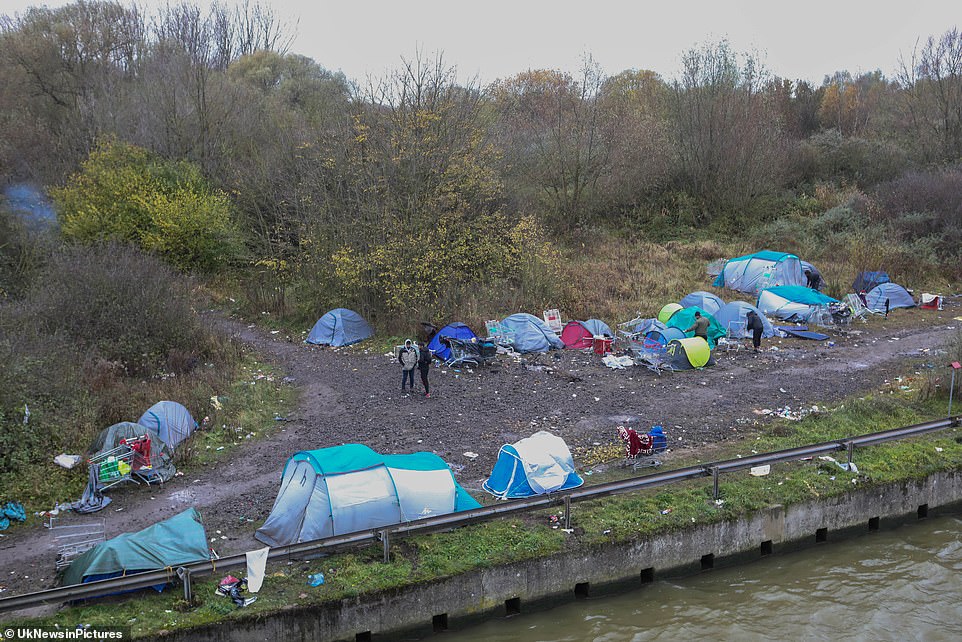 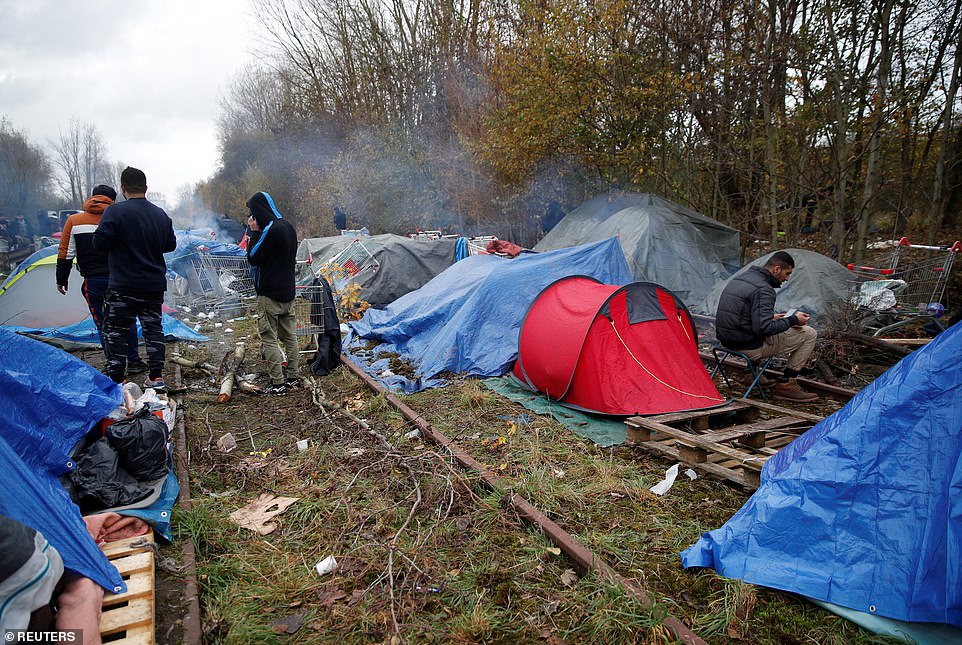 Migrants stand near tents at a makeshift migrant camp in Dunkerque near Calais, France, November 25, 2021

The victims of the tragedy were said to include 17 men, seven women, and two boys and a girl thought to be teenagers. One of the dead women was reported to have been pregnant.

Shopping trolleys to carry their belongings were scattered around the camp, while leftover food and other litter could be seen on the floor.

One woman at the camp was said to be sharing a tent with five children, while another could be seen feeding her two young sons - one of whom she was carrying.

A young girl called Lya, who had made the journey to France from Iraq, posed for a press photographer wearing a bright pink coat and holding a doll.

Another group of three small children were pictured walking together down the middle of the disused railway tracks, around which the tents were pitched.

Migrants in Calais said that they were more determined than ever to reach the UK despite the 27 people drowning crossing the Channel yesterday.

Speaking in France, a Kurdish computer programmer called Kochar, 25, told MailOnline: ‘It is not going to stop people from wanting to come to England. Everything in life is a risk, and it is worth a big risk to get to England.

Another Iraqi Kurd called Aram, 41, said: 'There are some people who will be put off if they think they are going to die, but most people have no choice. 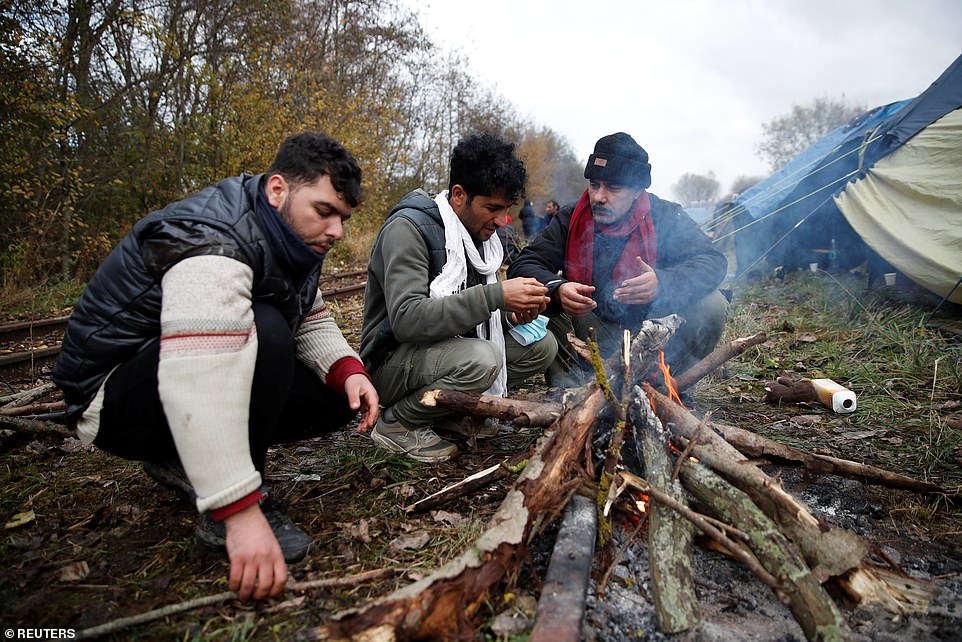 Pictured: A group of men start a fire in a makeshift camp on Thursday 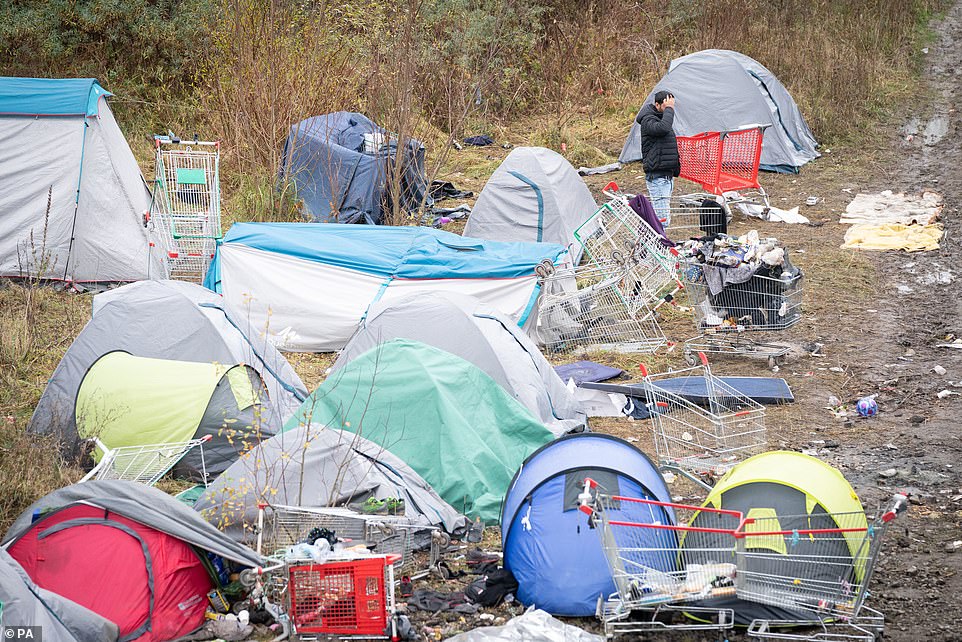 Pictured: Tents belonging to migrants in Grand Synthe near Dunkirk, France who still hope to cross the English Channel after a boat capsized off the French coast 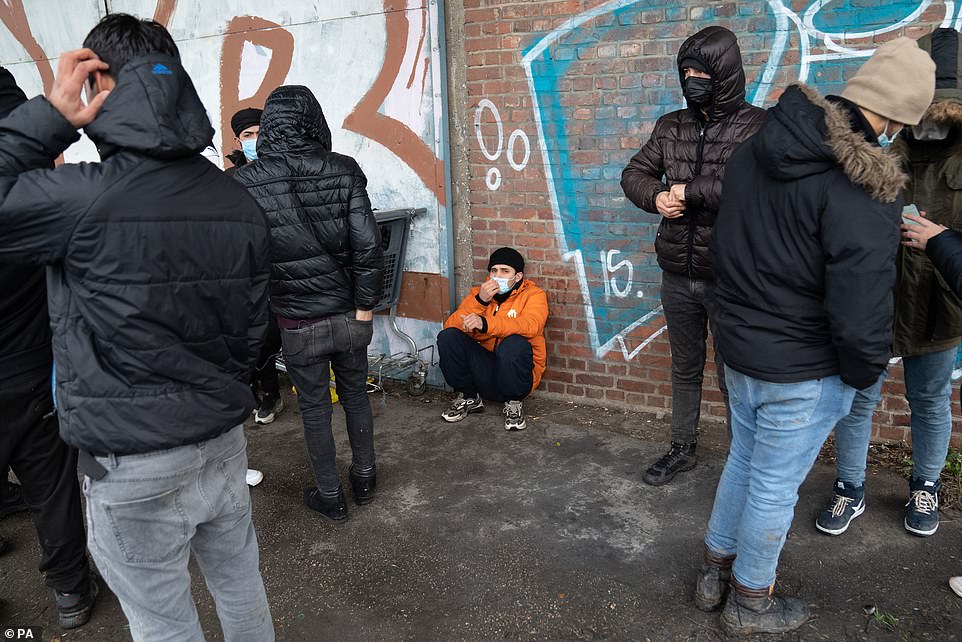 'We have to try to get to England. ‘I will get on a boat some time. It might be this week or it might be next. I got a call from my friend who told me about the people who had died. I did not know any of them.’

The migrants told how heartless people traffickers have slashed their prices for a place in a boat across by 500 euros since news of the tragedy filtered through to people living in the makeshift camps around Grandy-Synthe.

Those hoping for a new life in the UK told MailOnline that the fare for a place in an open dinghy had been reduced from 2,500 euros to 2,000 euros.

Kochar said: ‘Last week it was costing 2,500 euros to get a place. But last night I heard it had been discounted by 500 euros.

‘It looks like the price has come down because of these people who have died. The people smugglers are worried about losing business – so they want to give a better deal,' he said.

Aram said: ‘I heard that the price had come down today. You hear messages from everyone. I am glad it has happened. It is still far too expensive.’

He paid 2,500 euros to reach Germany from Kurdistan via the route through Belarus, and another 500 euros to get to France. 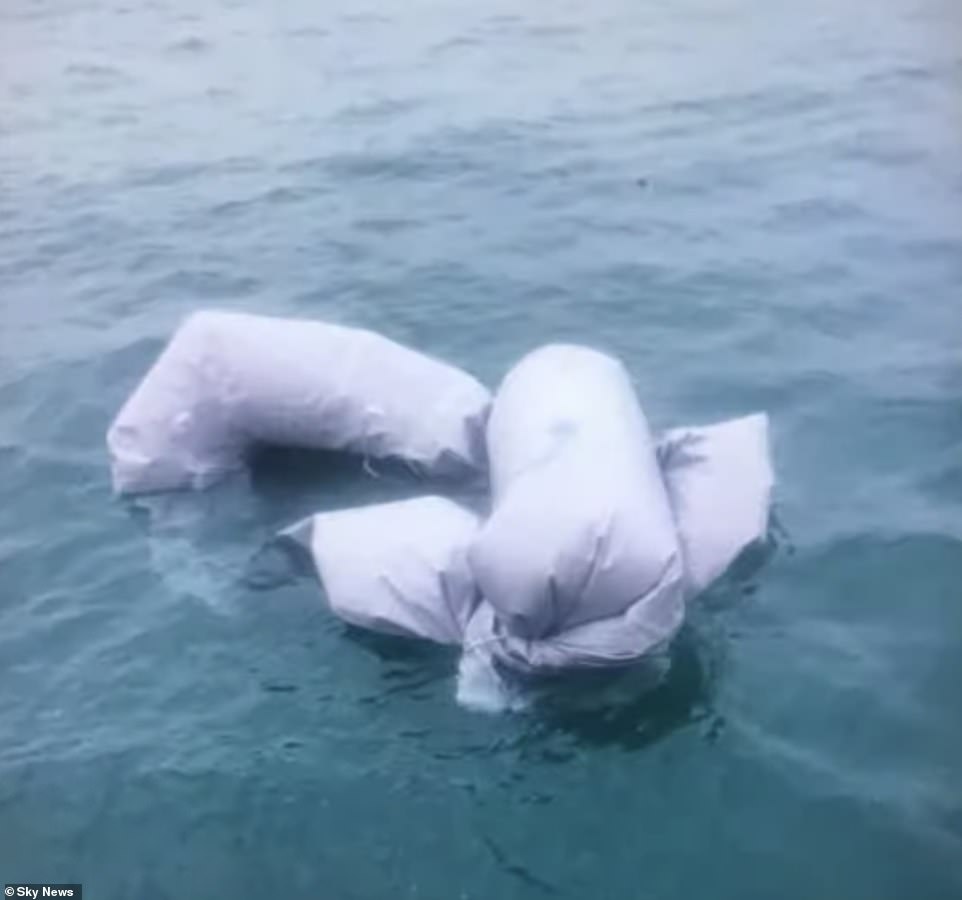 This is the first picture of the flimsy and dangerous dinghy that sank off Calais yesterday, killing 27 people including five women, some of them pregnant, and three children 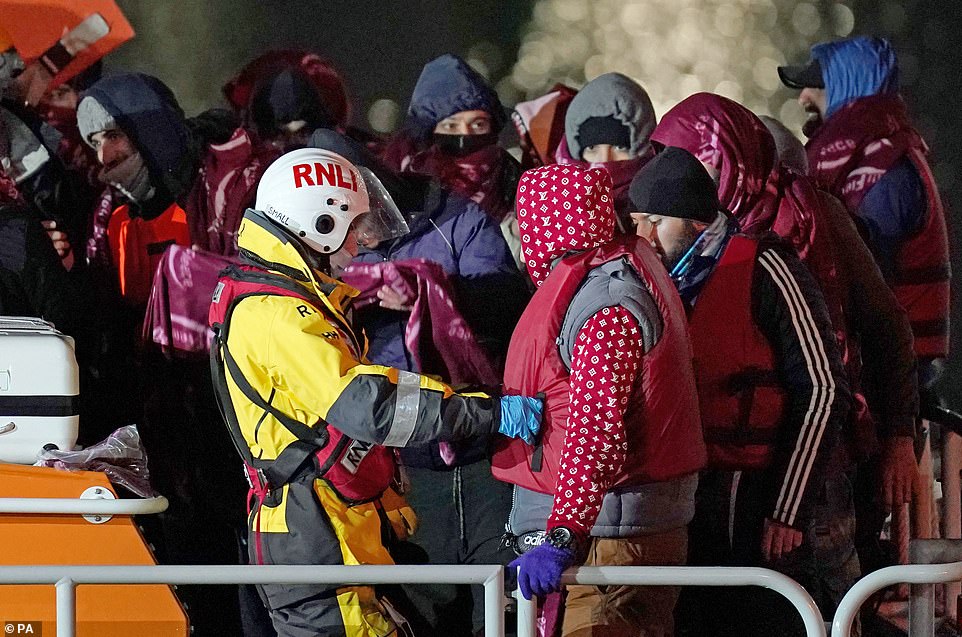 A group of people thought to be migrants are brought in to Dover, Kent, by the RNLI, following a small boat incident in the Channel after 27 people died yesterday 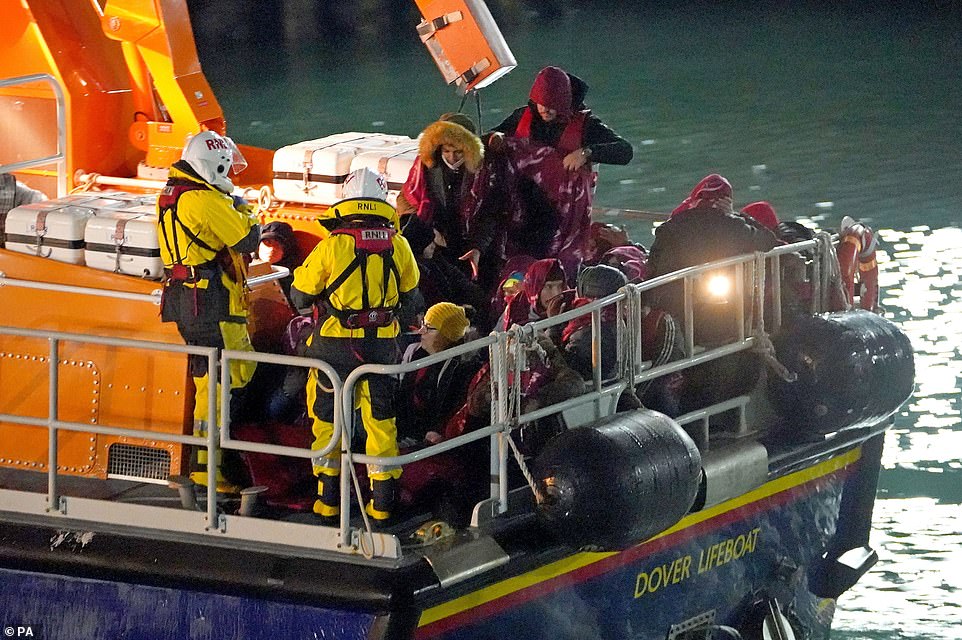 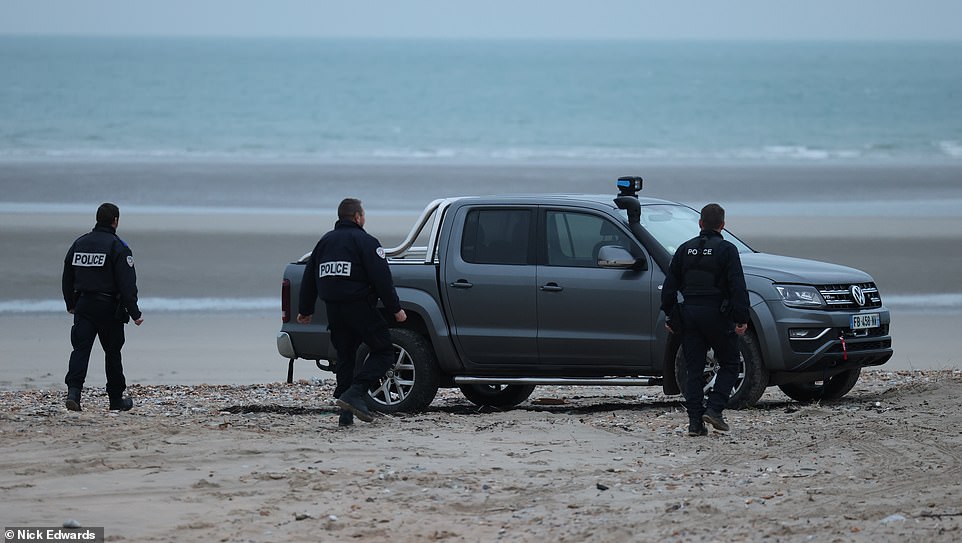 PREV On sale for just £50,000: The fire ravaged three-bed house in Oxford
NEXT Unvaxxed sheriff's deputy, 31, who nearly died of COVID gets the shot the day ... 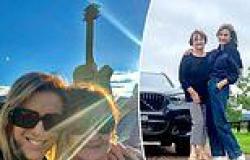 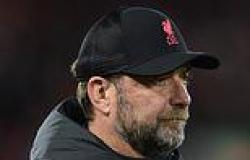 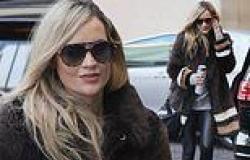 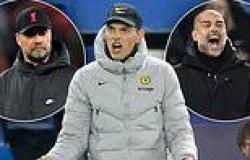 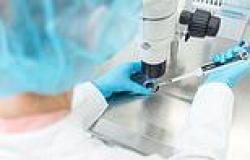