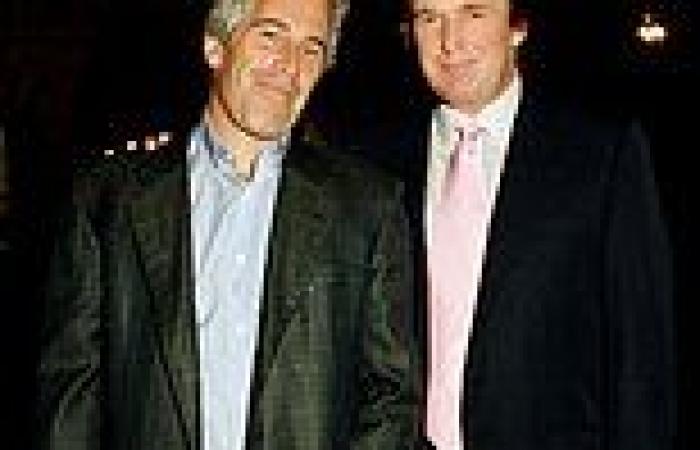 Donald Trump flew on Jeffrey Epstein's private planes, the pilot of the Lolita Express has revealed on the witness stand.

Larry Visoski, Epstein's chief pilot who flew the pedophile financier for more than 25 years, confirmed Tuesday that Trump flew on the billionaire pedophile's airplanes before he was president.

Visoski also confirmed that President Bill Clinton, Prince Andrew and Kevin Spacey were all aboard his flights. He added that he was asked to clean up after Clinton's flight.

Visoski said: 'I never saw any sexual activity, no,' but admitted that he could not see everything that went on.

Donald Trump flew on Jeffrey Epstein 's private planes, the pilot of the Lolita Express has revealed on the witness stand

Larry Visoski, Epstein's chief pilot who flew the pedophile financier for more than 25 years, said Maxwell 'was the Number 2' and that 'Epstein was the big Number 1' when asked about their relationship 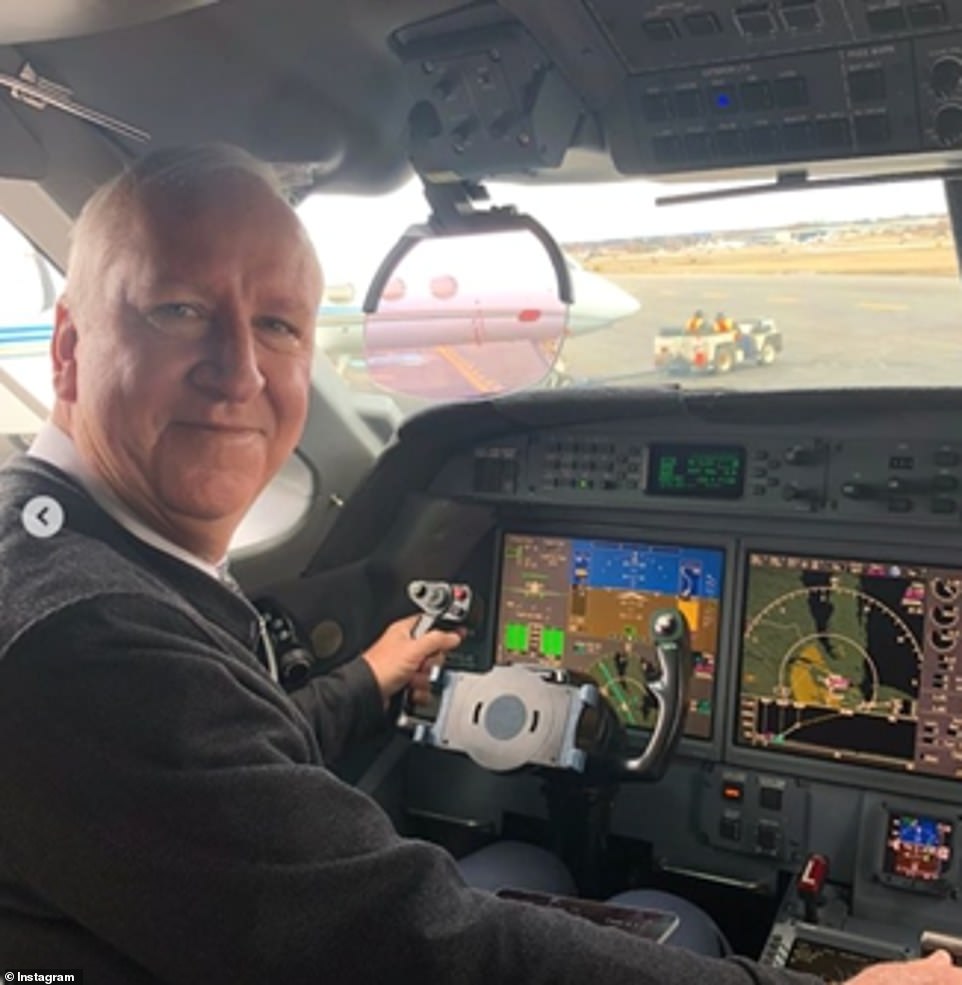 Pictured: Visoski in the cockpit of Epstein's Gulfstream G550 - another one of his private aircraft 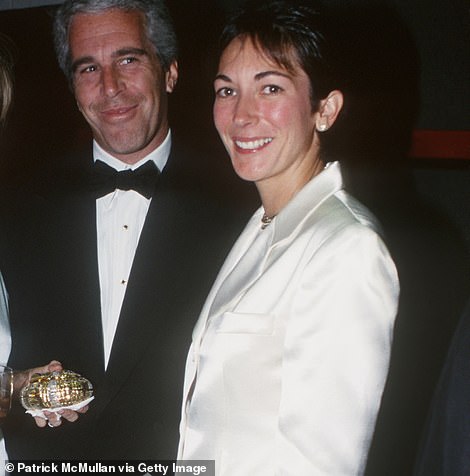 Maxwell, 59, who is accused of procuring underage girls for pedophile Jeffrey Epstein, is on trial for sex trafficking charges. She has pleaded not guilty to all charges

Viskosi said he was introduced to Minor Victim 1 - known by the pseudonym 'Jane' - in the cockpit of the 'Lolita Express' in the mid to late 90s.

'Mr. Epstein brought her to the cockpit. She had piercing power blue eyes,' Visoski said.

Maxwell's attorney Christian Everdell asked, 'And beyond the striking blue eyes, you have said she had large breasts, right?'

Visoski answered that she was 'a mature woman.'

'She didn't look young. I mean, whatever you decipher is the definition of young. But she was a woman in my category,' he added.

Maxwell entered the Manhattan courtroom Tuesday morning wearing a cream sweater, black slacks and looked on as Visoski was questioned.

He said Maxwell 'was the Number 2' and that 'Epstein was the big Number 1' when asked about their relationship.

When asked how many other assistants Epstein had in addition to Maxwell, he replied that there were many, identifying Maxwell's own assistants.

He specifically named Sarah Kellen - who has been accused of playing a pivotal role in Epstein's empire: procuring girls, coaching them and acting as a 'lieutenant' to Maxwell.

Visoski was also asked to identify parts of Epstein's 10,000-acre Zorro Ranch in New Mexico where airplanes were parked.

He said he would often go to the main residence to pick up luggage and help install electronics. Visoski said he performed similar tasks on Epstein's private Caribbean island Little St. James and would also fly the helicopter to the island from nearby St. Thomas.

He added that the island could also be reach by boat.

Asked what he had made of Epstein's relationship to Ghislaine Maxwell, he said it was 'more personal than business', but added: 'I wouldn't characterize it as romantic.'

Visoski said he had been hired in 1991 and had flown Epstein around roughly 'every four days'. The pilot was so close to his boss that his daughter was reportedly married at Epstein's New Mexico ranch.

The pilot captained Epstein's Boeing 727 jet - known infamously as the 'Lolita Express' - just one of several private aircraft which prosecutors believe was used to shuttle underage girls between Epstein's residences in New York and Palm Beach. 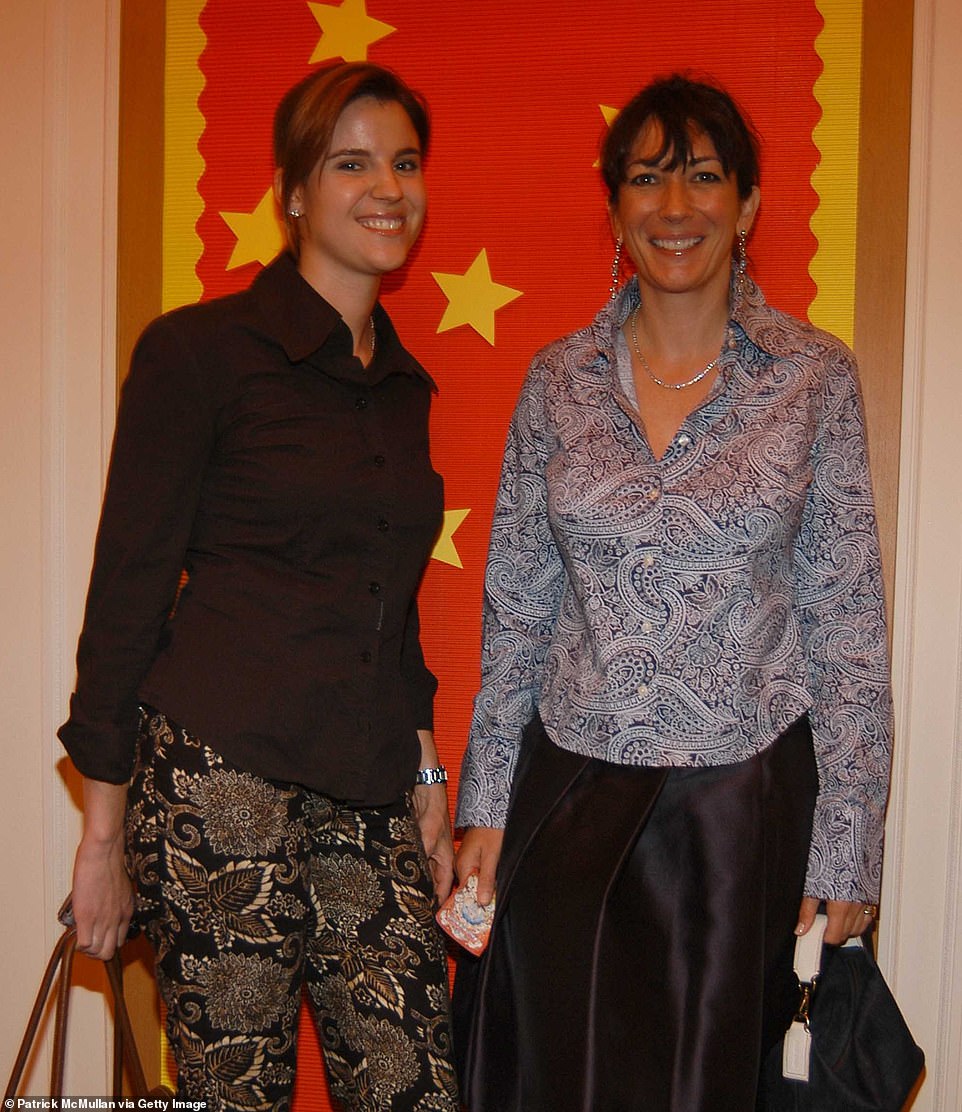 Sarah Kellen is accused of playing a pivotal role in Jeffrey Epstein's predatory empire: procuring girls, coaching them on how to pleasure the warped financier and acting as a 'lieutenant' to his alleged madam, Ghislaine Maxwell (pictured together in 2005) 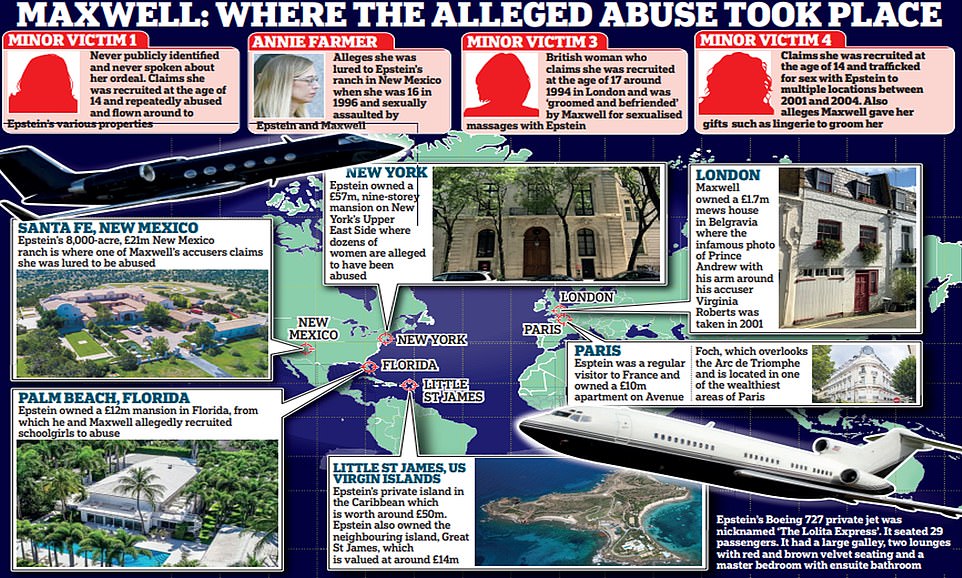 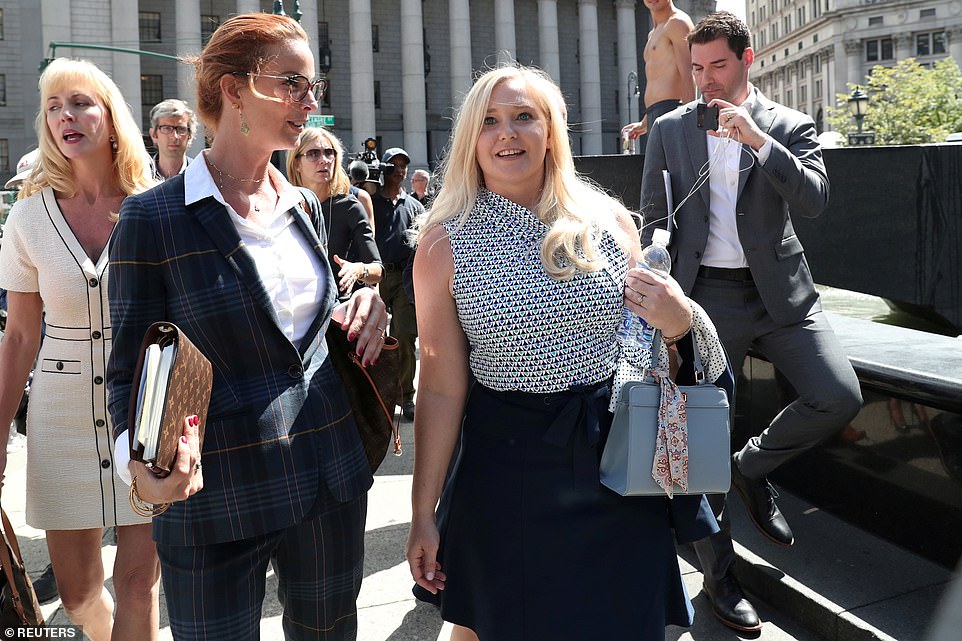 Visoski described the interior of Epstein's New York mansion in detail, as photos of the properties around the world where abuse is alleged to have taken place were displayed for the jury.

Ghislaine Maxwell faces up to 80 years in prison if found guilty. This photo was entered into evidence yesterday

Epstein used his private jet – nicknamed the Lolita Express because of some of the alleged underage passengers – to fly himself, high-powered friends, including Bill Clinton, and a parade of young women.

Last year, it emerged flight logs for all of Epstein's private aircraft had been subpoenaed, sparking fears among celebrities who had partied with the pedophile.

The attorney general in the Virgin Islands where he owned a private island has reportedly demanded to see the logs.

Victims have since claimed Epstein had a large bed installed on the jet where guests had group sex with young girls, fulfilling their warped fantasies.

In 2015, victim Virginia Giuffre Roberts filed a lawsuit against the billionaire, claiming he recruited her as a 'sex slave' at the age of 15, sexually abusing her for years on his private jet as well as his various homes in New York, New Mexico, Florida, and the US Virgin Islands.

A 2019 report claimed court filings showed that Epstein sold the Lolita Express weeks before his arrest on July 6 that year.

Huff and Darren Indyke, a lawyer and co-executor of Epstein's estate, were both contacted for comment by MailOnline. 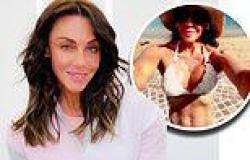 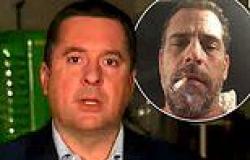 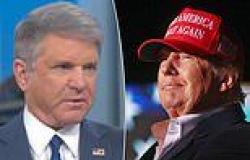 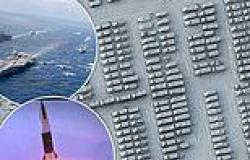