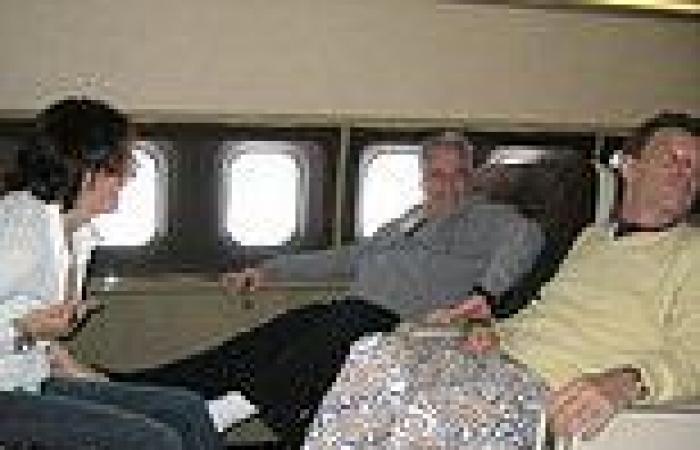 Photographed on the ‘Lolita Express’, paedophile Jeffrey Epstein’s private jet, this is disgraced French former model boss Jean-Luc Brunel, sharing a joke with the financier and his girlfriend Ghislaine Maxwell.

As Ghislaine Maxwell appears to partially unbutton her blouse in front of the two men, Epstein chuckles and Brunel, dressed in a yellow jumper and flamboyant Paisley jogging bottoms, feigns shock as he turns away.

The newly-disclosed image of Brunel, now 75, has emerged in the New York court where Maxwell, 59, is on trial for transporting minors to Epstein, the late billionaire financier.

Lara Pomerantz, for the prosecution in Maxwell’s trial in New York, said that photographs including the one of Brunel on the plane, were found on a hard drive during a raid at Epstein’s house in New York in 2019.

Ms Pomerantz said they pointed towards a ‘close relationship over time’, and suggested that Maxwell and Epstein were ‘partners in crime’. 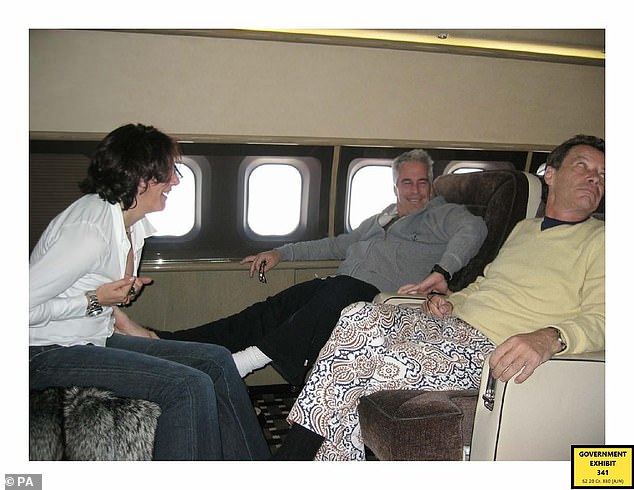 Epstein and Maxwell are seen on board the Lolita Express with French modeling scout Jean-Luc Brunel. Brunel came under scrutiny for his close ties to Epstein and was arrested in 2020, charged with rape of minors by French prosecutors 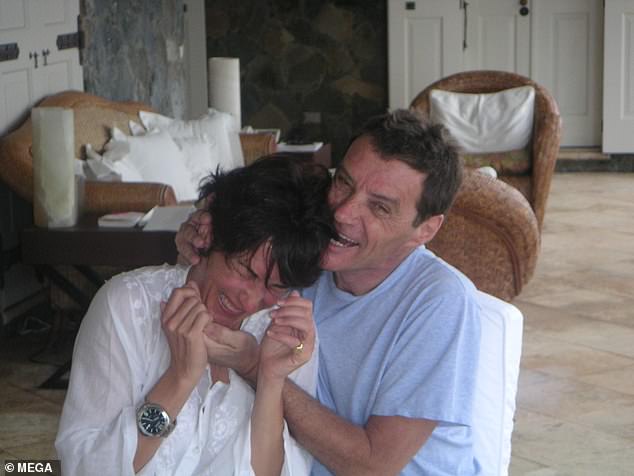 Jean-Luc Brunel play-wrestles with Ghislaine Maxwell at Jeffrey Epstein's home on the private island of Little Saint James, in the US Virgin Islands

Judicial police in Paris today indicated that the photograph – part of a bundle of prosecution evidence in the USA – will ‘assist with their case against Brunel’ too.

An investigating source in the French capital said: ‘It points to an intimate working relationship between suspects who were said to be running a sex ring together.’

Twice-divorced Brunel, the former boss of agencies including Karin Models, was arrested at Charles de Gaulle airport in Paris a year ago as he tried to board a flight to Dakar, Senegal.

He was then placed on remand after being charged with rape, sexual assault, criminal conspiracy, and the trafficking of minors.

Like Maxwell, Brunel denies any wrongdoing and has pledged to clear his name.

But according to claims from numerous alleged victims, Brunel, 75, performed the same role for Epstein which Maxwell has been accused of in New York – scouting and supplying under-age sex victims for the billionaire.

Numerous women have made allegations against him, including Prince Andrew’s accuser, Virginia Guiffre. 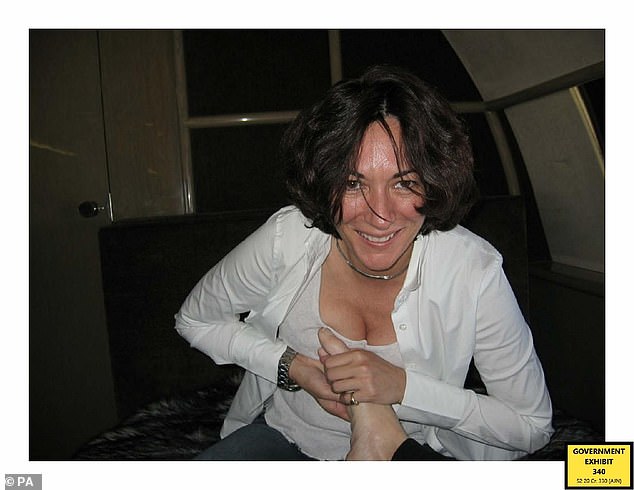 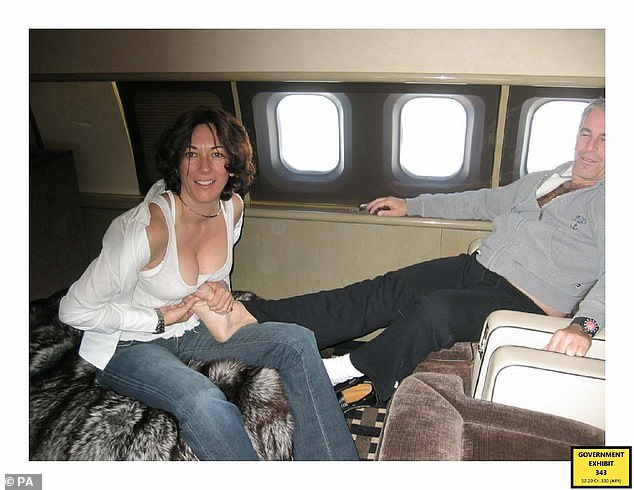 Ms Guiffre, now 38 – has told French police that Brunel committed multiple alleged attacks on her. She is also suing Prince Andrew, 61, in a US civil court for sexual assault. He is vigorously contesting the damages claim.

It follows alleges from numerous women that Brunel abused them while running an ‘underage sex ring’ for Epstein, who committed suicide in a New York prison in 2019.

The fashion agent was arrested in Paris a year ago following accusations of rape, sexual assault of minors and human

PREV German circus performer crashes 20ft to the floor when rollerblade leap goes ...
NEXT Parents fight back after schools vowed to defy end of Plan B and force pupils ... 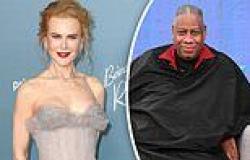 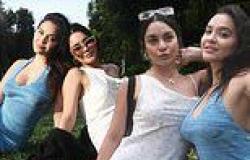 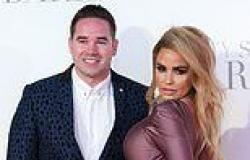 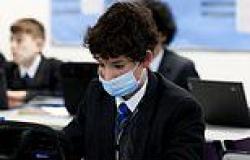