What is happening right now? A hastily convened Federal Court hearing adjourned after lunch. Three judges are now considering submissions made by both parties.

When will we get a decision? That's not clear. Chief Justice James Allsop said the judges would endeavor to give some guidance later Sunday, but he said another hearing may need to be listed for Monday morning.

Isn't that a bit tight? In a word, yes. The Australian Open is set to start on Monday, with top seed Djokovic due to play his countryman Miomir Kecmanovic on Monday night.

What did Djokovic's lawyers tell the court? They're challenging the immigration minister's decision to cancel Djokovic's visa on three grounds. The first and main ground is that the minister failed to properly consider the consequences of canceling his visa.

Djokovic's lawyer Nick Wood said Immigration Minister Alex Hawke's decision to revoke his client's visa was "irrational" as he failed to consider the "binary alternative" that the act itself could galvanize anti-vaxxers.

Wood said Hawke relied on one news article from January 6 that quoted Djokovic as saying he opposed vaccination in April 2020. But Hawke didn't seek out Djokovic's current views, Wood said.

How did the minister's lawyers respond? Stephen Lloyd, acting for Hawke, said the minister didn't seek his current views because Djokovic's anti-vax attitudes were apparent by his failure to be vaccinated. He said the tennis star had plenty of opportunities to be inoculated before his arrival in Australia.

He added that the perception that Djokovic opposed vaccination was enough to risk inciting anti-vaxxers in the country. He also said the tennis star's apparent disregard for Covid-19 rules meant there was a risk others would emulate his actions and ignore public health orders.

What happens if Djokovic's visa is reinstated? We can assume Djokovic would try to put his court battles behind him and attempt to win his 21st grand slam. That doesn't mean the government will stand aside -- they could choose to cancel it again on other grounds, experts say.

What happens if his visa is revoked? The option would remain open for Djokovic's lawyers to take his case to a higher court, but experts say time wouldn't be on his side, given the tournament is due to start in less than 24 hours.

Is there a potential for another twist? Experts say if Djokovic loses, the court could request the minister grants him a temporary bridging visa which would allow him to contest the Australian Open. The visa gives

PREV Monday 9 May 2022 07:14 PM At least 40 migrants including child and man 'in handcuffs' arrive in Dover ... trends now
NEXT Queen withdraws from speech to parliament for first time in 59 years mogaznewsen

A rare Chinese vase dating from the 18th century has sold for nearly $1.8 ...

The unusual new superyacht concept with a giant glass eye 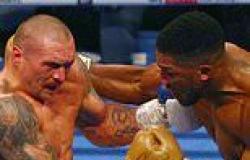