Unlike in that case, though, the proceedings are not being televised because federal court does not allow cameras.

The three ex-officers' actions during Floyd's arrest in May 2020 were shown in detail during Chauvin's state trial in videos from bystanders, police body cameras and surveillance footage.

Chauvin, the most senior of the four officers, placed Floyd on his stomach on the street and kneeled on his neck and back. Kueng held down Floyd's torso and Lane held his legs, while Thao stood nearby and blocked concerned bystanders from getting close or intervening.

The officers kept Floyd in that position, handcuffed and prone on the ground, for nine minutes and 29 seconds, prosecutors said during Chauvin's trial. The officers at no point moved Floyd into a side recovery position to help with his breathing.

All four officers were fired in the wake of the bystander video's release, and they were arrested and charged days later.

Thao had been an officer for more than eight years, while Lane and Kueng were rookie officers with only a few days of experience, according to a criminal complaint.

Chauvin pleaded guilty in December to federal civil rights charges for violating Floyd's rights during the arrest. He also pleaded guilty in a separate federal case in which he was accused of depriving the rights of a 14-year-old in 2017 for kneeling on the back and neck of a handcuffed, non-resisting teenager.

As part of that plea agreement, Chauvin faces a sentence of between 20 and 25 years in

A rare Chinese vase dating from the 18th century has sold for nearly $1.8 ...

The unusual new superyacht concept with a giant glass eye 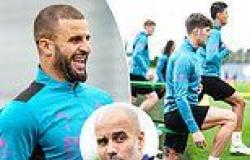 sport news Arsenal 'did NOT expect to finish in the top four and their summer budget not ... trends now 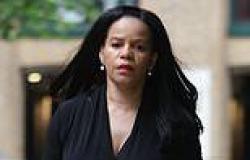