Cita Sadeli saw the start of the pandemic from a different angle than most: standing on an articulated lift, hovering 120 feet above street level. She spent much of early March 2020 painting a mural on the exterior of Hotel Xena in downtown Washington, DC, watching from above as the coronavirus outbreak slowly caught the city in its grip.

"I started March 1, and the city shut down around mid-March," she said in a phone interview. "I got to see the whole city change from that very high vantage point, people were dragging their office chairs across the square to take it home, because they weren't going to come back to their office. Everyone was freaked out."

Work on "Guardians of the Four Directions" took place at the very beginning of the coronavirus outbreak and required the artist to be lifted as high as 120 feet from street level. Credit: Omar Garcia

Her work unexpectedly served as a salve. Titled "Guardians of the Four Directions," the seven-story-tall mural depicts two warrior women of color holding spears and standing firmly, like sentinels watching over the city. They are meant to represent nature, which Sadeli, who signs her works as Miss Chelove, believes is among the things that gave us a sense of peace throughout the pandemic.

"People would just tell me that they would come out to take a walk at the end of the day, to try to regain some composure and have a sense of normalcy in their life, and they would see these two strong women, and tell me how much stronger they felt after seeing this (mural) unfold during this incredibly unstable time," she recalled.

The experience encapsulates much of what is unique about street art and working on a large mural, which can be dangerous and inebriating at the same time -- particularly in a place like DC.

"Being that it is such a politically significant city, there are so many people coming through here, organizing protests. There's always something going on. It's very, very alive in that sense. But (the political district) is a distinctly separate part of the city in a lot of ways and for a lot of (non-White) communities," she said. These communities make DC one of the most diverse cities in the United States, with 14% of inhabitants either non-citizens or naturalized, and large groups of immigrants from countries such as El Salvador, Ethiopia and Guatemala.

"I'm half Indonesian; I'm also a minority and come from an immigrant background," said Sadeli, who is featured in the Washington, DC, episode of the CNN Original Series "Nomad." "One thing that's important for me to do is to sort of maintain some of these stories from the minorities and the Black, Indigenous and people of color in the area and just keep those stories alive and circulating in the street as much as I can."

Sadeli was born in Bloomington, Indiana, but moved to the DC area when she was 4. Her mother was involved in the Indonesian embassy in town, which became a way for Sadeli to express her culture and, incidentally, to get exposed to street art. "We grew up going there and on these trips, all along the road, I would see graffiti -- as a young person I was fascinated and immediately drawn to them," she said.

"In my teens, I started tagging here and there in the streets and then finally linked up with some expats from the Bronx who had moved down to the area and who taught me more about the culture, and it just stuck. I feel like it's still part of my work, although I'm not out there tagging and bombing all the time," she said. A tag is the simplest form of graffiti -- an artist's stylized signature -- and bombing means saturating an area, with tags or "throwies" (solid bubble letters using two colors).

Today, when doing street art Sadeli works mostly through grants. "Fortunately, there's a fair amount of good grant money going into public art, at least in DC," she said, adding that she's seeing the same across the nation.

After applying for a grant and winning, artists are matched with the owner of the property that will host the mural, and they create a concept together, often with input from the community. The main goal for Sadeli as an artist, she said, is to send an uplifting and positive message, which is reflected in the bold and vibrant colors that have become her signature style. It's an ethos exemplified by "She Smiles 100 Suns," a Miss Chelove mural painted on the side of Sonnie's Groceries on DC's Kennedy Street, depicting a girl among flowers and meant to evoke youth and strength.

Although the designs are carefully planned rather than improvised, the artistic process is influenced by the surrounding environment and that can seep into the work, Sadeli said.

"What's around you, who you meet informs the vibe and it can be a totally positive addition or -- perhaps if you're going through something personally -- it can detract from the quality of the work, just like any performer," she said. "Because it is a performance: What you bring to it every day and how that interacts with you, it changes everything."

Another piece, created before the pandemic and titled "You are welcome," is painted on the wall of a local clinic that has a mission to provide health care to the incarcerated and the homeless. It depicts three people of different ethnic backgrounds.

"You Are Welcome" (2018), outside Unity Health Care in Columbia Heights, a mural reflecting the multicultural patients of the clinic and a message to them. Credit: Miss Chelove

"That building is in a very ethnic part of the city, Columbia Heights. That space actually became a place for people to gather during COVID, but right before, immigrants weren't coming to the clinic when they were sick because they were afraid that ICE would get them. In the grandmother's shawl you see "Welcome" in five different languages -- that's meant to really connect with these communities. To let them know this is a space for them," she said.

"Seasons collection" (2021), a series of installations for Signal House in the Union Market neighborhood of Washington, DC. Credit: Miss Chelove

Local communities soon create a bond with these murals, Sadeli observed. "People get really attached to the work. If something happens to it, they get upset. They feel an ownership and I think that's the greatest part of doing this work, something I wouldn't trade for any position in a gallery, where only a certain segment of the population can really access your work," she

Timeline of the Uvalde school shooting, according to officials

Remember when Robin Williams threw on a set of rock hard abs?

Emma Stone is selling her cliffside Malibu home and it's going for a cool $4.3 ...

Remember when Robin Williams threw on a set of rock hard abs? 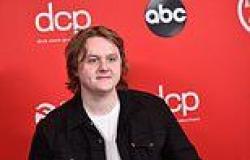