Sunday 22 May 2022 03:25 AM Australia election results: Anthony Albanese may take a hard-turn Left with ... trends now 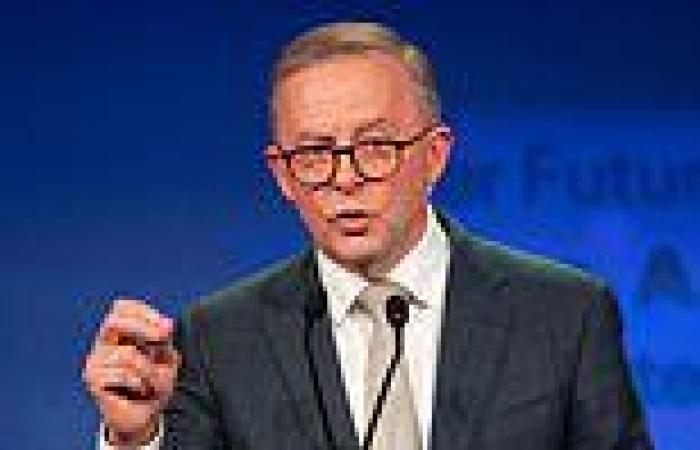 Sunday 22 May 2022 03:25 AM Australia election results: Anthony Albanese may take a hard-turn Left with ... trends now

Australia's next government will lurch to the left under influence from the Greens and climate-conscious independents after Labor won the election with its lowest primary vote since 1910, according to Nationals senator Matt Canavan and conservative commentators.

Labor looks on track to form a narrow majority in the lower house to avoid relying on support from the Greens and the so-called 'teal' independents to form government.

But the ALP will definitely need backing from the Greens and possibly teal independent David Pocock or Jacqui Lambie to pass its laws through the senate. 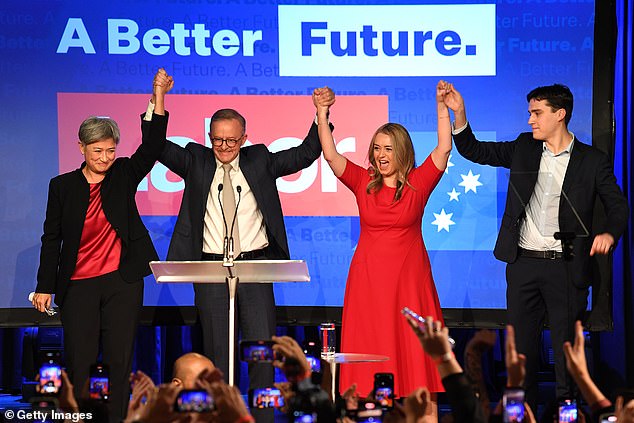 This has led Senator Canavan to brand the new government 'woke', meaning it will be excessively sensitive to social issues such as race, gender, sexuality and climate change.

In a sign this may will ring true, Mr Albanese dedicated a large part of his victory speech to his plan to allow Aboriginal people to provide advice to Parliament rather than focussing on the cost of living crisis affecting battling Aussies.

Amid a huge boost in votes for the Greens and independents, Labor secured a primary vote of only 32.8 per cent, below the Coalition's 35.4 per cent, and its lowest for decades.

'I've woken up with a positive frame of mind because this Labor Government has been elected on the lowest primary vote the Labor Party has ever received since 1910,' Senator Canavan told Sky News on Sunday morning after he was re-elected to the Queensland senate.

You go woke, you go broke so let's just sit back and get the popcorn out

Matt Canavan on the new government

'They're going to be beholden to the teals to the left, in the senate to the Greens, so it's going to be a Labor, Green, Bandt, teal government, an LGBT government,' he said referring to Greens leader Adam Bandt.

Senator Canavan said this combination would be unpopular with mainstream Australia and hoped the Coalition would win power back in three years.

'You go woke, you go broke so let's just sit back and get the popcorn out,' he said.

Conservative business commentator Terry McCrann also said the country would lurch to the left under a Labor-Greens alliance.

'Be really afraid, if Labor actually gets a majority in the Senate in combination with the Greens and perhaps two Jackie Lambie senators,' he wrote in the Herald Sun.

'That would see a Labor agenda super-charged by the most extreme Dark Green lunacies pass straight through both houses and into law.' 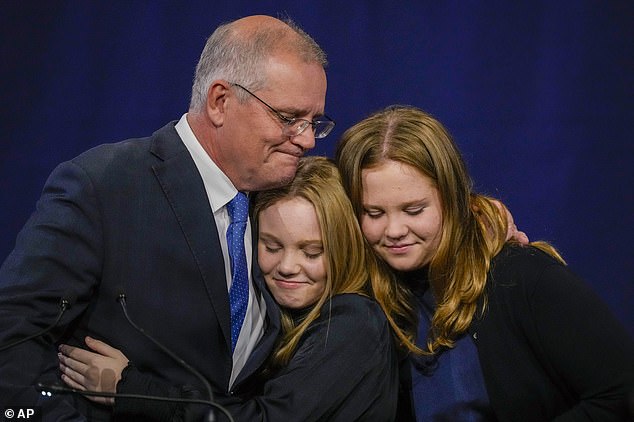 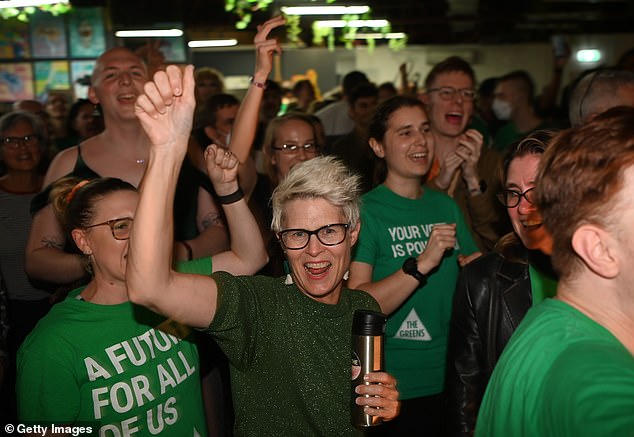 The Greens want to ban all new coal and gas projects, legalise cannabis, wipe student debt and massively raise the minimum wage to $57,264 per year, up from $40,175.

Nationals leader Barnaby Joyce warned about the danger of a Greens-Labor partnership.

'I hope they don't put regional Australia projects to the sword. We have fought because we need to make Australia a fair place, we need to have an expanse of investment across our nation, we need to invest where we make money,' he said.

He also lamented that the Coalition has become less diverse after high-profile members lost their seats in the Liberal bloodbath.

'They have removed the Indigenous Affairs Minister, three openly gay people, an Asian member of Parliament, is that what they wanted to achieve? Is that success for them, is it,' he said. 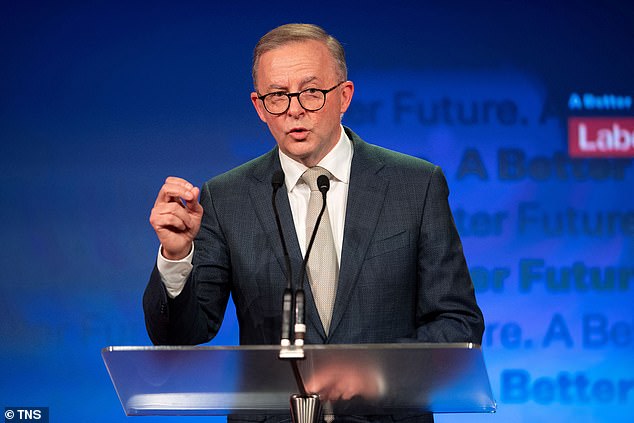 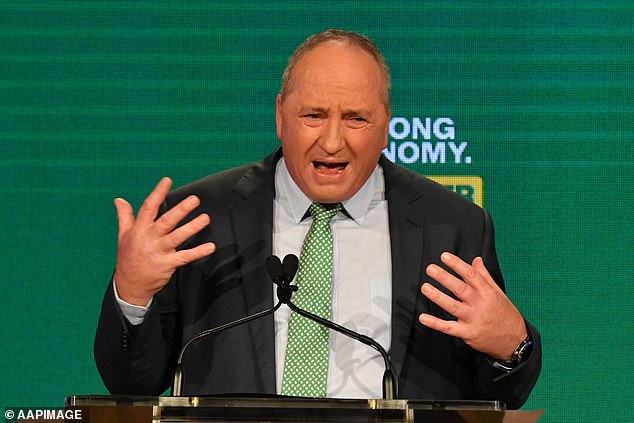 Mr Albanese won the election on a 'small target' strategy by proposing no major tax changes.

His most expensive policy is to make childcare cheaper, costing $5.4billion over four years.

But outgoing PM Scott Morrison warned Labor would lurch the left in Government and tax and spend more.

Mr Albanese - who was raised in housing commission by a single mother on benefits - is from the Left of the Labor Party.

In his younger years he spoke out against the privatisation of companies and advocated an inheritance tax.

The 59-year-old now presents himself as a mainstream centrist but Mr Morrison does not buy his change of heart. 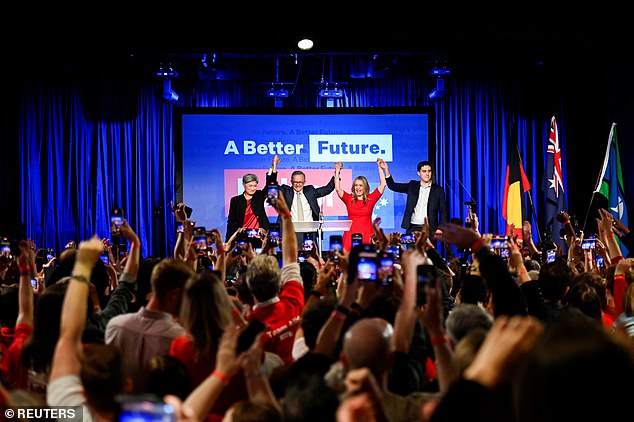 'I don't believe Antony Albanese has changed at all,' he told Daily Mail Australia.

'I think he's the same Tory-fighting leftie that he's always been. My observation is that what's always motivated him is political struggle.'

Mr Morrison said Labor is filled with 'fantastical visions' about how to reform the economy but 'always stuff it up'.

'It's like they don't trust Australians with their choices, that they have to make them for them. And I've always found that quite elitist and quite arrogant,' he said.

The Prime Minister also warned 'militant unions' who fund the Labor Party would 'have a much stronger say in how our government is run'.

The Greens picked up 12.3 per cent of the primary vote, with Clive Palmer's United Australia Party garnering 4.4 per cent.

Independents scored 5.9 per cent of the vote, with Pauline Hanson's One Nation reaping 5.1 per cent.

Labor's policies include a plan to force companies to reveal how much they pay men and women.

Mr Albanese has also pledged to lobby the Fair Work Commission to raise the minimum wage by more than the 5.1 per cent inflation rate.

Other key policies include help free TAFE places, greener energy and introducing an indigenous voice in Parliament, in line with the Uluru Statement from the Heart. 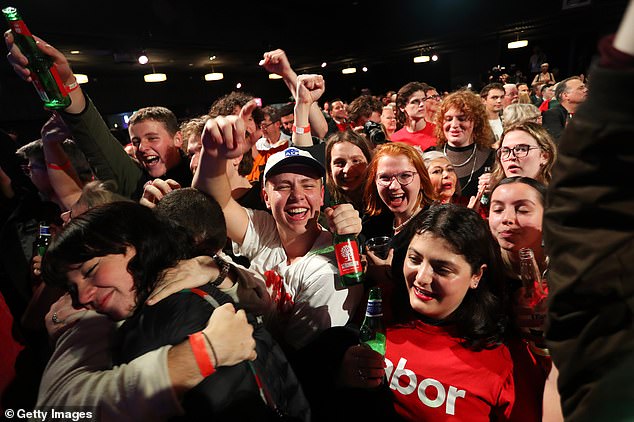 Mr Albanese revealed the full costings of his policy plans just two days before the election, announcing his government would deliver a deficit $7.4 billion bigger than the Coalition with a raft of bigger spending policies.

'I have shared the true principles that will drive the government that I lead,' Mr Albanese said in his victory speech.

'No one left behind because we should always look after the disadvantaged and the vulnerable.'

Mr Albanese's victory over Mr Morrison and the Liberal Party means his policies will now become reality - so long as he can get them through the new Senate.

Below, Daily Mail Australia takes a look at the prime minister-elect's vision for the future of Australia - and the major policies he will be focusing upon. 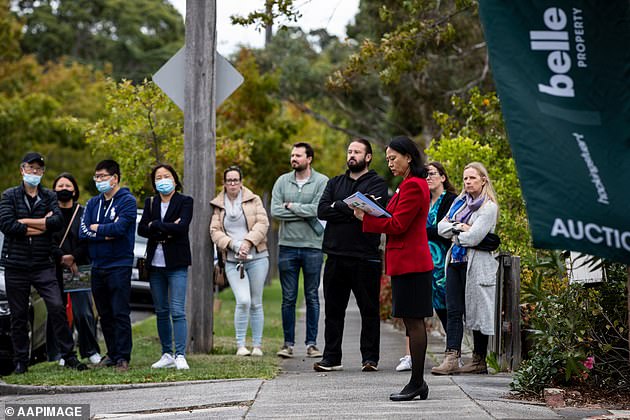 Labor has proposed a 'help to buy' scheme which would see the government take a 40 per cent stake in up to 10,000 homes a year to help people earning less than $90,000 on to the property ladder (pictured is an auction in Melbourne)

Labor will introduce a 'Help to Buy' scheme where the government would take a 40 per cent stake in up to 10,000 homes a year to help people earning less than $90,000 on to the property ladder.

One of Labor's most significant policies is to increase childcare subsidies for all families earning less than $530,000.

'We can write universal childcare into that proud tradition,' Mr Albanese told supporters.

A family on $189,390 that uses childcare five days a week would instead get $21,608 in subsidies, more than double the current allowance.

Lower income families would also benefit from increased subsidies. For example, a family taking home $80,000 a year would get an extra $2,389 a year for full-time care.

Labor will also launch a review into providing a 90 per cent universal childcare subsidy. 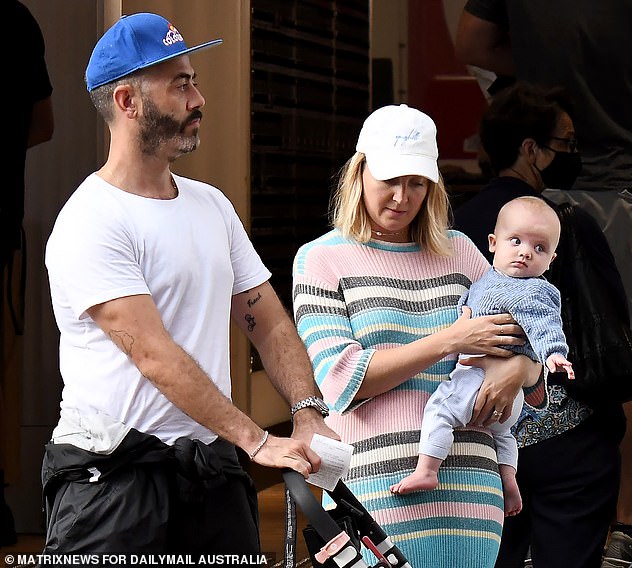 One of Labor's most significant policies is to increase childcare subsidies for all families earning less than $530,000. The Coalition has increased the subsidy by 30 per cent for second and subsequent children

The move mostly benefits those earning more than $120,000, who are now still taxed at 37 per cent.

Mr Albanese talked about Labor as the party of opportunity, using the language of self improvement over class warfare in his speech.

'But also no one held back: of course, we should always support aspiration and opportunity,' he said. 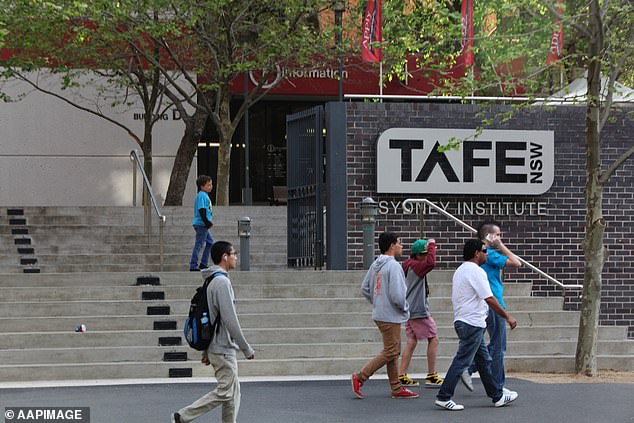 Labor will provide 465,000 free TAFE places and 20,000 extra university places under a $1.2 billion plan (pictured is a Sydney campus)

PREV Sunday 19 June 2022 03:43 AM Uvalde cops didn't try to open classroom door, video reportedly shows trends now
NEXT ‘You find a way to live with it’: Camilla opens up on public criticism mogaznewsen 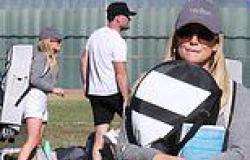 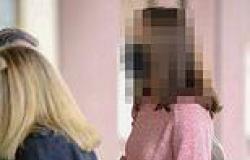 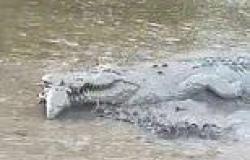 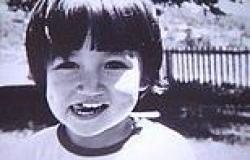 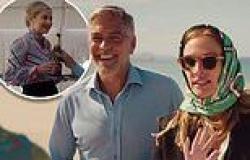