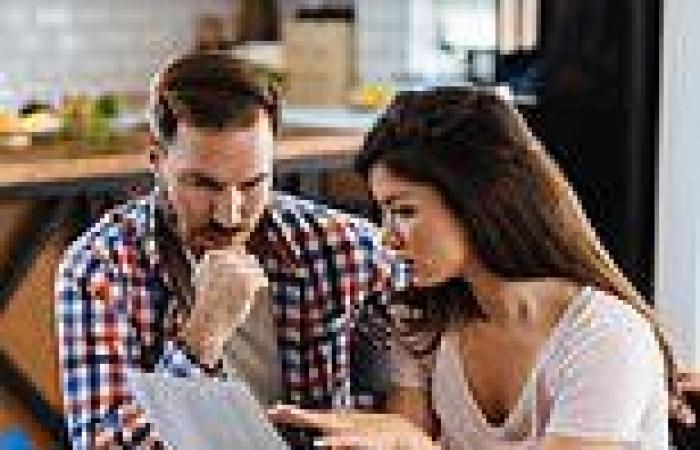 Australians are facing more cost of living pressure after interest rates were hiked again - but the new Labor government is promising relief in its October Budget.

The Reserve Bank of Australia increased the cash rate from 0.35 per cent to 0.85 per cent following a monthly meeting on Tuesday.

It was the biggest rate rise since February 2000 and the second since inflation hit 5.1 per cent in the March quarter - with economists predicting this will be revised upwards again in the June quarter as power, food and fuel continue to soar.

Hours later Westpac became the first of the Big Four banks to pass on the rate hike in full - announcing a rise in home loan variable interest rates by 0.50 per cent per annum for new and existing customers from June 21. 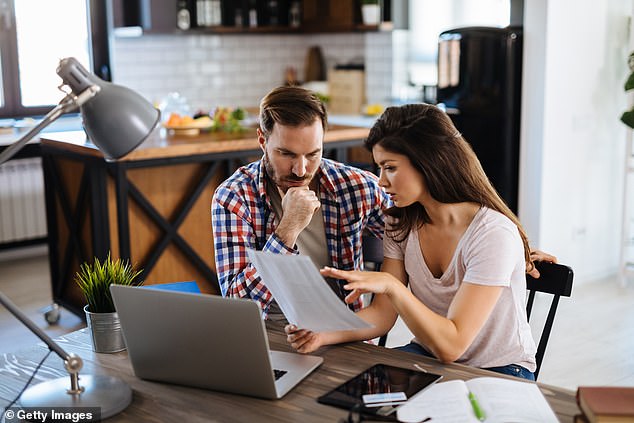 The Reserve Bank of Australia increased the cash rate from 0.35 per cent to 0.85 per cent following a monthly meeting on Tuesday (stock image)

After the RBA announcement, Treasurer Jim Chalmers said Aussies with an average mortgage with $330,000 remaining will need to pay an extra $87 more a month.

'This will be very difficult news for all of those Australians who are already facing skyrocketing costs of living in this country,' Dr Chalmers said.

The Treasurer said the government was aware that Aussies are struggling and would deliver cost of living relief in the October Budget.

'I will hand down a budget in October and a key part of that will be a cost of living package around childcare and medicines, trying to get power bills down, over time, trying to get real wages growing again,' he said.

But the biggest issue facing the government is the soaring price of power.

The issue is so pressing that Labor's Resources Minister Madeleine King said the nation urgently needs to get more coal power plants back online 'because that is the missing piece in the puzzle right now'.

'There's been unplanned outages for many reasons; many beyond the control of those operators and I do accept that, but I hope they are doing their level best to make sure this power source comes online as well,' Ms King told ABC Radio.

Her call for more coal comes after Labor spent six weeks talking up its climate change ambitions throughout the election campaign.

Labor has a plan to increase childcare subsidies for every family earning less than $530,000 and reduce the maximum cost of drug scripts from $42.50 to $30.

It also claims it can bring down power bills by $275 a year - but that's not until 2025 with massive investments in renewable energy.

Employment minister Tony Burke said the government is not ruling out subsidising the rising cost of electricity with cash handouts.

With Europe also gripped by soaring costs after Russia's invasion of Ukraine, the UK Government announced it would give all homes a one-off $690 (£400) power bill credit in October.

Asked if the Australian government would consider a similar measure, Mr Burke told ABC radio: 'We're not ruling anything in or out at the moment.

However, Dr Chalmers has said it's unlikely the 22cents-a-litre-fuel duty cut will be extended beyond September 28.

This means fuel will go up by 22 cents after that date.

How much more will YOU have to pay on your home loan?

Data based on variable rate increasing from 3.11 per cent to 3.61 per cent 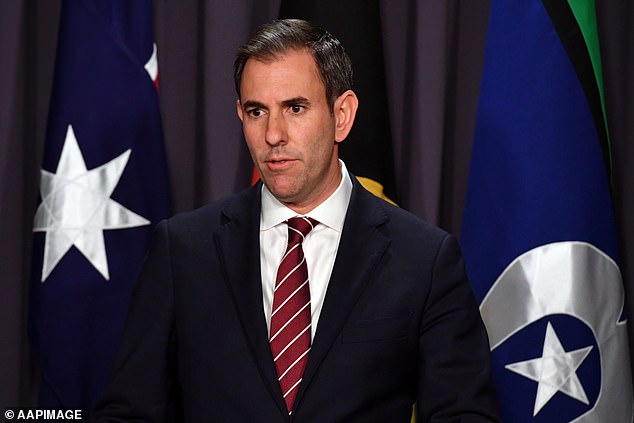 After the announcement, Treasurer Jim Chalmers (pictured) said Aussies with an average mortgage with $330,000 remaining will need to pay an extra $87 more a month

In the meantime, the interest rate hike will not only affect homeowners.

It could also push up rents as landlords who have taken out mortgages to invest in property try to re-coup their higher payments.

'Not enough to crunch them but investors will want to try to offset the impact of rate rises on their cash flow.'

However, the main driver of rent increases is high demand which is seen in the form of low vacancy rates.

The national vacancy rate dropped to just 1.1 per cent in April, giving landlords the upper hand.

Rent has already increased 13.3 per cent in the year to May 12 across the nation, according to SQM Research.

How much you could be paying on your loan in 2023?

How much extra you could be paying by Christmas?

Data is based the Reserve Bank of Australia raising the cash rate to 1.75 per cent by the end of 2022, inline with expectations.

How much extra you could be paying by the end of 2023? 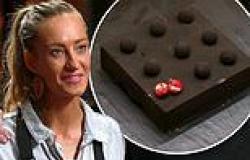 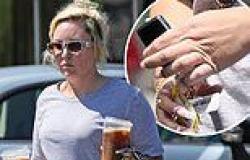 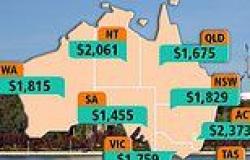 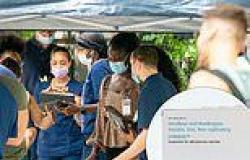