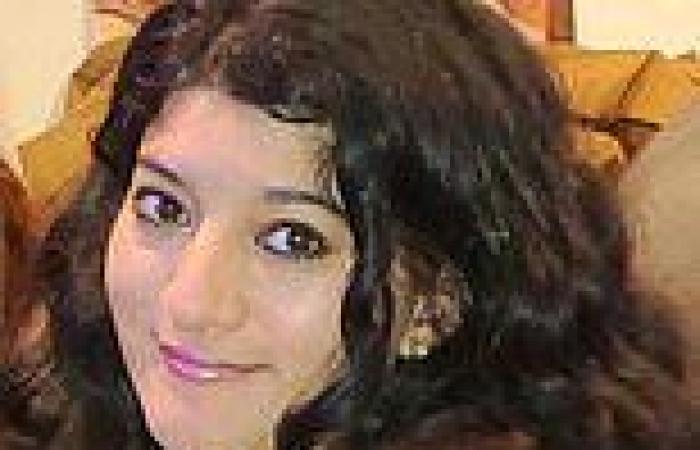 The heartbroken relatives of a law graduate who was ambushed and beaten to death in an 'opportunist stranger attack' spoke of their anguish today.

Zara Aleena, 35, died from severe head injuries after she was attacked in the street while walking home from a night out with friends in the early hours of Sunday.

Miss Aleena's cousin described her as a 'bubbly, high-empathy person' and said the family were devastated.

And police announced today that a man, 29, was arrested on suspicion of her murder

Local MP Sam Tarry said the murder was a 'random attack' and also tried to assure the public that there will be a 'flood of police on the streets'.

Mayor of London Sadiq Khan also said he was 'heartbroken' by the death of Zara. 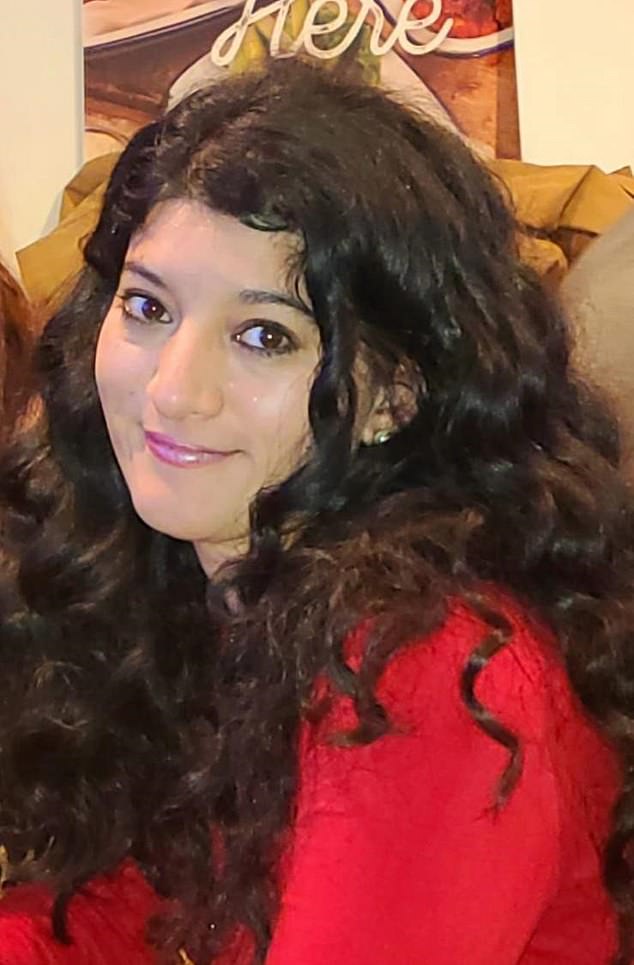 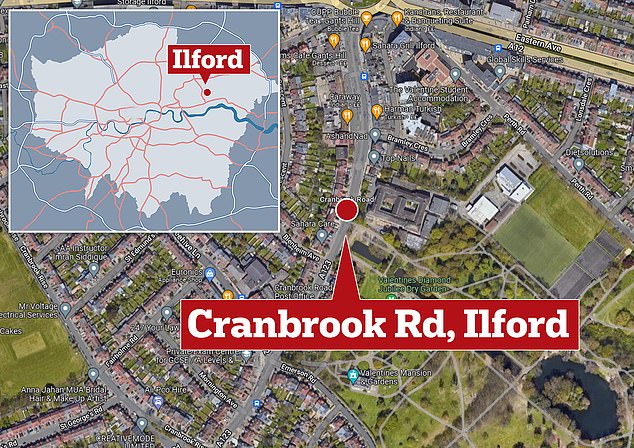 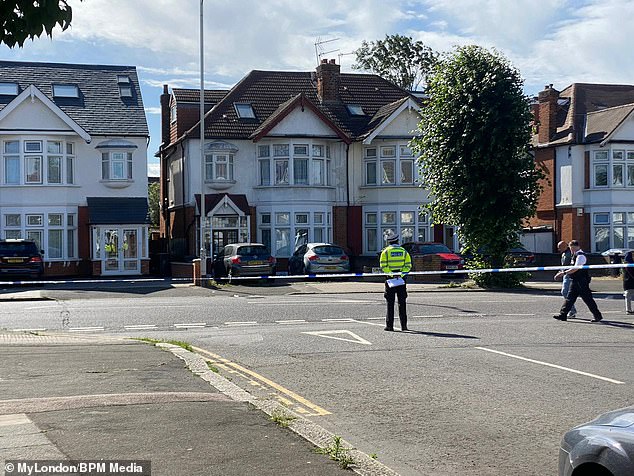 Miss Aleena had been working at the Royal Courts of Justice as an administration officer while she sought a trainee solicitor role that would allow her to embark on a legal career, said her cousin, who asked not to be named.

'She was a lovely person,' he added. 'It's such a shock for the family. She wanted to become a lawyer, to make a success of herself so she could support the family.

'She was always bubbly, brought life to the room, a warm, high-empathy person. She looked after her mum and her gran and was a very family-oriented person.'

Nadia added that she could not understand why she had decided to walk home rather than get a taxi.

'She probably thought it was nearby and… nothing like that has ever happened here – that is probably why,' she added.

'She wanted to borrow some heels and some mascara from me that night, but I couldn't answer my phone as I was busy.

'She was a gentle soul, she wouldn't hurt a fly. She just passed her law degree and was working in central London. She wanted to become a lawyer so she could provide for herself and her family.'

One man, who knew her and asked to remain anonymous, said: 'It's such a shock, she was such a lovely person. She used to look after the old folks who lived down the road.

'We are going round to help her parents at this terrible time. Her parents are elderly and very upset at the moment, so they are too upset to talk right now.'

Another neighbour, who also did not want to be named, added: 'I knew of her [Zara Aleena], but didn't know her well because I've been bed-bound for 10 years.

'She used to look after an elderly woman next door. It' so sad because she was so young.'

Another man added: 'Just recently she came to remove some bricks from my skip. I can't believe that's the same person. She just finished law school.'

London Ambulance, who called the police at 2.44am to the scene, took Ms Aleena to hospital where she later died.

Her family have been informed of her death after she was ambushed and brutally attacked by the stranger while walking in the direction of Gants Hill Station and the high street.

Zara, who lived near to where she was found, died of multiple injuries but police said that no weapons have been found yet as they continued with the probe.

Today in a statement, Chief Supt Stuart Bell described the murder as 'tragic' and said a full investigation was underway.

And local MP Sam Tarry said the murder was 'something out of the ordinary' for his constituents.

Speaking at Ilford Police Station, he said: 'I can confirm that pending formal identification that we believe the victim to be a local 35 year old woman named Zara Aleena.

'At 02:44 am on Sunday, 26 June, Met officers were called by London Ambulance Service to a seriously injured woman found by members of the public in Cranbrook Road, Ilford.

'The woman, who we believe to be Zara, had suffered serious head injuries and despite the best efforts of paramedics and doctors in hospital, she died later on Sunday morning.

'Zara, who lived locally, was walking along Cranbrook Road in the direction of Gants Hill Station when she was assaulted

'It is now believed that she was the victim of an attack by a stranger.

'Her family are aware of this and as the investigation progresses they will continue to be updated and supported.

'A special post mortem has been completed. Zara suffered multiple serious injuries that contributed to her death.

'There is no evidence at this time that weapons were used during the attack.'

He added: 'We are keeping Zara's family up to date with our progress and my heartfelt condolences are with them at this terrible time.

'They are being supported by specialist officers - but I cannot imagine the pain they must be feeling.

'Resources from across the Met are being drawn upon to help us identify whoever is responsible and the murder investigation is developing quickly.

'Our priority is to catch the perpetrator as soon as possible and for that reason there are some aspects of the investigation I won't be commenting on in detail.

'Since the attack, officers have worked every hour to determine more about the circumstances - we are determined to catch the person responsible.' 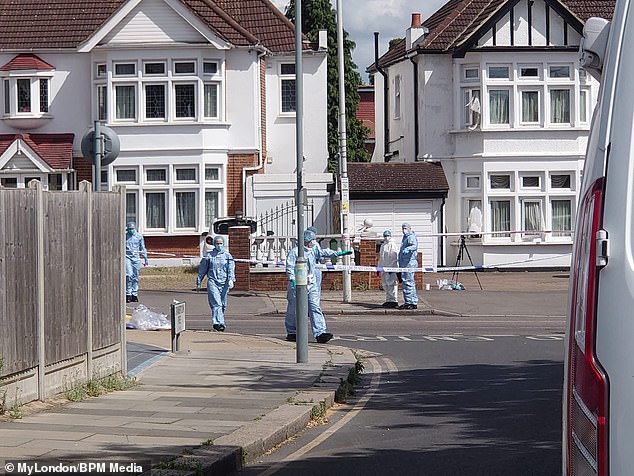 Police continue to work in Cranbrook Road, Redbridge, after Zara Aleena was murdered on Sunday morning

He said that a full forensic examination 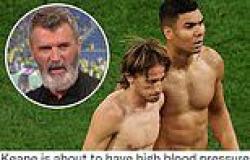 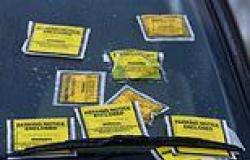 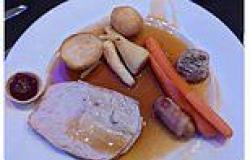 Is this Britain's most MISERABLE Xmas dinner? Moribund mix of turkey, veg with ... trends now 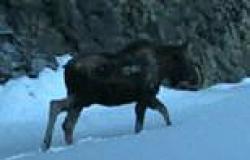