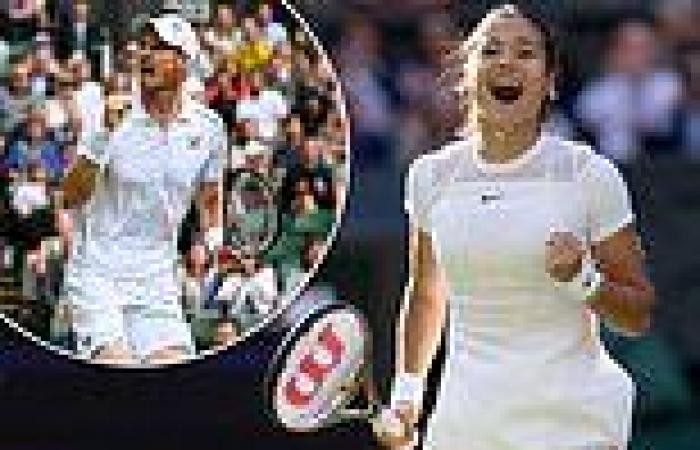 For all the big fat corporate contracts, Vogue fashion shoots, film premieres and the MBE, there was still an endearing touch of the disbelieving Bromley schoolgirl yesterday as Britain's number one savoured her first win on Centre Court at Wimbledon.

Emma Raducanu jumped up and down with excitement and shook the umpire's hand. Then she ran back on court again to skip a full 360-degree jig of joy.

It was the sort of reaction you might expect from someone who had just won a tournament, not from a reigning Grand Slam champion after squeezing through to the second round. 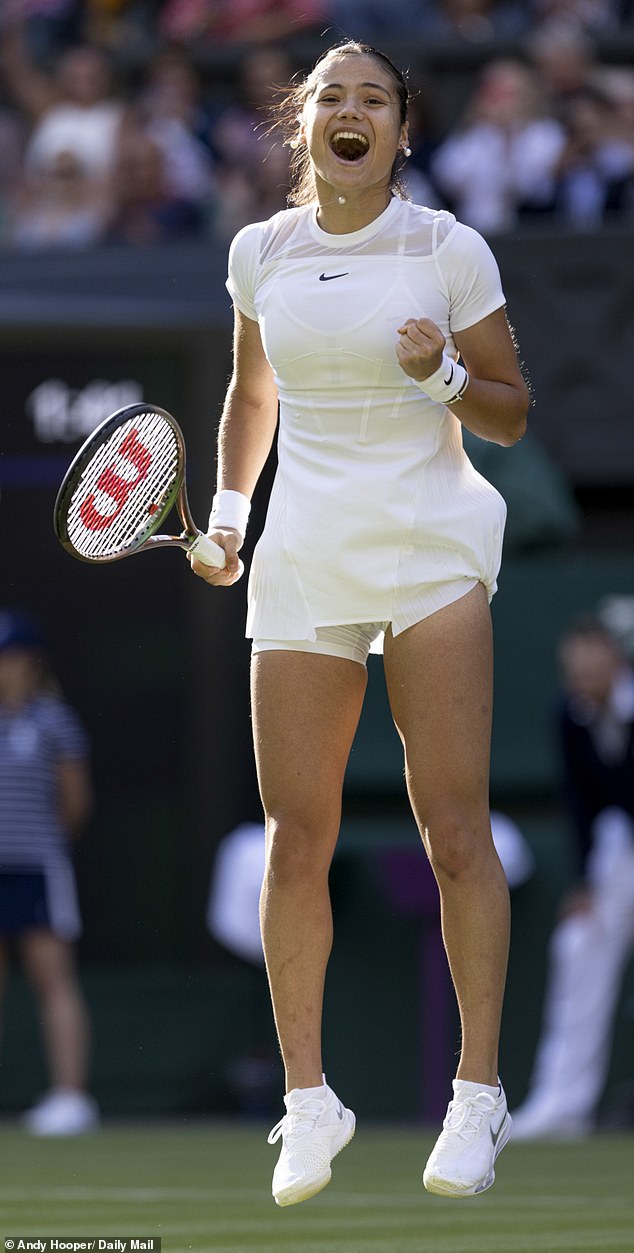 The 19-year-old celebrated her return to Wimbledon in style, jumping up and down with joy as she won her match in straight sets on her centre court debut 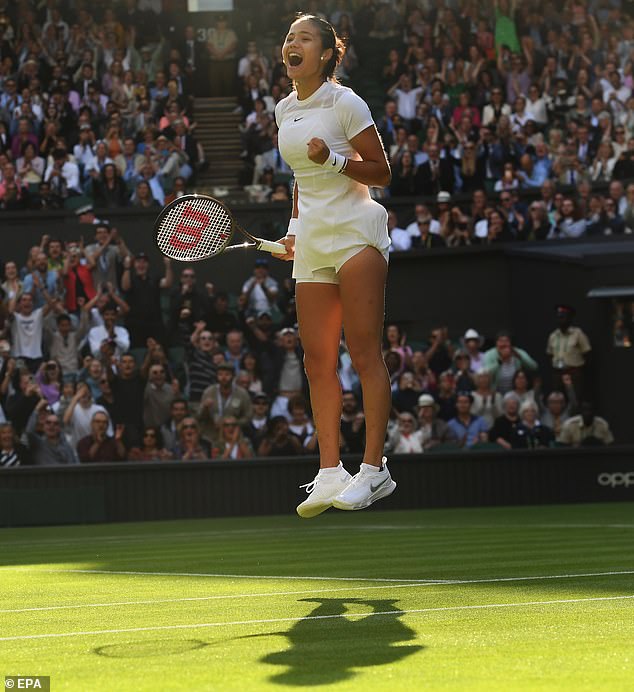 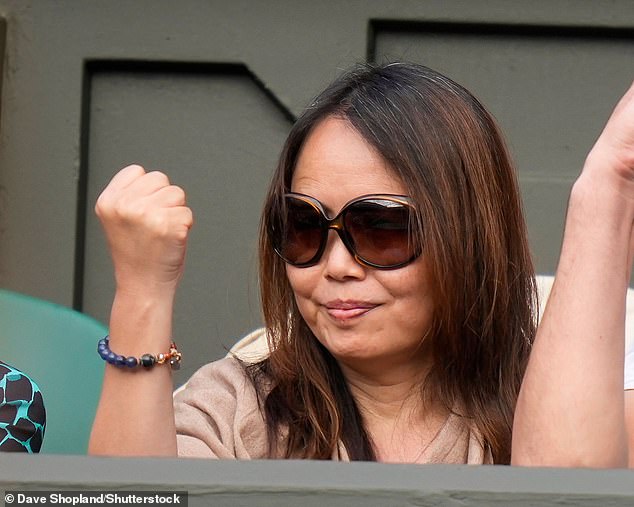 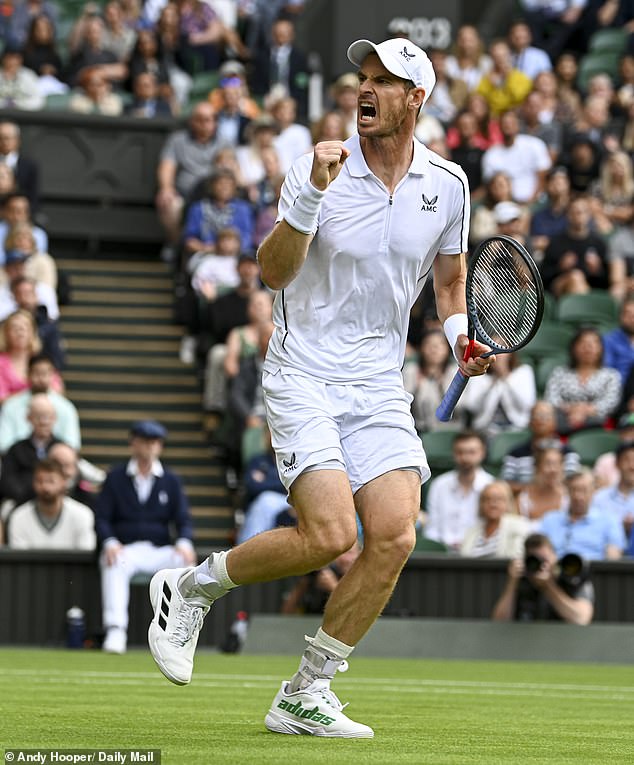 Her sentiment was replicated right around the All England Club among the crowds celebrating the first proper day of the first full Wimbledon tournament in three years.

Early rains had moved on, trains were running and Britain could at long last pin its Wimbledon hopes on someone other than Sir Andy Murray.

However, the fact that this was also Emma's first appearance on Centre Court was a reminder of the extraordinary twists in the very brief Raducanu story so far.

This time last year, she was a rank outsider awaiting her A-level results. Three months later, she was lifting the trophy at the US Open and being congratulated by the Queen.

However, Covid and a string of low-level injuries have sought to spoil the fairy tale. This year opened with a series of defeats followed by her withdrawal from the usual Wimbledon warm-up at Eastbourne.

So a great deal was riding on yesterday's first-round clash with Belgium's Alison Van Uytvanck – by common consent a very tough opponent.

At the outset, I talked to the crowd in front of the giant screen on what they used to call Henman Hill. An astonishing number of people had abandoned plum seats on Court 1 to come out and follow Emma on telly from the grassy slope.

Brighton accountant Lynn Lashbrook and her mother were among them. 'I couldn't not watch her game,' said Lynn. 'I'm just worried she'll put too much pressure on herself.'

Taking my seat at Centre Court, I noticed that as the crowd got noisier, so did

These Chic, 3D Handbags Are Mesmerizing — & Practical Enough For Everyday Use fashion 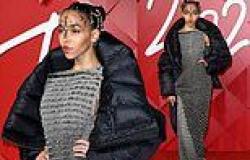