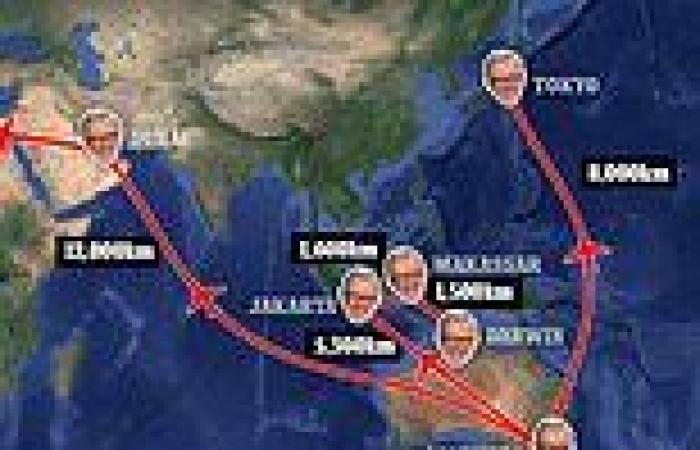 Anthony Albanese has already travelled over 43,000km overseas less than six weeks since winning the May 21 election.

The Prime Minister set the tone for his jet-setting premiership on his first day in office when he flew to Tokyo just hours after being sworn in on May 23.

He later visited Indonesia to meet president Joko Widodo and is now in Madrid as a guest of a NATO meeting before a trip to Paris to meet President Macron.

Mr Albanese's travels so far have taken him to two continents - Asia and Europe.

Labor's last Prime Minister, Kevin Rudd, was also known for his jet setting ways and copped the nickname Kevin 747 for his string of VIP flights around the world after his election in 2007. 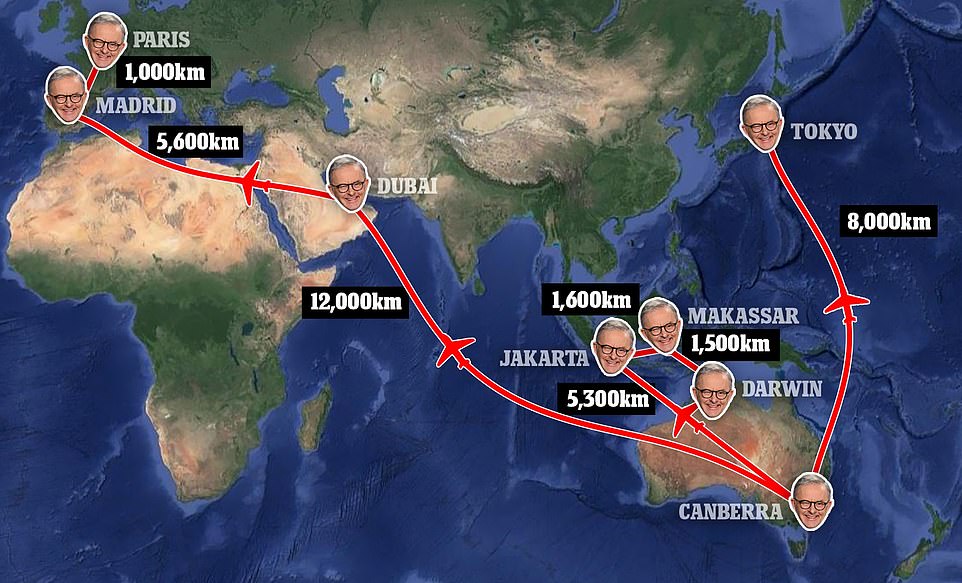 Anthony Albanese has already travelled over 43,000km overseas less than six weeks since winning the May 21 election. He has been to Tokyo, Indonesia, Dubai and Spain

The 79-year-old US President, who famously fell asleep during the COP26 climate summit in Glasgow last year, was impressed that Mr Albanese seemed so alert just after the election campaign, saying: 'If you fall asleep while you're here, it's OK'.

Mr Albanese assured the leaders that Australia's commitment to the Quad remained steadfast despite the change in government.

'We have had a change of government in Australia, but Australia's commitment to the Quad has not changed and will not change,' he said. 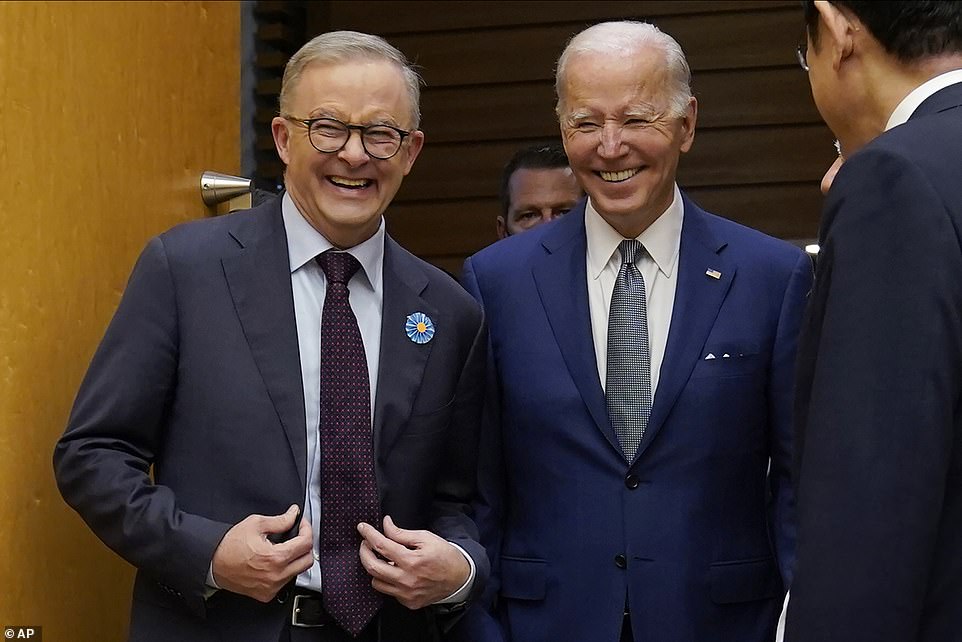 On June 5 Mr Albanese made his first bilateral overseas visit to Australia's neighbour Indonesia, best know to Aussies for the holiday island of Bali.

The nation of 273million people is developing rapidly and Australia wants to improve market access for its exports as a way of diversifying from China.

Mr Albanese met President Widodo and the pair took a bike ride around his palace grounds.

Despite wobbling and later complaining the pace was too slow, he said he greatly appreciated the ride and even took the bike he used back to Australia. 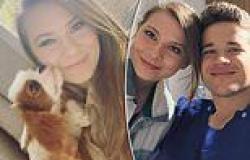