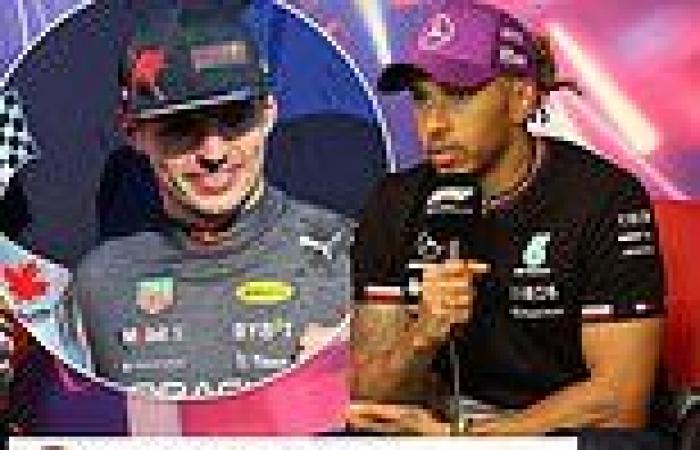 Max Verstappen has been criticised by outraged Formula One fans after he has remained silent over his partner's father Nelson Piquet using the N-word to describe Sir Lewis Hamilton in an interview.

Piquet used the derogatory Portuguese phrase 'neguinho' while referring to the seven-time world champion on a podcast with the Brazilian publication Motorsport Talks in November last year.

The 69-year-old, who won the world title in 1981, 83 and 87, had been discussing the collision between Hamilton and Max Verstappen on the first lap of last year's British Grand Prix.

Piquet recorded the interview in Portuguese and the footage was uploaded onto YouTube in March. It was translated into English after gaining traction on social media on Monday, ahead of the first anniversary of the crash.

The former driver - whose daughter Kelly Piquet, 33, is dating Verstappen - had suggested Hamilton pushed Verstappen off the track on purpose, ending his race.

He said: 'The neguinho put the car in the wrong way and didn't let [the other driver swerve].'

Hamilton hit back, writing 'Imagine' next to a tweet which said, 'what if Lewis Hamilton just tweeted, 'Who the f*** is Nelson Piquet?'

The 37-year-old added: 'It's more than language. These are archaic mindsets need to change and have no place in our sport. I've been surrounded by these attitudes and targeted my whole life. There has been plenty of time to learn. Time has come for action.'

However F1 racing fans have been left furious by the 'deafening silence' from Red Bull, Verstappen, and Christian Horner - the Team Principal of the Red Bull Formula One team.

One user, Joey M, wrote: 'Max Verstappen is very quiet on here today. His silence gives us an indication of the type of person he is.'

It comes as the former world champion Piquet has been warned that he could face a ban from Formula One if he doesn't publicly apologise to Hamilton following the comments. 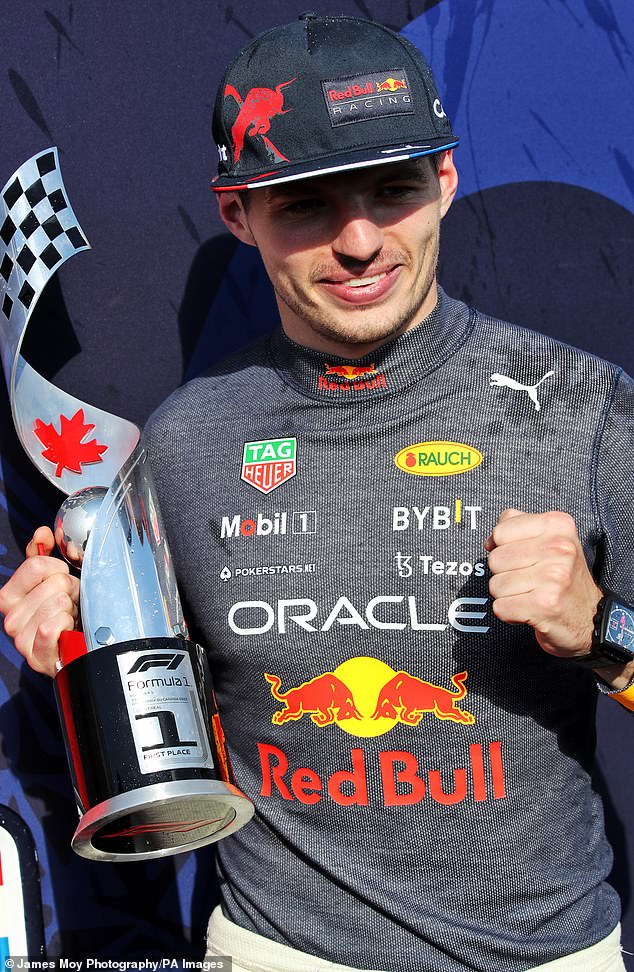 F1 racing fans have been left furious by the 'deafening silence' from Red Bull, Verstappen, and Christian Horner - the Team Principal of the Red Bull Formula One team 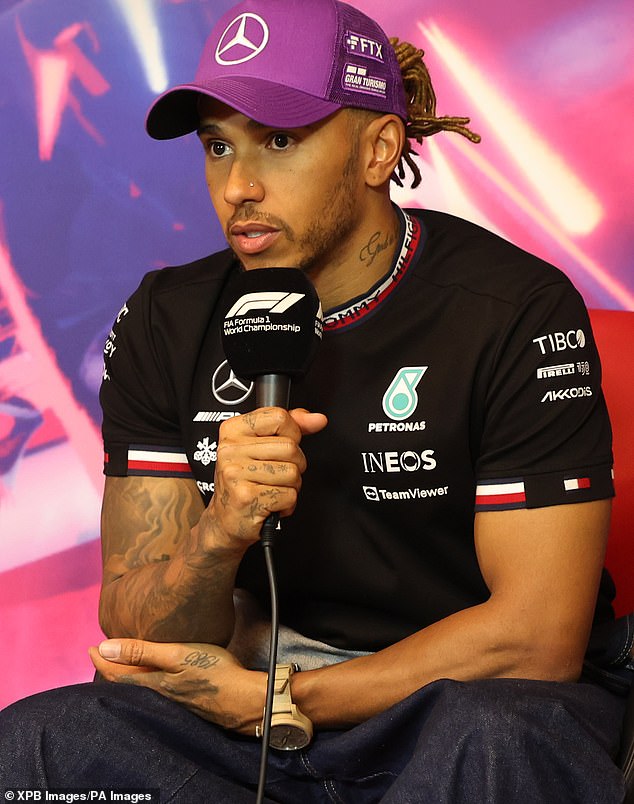 Following the comments, Hamilton hit back, writing 'Imagine' next to a tweet which said, 'what if Lewis Hamilton just tweeted, 'Who the f*** is Nelson Piquet?' 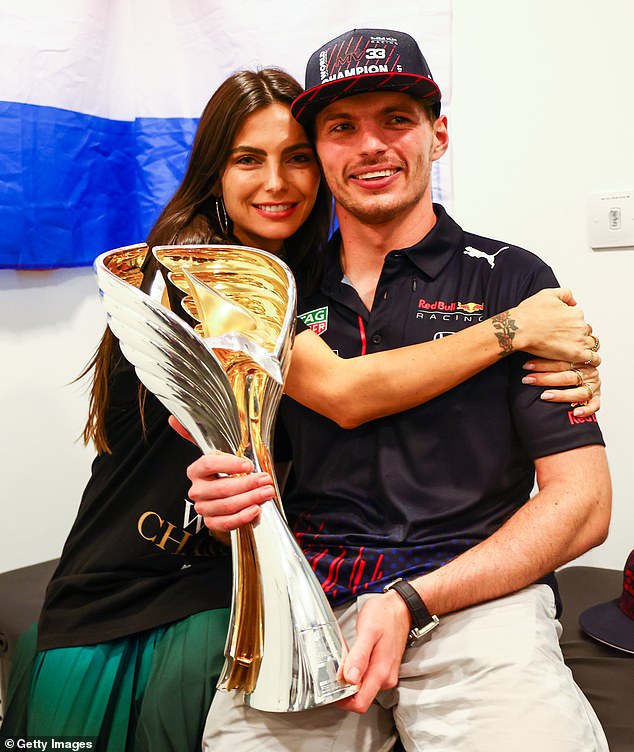 Piquets daughter Kelly, pictured after the Abi Dhabi Grand Prix last year, is dating Dutch driver Max Verstappen. He described the incident as a 'joke' on the podcast, and said that Hamilton had been 'lucky' that Verstappen only crashed

Another fan took to Twitter and wrote: 'Very quiet from the world champion who will be leading the brand going forward. [He's] clearly okay with racism in the sport'.

Will Pawson also tweeted: 'The silence from Max Verstappen is deafening.'

Supporters of Piquet on social media insisted his interview had been misinterpreted and argued the word was a commonly used slang term.

However following the comments, F1 aces Charles Leclerc, Esteban Ocon and Zhou Guanyu have leapt to Hamilton's support and praised his 'values' on and off the track.

Leclerc wrote: 'Knowing Lewis since I arrived in Formula One, he has always been extremely respectful to me and everyone that he meets. Those values should be the standard towards anybody around the world. 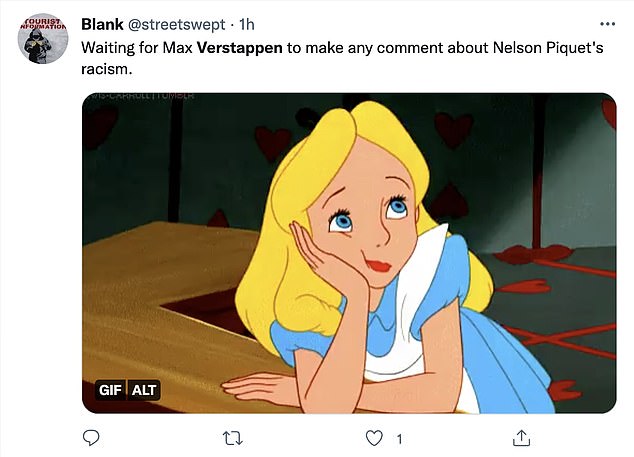 'The comments made towards Lewis should not be tolerated, and we should continue to push for a more diverse and inclusive sport. We need to remove discriminatory behaviour and racist language in any form - from not just our sport, but society as well.'

Esteban Ocon also put out a statement condemning racism and said Hamilton is 'always genuine and respectful with everyone around him.'

'All racist or discriminatory language has absolutely no part in our sport and our society. Enough is enough. I've worked and spent time with Lewis over the years and know the kind of person he is. Always genuine and respectful with everyone around him. He 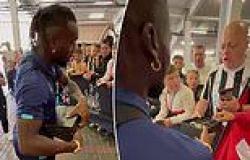 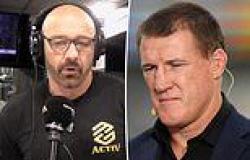 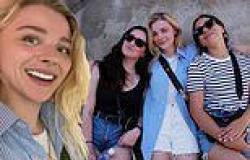 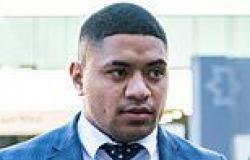