Teenage brothers who shattered the skull of a former care worker as he tried to protect a schoolboy have been named for the first time after a judge lifted reporting restrictions.

Archie and George Tilley were jailed for 12 years each after they battered former carer Alan Willson with a 3ft wooden log in a park on Easter Sunday last year following a row over a frisbee.

Mr Wilson, 47, was left with 'significant life-changing brain injuries', lung trauma, and broken bones when he ran to the aid of an 11-year-old, Lewes Crown Court heard.

The judge said he was left bloodied, incapacitated and on the ground in the aftermath of the remorseless attack.

Police were called to Whitebeam Road in Worthing at around 19.30pm on April 4, last year after Mr Willson was found injured in the street following the vicious assault in nearby Longcroft Park.

He was taken to the Royal Sussex County Hospital in Brighton where he had brain surgery. After three months in hospital his rehabilitation is now continuing at home.

George Tilley was 13 and Archie 14 when they attacked Mr Willson with a force Judge Christine Henson QC described as 'beyond the comprehension of most people'.

George Tilley, who will turn 15 next week, and his brother Archie, now 16, were told they are a significant danger to the public.

The brothers showed no emotion when they were handed nine year custodial sentences. A three year extended licence was added by the judge following an assessment of their dangerousness.

Harry Furlong, 18, of Horsham joined the pair in the dock and was jailed for 20 months for his part in beating of Mr Willson.

Following an application by News UK, the teenage boy's identities can now be revealed to the public.

Lifting the reporting restriction on identifying the Tilleys, Judge Henson said it was just luck Mr Willson had not been killed.

'Lifting the restriction would have no or little impact on the rehabilitation process. I am satisfied it is now in the interests of justice to lift the restriction,' Judge Henson said. 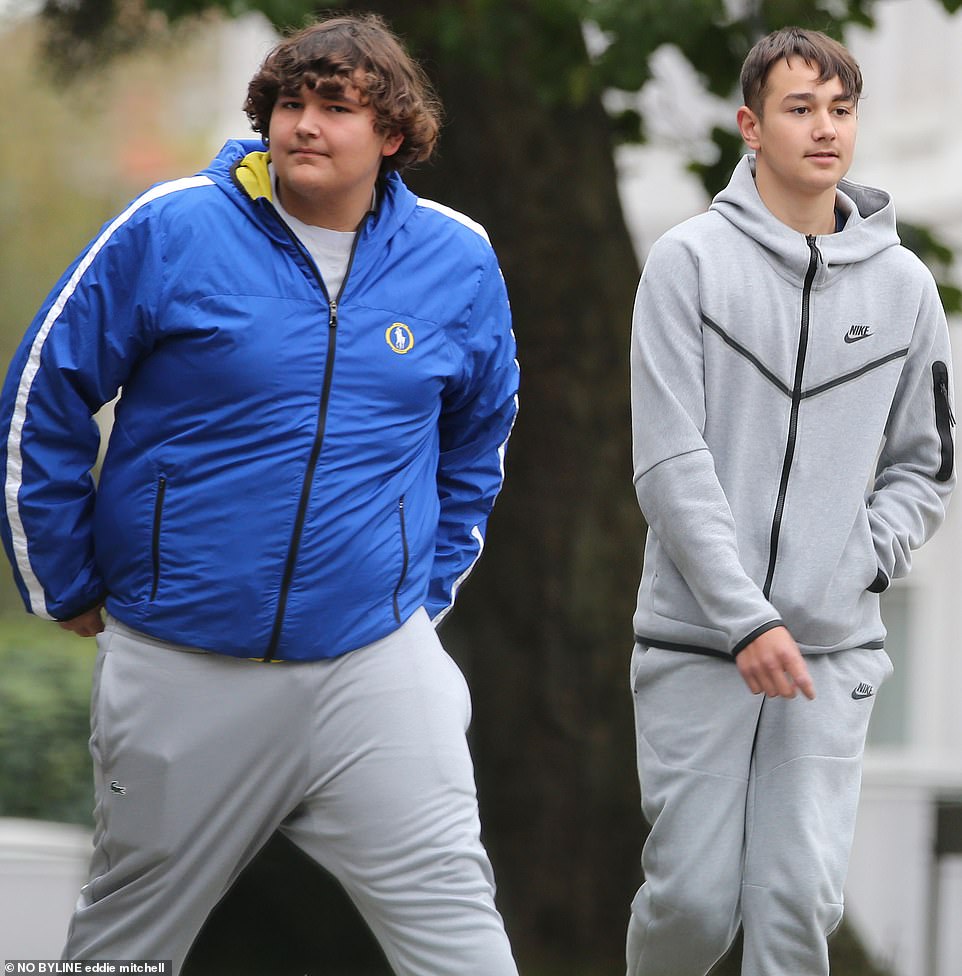 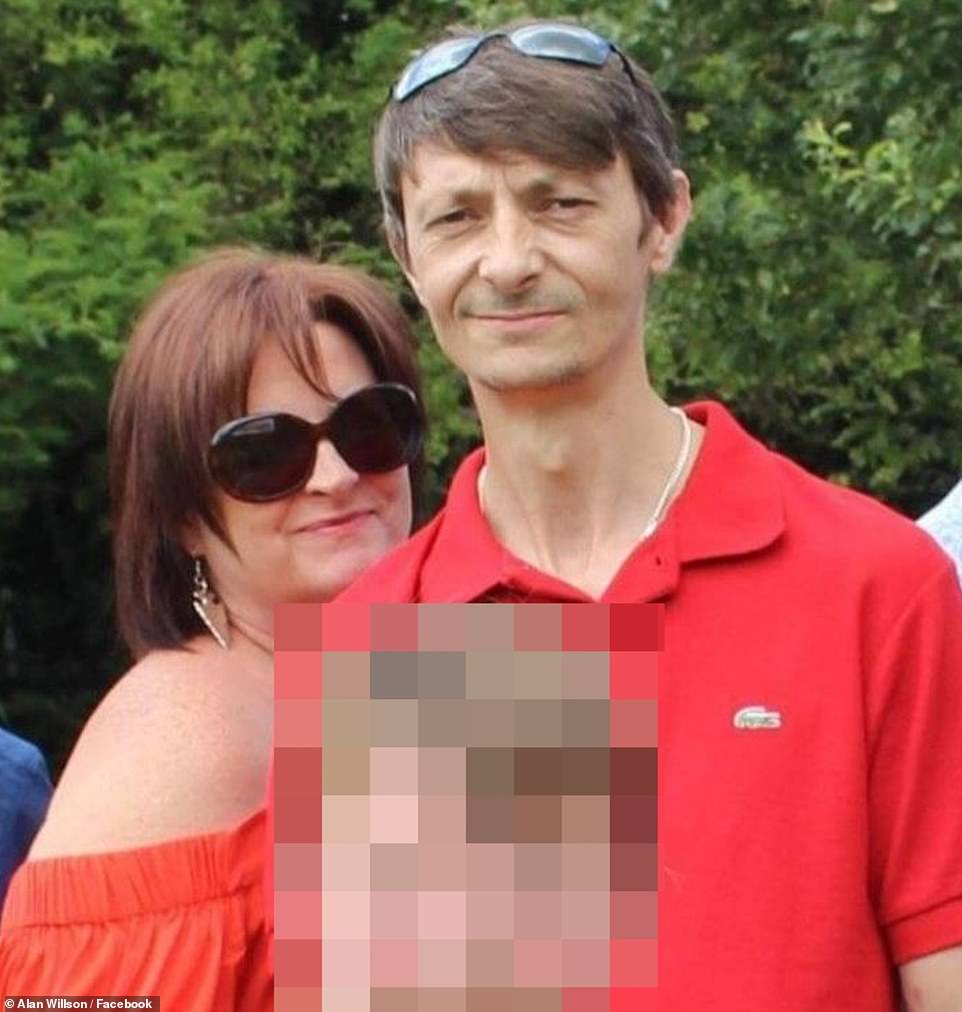 Alan Wilson, 47, was left with 'significant life-changing brain injuries' when he ran to the aid of an 11-year-old, Lewes Crown Court heard 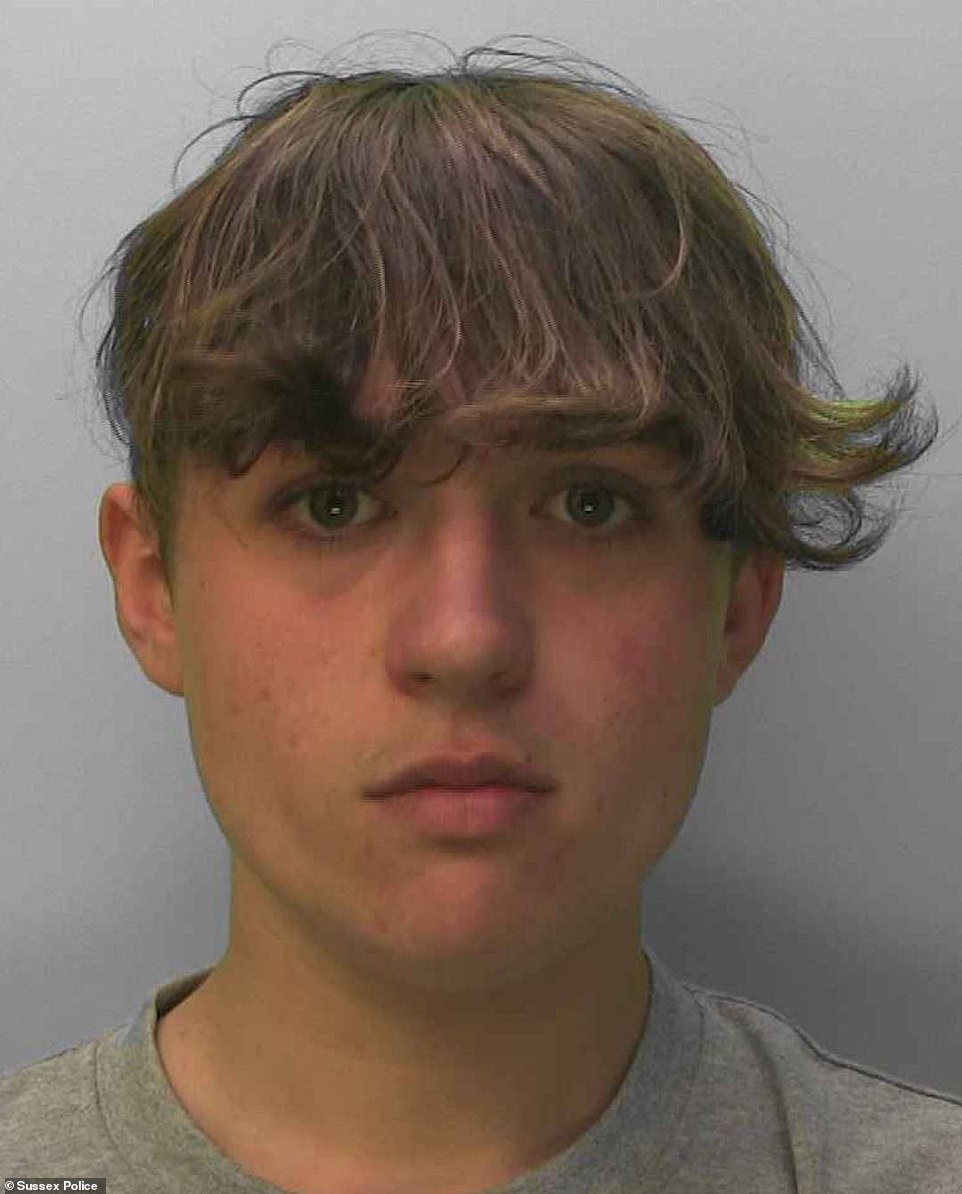 Harry Furlong (pictured), 18, from Horsham, West Sussex, joined the pair in the dock and was found guilty of GBH without intent.

Their claims of self defence were described as lacking credibility, the judge said.

'None of you had any injuries of any note following this brutal attack. This was a group activity, initiated by Archie, enthusiastically joined by George.

'Harry Furlong, yours was a lesser role. Nevertheless, you joined in,' the judge told them.

The Tilleys will be eligible to apply for parole after serving eight years. Furlong will serve at least half his 20 month sentence in custody.

The jury were shown chilling train station CCTV footage of the boys re-enacting their brutal assault on Mr Willson.

The teenagers bragged and joked as Mr Willson was being airlifted to hospital. A girl who saw the boys at the train station described to police how they were 'bragging'.

A jury in Hove heard the attack started after the boys were involved in a row with another 11-year-old over a frisbee.

Mr Willson, 46, suffered severe and life changing head injuries when he was beaten with a heavy, blunt object. He was in hospital for three months.

Asked about his recovery, wife Annie Willson said: 'He has recovered as much as he's going to. He will never speak again.

'He has no mental capacity although it fluctuates. He is continent but not always. He is the most frustrated person I've ever seen because on the days when he has capacity, he knows what he wants to say but he can't say it.'

The boy who witnessed the attack described how Mr Willson and the other three boys started arguing. 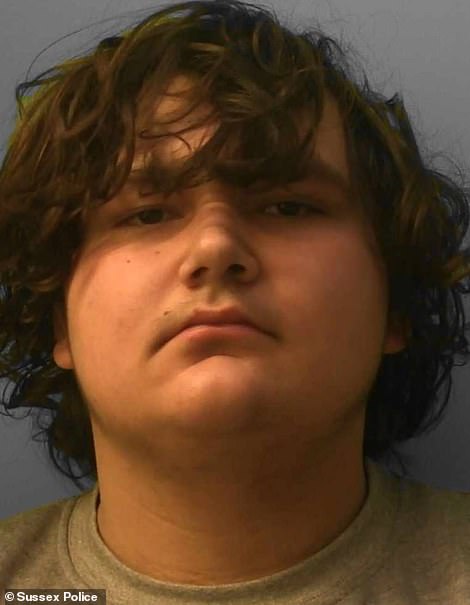 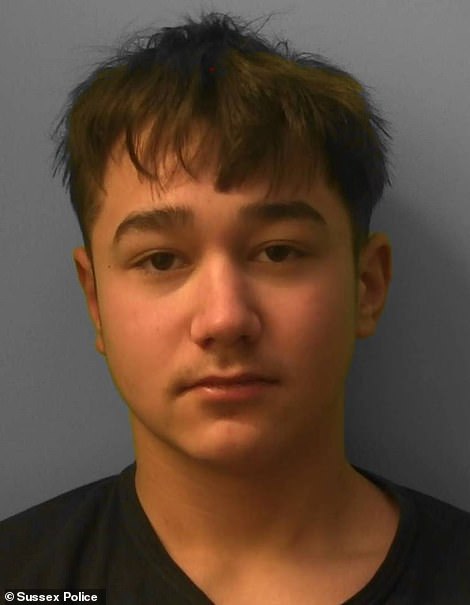 The Tilleys will be eligible to apply for parole after serving eight years. Furlong will serve at least half his 20 month sentence in custody

The boy told police: 'One of them just came like grabbing and pushing him and then they all started whacking him with like stumps or like really large thick sticks.'

Mr Willson was bleeding heavily from his ears and head when his wife found him lying on a park footpath near their home in Worthing, West Sussex.

Mrs Willson was was told by doctors his injuries were catastrophic and they did not believe he would survive.

The jury heard a harrowing list of the horrific injuries. He suffered brain damage skull fractures, facial fractures, damage to his eyes and rib fractures.

In a gripping victim statement, Mrs Willson said her life has stopped. She walked confidently to the witness box before turning to the dock and directing her words straight at the Tilleys and Harry Furlong.

Furlong and Archie Tilley followed her words while George Tilley tried not to look at her. 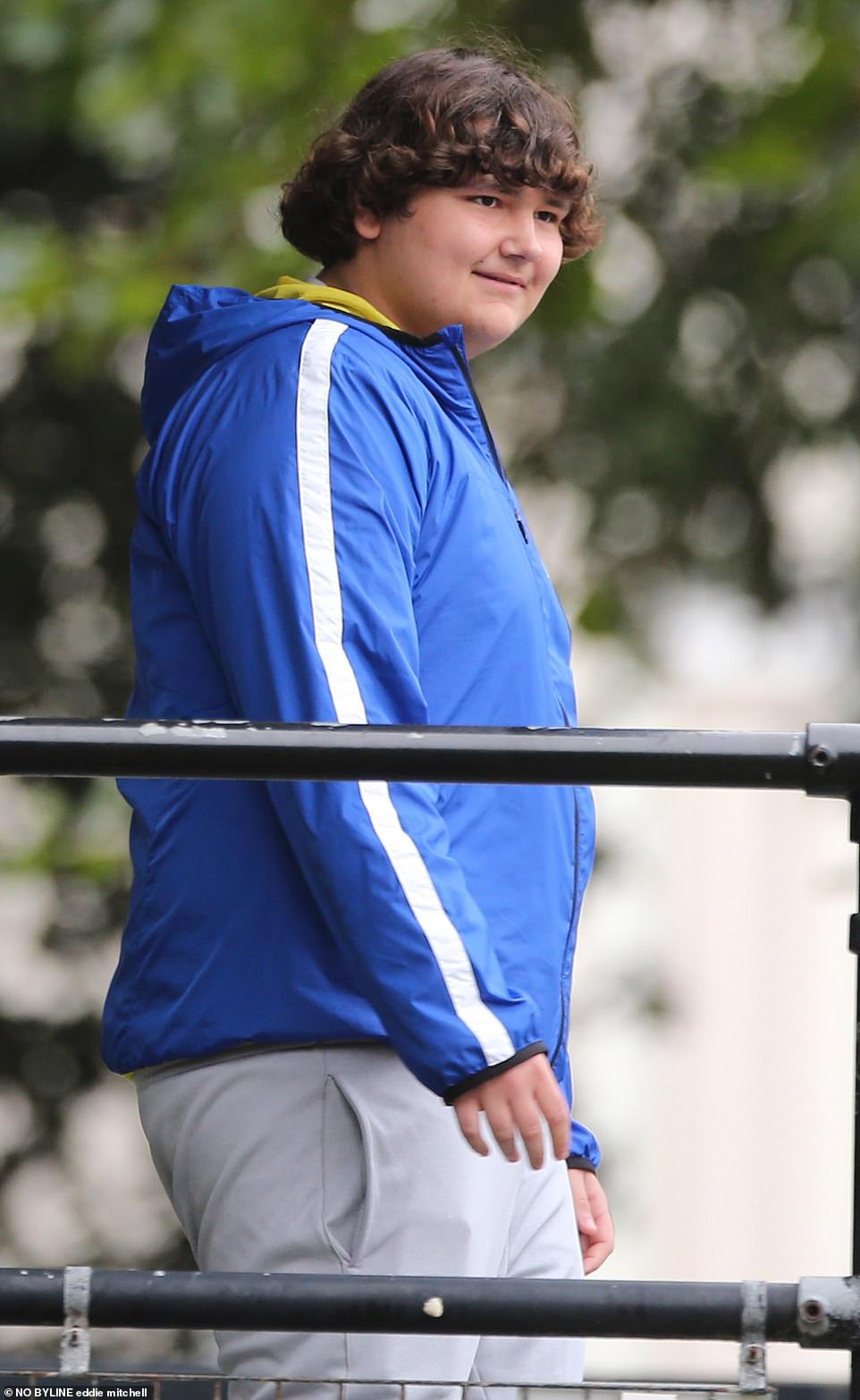 Mr Willson was bleeding heavily from his ears and head when his wife found him lying on a park footpath near their home in Worthing, West Sussex. Pictured: Archie Tilley

Mrs Willson said: 'On Sunday 4th April 2021, Easter Sunday you destroyed my family and have broken us beyond repair. I will never forget turning up in that park and seeing what you had done to my

PREV Why is Biden pursuing the ‘Holy Grail’ with a regime targeting its sitting ... mogaznewsen
NEXT Monday 1 August 2022 12:03 AM Keir Starmer faces crisis as unions' revolt grows over failure to back strikes trends now 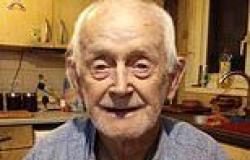 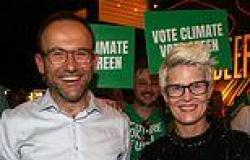 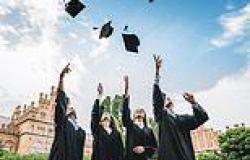 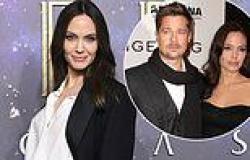 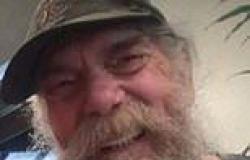