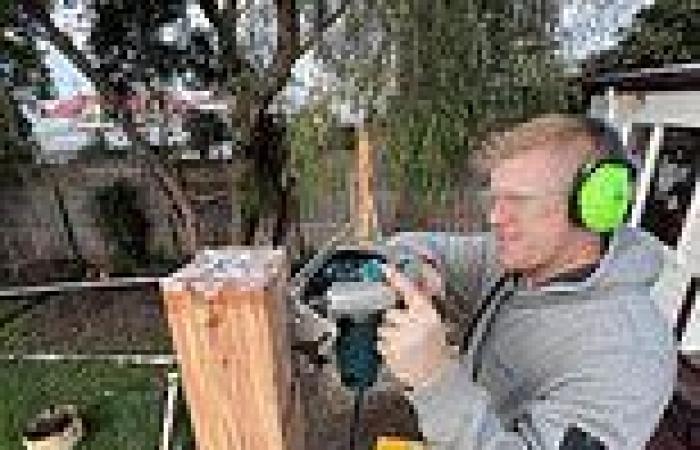 Building industry workers have been hit hard by Australia's construction crisis, and are struggling not to pass on costs to their customers.

Over the past year 85 per cent of tradespeople have increased prices with more than half forced to do so in the past three months, according to a report by jobs website Hipages.

With timber prices up by at least 20 per cent and metal prices rising 15 per cent in the past years, workers said raw materials are the major factor pushing up costs.

Feeding this is a global supply chain crisis, and a severe labour shortage post-pandemic, raising the cost of renovations and new home builds. 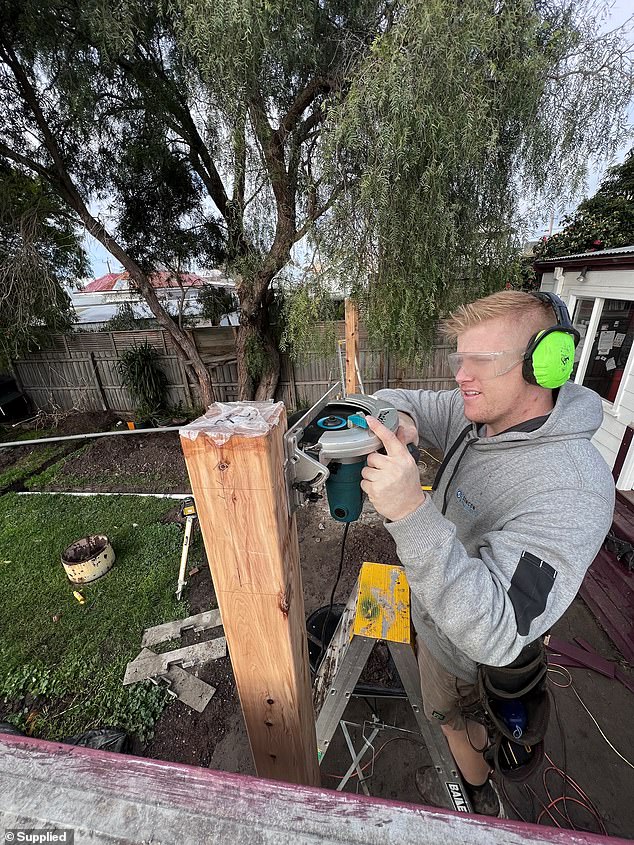 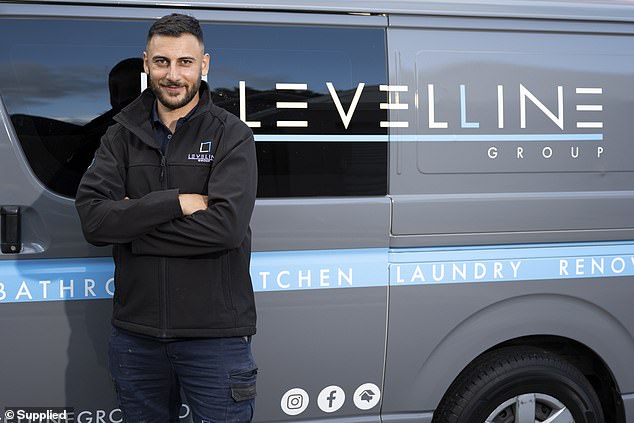 Justin Tanios, from Sydney, said most of his customers were understanding of the price pressures on tradies but not everyone could afford to pay for hikes

Geelong carpenter Donald Conway nominated material costs as the major hurdle to keeping his quotes down.

'For us, the cost of materials in the past four to five months has had the biggest impact,' Mr Conway said.

'The costs have been rising across the board from fuel to the flooding in Queensland affecting supply of certain types of timber.

'With timber going up even by say $2 per linear metre, a decking project can start to really add up quickly.'

Justin Tanios, Director of Levelline Renovations & Plumbing in Sydney, said with the cost of raw materials going 'through the roof' he was making every effort not to pass those on. 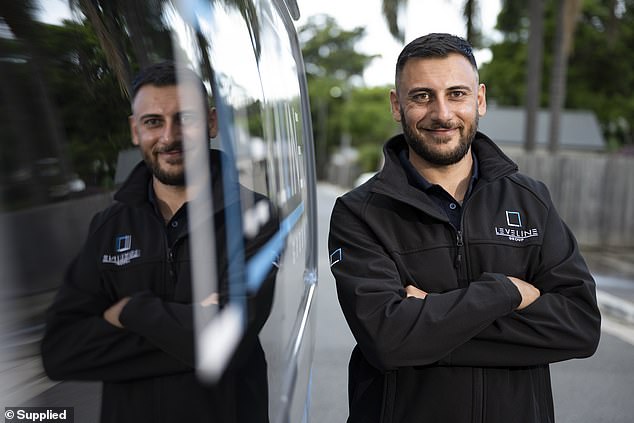 'While most people are pretty understanding of the cost pressures, there are people who aren't in a position to pay higher prices,' Mr Tanios said.

One strategy he had adopted was only taking jobs in a 15-20km local radius.

Mr Conway said he had adopted a similar strategy for his business from Doncon Carpentry, which the 24-year-old started two years ago.

'At first, I tried not to put prices up, as I really felt for anyone who worked hard to save for an exciting new home improvement project, only to

PREV Chinese planes, ships carry out simulated attacks on Taiwan: Taipei mogaznewsen
NEXT Saturday 6 August 2022 07:16 AM Anne Heche drunkenly crashed into garage and then plowed through a house ... trends now 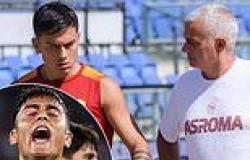 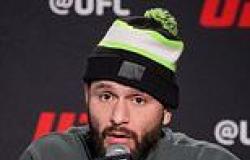 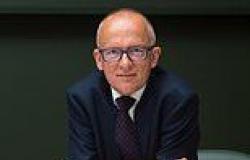 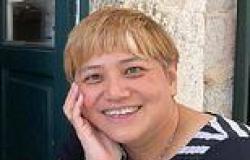 Monday 8 August 2022 05:01 PM Enormous 12-story Magellan telescope that will be the most powerful ever gets ... trends now 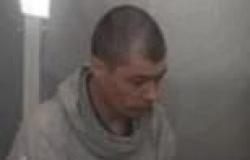