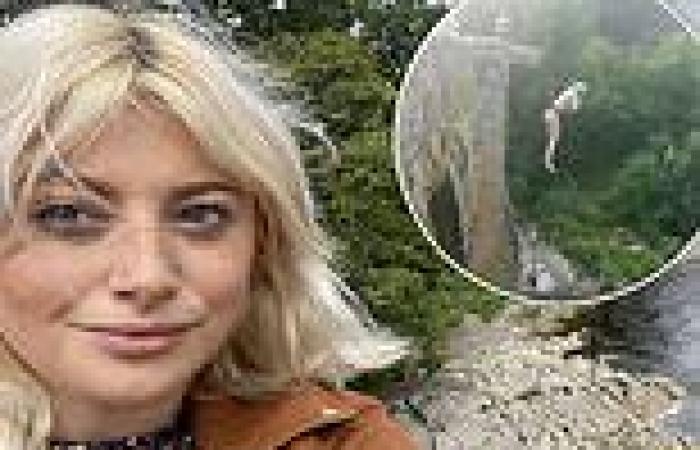 A woman was left wheelchair-bound after tombstoning from a 50ft bridge into a river on a hot summer day.

Libbey Sinden, 22, 'burst' her spine on impact, had to learn to walk again and was in a wheelchair for four months afterwards,

Last July her and some friends decided to jump from Devil's Bridge in Kirkby Lonsdale, Cumbria into the River Lune to cool off. 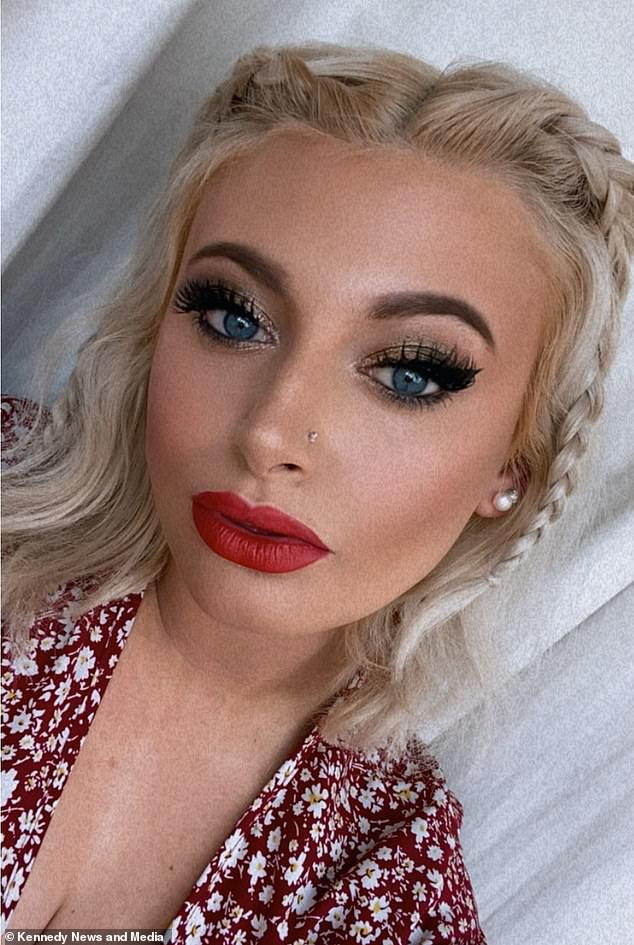 Libbey Sinden, 22, 'burst' her spine on hitting the water and knew that something had gone wrong as she struggled to get out the water 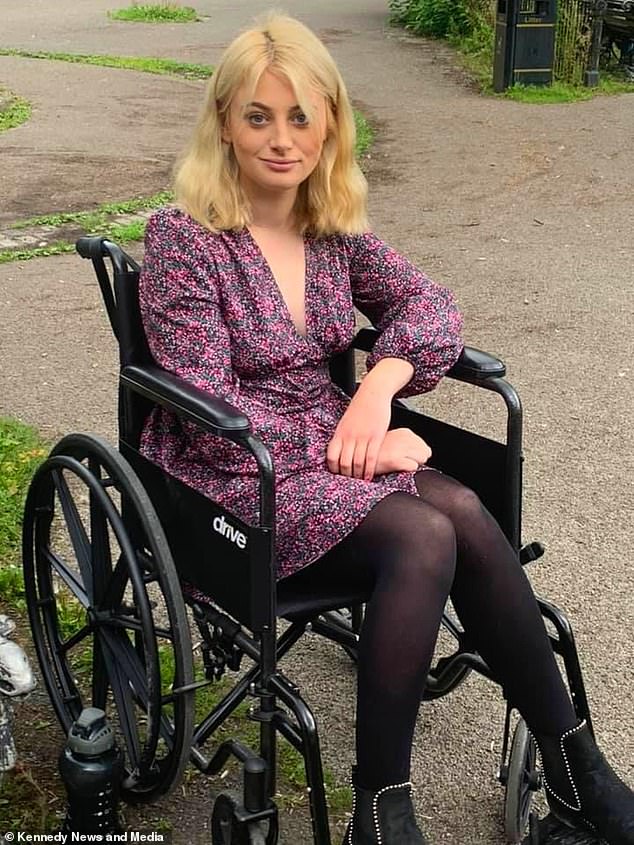 In only her swimwear she 'nervously' peered down before the major fall and said hitting the water was 'like hitting a brick wall'.

The woman from Preston, Lancashire had her fall captured on video where she also appears to struggle in the water calling out: 'I hurt my back'.

Ms Sinden, a healthcare worker, dragged herself to the edge of the water where she could do nothing but lie down in pain for three and a half hours while the fire service, an ambulance and mountain rescue were called to help her.

She was rushed off for a six-hour operation on her spine at Preston Royal Hospital. 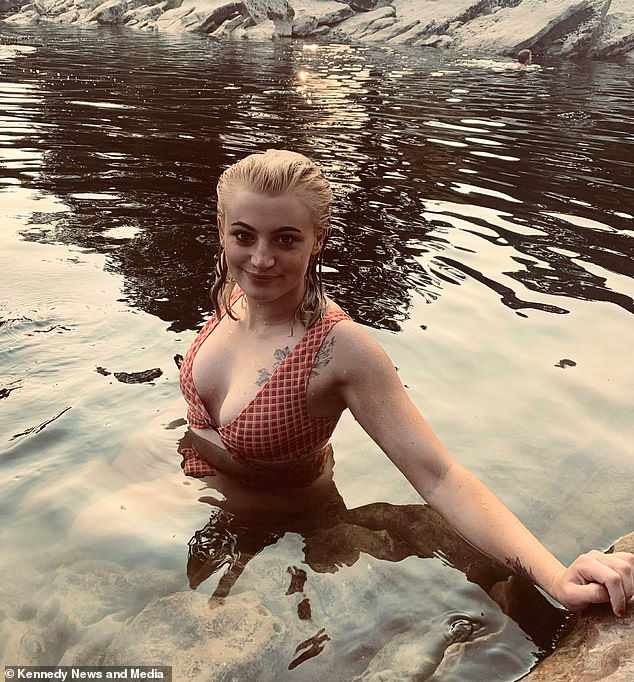 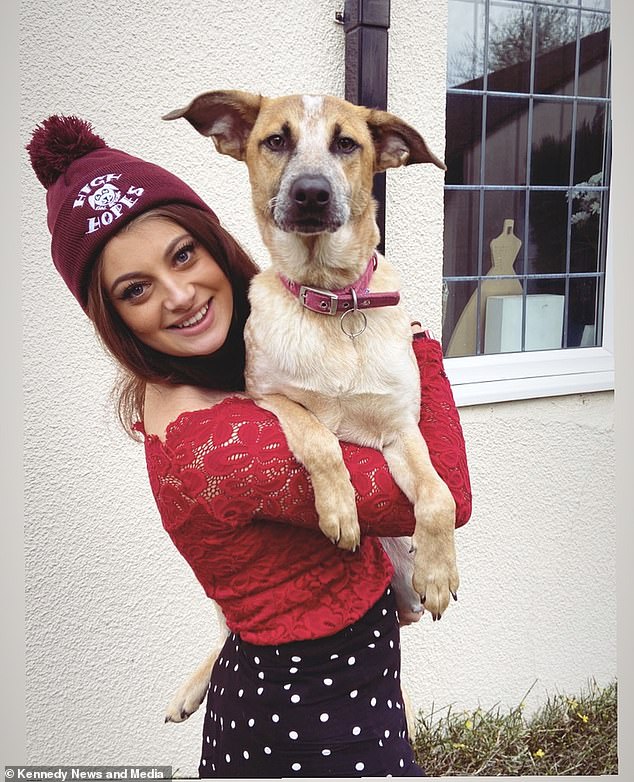 Ms Sinden now begs others not to copy her as she warns of the dangers that jumping off bridges and cliffs into water could 'change their entire life'.

She said: 'I was one of the lucky ones not to be paralysed and have any rocks underneath.

'I'd seen two people before jump in but I know over the years, hundreds or even thousands have done it.

'As I stood on the wall, I felt a bit of adrenaline mixed with nervousness. 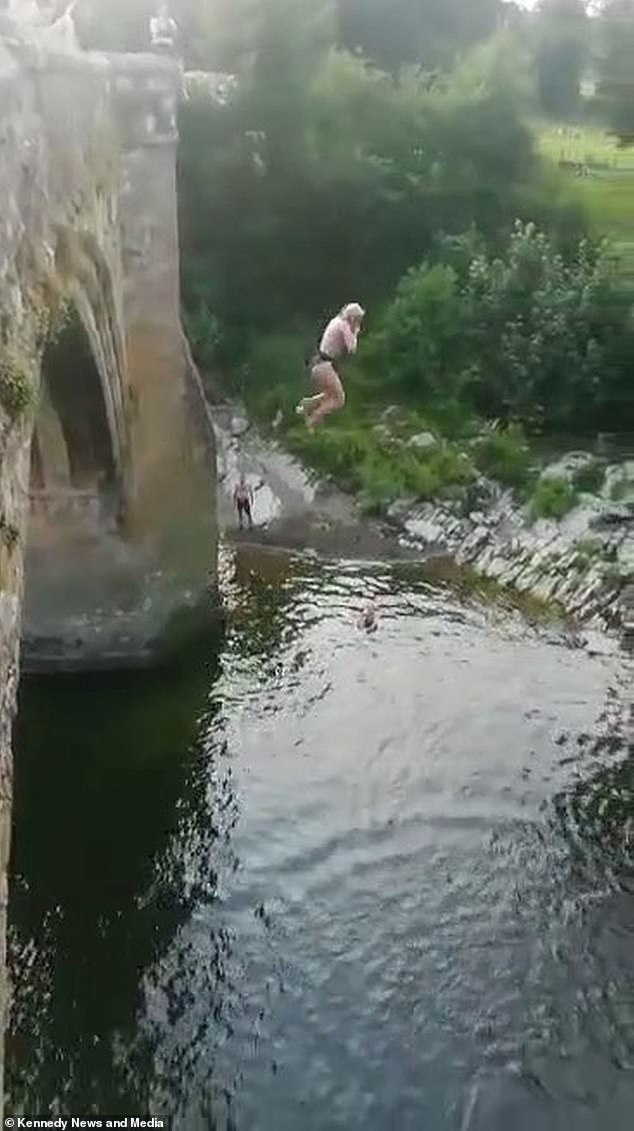 Sharing her video on Tiktok she wrote: 'I simply wanted to show what CAN happen and to think twice before jumping from a height into water so no one else makes the same mistake' 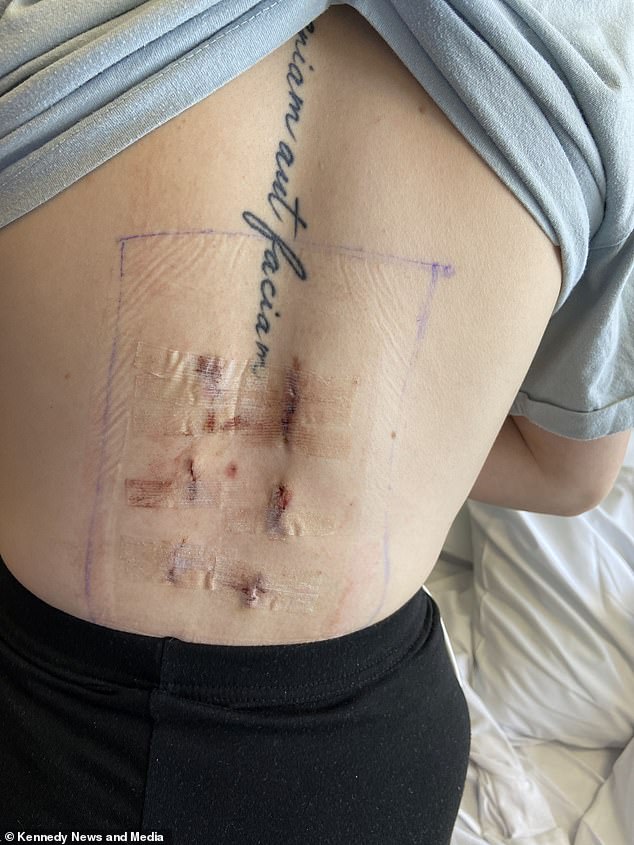 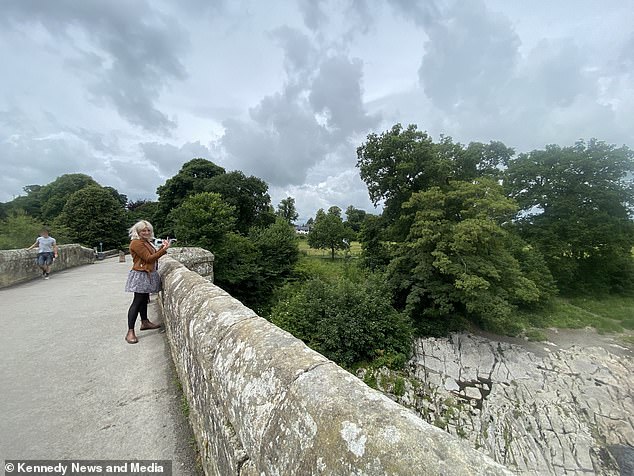 Ms Sinden at the scene of her jump in Devil's Bridge, Cumbria now

'As soon as I jumped, I felt fear before I hit the water [when] I realised how high it was. It was about 50ft high.

'I decided to give it a go but I was just unlucky. The way I hit the water, it was still rather than moving, so it was almost like hitting a brick wall.

'It caused my spine to have a burst fracture, which led to getting three fire rescue teams, an ambulance, mountain rescue and then being air evacuated to Preston Royal Hospital.

'My message to other people is that it can happen to anyone at any time and that a small decision can change your entire life. Don't do it. 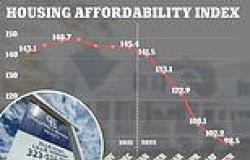 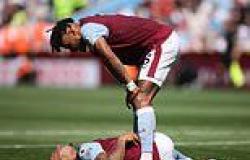 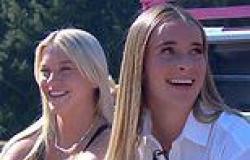