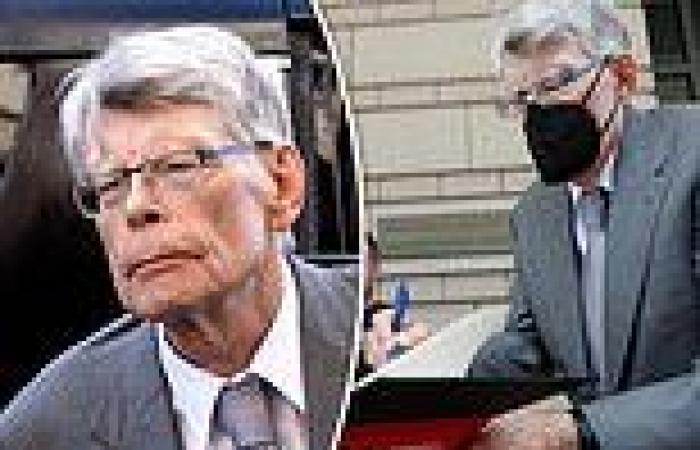 Horror author Stephen King has testified at a trial to block a $2.2billion merger between Penguin Random House and Simon & Schuster calling the proposed plans post-merger 'a little bit ridiculous.'

King, author of 'The Shining,' 'Carrie' and other blockbusters, told a court that if the two mammoth publishing houses merge and still bid against each other for books it will be like 'a husband and wife' trying to 'buy the same house.'

He is among a group of people standing against the $2.2billion merger at the antitrust trial, along with publishing executives and authors' agents.

The publishing house is owned by German media conglomerate Bertelsmann. Simon & Schuster is owned by ViacomCBS, now Paramount Global. The Justice Department filed its lawsuit in a bid to block the merger in November 2021.

King is fighting against his own publisher Simon & Schuster, who has represented him for years - as many fear that the 'Big Five' publishing houses becoming four will do harm to the industry. 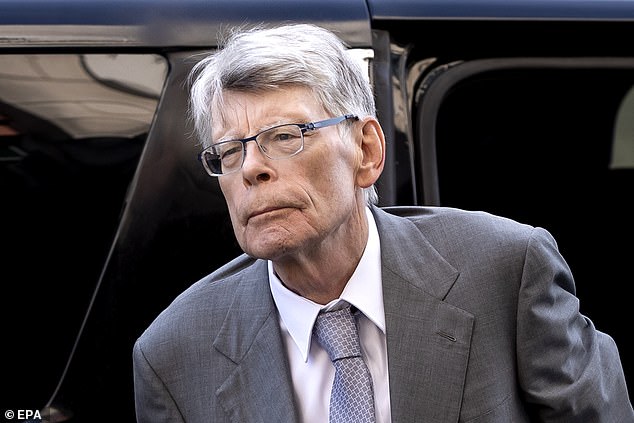 Horror author Stephen King, 74, arrives at court today to testify against his own publisher, Simon & Schuster, on behalf of the government during a trial in which the US Department of Justice is trying to convince a federal judge to prevent the proposed merger of Penguin Random House and Simon & Schuster 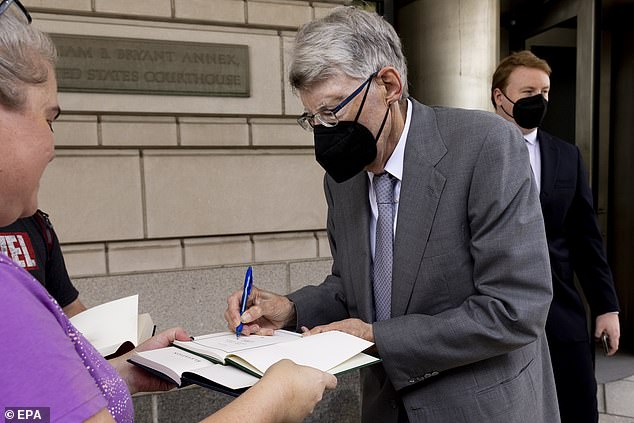 Stephen King, known as the King of Horror because of his best-selling books, signs an autograph for a fan outside the E. Barrett Prettyman Federal Courthouse in Washington, DC

If the merger goes ahead, it's feared the combined company would produce a disproportionate percentage of top-selling books in the US.

This means authors who normally have the two houses fighting for their titles would no longer reap the benefits from that competition.

Defense lawyer Daniel Petrocelli is expected to argue that the merger will only make the market for books and bidding over titles even more competitive, claiming that Penguin Random House and Simon & Schuster 'are rarely the top two bidders' for top author's new titles.

Government attorney Mel Schwarz questioned the top author during the trial, where there were moments of humor and brief flashes of gentle outrage.

Wearing an all gray suit, Stephen King started his testimony and the courtroom chuckled when a Department of Justice attorney asked King to state his occupation.

He told them: 'My name is Stephen King. I’m a freelance writer.'

The E. Barrett Prettyman Federal Courthouse in Washington DC heard that Penguin Random House promised that its imprints will still bid against Simon & Schuster for authors' titles - even if merger goes through and the companies effectively become one.

When asked about the prospect, King called the idea 'a little bit ridiculous,' and added: 'You might as well say you’re going to have a husband and wife bidding against other for the same house.'

He quipped, gesturing with a polite sweep of the arm: 'It would be sort of very gentlemanly and sort of after you, and after you.'

Telling the room why he is testifying, the author said: 'I came because I think consolidation is bad for

PREV Friday 19 August 2022 04:16 PM Hero British newlywed, 48, is killed after diving into River Nile to save his ... trends now
NEXT Monday 1 August 2022 12:03 AM Keir Starmer faces crisis as unions' revolt grows over failure to back strikes trends now 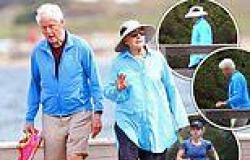 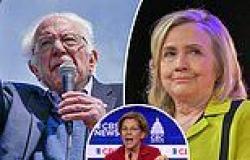 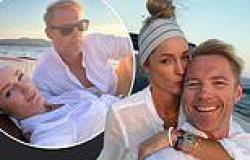 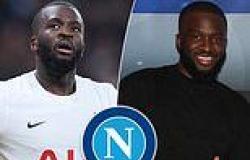