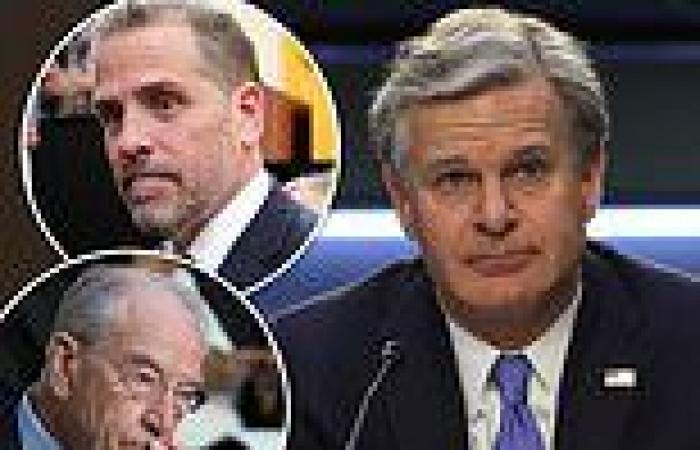 FBI Director Christopher Wray promised whistleblowers would be protected under his watch during a Senate hearing on Thursday.

It comes after Republican lawmakers claimed to have heard from current and former bureau officials and Justice Department employees who accused the FBI of attempting to discredit probes into Hunter Biden in 2020.

Grassley wrote a letter to the FBI last month claiming to have heard 'highly credible' allegations from within the DOJ that the bureau coordinated to dismiss 'derogatory information relating to Hunter Biden' as disinformation.

Without going into specifics on the president's son's case, Grassley pressed Wray on Thursday on the need to shield whistleblowers from retaliatory measures.

'I think retaliatory conduct against whistleblowers is unacceptable. They serve a very, very important role in our system,' Wray said.

The Trump-appointed FBI chief did not answer directly when Grassley asked whether he'd commit to not seeking the whistleblowers' identities. 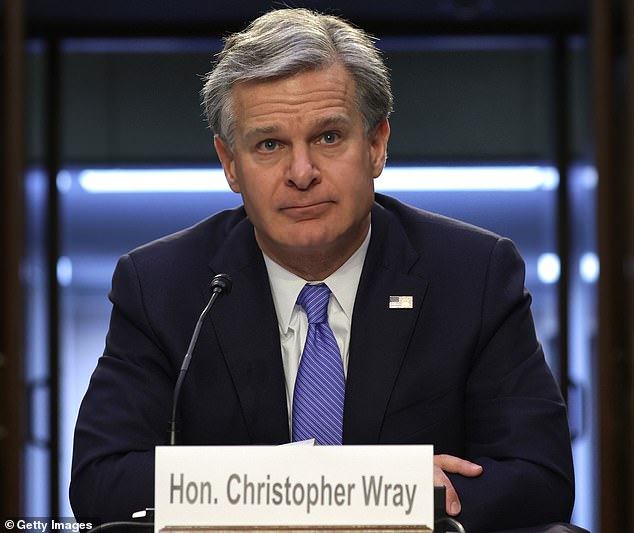 'We will be scrupulous in our adherence to the rules related to whistleblowers,' Wray said instead.

'Obviously, if there are allegations of misconduct by FBI employees, we want to make sure that- that we get that information, so that we can use the tools that we have to go after that conduct.'

He repeated, 'But certainly I condemn, in the strongest possible terms, any prospect of retaliation against whistleblowers.'

Again keeping his question vague, Grassley asked Wray if evidence of foreign actors making 'improper or unlawful financial payments' to US elected officials or 'politically exposed persons' would be a 'national security concern'

Teflon Don? What is Trump being investigated for and will anything stick? mogaznewsen 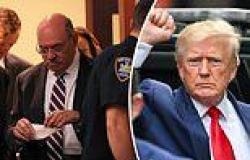 Friday 19 August 2022 02:28 AM Trump CFO Weisselberg flipped after being spooked by Mar-a-Lago raid and ... trends now 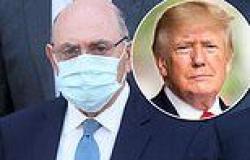 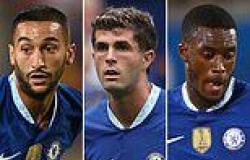 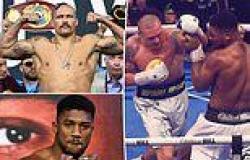