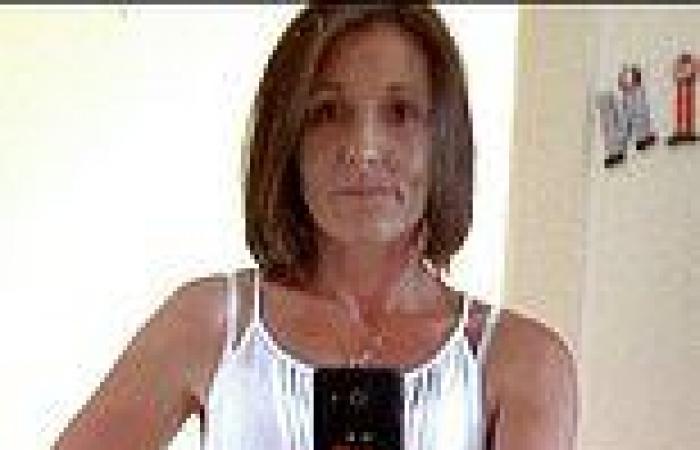 When word spread through Warrnambool that Kevin Knowles had been murdered, more than a few locals wanted to buy his killer a beer.

Situated on the east coast of Victoria, Warrnambool is largely known for its rugged coastline and Kermond's Burgers, which has a national profile for its burger with the lot despite it not coming with beetroot.

Knowles had tormented the town for much of his wretched 49 years above ground. 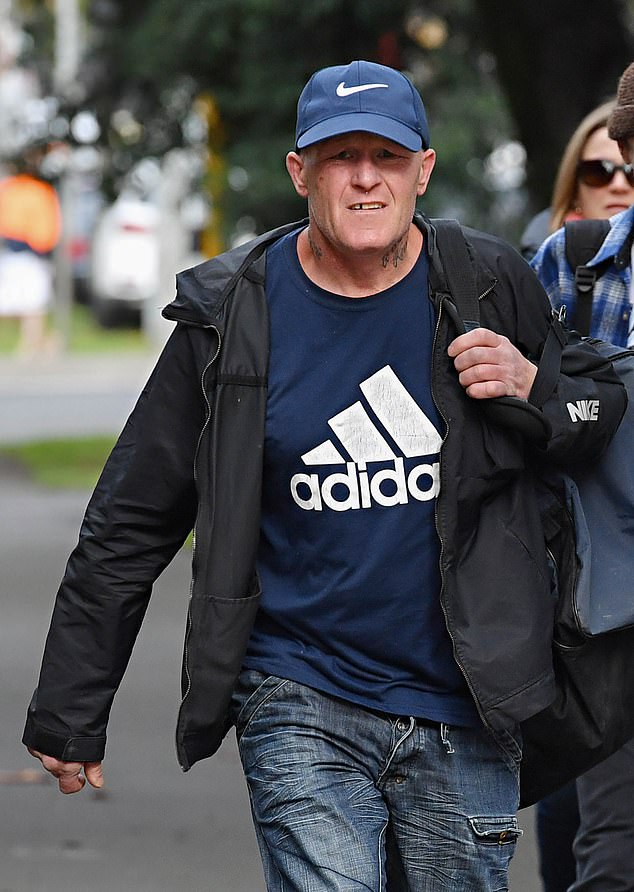 Kevin Knowles was among two shot dead in Kirkstall on Friday. He is pictured arriving at the Coroners Court in June 2019 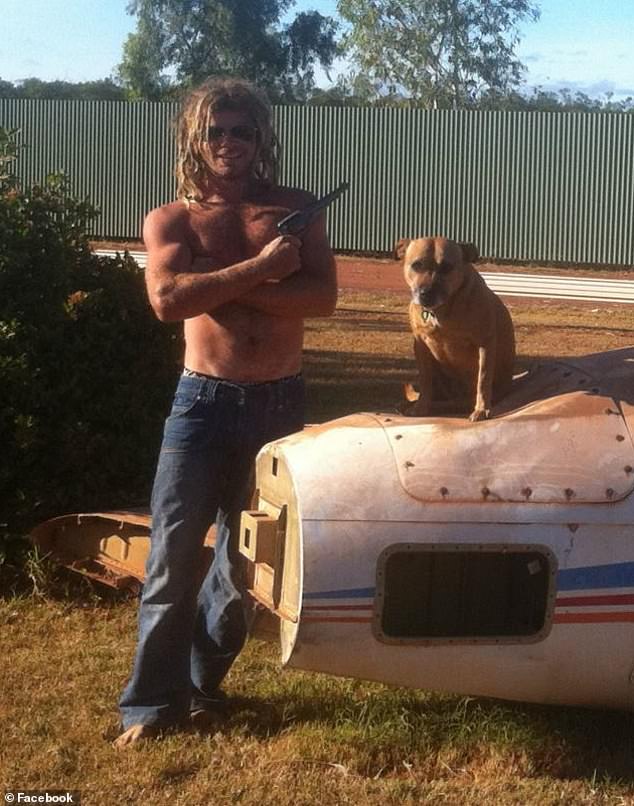 Travis Cashmore, 45, armed himself with a shotgun and blasted Knowles and his associate 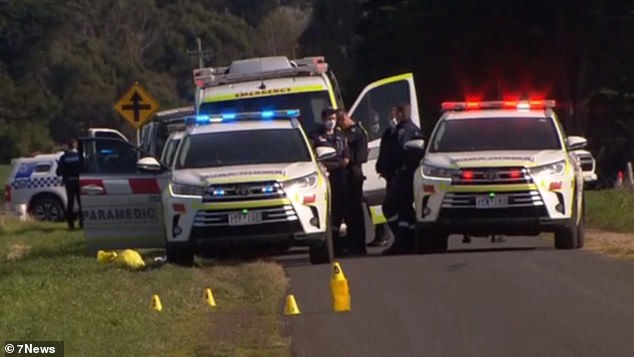 On July 22, he and his acquaintance Benjamin Ray were gunned down in broad daylight a few kilometres from Knowles’ home in Kirkstall, north-west of Warrnambool.

The reasons why Travis Cashmore, 45, did what he did that day died with him.

His body was found at his nearby home after he turned his gun upon himself after dispatching the pair.

'Trav! You and the Kirkstall community are now free from Kevin Knowles. RIP.'

In the hours after the double murder suicide, locals interviewed by roaming television reporters expressed shock at the killings.

Behind closed doors, no-one was really that surprised about how it was Knowles came to meet his end.

Knowles had long been both loathed and feared in the community.

At the time of his death his rap sheet stretched on for more than 50 pages.

He was also suspected of committing at least two murders, including that of his long suffering partner Amanda Bourke, 44.

While some might say it's in poor taste to speak ill of the dead, not many who spent time in Knowles' company would cast such aspersions.

Exactly what drove Cashmore to pull the trigger on Knowles, and his unfortunate mate, will be covered in a police report to the coroner.

What is publicly known is that 'Benny' Ray was most likely taken out by Cashmore in the heat of the moment.

The 48-year old Dubbo man, in New South Wales, hadn't been in Victoria all that long and had reportedly only recently met Knowles at the bus stop. 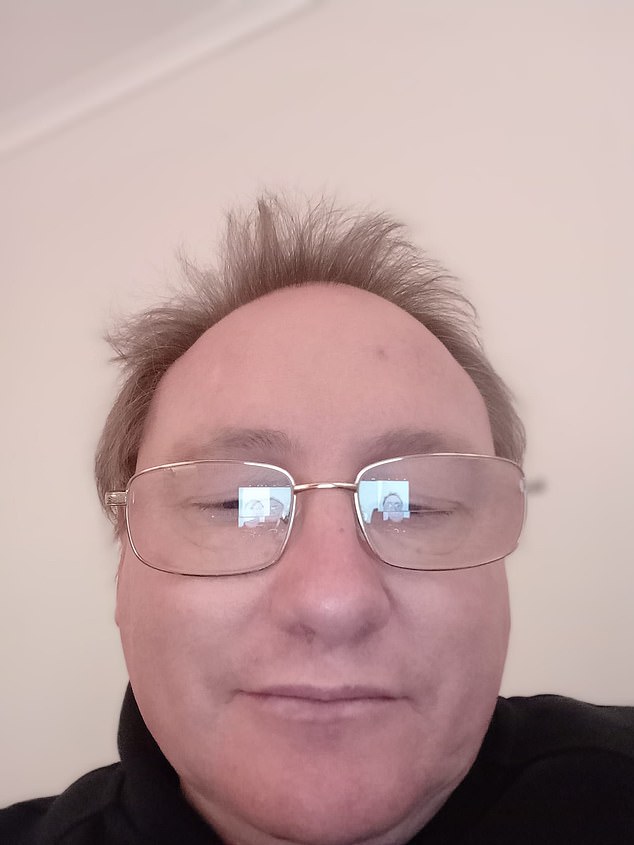 Wong place, wrong time: Benjamin Ray was run down and then shot by Travis Cashmore 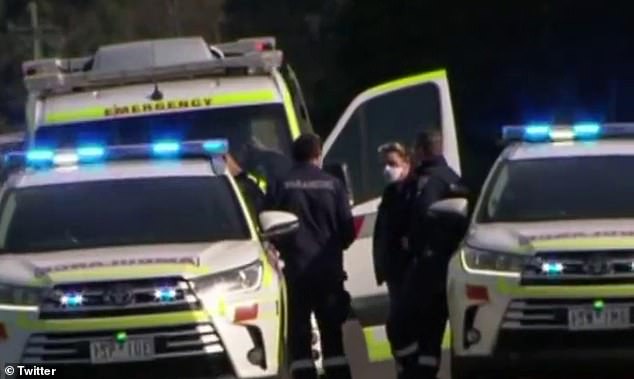 Cashman was found dead at a property nearby on Chamberlain Street shortly after the shooting (pictured, emergency services on  Kirkstall-Koroit Road)

He had been planning to return home up north to visit when he advised a mate he needed to attend to something, The Age reported.

'Hey mate, still coming to Dubbo. I won’t be there on Monday, sorry mate. But will be there next week. Something’s come up that I have to attend. See you mate when I get there. Bye,' the message read.

The father of three would be run down on 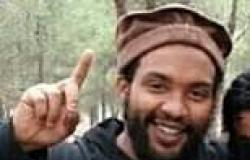 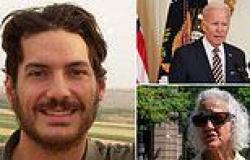 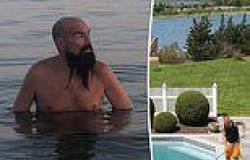 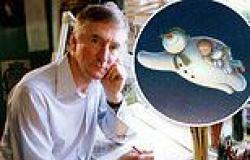