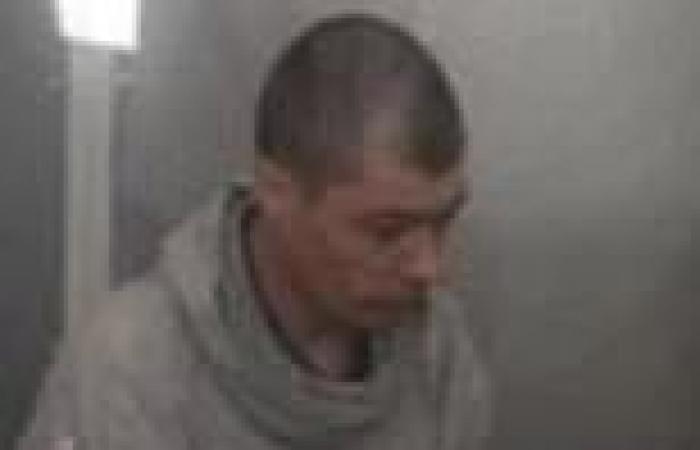 A Russian soldier has been sentenced to 10 years in jail after he was found guilty of firing a tank at a multi-storey apartment building in the first days of the Ukraine war.

Mikhail Kulikov blitzed the residential block in Chernihiv on February 26 and he was captured days later.

A court in the city has now found him guilty of violating the laws and customs of war, interior ministry official Anton Herashchenko said. 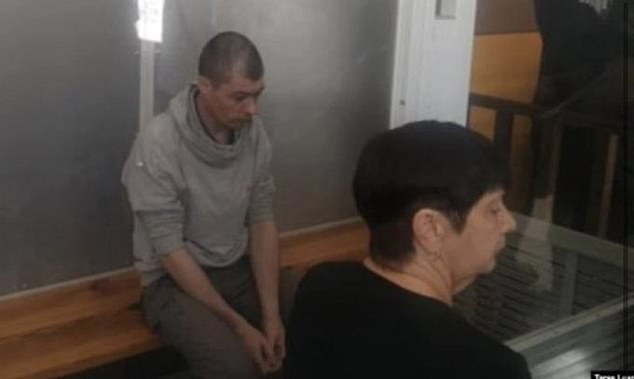 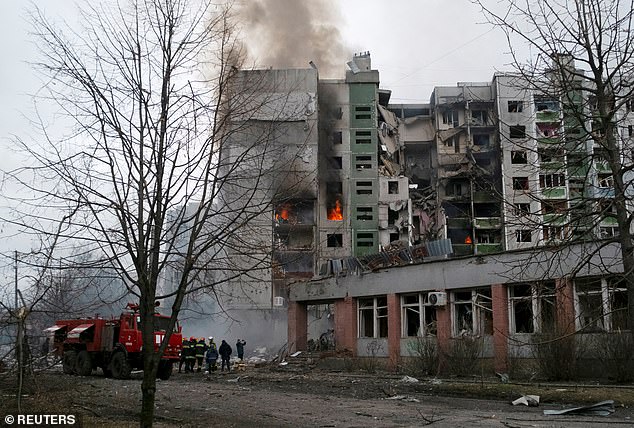 The Russian blitzed the residential block in Chernihiv on February 26 and he was captured days later. Pictured: a burning building in Chernihiv - it is not the same building targeted by Kulikov

Kulikov pleaded guilty to some charges and sought a more lenient punishment because he said he had been following orders, the Ukrainian general prosecutor's office said.

The residential block that was hit in the city of Chernihiv was not a military target or being used for military purposes, it said.

Russia denies its forces deliberately target civilians in what it calls a special military operation.

Ukraine is investigating almost 26,000 suspected war crimes that were committed during the war and has charged 135 people, its chief war crimes prosecutor told Reuters last week.

Of those charged, around 15 are in Ukrainian custody and the remaining 120 remain at large, the prosecutor said

Ten days ago, a Russian tank commander who became the first of Putin's soldiers to be jailed for war crimes saw his life sentence reduced to 15 years on appeal. 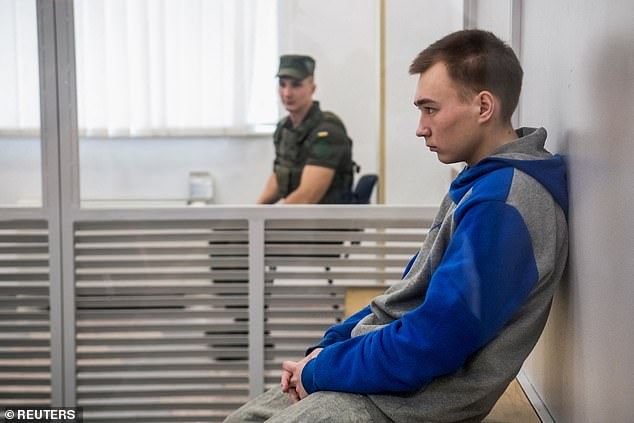 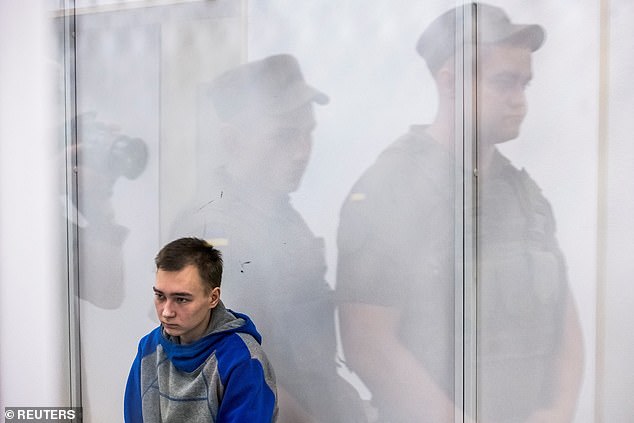 He was later captured and brought to Kyiv for trial, where he pleaded guilty to war crimes charges back in May

He was later captured and brought to Kyiv for trial, where he pleaded guilty to war crimes charges back in May.

But the baby-faced killer's lawyers appealed, saying the sentence was unduly harsh given he had admitted wrongdoing and was acting on the orders of a superior. 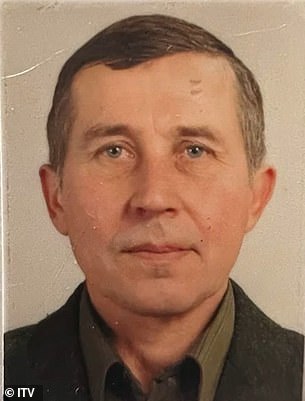 Oleksandr Shelipov, 62, was pushing his bike along the street when Shishimarin shot him several times in the head

An appeals court in the Ukrainian capital agreed and cut the penalty to 15 years. Viktor Ovsyannikov, Shishimarin's lawyer, had been asking for 10 years.

Ovsyannikov said it is highly likely that Shishimarin will at some point be traded back to Russia in a prisoner swap.

Mr Shelipov had been pushing his bike along a road in the Ukrainian village of Chupakhivka when he encountered Shishimarin and men from his unit, who were riding in a stolen civilian car.

Fearing that Mr Shelipov - a veteran of the Soviet military - was going to report their location to Ukrainian forces, Shishimarin's superiors ordered him to kill the man.

He fired several shots at Mr Shelipov's head from an automatic rifle, killing him.

During the trial, Shishimarin told the court that he shot Oleksandr as he and several other Russian soldiers were retreating and trying to rejoin their units in Russia.

The soldiers found a civilian car, a Volkswagen, which they hijacked. 'We wanted to get to where our army was and go back to Russia,' Shishimarin said.

'On our way as we were driving, we saw a man. He was talking on the phone. He said he would give us up.'

Shishimarin said another Russian soldier in the car, who he said was not his commander and who he called an 'unknown' soldier, 'told me to shoot.' 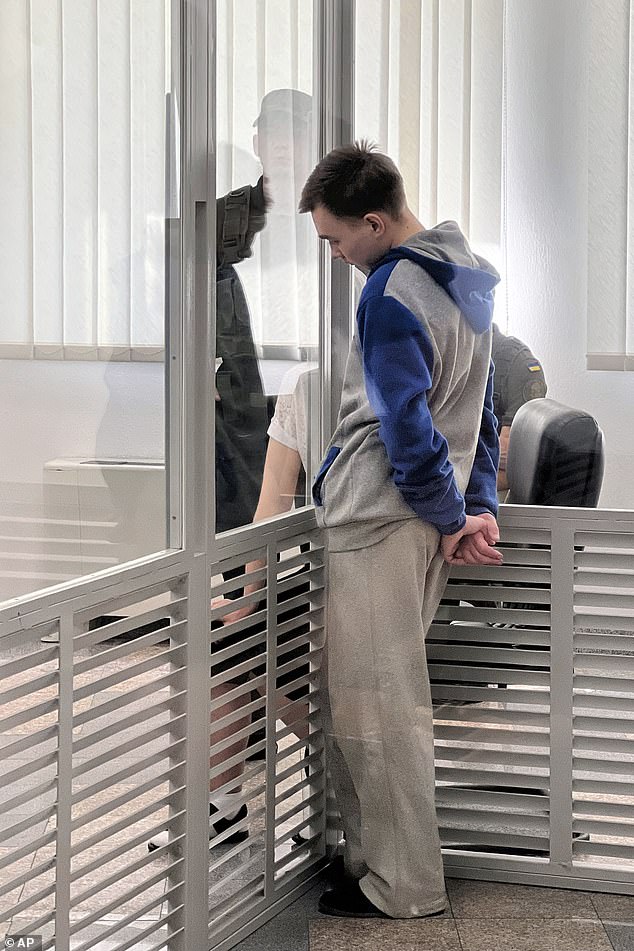 During the trial, Shishimarin told the court that he shot Oleksandr as he and several other Russian soldiers were retreating and trying to rejoin their units in Russia 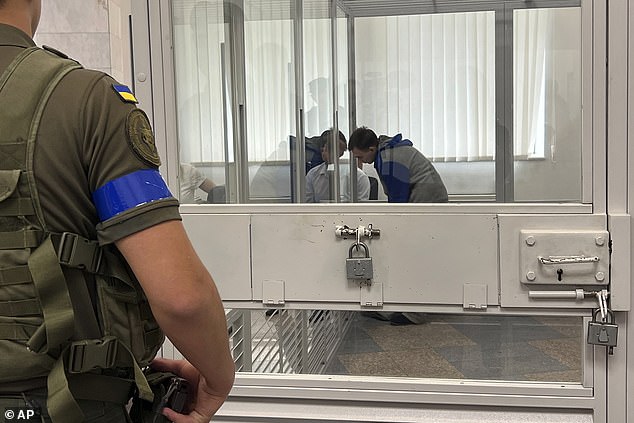 'He started to say in a forceful tone that I should shoot,' he told the court.

'He said that I make up a danger if I don't. I shot him at short range. It killed him.'

Oleksandr's wife Kateryna Shelypova had confronted Shishimarin in the Kyiv court and asked him what he felt when he killed her husband.

'Tell me what did you feel when you killed my husband? Do you repent of this crime,' Kateryna asked the former soldier as he stood in the dock, looking straight ahead.

'I admit my guilt. I understand you can't forgive me. I ask forgiveness,' he said.

Kateryna added: 'Tell me please, why did you come here? To protect us? From whom? From my husband who you killed?'

Kateryna told the court that her husband was a tractor driver who was not carrying a weapon and was dressed in civilian clothes, according to quotes from Ukrainian 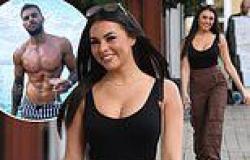 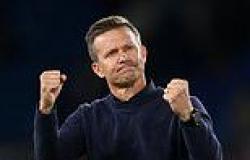 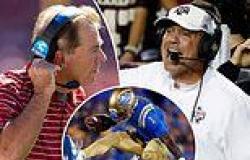 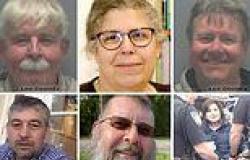