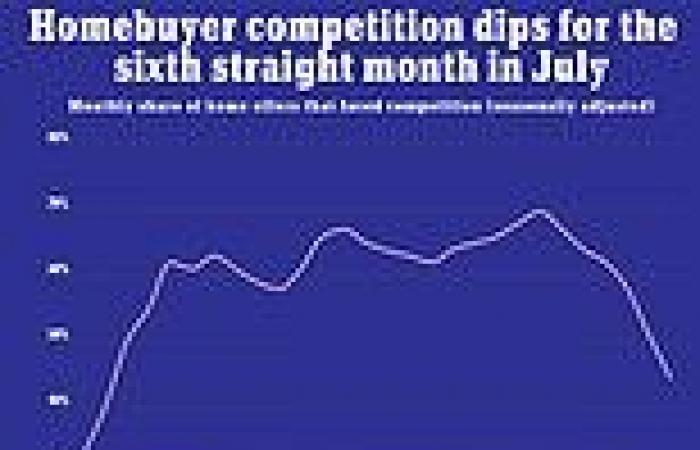 Bidding wars for homes have dropped to their lowest rate in more than two years, in another sign of the cooling housing market, according to an industry report.

Nationwide, agents for brokerage Redfin faced competing offers in just 44.3 percent of their bids in July, down from 63.8 percent a year ago, according to a report from the company on Friday.

It marked the sixth straight month of decline competition rates, and the lowest share on record aside from April 2020, when the COVID-19 pandemic froze the national housing market.

Rising mortgage rates and home prices that remain at record highs have increasingly pushed prospective homebuyers out of the market - a shift that is giving buyers more power in negotiations, but making sellers fear a looming collapse in prices. 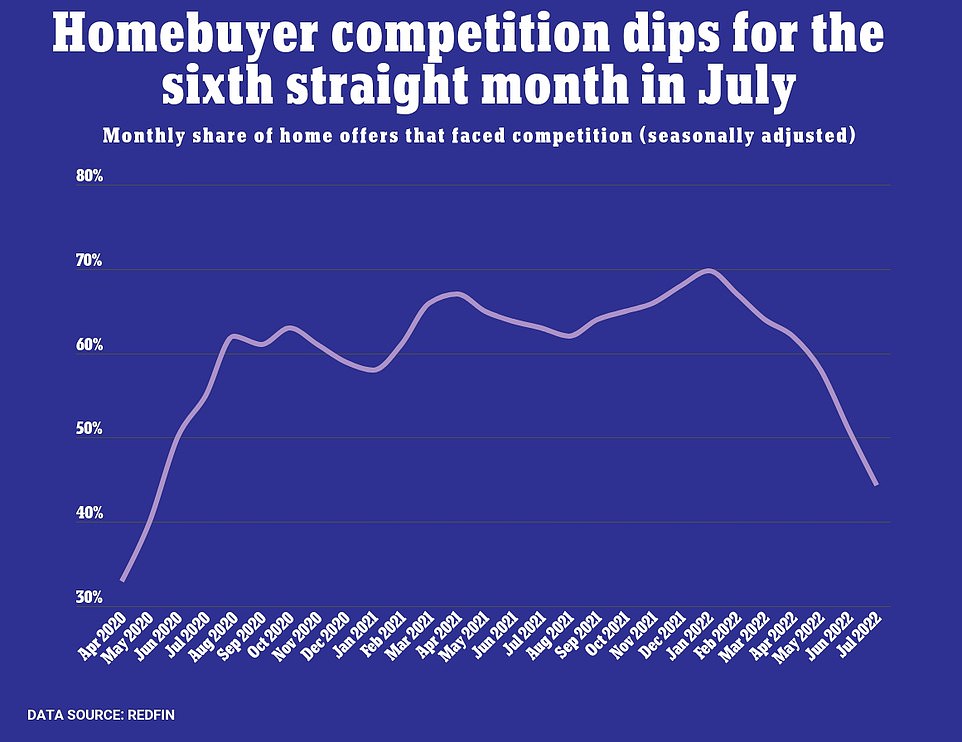 Nationwide, agents for brokerage Redfin faced competing offers in just 44.3 percent of their bids in July, down from 63.8 percent a year ago and the lowest share since April 2020 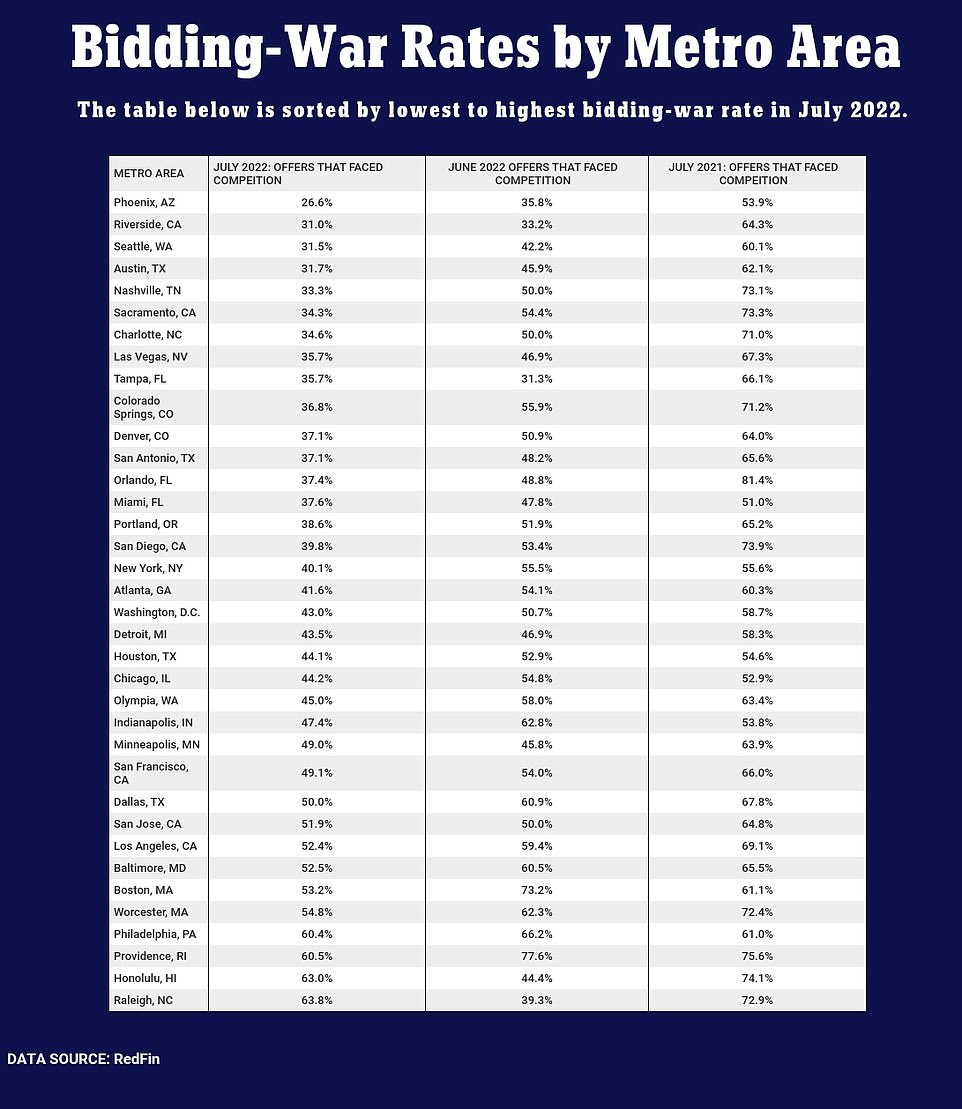 Phoenix had the lowest rate of bidding wars in July, while Raleigh's housing market remains hot, with the most competing bids

'The market is wildly different than it was a few months ago. Buyers are competing with one to two other offers instead of four to eight. Some aren't facing competition at all,' said Alexis Malin, a Redfin real estate agent representing buyers in Jacksonville, Florida.

'There's not the same sense of urgency. House hunters are scheduling tours four days in advance instead of one, and they're becoming much more selective,' he added.

'If a home doesn't check all of their boxes, they're waiting until they find one that does. Six months ago, buyers were taking any house they could get.'

The Redfin report found that Phoenix, Seattle and Austin, Texas had the lowest level of homebuyer competition last month. 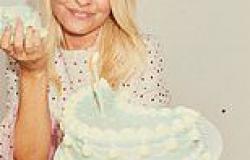 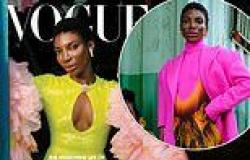 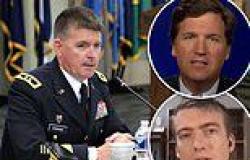 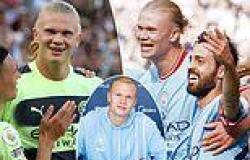 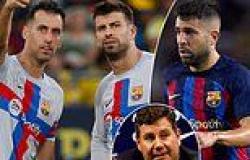